I can't resist a few more pictures of the ice in Meaford harbour, from last Friday.  The pattern of the loose slushy ice floes, constantly moving up and down as the waves passed through the ice was something to see!  If you didn't check out the video in Friday's post, watch it here; I find it really mesmerizing. 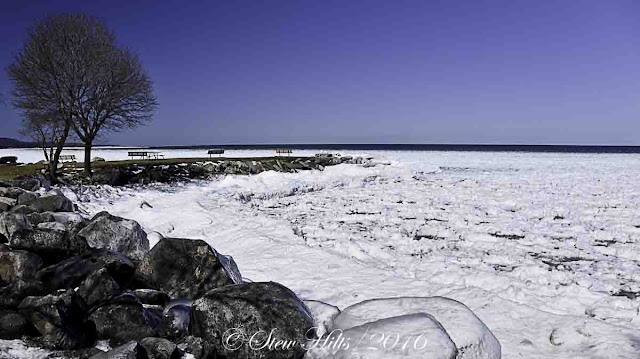 It was certainly a brilliant blue-sky day, but the unusual accumulation of loose floating ice along the shoreline reflected the previous 3 days of north-east winds off the bay. 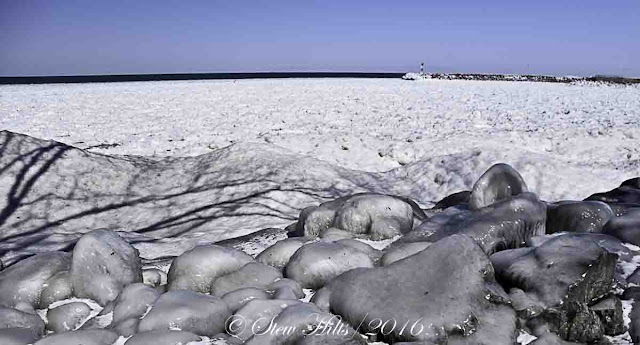 Many of the boulders along the shore were heavily coated with ice, and the inner harbour was all full of ice. 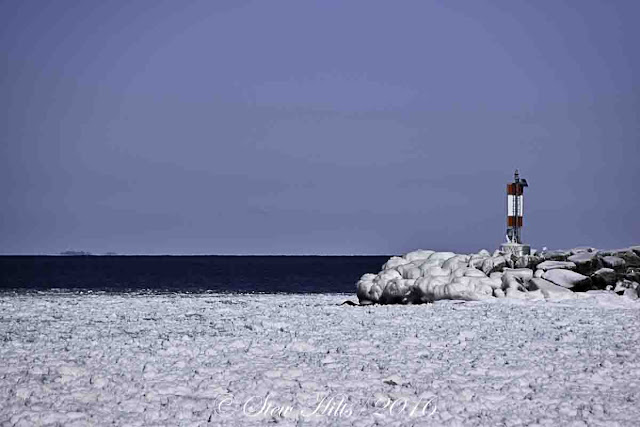 The breakwall with the harbour light had a heavy build-up of ice from the waves crashing over it and wrapping around it. 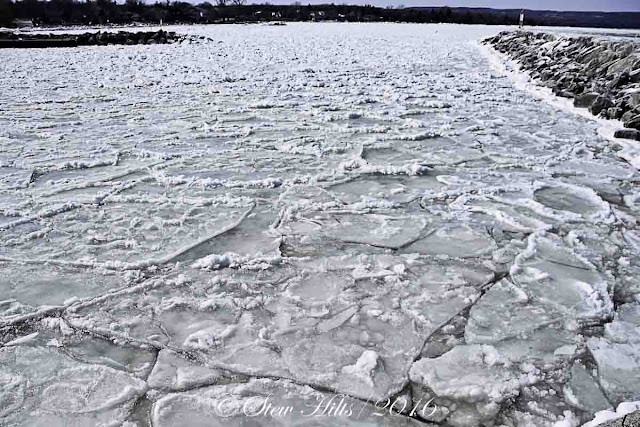 The inner part of the harbour was a mixture of larger flat ice floes that had floated down the river, and the loose slushy ice circles that had washed in from the bay. 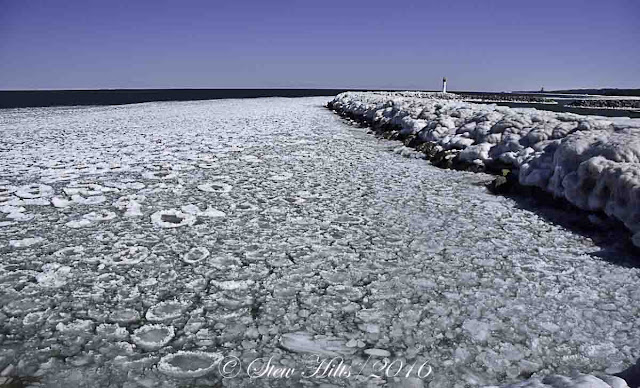 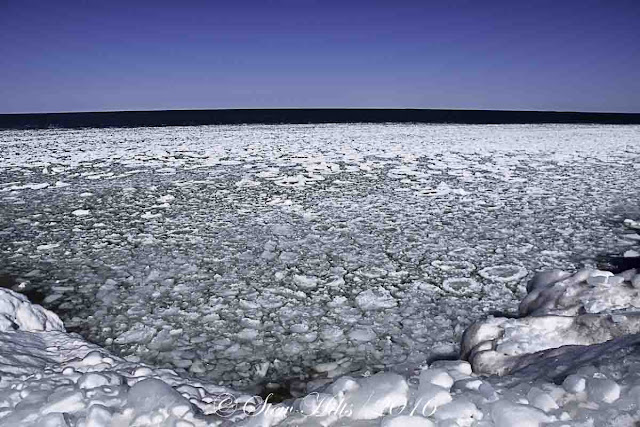 But outside the breakwall, was this crazy pattern of floating ice and slush.  This is where I took the video, watching the waves roll underneath this ice and wash up on the boulders. 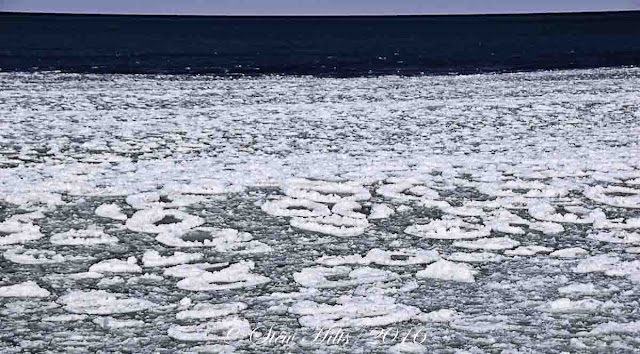 Much of the ice had formed these circular patterns, which I don't know the name of or reason for.  But just using my imagination, I'm guessing these are partly slushy chunks of ice bumping into each other and building up a ridge of white ice around the edge of each piece.  Let's call them 'slushy circle ice floes'. 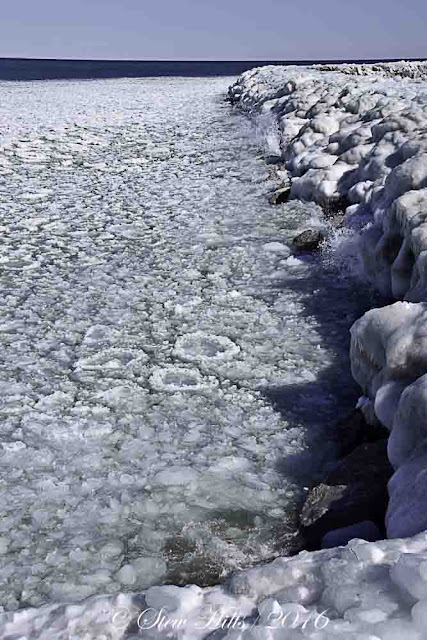 In any case, it made for some spectacular late March scenery on this shore of Georgian Bay.