Thornbury Harbour, where I shared pictures of the ice formations yesterday, is still clogged with ice.  Inside the harbour walls the ice ranges from flat but broken ice floes to that slushy white ice in circular patches that I found last week in Meaford. 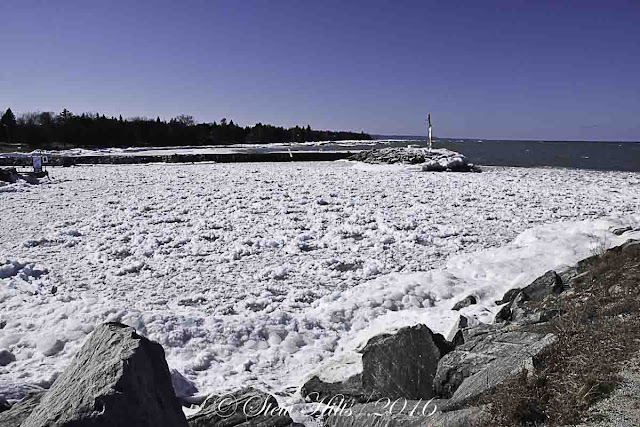 Looking west from the main pier, the inner harbour is still ice-filled, but you can see the waves of Georgian Bay washing in to the shoreline further west.

There is lots of ice along the shoreline to the west as well.  I actually caught the little green light in the top of this harbour light - though what a green light means at this time of year I'm not sure! 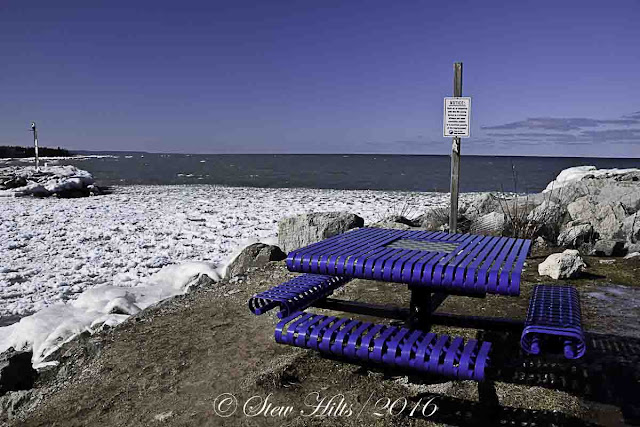 I think this was the coldest picnic table in North America yesterday, with a bitter Arctic wind rolling in across Georgian Bay.  We hurried back to the car to get warm. 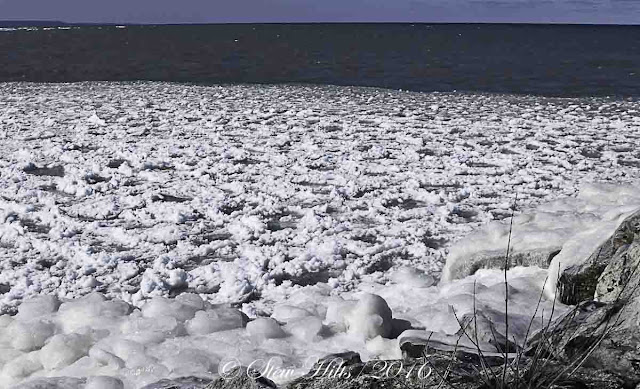 But not before I noticed those slushy circular icy patches, moving hypnotically up and down as the swells rolled in underneath them. 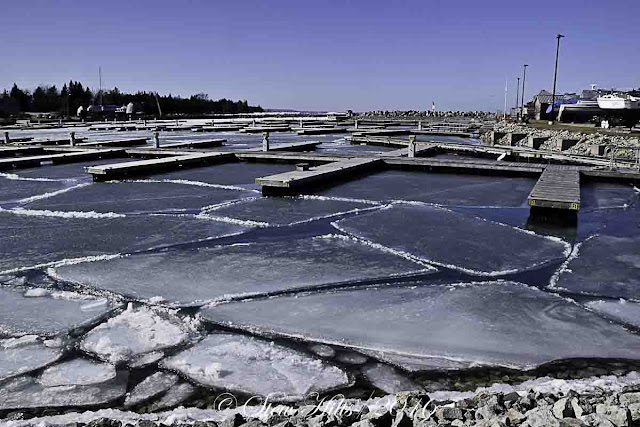 Over on the other side of the inner harbour, where the waves don't roll in beyond the sailboat docks, the ice was still in flat ice floes. 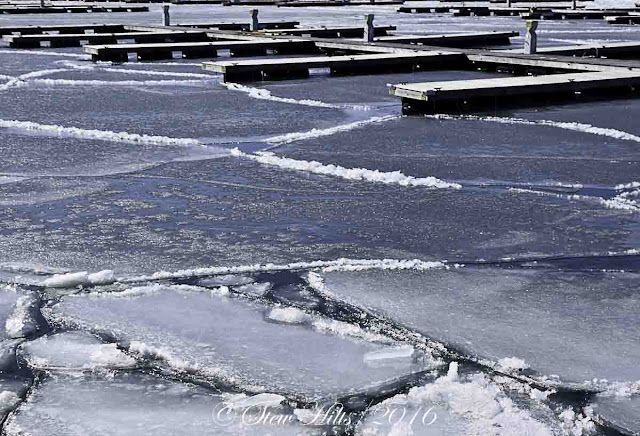 But then I realized, the white ice building up along the edges of these floes as they move back and forth and bump into each other, is all step one in creating those slushy circular ice patches further out.  I've learned a bit about how ice disintegrates at this time of year here.