After almost all our snow disappeared in a 10 day early spring warm spell, winter has returned, at least for a bit.  The temperature dropped 25° overnight to -18°C, and we've now had the three coldest days of the winter!  From one extreme to the other.  We also have nearly 10" of fresh snow, though it's nice and light and fluffy, so easy to deal with.  And Monday/Tuesday are supposed to be warm again! 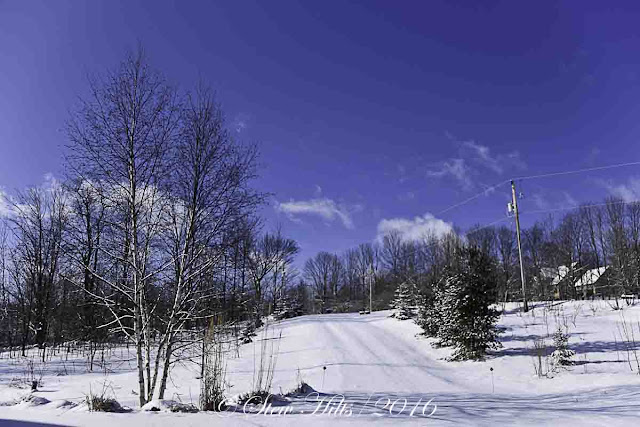 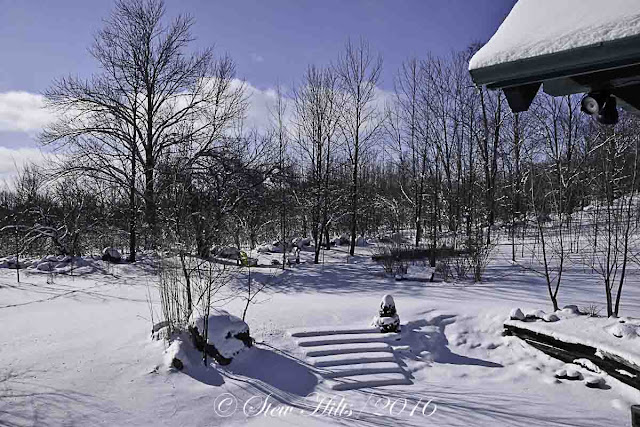 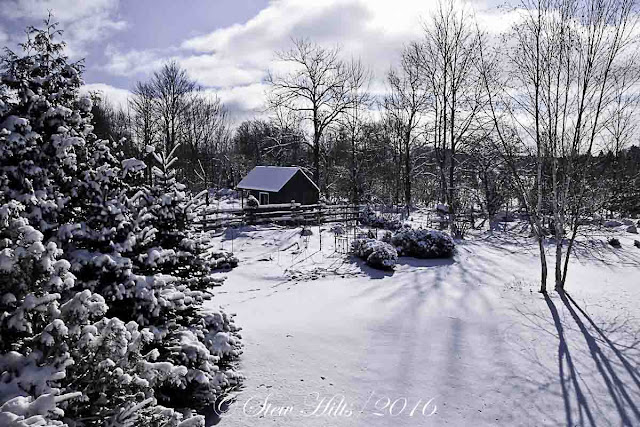 Today was simply a beautiful winter day, sun shining and blue skies, though it was quite cold.  I realized that there was a slight cold north breeze when I went for my walk.  In fact it was frigid, but if I turned around to face the sun I could feel the warmth.  It's a sunny spring day when you feel a 20° difference on two sides of your body! 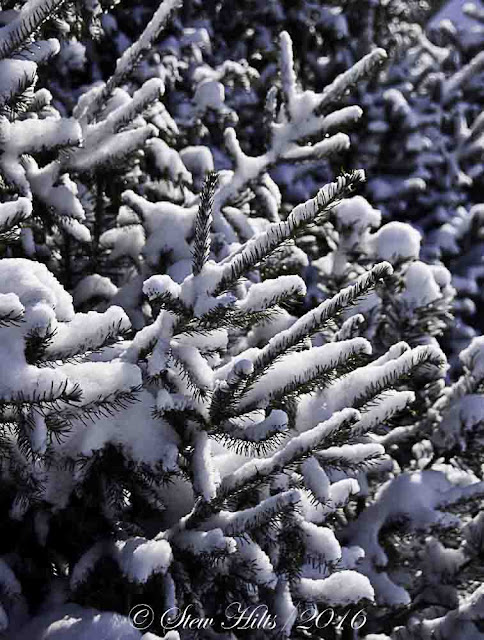 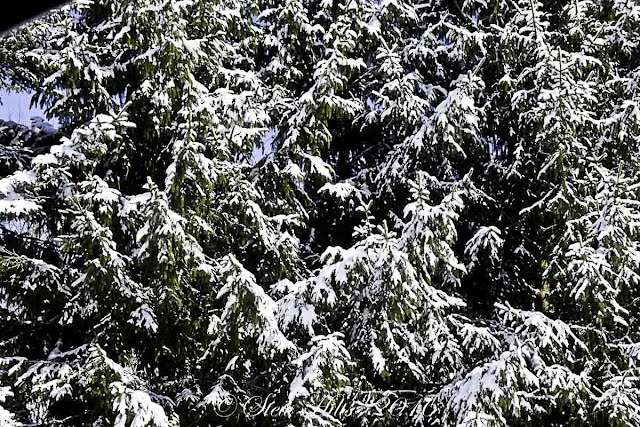 This morning snow decorated every branch.  I didn't bother blowing snow off the driveway because you could drive through it so easily. 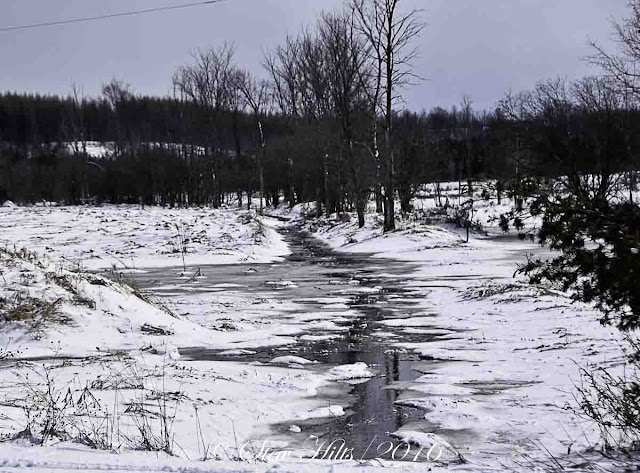 The streams and the pond down the road that had unfrozen and were running high have all partly frozen again, enough that snow patches could form on the pond.  They will be melted again by Tuesday according to the forecast. 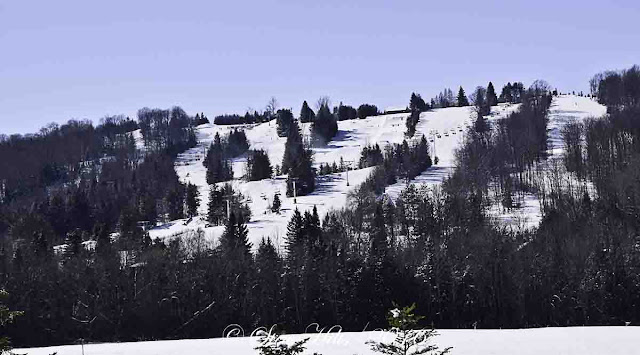 I expect the ski club breathed a huge sigh of relief and made snow as fast as they could overnight.  They will be trying hard to keep the hills open until the end of March Break, two weeks from now.  It's a significant loss if they can't stay open for March Break. 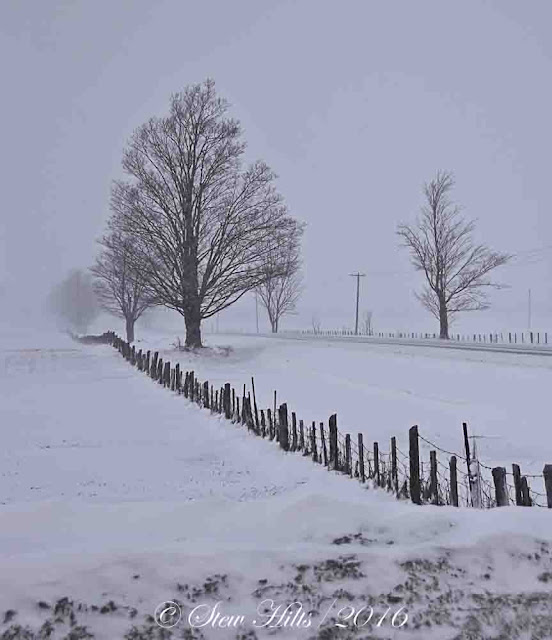 It was brilliantly sunny at home on Friday, but as I headed north for coffee in Meaford, the sunny skies only lasted a couple of miles.  Then I was going through quite a bit of falling snow for 10 miles.  All Thursday's bare fields were white again. 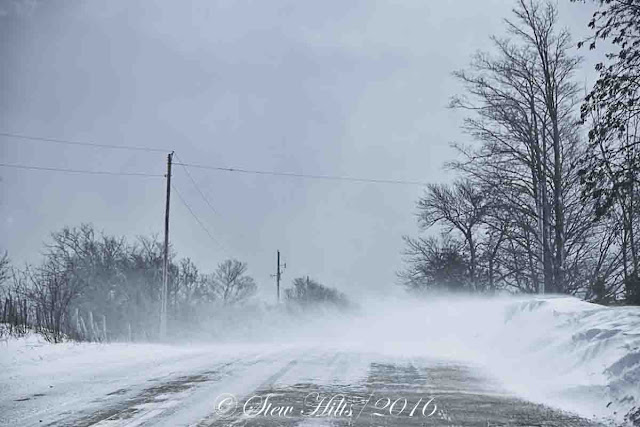 There was enough of a westerly breeze blowing that there were some brief bits of poor visibility.  One of the disadvantages of that light fluffy snow is that it gets picked up and blown about so easily.  This blowing snow only lasted about 100 feet, but it sure made things feel like winter again!