We headed up to Meaford on Georgian Bay today, Mrs. F.G. to a Quilting Guild meeting, and myself to have coffee with a friend.  We had lots of time, so we also got in a walk along the harbour shoreline.  The skies and water were a stunning blue, set off by the white ice in the foreground. 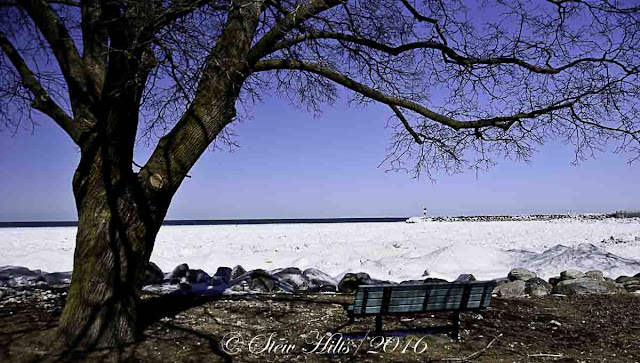 We found very unusual conditions along the shore.  There has been a fierce north or north-east wind for the past 3 or 4 days, blowing all the loose ice out in the bay into shore.  It's formed a dense patch of slushy ice for 100 yards or more out from land. 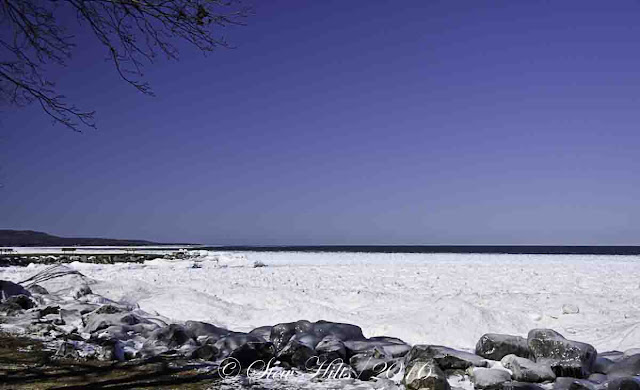 It looks solid, but it certainly isn't; in fact it's moving up and down as the waves roll in beneath the ice - check out the video below. 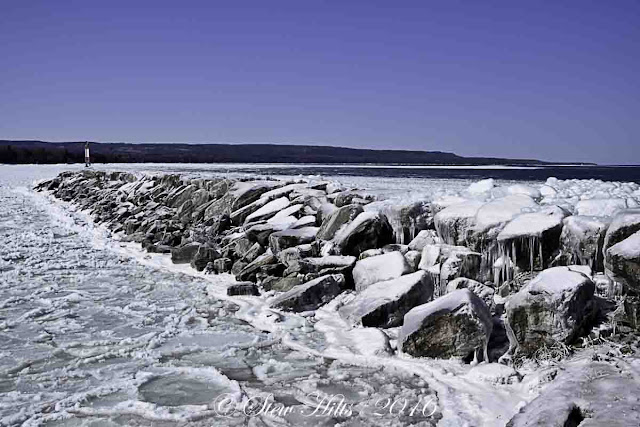 After a quick walk to the beach, I headed out to the main harbour, to see what the view over the breakwall was like.  Interesting patterns among the floating ice floes, and on the breakwall itself. 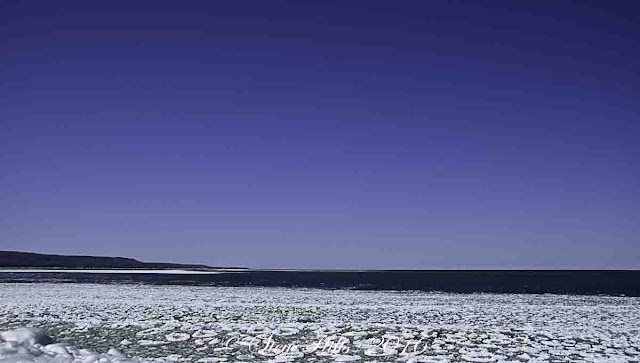 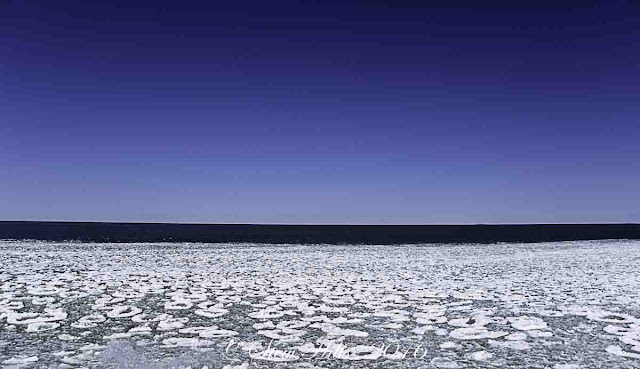 At this point, the sky over Georgian Bay was truly a brilliant blue.  I did have my usual polarizing filter on, but otherwise no changes. 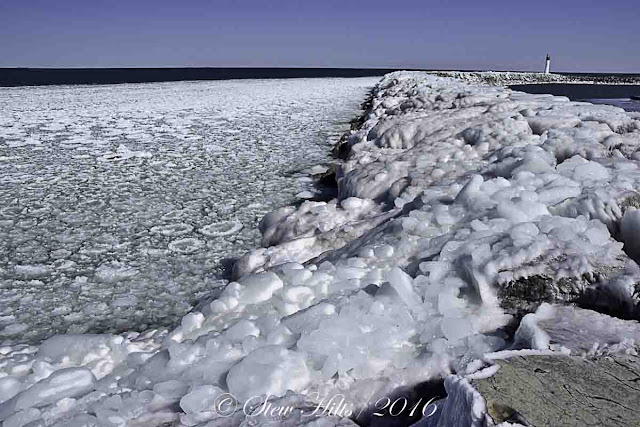 The waves had been crashing when the wind was blowing, and the top of the breakwall was treacherous with slippery frozen ice.  Picture this with waves crashing 20 feet high all the way across the top.  I've walked out to the end of these stone piles in the past, but I certainly did not today! 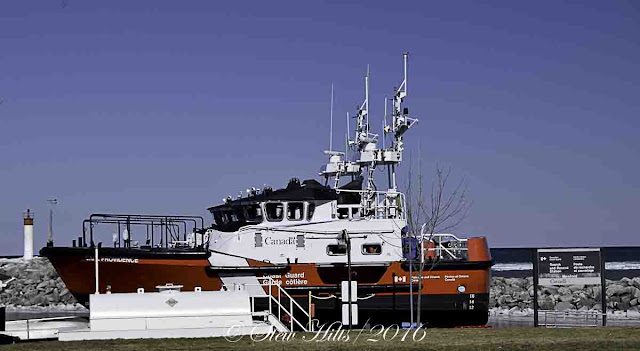 I did however, stop to check out our two local Coast Guard ships up on the dock for the winter.  These are the CCGS Cape Commodore and the CCGS Cape Providence, which operate from April until December with a wide responsibility for Georgian Bay.  The 'Cape' class of motor life boat is widely used across the country by the Canadian Coast Guard, which has a fleet of 36 such boats.  They're also widely used in the U.S.  I must try and find a time when they're at the dock during the summer.


Check out the video to see what a floating layer of small ice floes
looks like on the open water of Georgian Bay.