I was interested in seeing the two Coast Guard boats on on the dock in Meaford last week, and would really like to know more about how they spend their time over the summer.  They have a crew of four, and their main work is search and rescue, I believe for all of Georgian Bay. 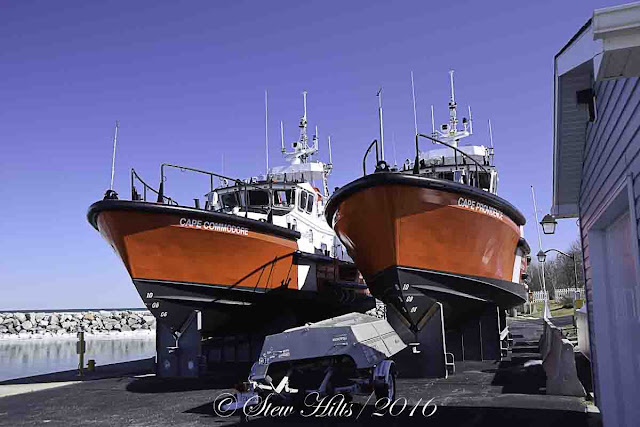 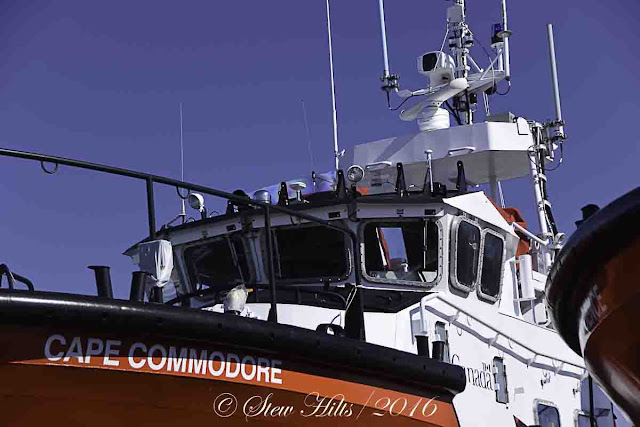 There is a fence that stopped me wandering too close, but a zoom lens gave me a good impression of what the Captain would see looking out of the cabin. 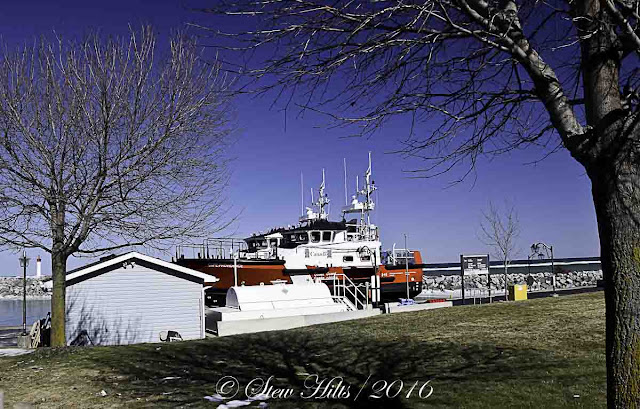 They will be launched and staffed again for the season in just a few weeks.  Canadian Coast Guard ships are unarmed and have no 'policing' function, unlike those of some nations, including the U.S., but there have been proposals to arm the ships in the Arctic. 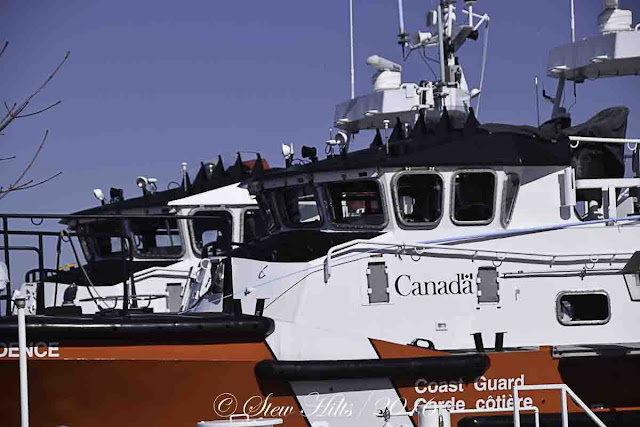 These are a standard design ship of the Cape class, 36 of which are based across Canada.  The colour scheme is intended as a reminder of the Canadian flag, and is the same on all Canadian Coast Guard ships, all the way up to the large polar icebreakers. 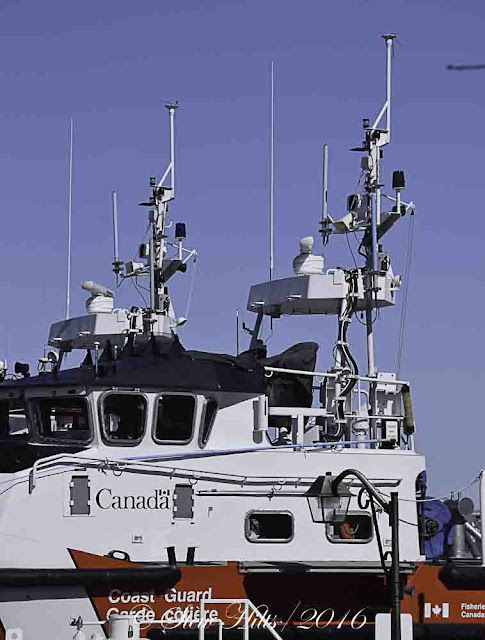 I'm sure these are loaded down with electronic equipment, including several radio services, satellite GPS, a loudhailer, and other gear to help in search and rescue. 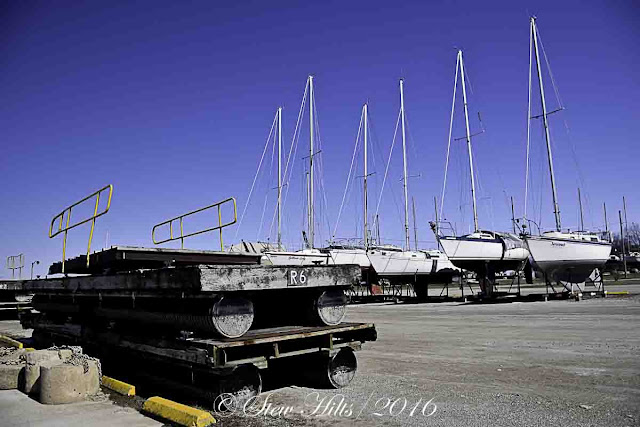 Elsewhere the summer sailboats are all still up on land waiting for the end of any danger from ice, along with all the floating docks here. 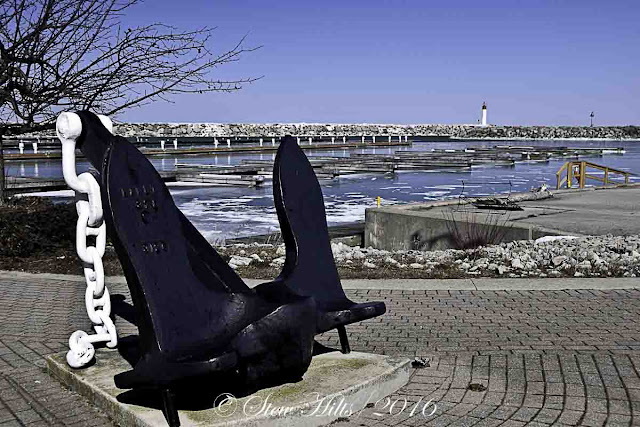 The floating docks in the well-protected inner harbour stay in the water for the winter, because there is no wave disturbance here. 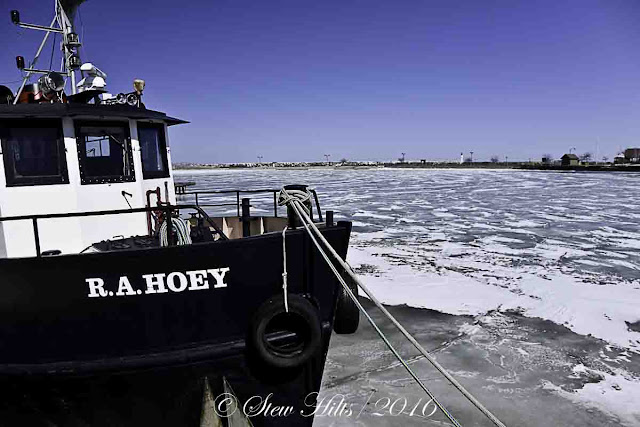 There is currently one ship in the water, over on the other side of the harbour.  It must have a strong enough hull to winter the ice, though it is docked in a sheltered corner.

Sometimes I wish I knew more about boats and ships; they have always intrigued me.