On the first day of our river trip we were taken on a long rainy bus ride to a stop in the Black Forest.  It turned out to be a bit of a tourist trap, not a historic village or anything, but a modern bus stop complete with souvenir stores, washrooms and a cafeteria.  Luckily there was a beautiful stream tumbling down through the forest that we could go see. 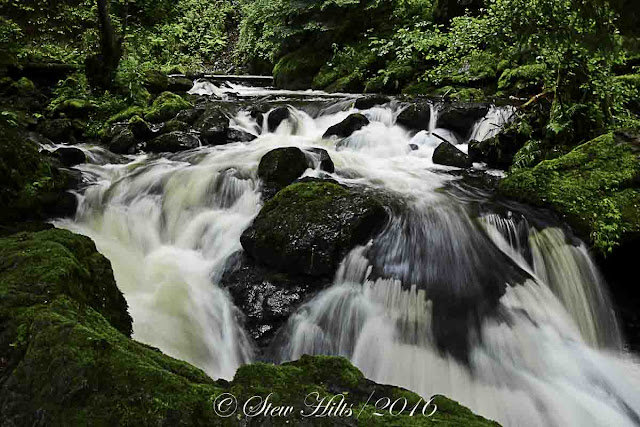 It was so dark and misty in the first place, I managed a few 'slow' pictures of the tumbling stream without a tripod.  And they're only a little blurry. 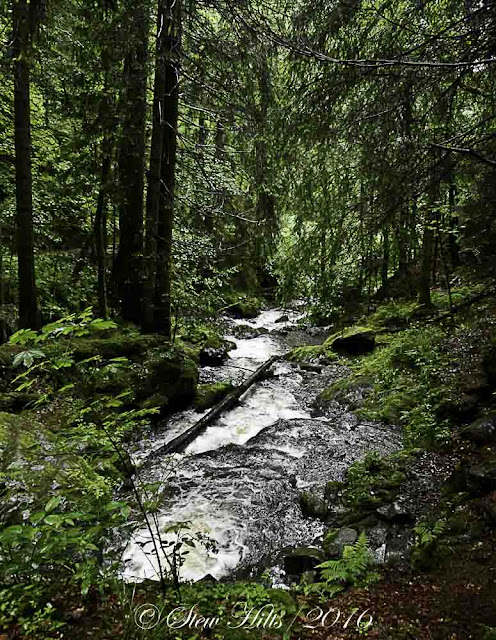 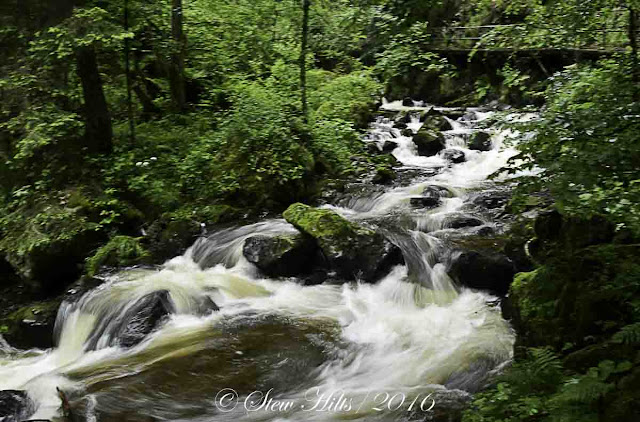 It really was a beautiful little stream, tumbling over the boulders down through some quite mature forest, even though it was only a 10 minute walk. 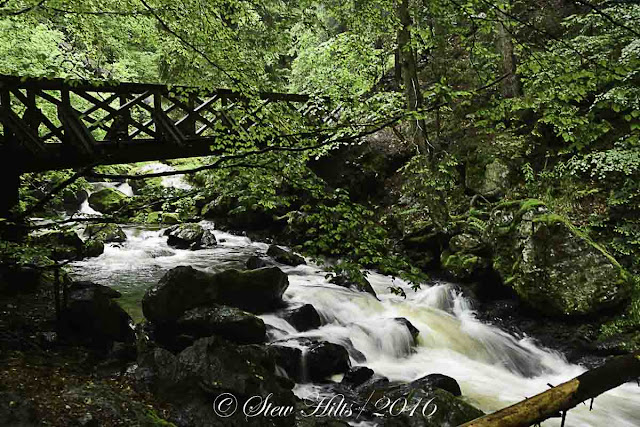 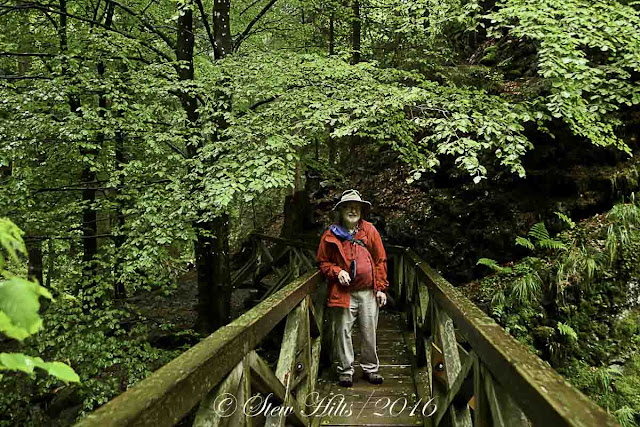 They had obviously invested a little bit of time and effort to create a safe walk for the tourists.  This was quite a well-constructed bridge across the stream. 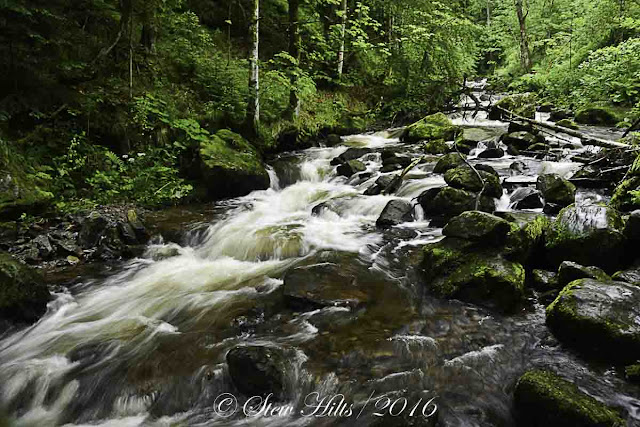 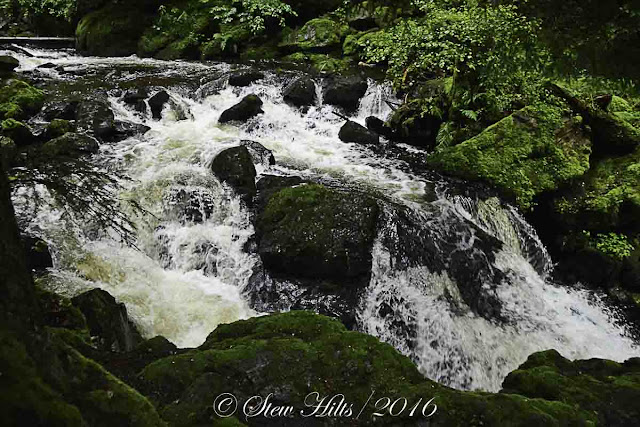 I just enjoyed myself taking pictures, taking longer than anyone else to finish the walk.  While the rest hurried back to the stores. 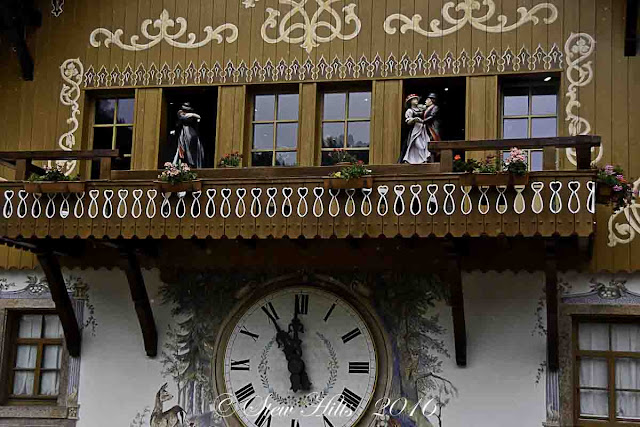 There were three tourist stores, all quite suitable for the Black Forest, the first a cuckoo clock store.  And this is the world's largest cuckoo clock, complete with dancing couples that do a turn instead of a cuckoo! 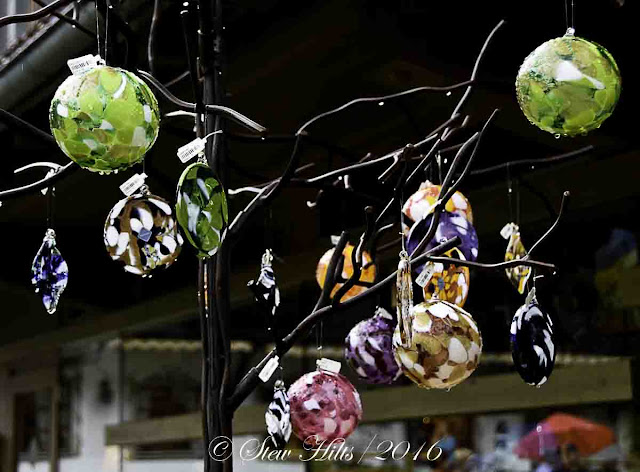 There was a stained glass studio, with some very colourful, if expensive trinkets, 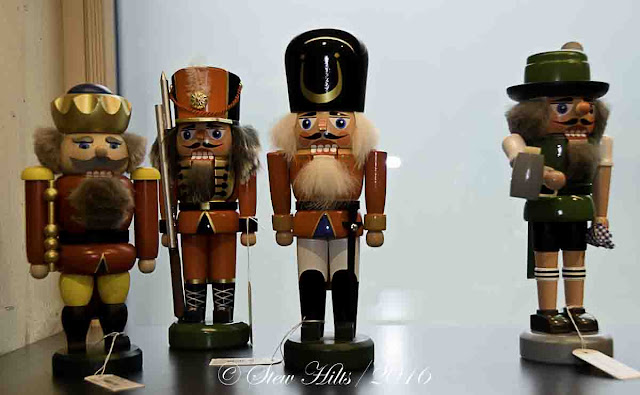 And here is about $500.00 worth of Nutcrackers, average about 5" tall.  Lots of bigger and more expensive ones too!

There was a small inn, obviouslyi a modern version of one that had stood there for some time.  At least they claimed that Marie Antoinette stopped by for a visit in 1770, 20+ years before her execution on the guillotine in Paris!  We enjoyoed the outing off the ship, but I'm not sure we got any real experience of the Black Forest!
Posted by The Furry Gnome at 7:33 PM