We Found the Elusive Snowy Owls!

After our failures of yesterday and a week ago, we sought more specific directions on finding the Snowy Owls that birders have been reporting, and headed out this morning.  It was about half-an-hour to the west, and we had a specific road we were headed for. 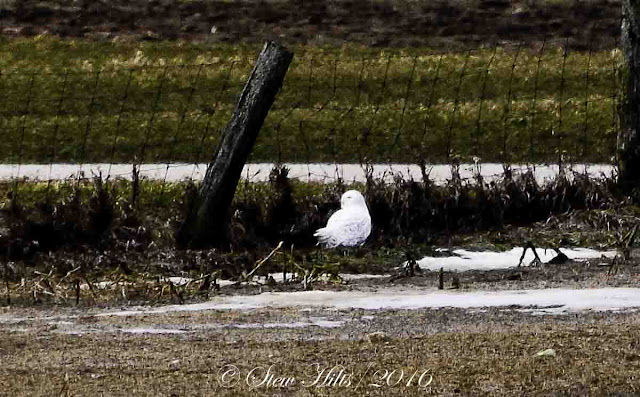 And following those directions from a birder who saw a lot of owls earlier this week, we hit the jackpot.  Mind you they were just white dots in the distance, but I cropped a few so we could tell they were actually Snowy Owls, not just lumps of snow.

This was our first view of the owls.  I've always thought of them as solitary, so we were very surprised to see so many together, but as I said, just white dots in the distance.  Thank goodness for binoculars! 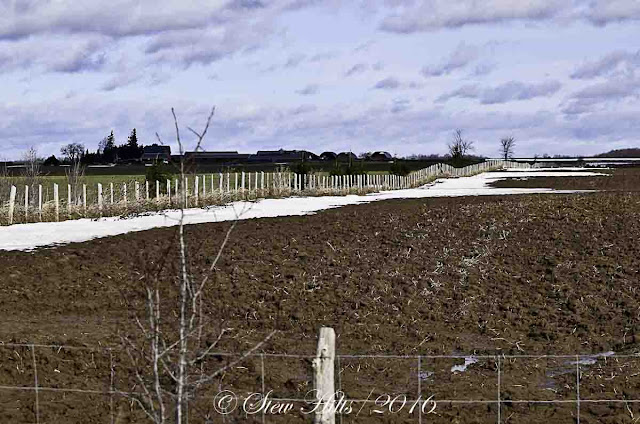 We drove slowly down the road to see if we could get closer - but no luck.  Can you see the white dot a long distance down the fence, just below the tall tree in the distance?

Here's a close-up of the back right hand corner of that photograph!  By zooming in on the computer screen, I could make out 19 Snowy Owls in this picture - a remarkable congregation of owls to us!  Perhaps they're gathering to head for the Arctic! 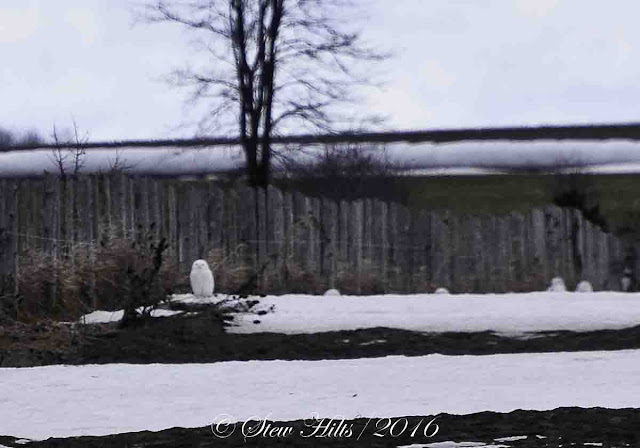 Here's a very blurry, too-much-cropped look at that lone owl standing up on the left, the tiny white dot in the distance of the second photo above. 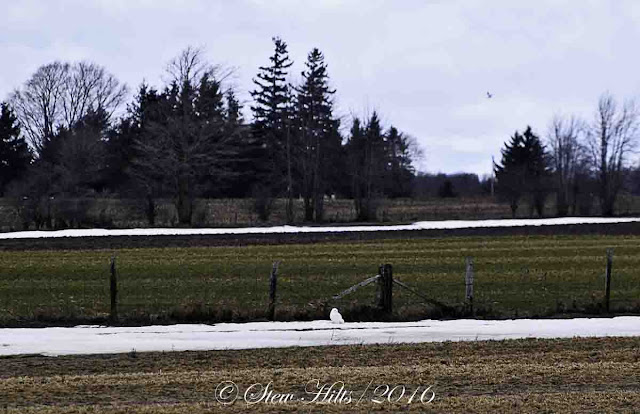 We drove slowly down the nearby roads, and saw several more, all of them at a distance, and all of them sitting along the fences.  Perhaps they were finding mice in the long grass beside those fences. 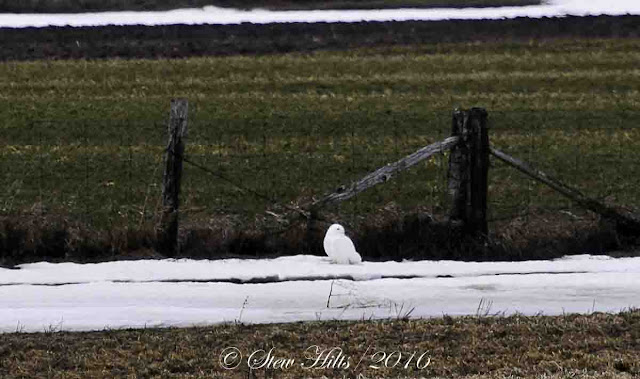 Cropped in as much as I could, you can actually see its eye among the white feathers. 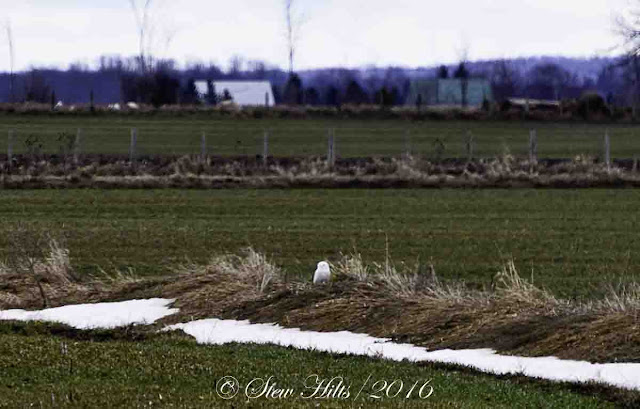 Another one, along a drainage ditch.  There were none on fenceposts, none in the middle of fields, none in trees.  They were all on the ground, along fences (or this ditch) where there was some long grass. 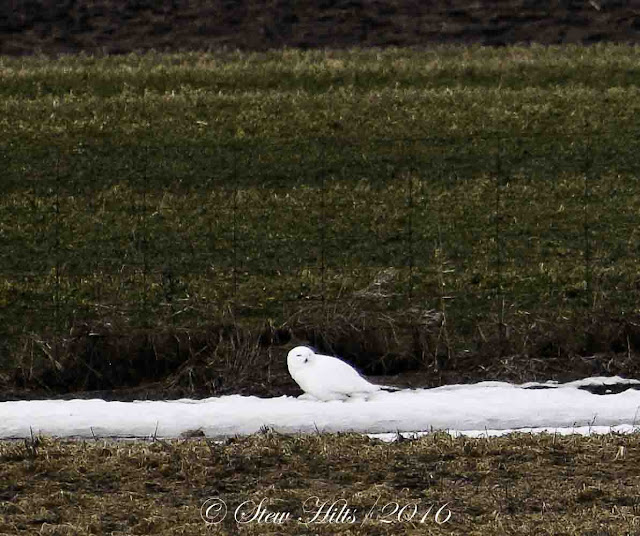 Another cropping effort, revealing the eyes and beak.  We saw 25 Snowy Owls, all in the space of half a mile!  What a birding adventure!!  Next year we're going to get connected to the local birding group and get out there earlier.  I want to find one sitting on a fencepost right at the edge of the road for a portrait!

For local readers, there are all just north and east of the corner of Sideroad 25 and Conc. 8 of the former Elderslie Township, just north of Chesley.  The question of why there were so many Snowy Owls clustered very close together remains a mystery to us - unless there was an infestation of mice that attracted them.
Posted by The Furry Gnome at 7:11 PM