Basel itself is a pretty interesting city, so here are a few photos and comments about what else we saw.  Actually lotsa photos, so just scan through quickly.  Long day today, down to see that eye doctor.  Got a temporary prescription for glasses, so I may be back to driving soon! 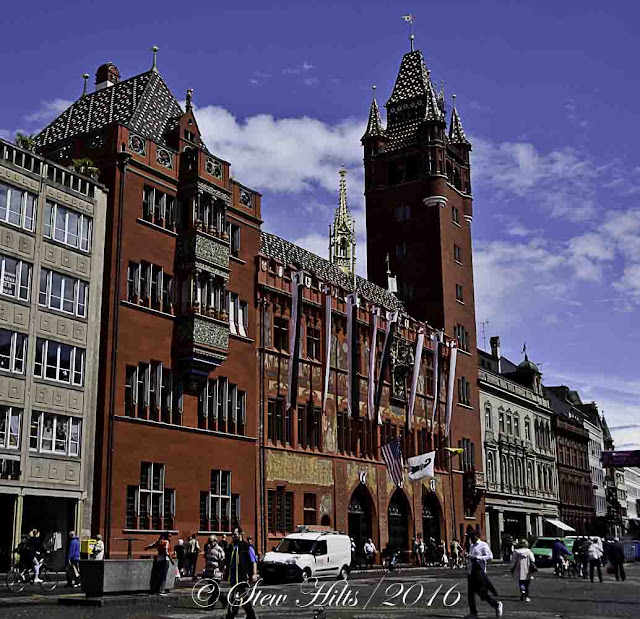 This is the town hall of Basel, in a colourful downtown square where we ate lunch a couple of times. 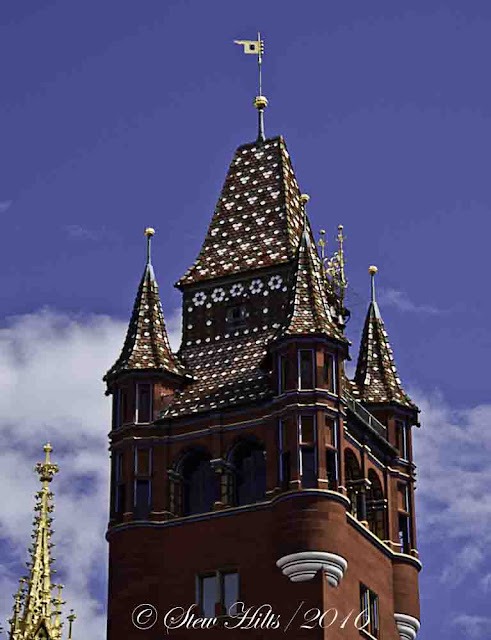 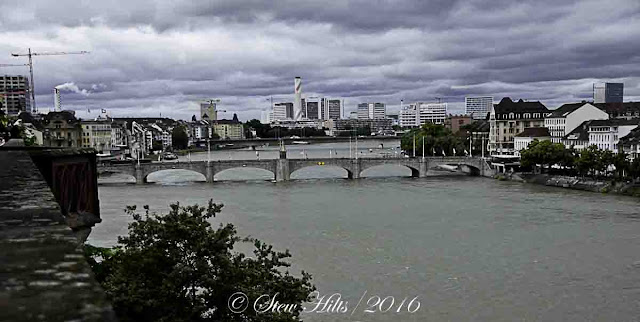 Basel sits right on the upper Rhine, which is navigable by barge downstream from this point, so this was where we picked up our river cruise.  The ship is docked just below that big chimney. 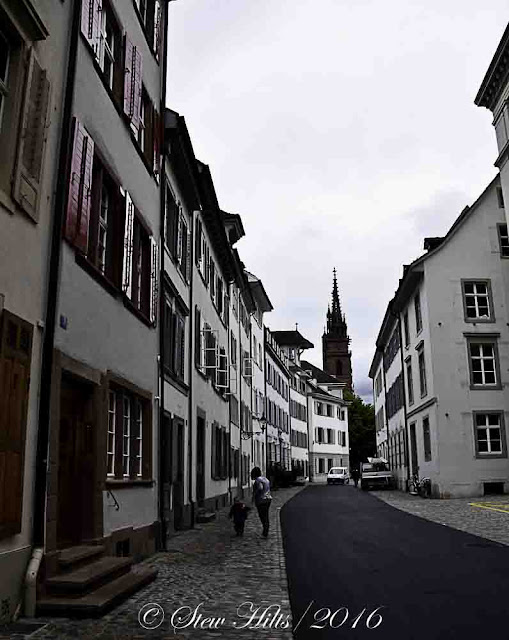 Like a lot of old European cities, it has a lot of narrow cobble-stone streets downtown.  In this case cars are banned except for police and such, plus residents who actually live there.  You can simply walk everywhere. 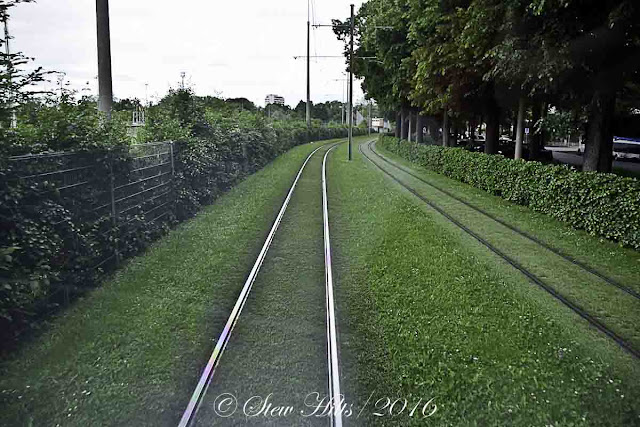 And we got downtown by the streetcars, quick and - for tourists - free!  At our small hotel we were handed a free pass for the time we were there.  Be sure to ask for it.  And part of the right-of-way was grassed, like this! 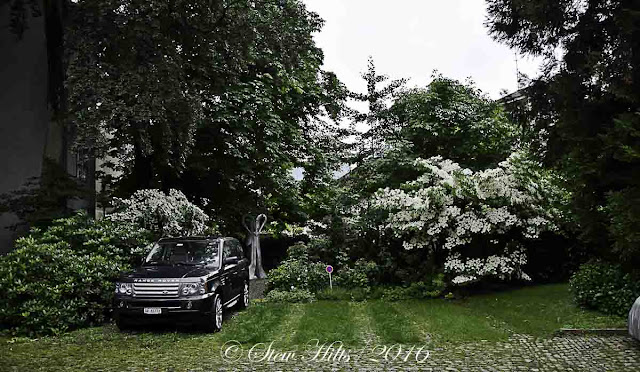 I liked these private parking spaces in a big old home, an open brick pattern that allows grass to grow, instead of solid pavement.  I think Basel has some things sorted out well!  It was so easy to get around. 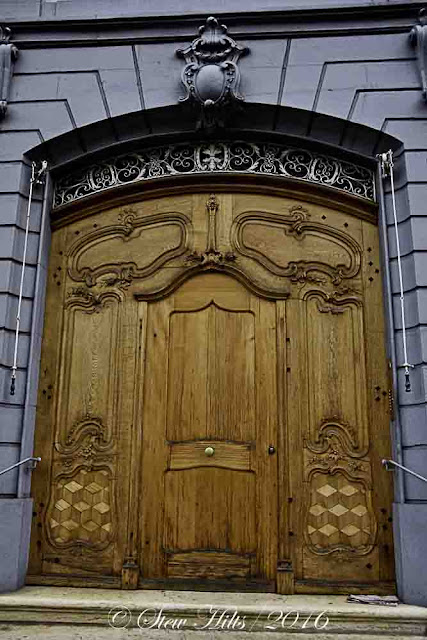 We were also impressed with a lot of beautiful doors on the older homes downtown. 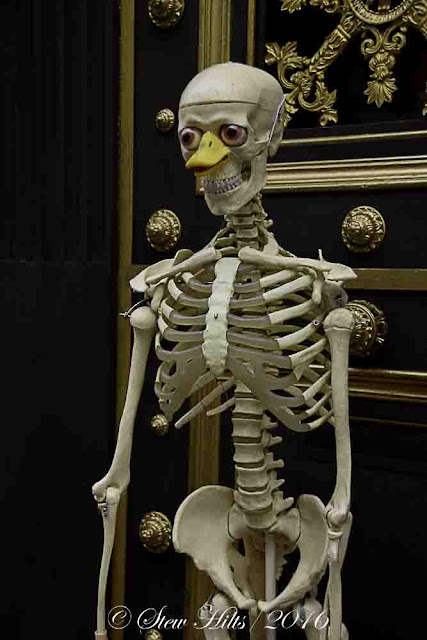 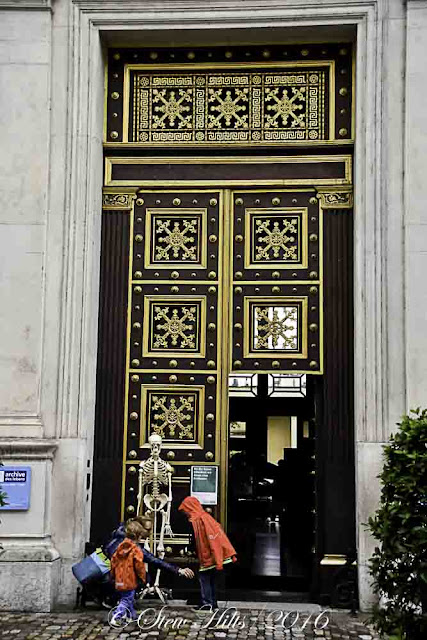 An art tour was going on, and this museum used a skeleton model outside to attract people to stop in.  It worked for this family! 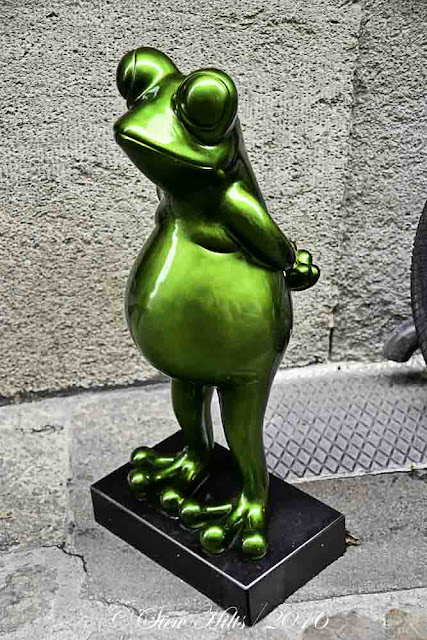 Sitting outside another store. 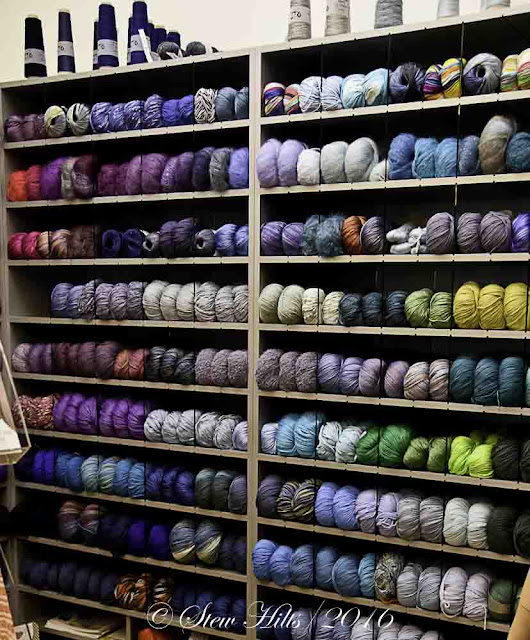 We even found a wool store for Mrs. F.G.

By the way, someplace in Basel, or shortly thereafter, our credit card got scammed.  We have no idea where or how.  The bank tried to contact us, but couldn't.  When I got home I found nearly $2000 in extra charges, all for cash advances.  The bank though was immediately helpful, refunded all the charges, and quizzed me on other declined charges that had shown up on their computers.  After the card was scammed, the charges were accumulating in Indonesia no less!!!

So be careful with your credit cards.  I had informed both the local branch and the credit card office of our travels, which helped my credibility.  The fact that they were Canadian 'chip' cards was also helpful.  We now carry our few bank cards in one of those aluminum foil-lined envelopes that can foil this type of scamming. 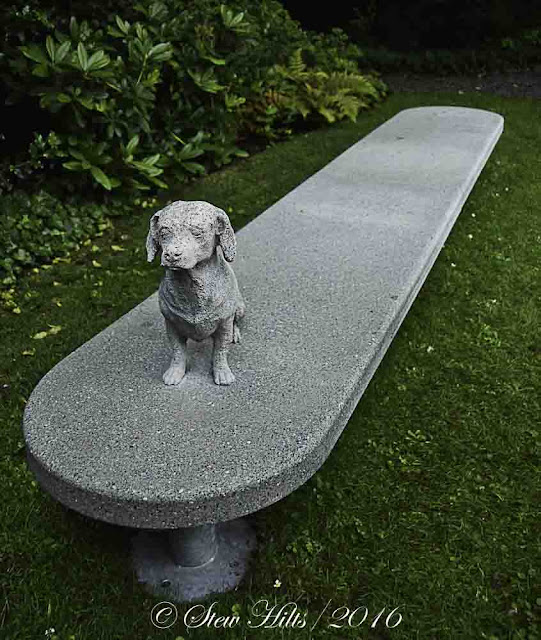 We got into one private garden as part of the art tour, and saw this dog-on-a-bench. 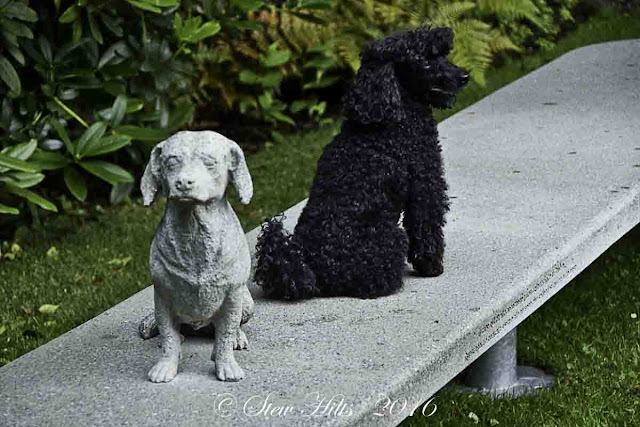 I turned around a moment later and there were two dogs-on-a-bench! 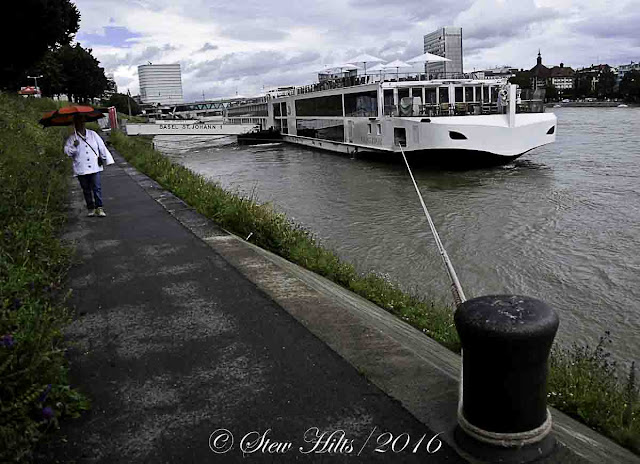 On the second day we joined our ship, but had free time until everyone arrived. 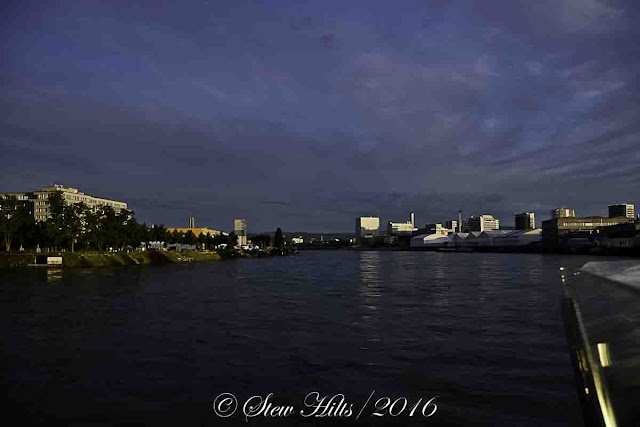 That evening we pulled out, turned 180° and headed downstream.

Soon entering our first lock, of about 20, though most we went through overnight. 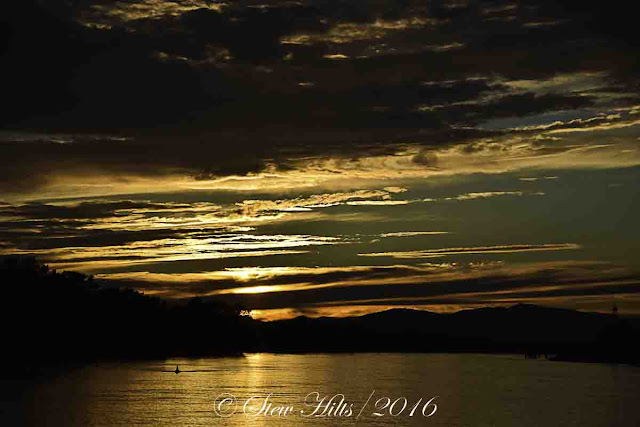 And ended the night with a nice sunset and a lone kayaker, looking downstream.