Marksburg Castle is the only castle along the Upper Middle Rhine Valley World Heritage Site that has never been destroyed, and retains it's medieval appearance, although some restoration work has been carried out.  It was taken over in 1900 by the German Castles Association, and serves as their head office as well as being open to tourists. 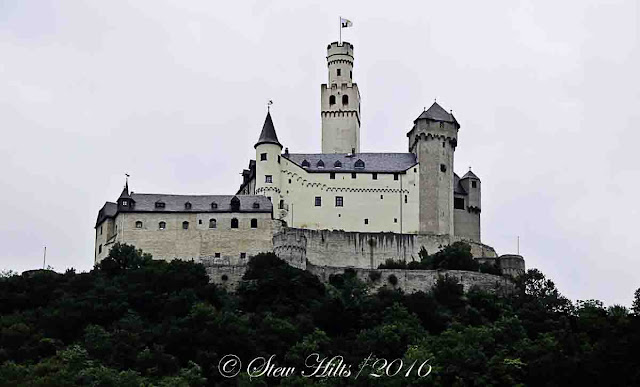 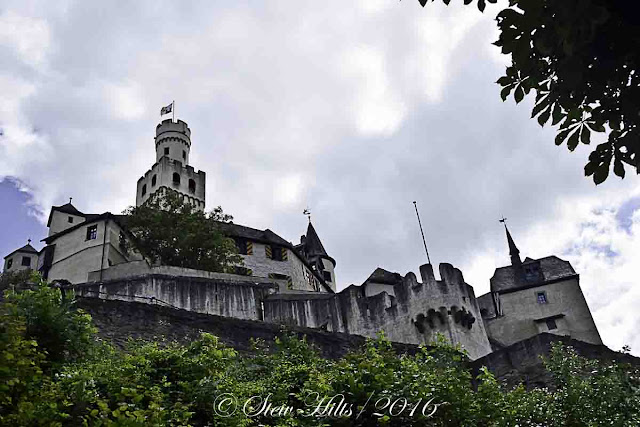 The best view of the castle is actually from the river.  It sits high on a hill and there's quite an uphill walk, even after you get off the bus. 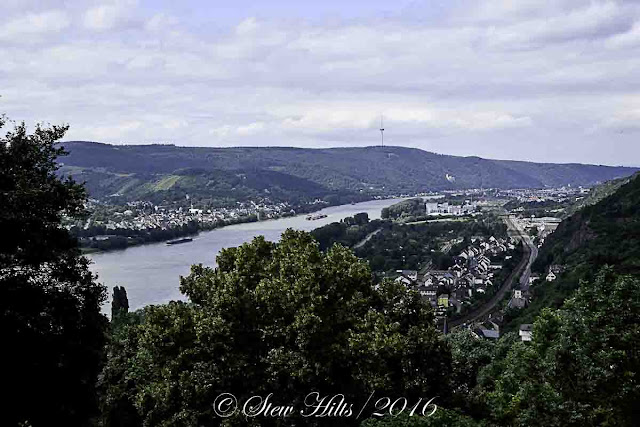 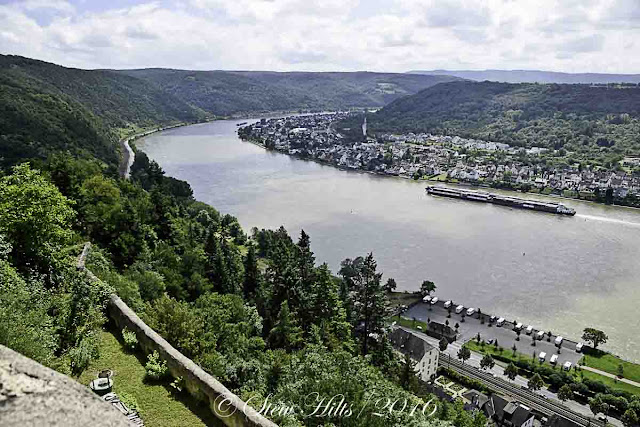 But there's a spectacular view both up and down the Rhine once you get there! 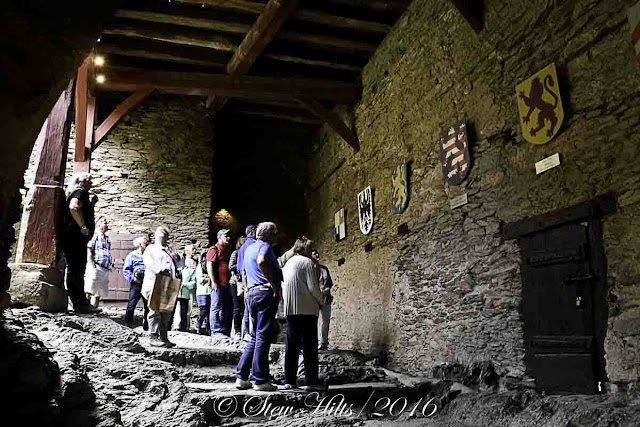 We entered through the Rider's Stairway, carved out of solid rock so riders could get up to the stables. 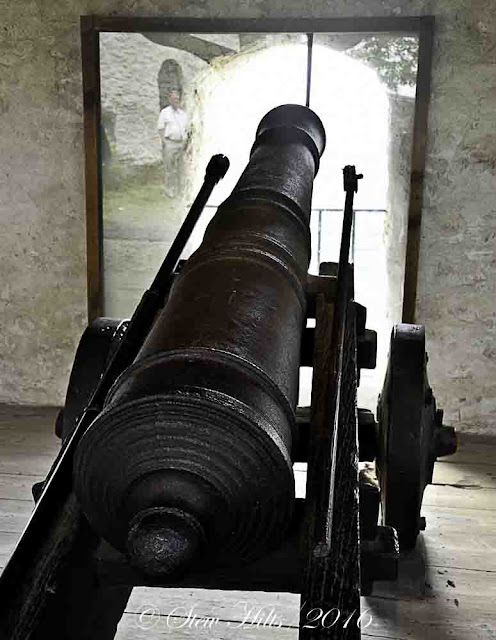 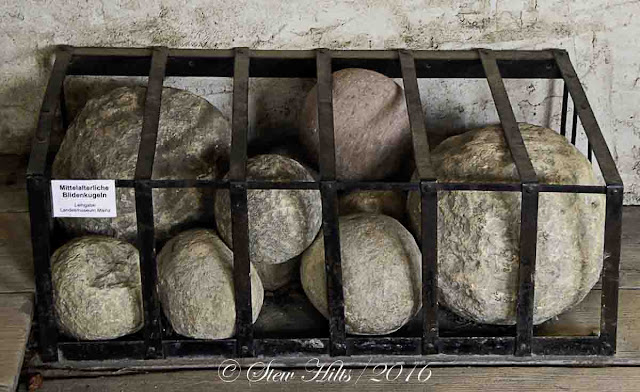 There was a battery overlooking the river, with several cannons, both 6 and 12 pounders, and the corresponding cannon balls ready and waiting.  They could control traffic on the Rhine quite effectively! 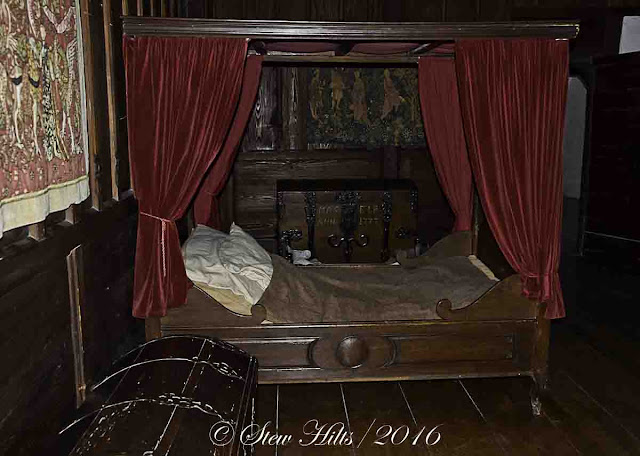 Inside there were quite a few rooms set up with original finishings.  We've visited several castles in England and Scotland, but have rarely seen one where the interior looked so authentic. 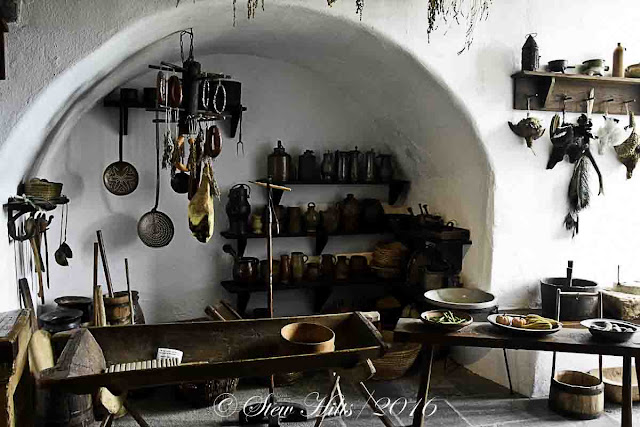 The big kitchen was outfitted with a wide range of pots and implements. 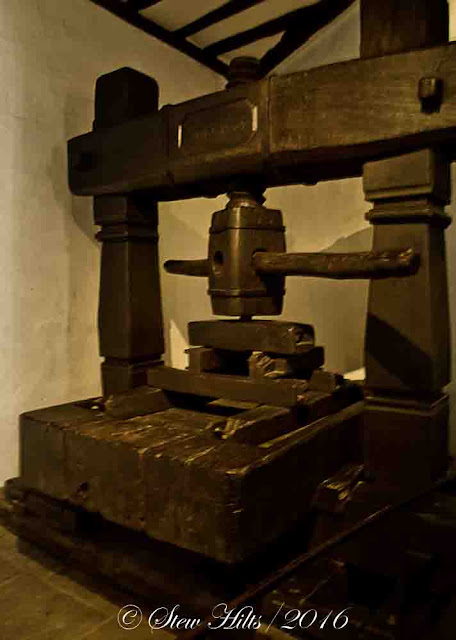 There was a large wine cellar, with the wine in barrels, and a giant grape press. 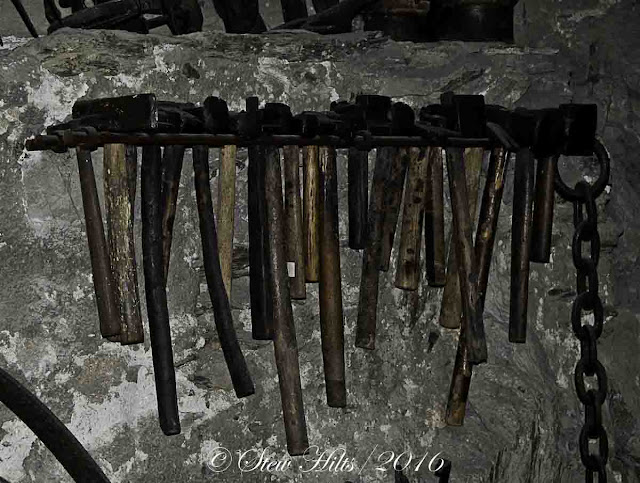 And a blacksmith's shop. 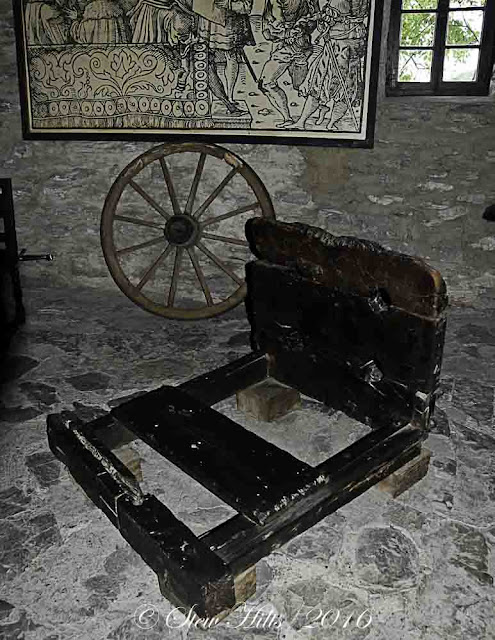 In the former stables there's an exhibit of several torture instruments! 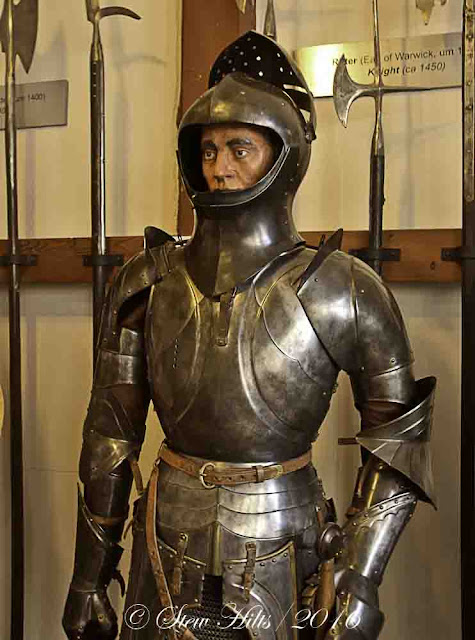 There was quite an interesting armour collection reflecting the various small kingdoms and families who have held the castle over the centuries. 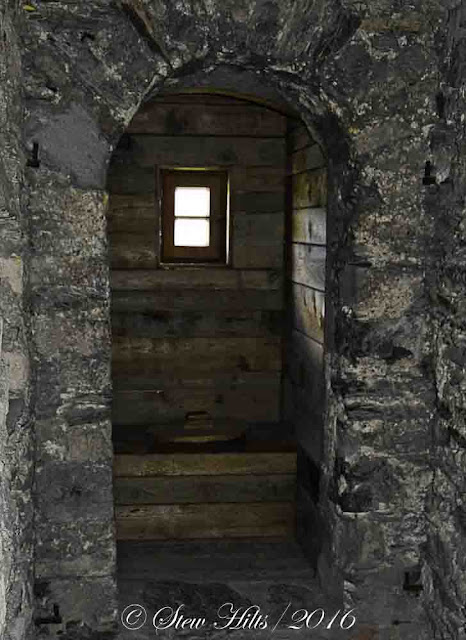 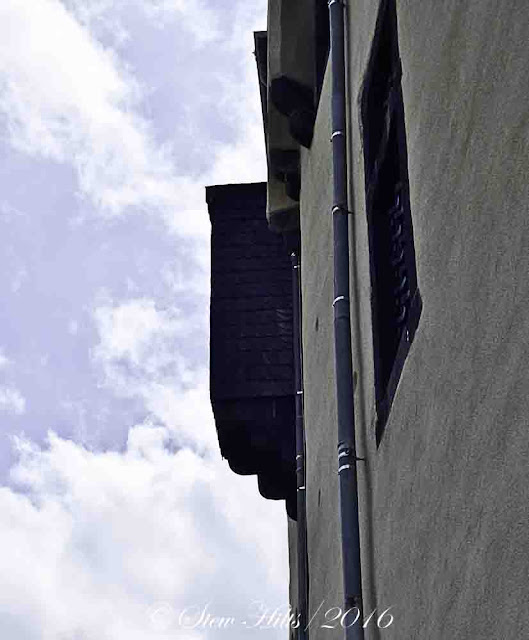 I've always wondered about the cleanliness associated with the garderobes (toilets) in medieval castles.  Though they've widely been replaced by modern plumbing, they used to be built simply as boxes like an outhouse, that stuck out of the exterior wall of the castle.  It provided immediate and simple disposal of wastes!