As I said, I've run out of recent winter photos.  I do always get tired of photos of snow and trees at this time of winter anyway, especially with all the grey cloudy days we get.  Not being able to drive or easily do photography at the moment doesn't help!  So I'm taking you off to Europe for awhile.  We'll start by visiting a few places as we float down the Rhine River from Basel to Amsterdam. 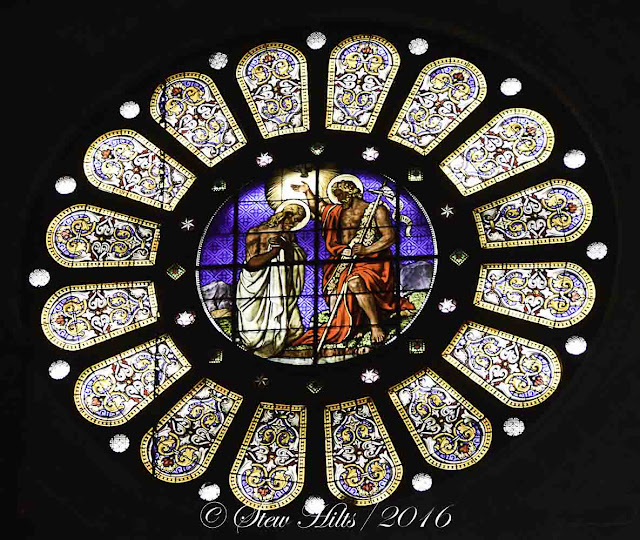 We arranged our trip to get an extra day in Basel, probably the only time we'll get to Switzerland!  So we headed downtown to visit the cathedral, known as the Basel Minster.  This is one of the stunning rose windows. 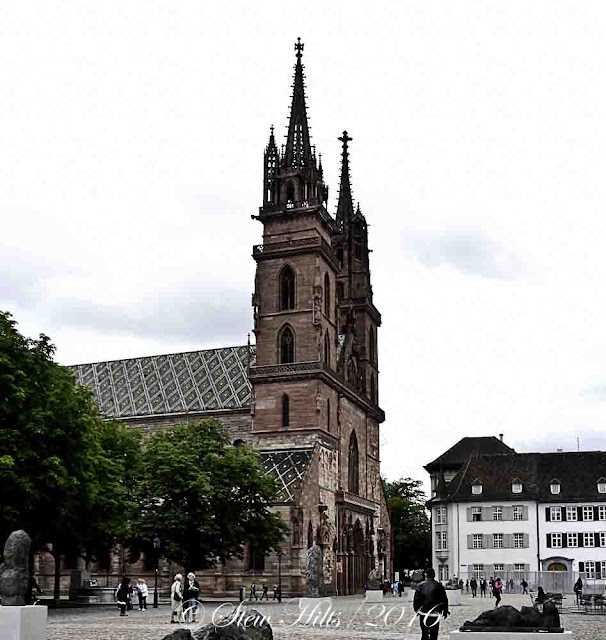 The Minster overlooks the main square which provides a good amount of open space outside the front doors.  While we were there several modern sculptures were on display. 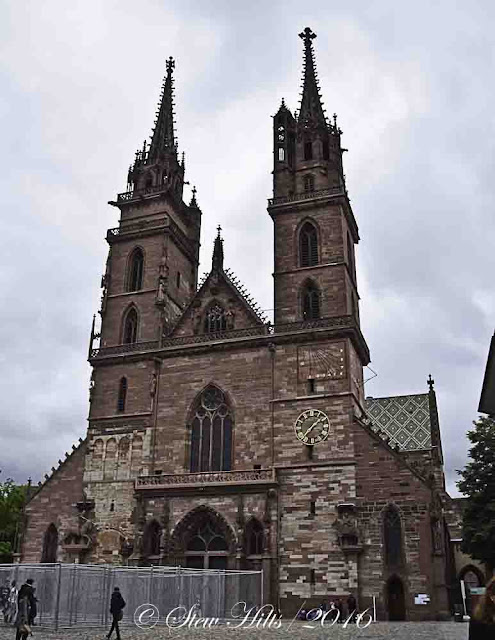 The Minster was built in the late 1100's, though the red sandstone from a nearby quarry has been repaired since.  There had been two earlier churches on the spot.  That chain link fence is a modern sculpture, not a construction site. 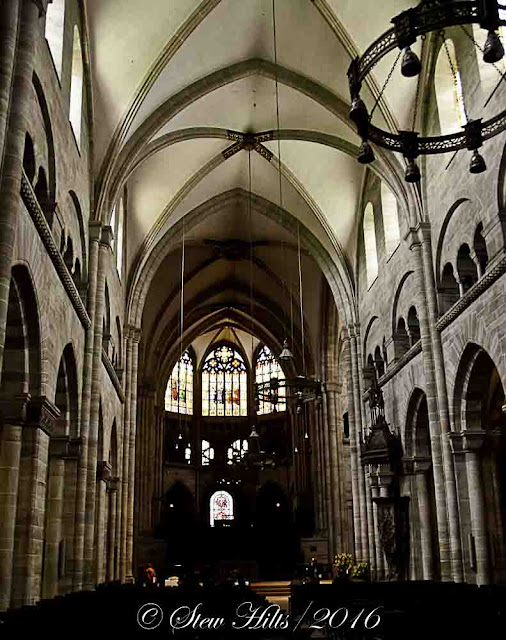 Inside the church is quite simple, and of course peaceful as most of these old cathedrals are (if not over-run by tourists).  Established as a Roman Catholic Church, it has been a Reformed Protestant Church since the Protestant Reformation. 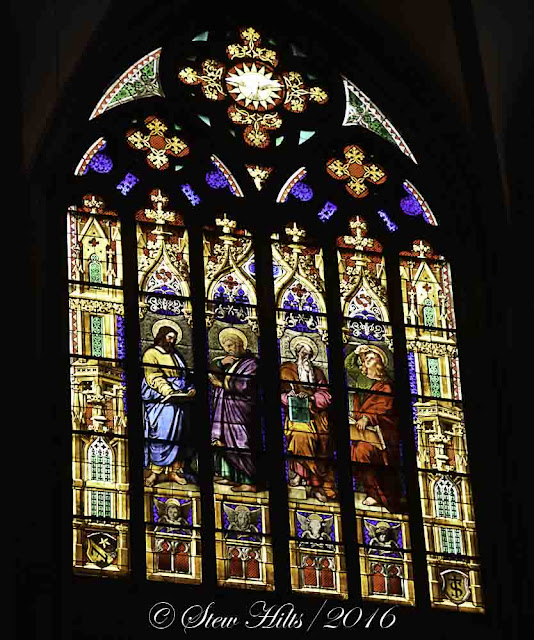 Another of the beautiful stained glass windows. 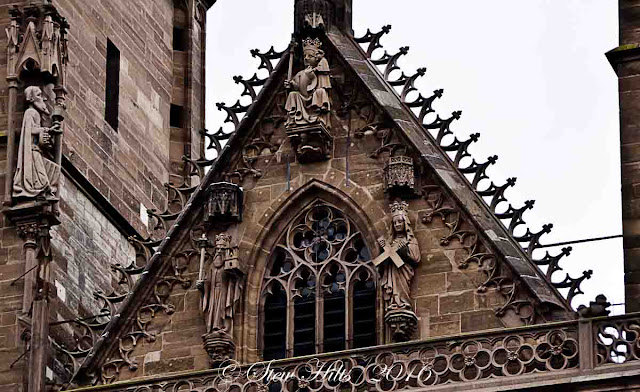 Outside, there are a remarkable number of sculptures that survived the Reformation.  On either side of the window here are Heinreich II (one of the Holy Roman Emperors), and his wife, the main cathedral benefactors. 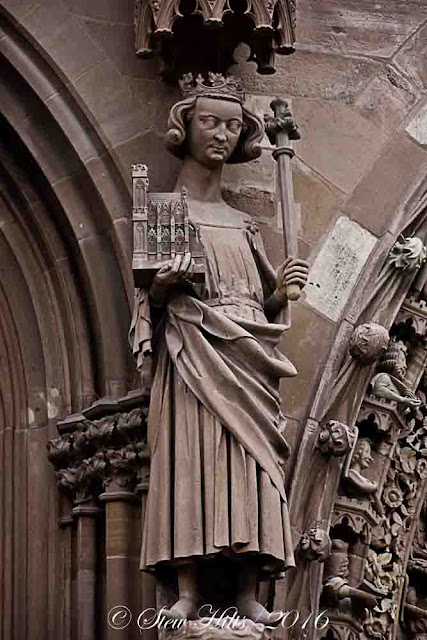 Another sculpture of Henry II at a younger age.  He is shown holding a model of a church, to indicate he was the one who gifted the church to the town. 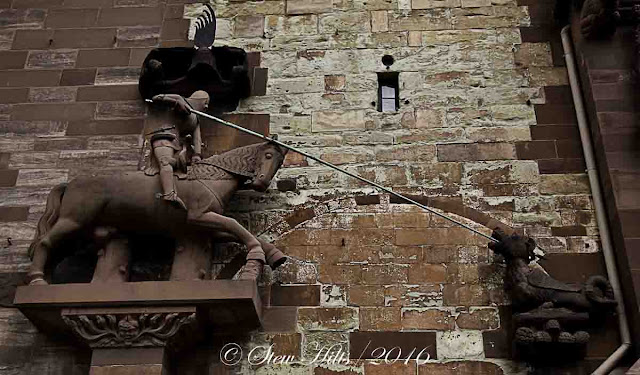 This exterior sculpture is of King George killing the dragon. 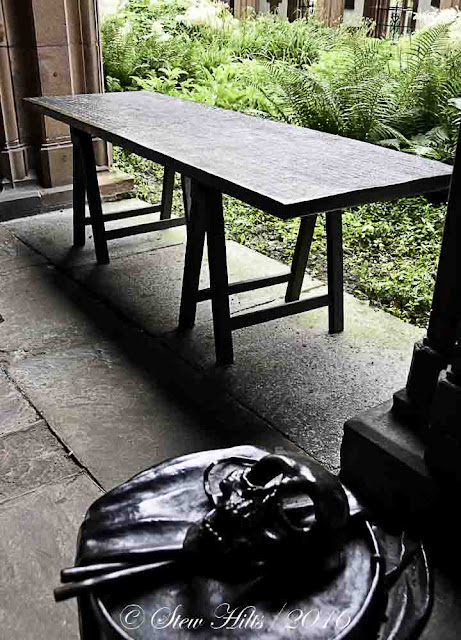 We walked around the old cloister, and found another interesting modern sculptural statement.  This table is empty, and nearby is the face of a skull. 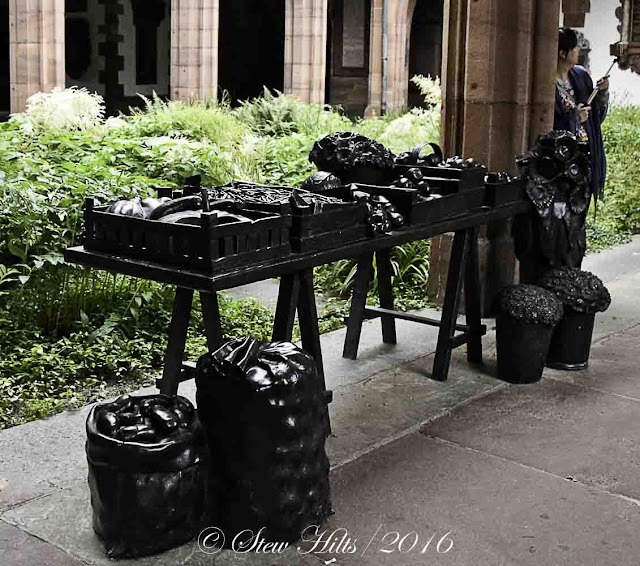 On the opposite side of the cloister was a similar table, but heavily laden with food.

The contrasting tables seemed like a strong statement highlighting the difference between rich and poor, those with enough (often too much) food, and those who go hungry.

We'll be back to climb up to the roof of the minster tomorrow.  A few weeks of this will take my mind off the snow outside!