The Amsterdam Botanical Garden, Hortus Botanicus, has two large greenhouses, one the 100 year old Palm House, and one a much more recent glasshouse with tropical, sub-tropical and desert climates.  Many of the more unusual plants at the gardens are located in these greenhouses. 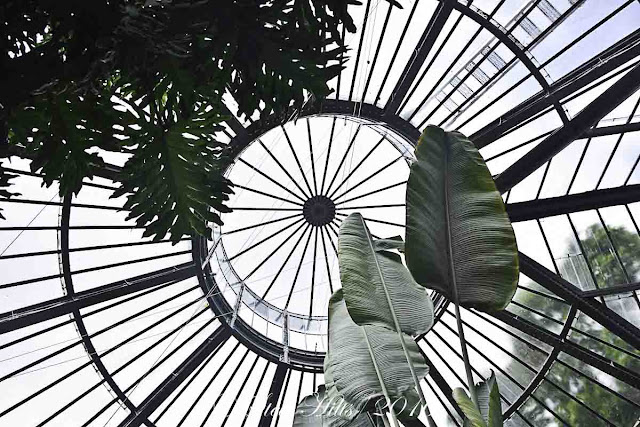 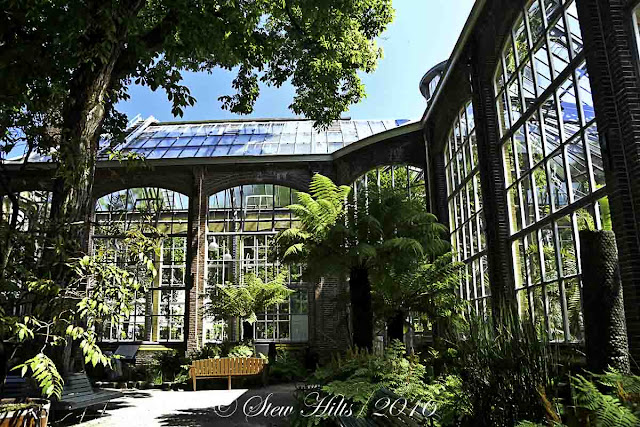 In the early days of plant collecting in other parts of the world, it was the plants of those other climates that had never been seen before that were most interesting.  And of course to keep them growing in the European climate, some of them needed to be grown under glass.  This big Palm House is high enough to have trees growing inside. 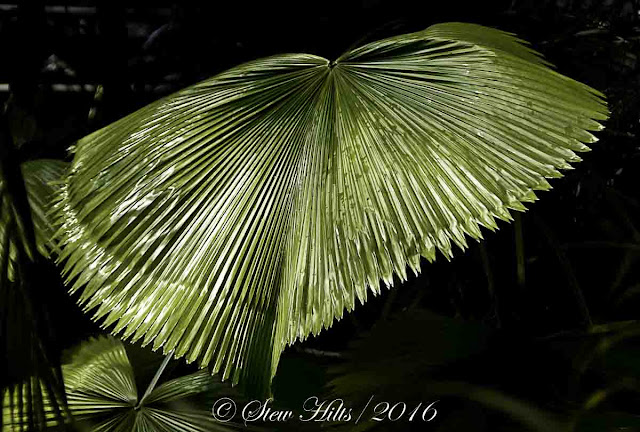 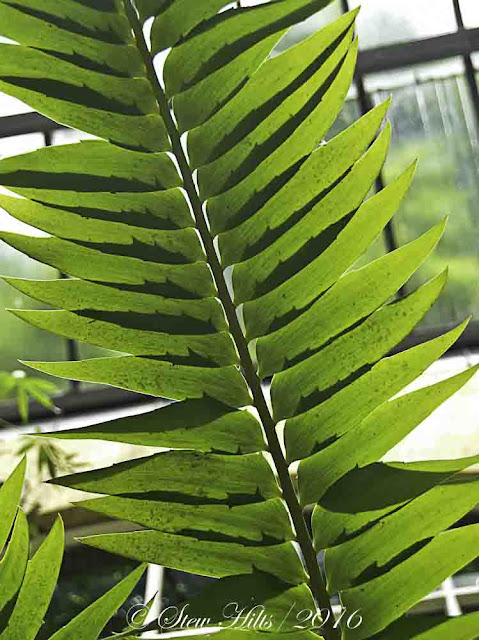 And there were a number of palms and other tropics species.   I just like the shape of the big leaves. 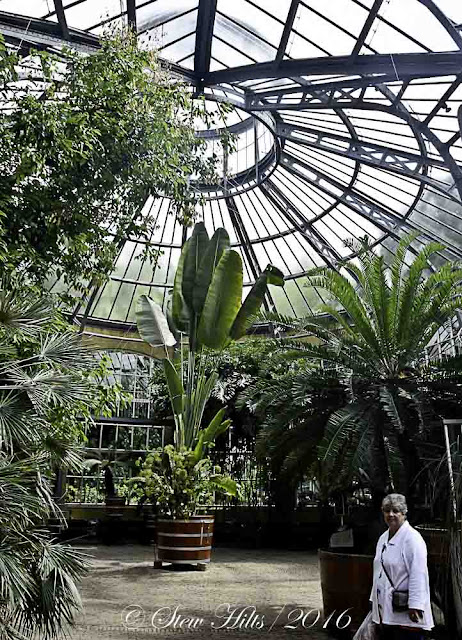 The architecture of these older glasshouses is remarkable, all dependent on production of reasonably priced glass, and the ironwork frame. 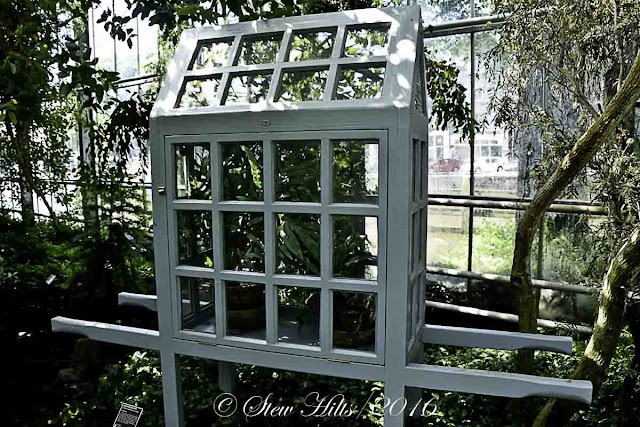 I've seen pictures of a 'Wardian Case', but I had never seen an actual example until now.  when plants were being collected all over the world, they were brought home in the form of seeds or rhizones, but some plants did not survive the trip.  Dr. Nathaniel Ward of London invented this small portable glass house so that living plants (at least smaller ones) could be brought back to Europe over long voyages.  It worked well and many additional plants survived that could not be transported successfully as seeds. 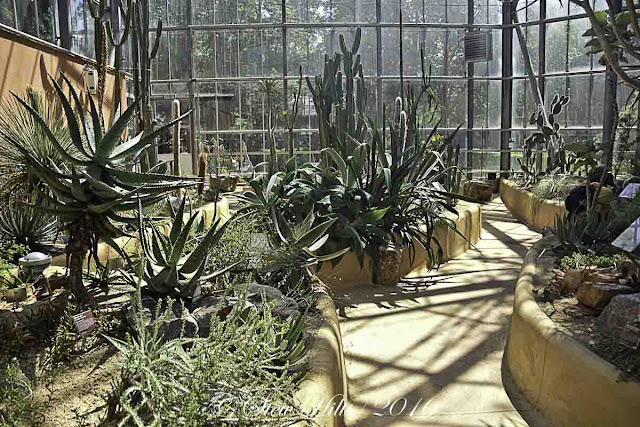 This is the small desert greenhouse, with a number of interesting cactus species. 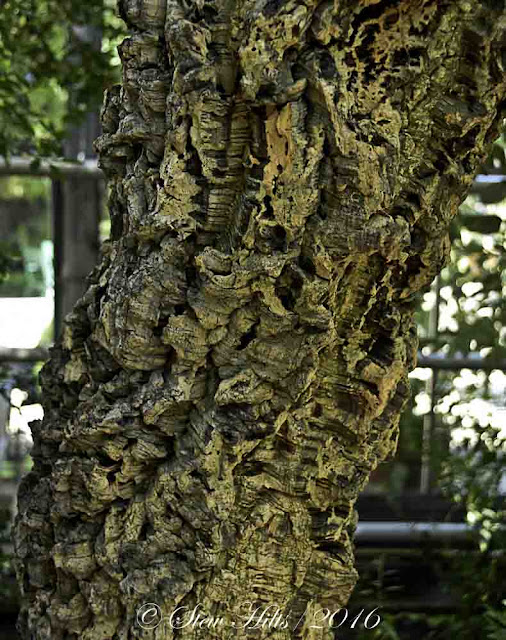 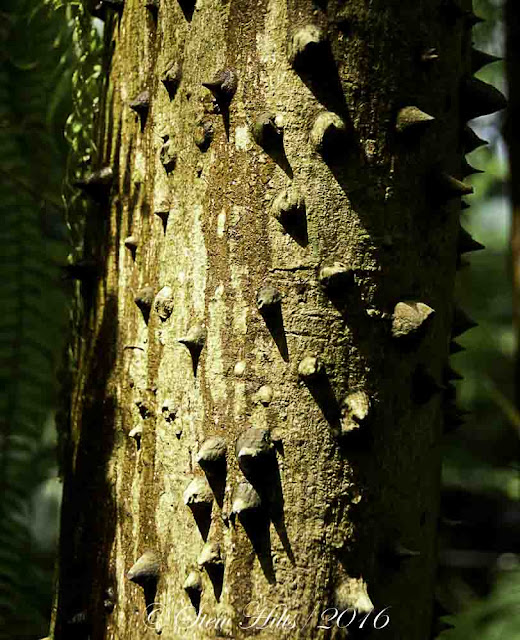 The rugged bark of a Cork Tree, and a tree with sharp thorns growing directly out of the trunk.  I stopped for a picture before I grabbed the tree trunk. 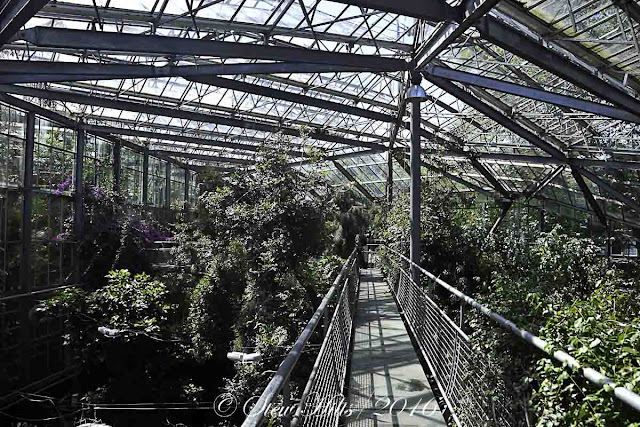 The new sub-tropical greenhouse had a canopy-level walkway which gave you a very different perspective. 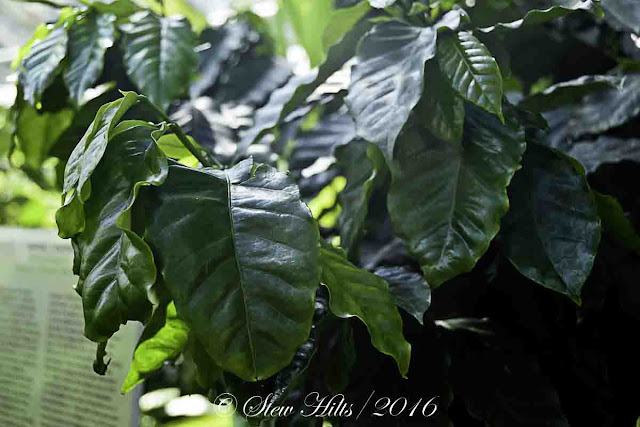 Perhaps the most interesting story in the botanical garden is the story of this Coffee plant.  Coffee originally came from Ethiopia, and spread through the Arabian Peninsula to Turkey.  During the reign of Suleiman the Magnificent in the late 1500's it became a popular drink.  It gradually spread into Europe over the next two centuries, as coffee houses became popular.  But the price was high and the Dutch East Indies Company decided to try and establish their own source for trade.  They were successful in Java, and plants were brought home and planted in this garden.  Later one of these was given to the King of France, Louis XIV, in 1714.  Ten years later a sailor successfully smuggled a seedling of this plant to Martinique, a French colony in the eastern Caribbean.  From this single plant are descended all the millions and millions of Coffee Trees in all of the Caribbean, Central and South America!

We had that beautiful spring day here, with the temperature approaching 10°C and snow melting off the roof fast.  A glorious but very unseasonable early spring day.  But I fear we'll pay the price with ice and water in basements.  Hard to miss enjoying the warm temperatures though!