The Woods in May

Ignoring yesterday's snow, I have been out in the beautiful May woods recently, where the leaves are unfolding fast now, in spite of the colder than normal temperatures, and later timetable this year. 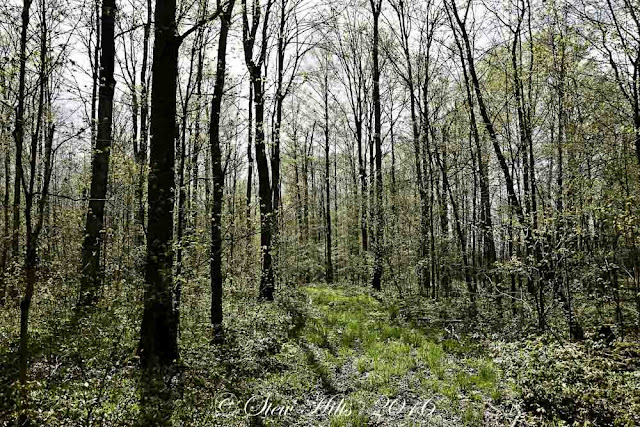 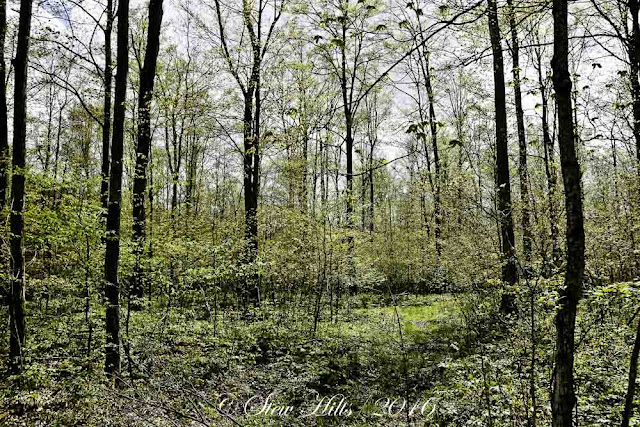 These shots are taken in the woods on the farm next door.  There's an old tractor trail which makes for an easy path, although hardly anyone but myself uses it.  The whole woods is turning green now. 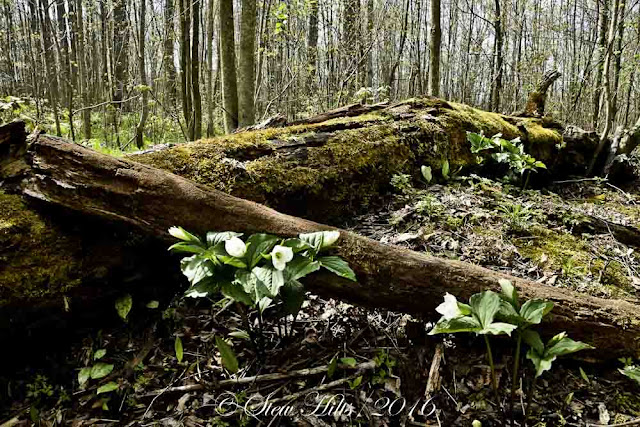 Beside my favourite big old moss-covered log, I always look for Trilliums, and they were there again, but not fully open.  These photos were taken before the snowfall and 2 or 3  cold nights we've had. 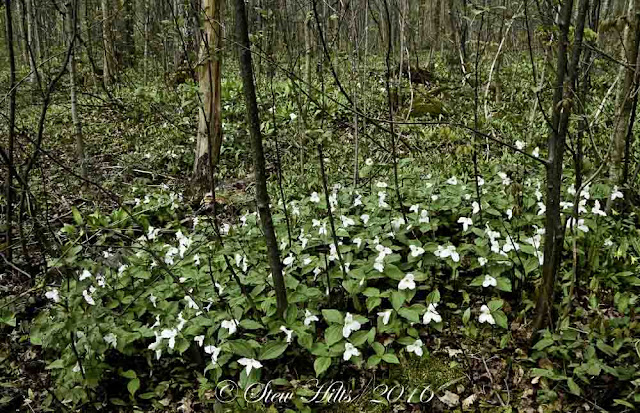 I did see a nice patch of White Trilliums nearby though. 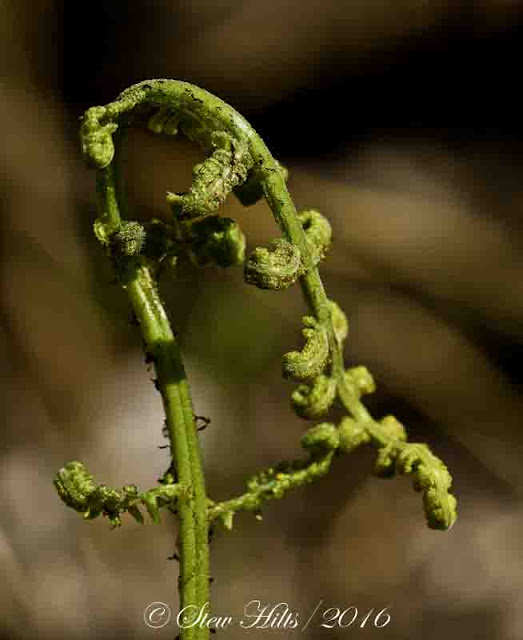 Along the trail for a stretch there are lots of ferns.  I think this is a Sensitive Fern unfolding. 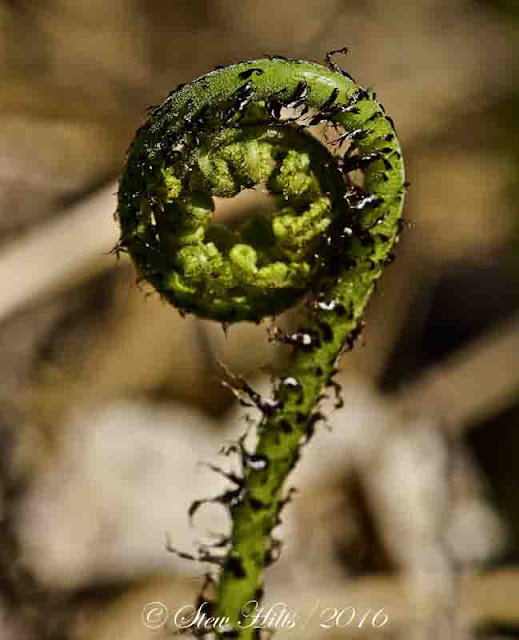 And this one is a Lady Fern. 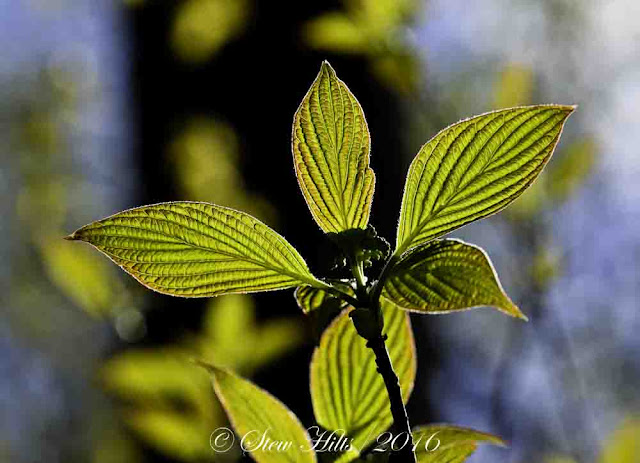 The leaves of the Alternate-leaved Dogwood are among the first to come out along the trail. 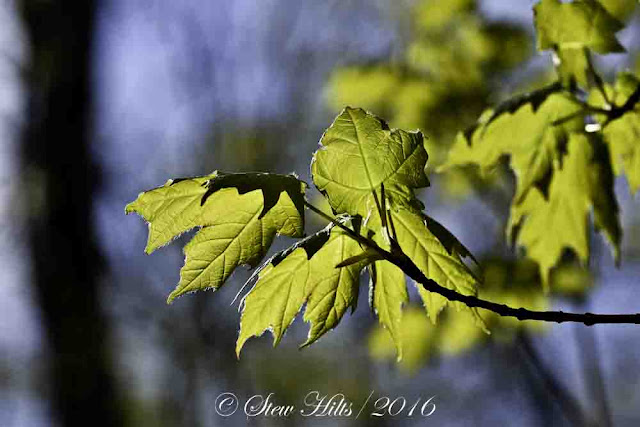 And now all the Sugar Maple leaves are unfolding.  I like how the new leaves show up when backlit by the sun. 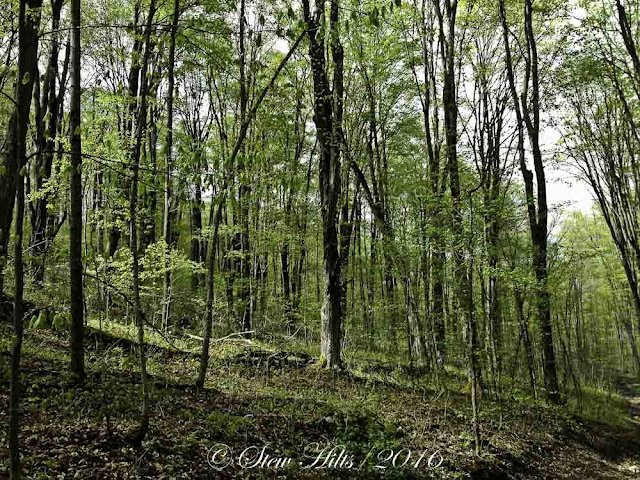 Yesterday I went for a walk in Kimberley forest, some of which is a Sugar Maple bush on the long slope of the Niagara Escarpment. 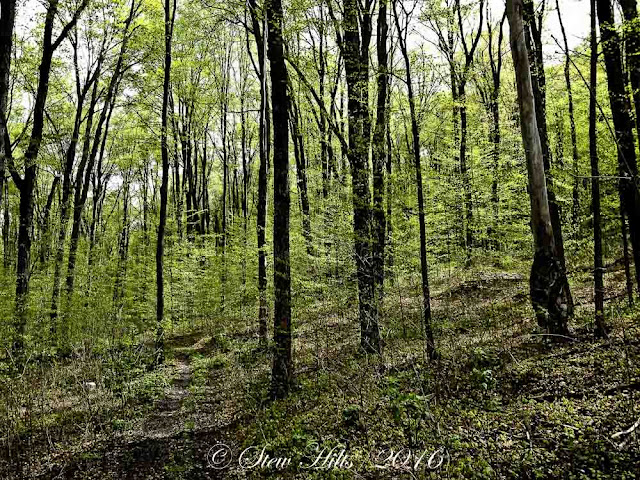 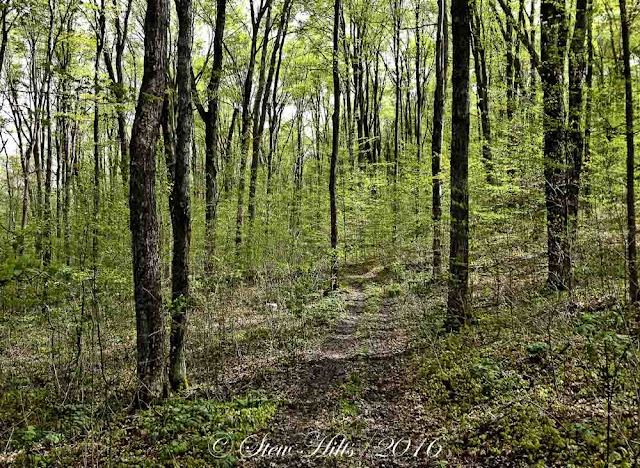 It was looking pretty green, and carpeted with a billion or two tiny maple seedlings. 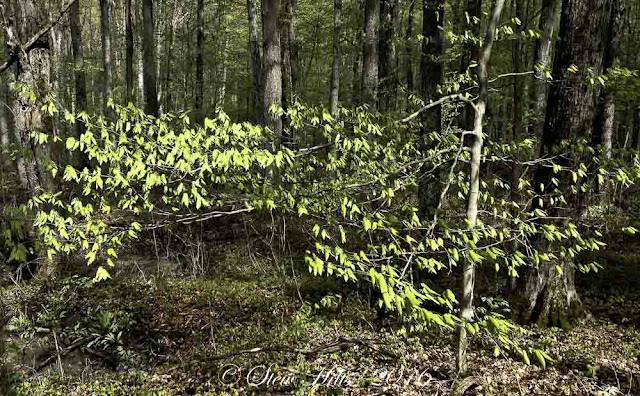 And in a few places, the leaves of American Beech saplings were bright green in the afternoon sun.