Blue Skies over the Beaver Pond

I worked too hard in the garden yesterday morning, so I just went for a drive in the afternoon, but I stopped in at the big beaver pond on Sideroad 13, to see if I could get some pictures.  It's a neat place! 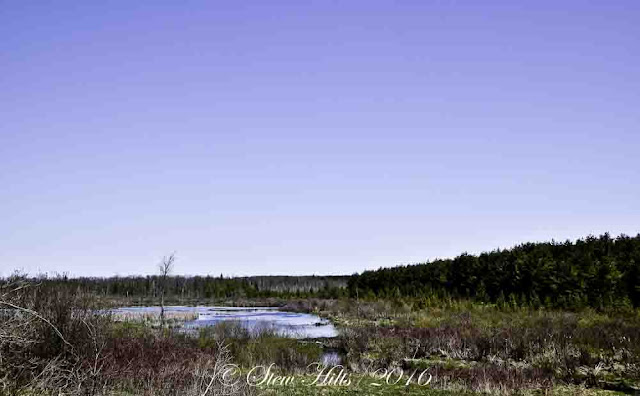 This is another big wetland, created by beaver along the course of Wodehouse Creek, just downstream from the big springs where the creek has its source. 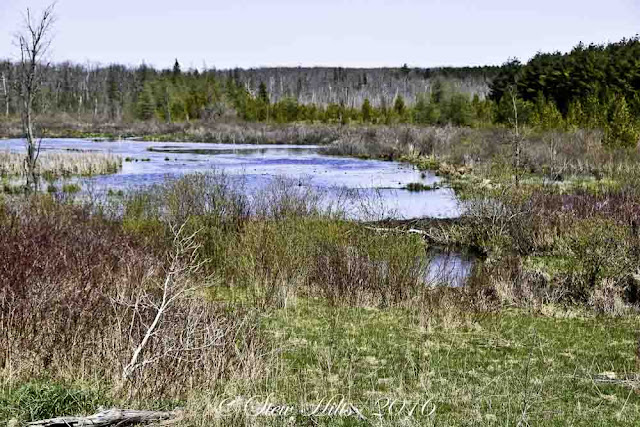 There's a high spot where an old barn used to stand you can stand on to get a view over the marsh, .  It was getting unsafe so it was sold to an ambitious rural homeowner who took it apart stone by stone and rebuilt it, presumably as a garden feature! 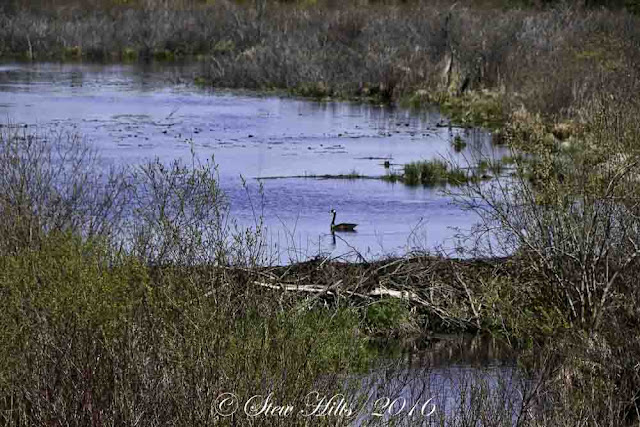 I was watching for wildlife with my binoculars when a Canada Goose swam into view behind the dam.  Not many geese or ducks, but lots of smaller birds calling from all directions. 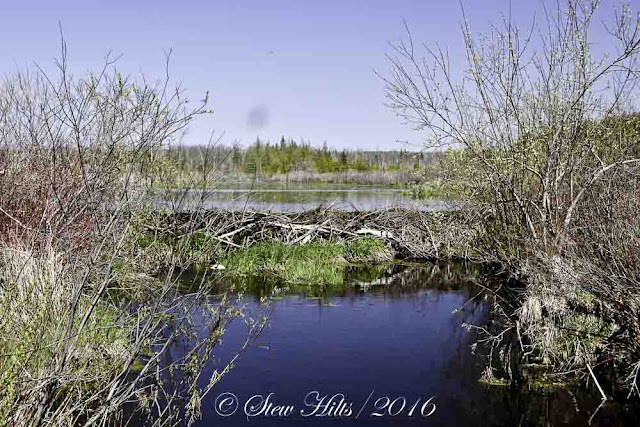 I headed down toward the dam to see if I coulc get close.  This is the dam from just downstream on the creek.  This is that mysterious creek that is bigger here than it is 3 miles downstream, where it's down to a small trickle.  Don't know of any other creeks around here that get smaller going downstream. 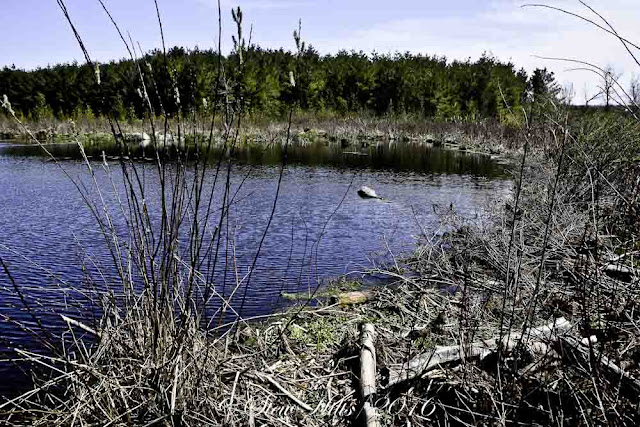 I scrambled through the dogwoods, and the debris from the spring runoff, to get close to the dam.  I was watching my footing from log to brush to log, a foot above the water flowing off the dam downstream. 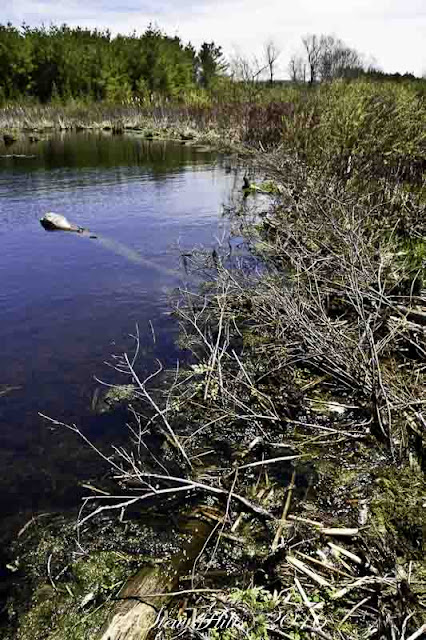 A beaver dam is not a neat construction project!  It is a messy tangle of branches of all sizes, mud the beaver use to hold it together, debris that has washed over it, and growing shrubs.  But I did get out to the upper, outer edge, which you could stand on quite safely. 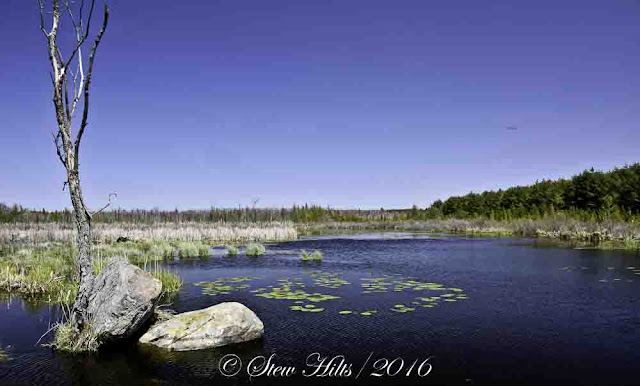 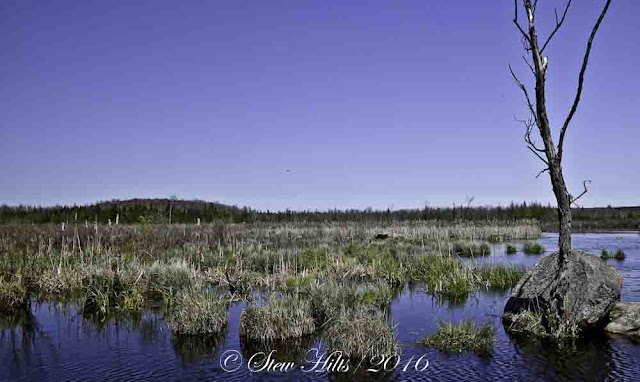 And from that point I could get quite a good look at the wetland extending out to the east.  I'm tempted to bring my small canoe and paddle around here sometime. 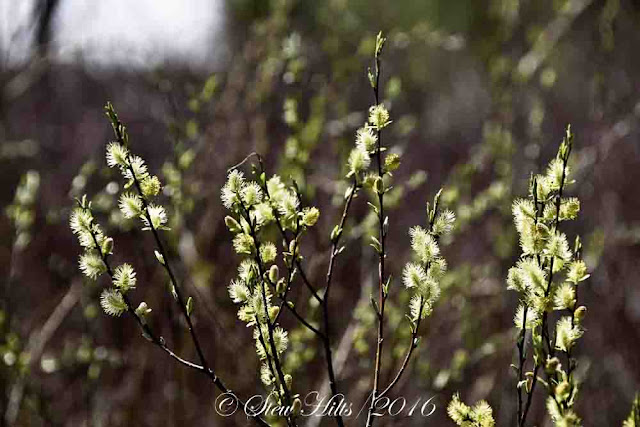 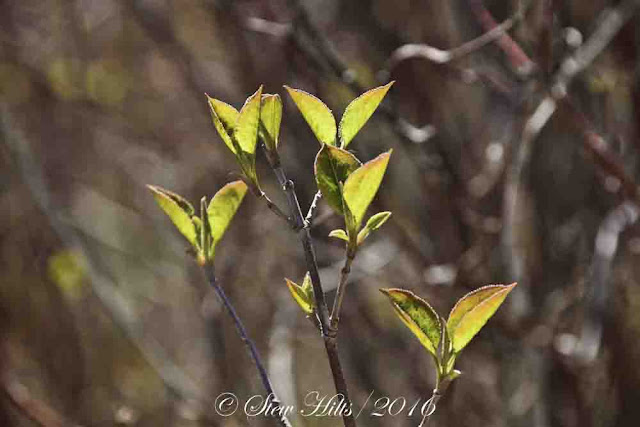 The Pussy Willows were out in full, and the Red Osier Dogwood leaves starting to unfold. 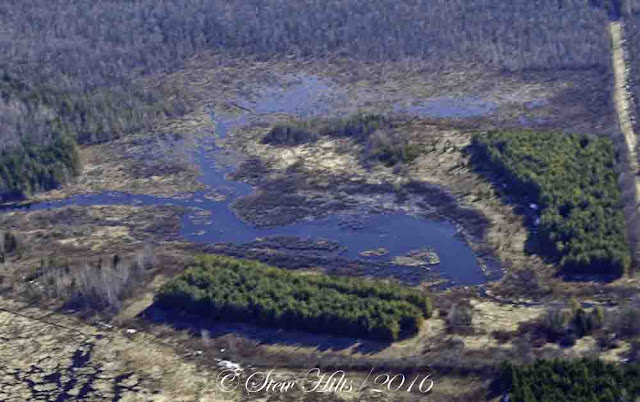 This shot from the air, though slightly blurry, gives a good look at this huge wetland.  The dam is near the lower right hand corner of the picture.

Out all morning today working on a Bruce Trail property, putting up a bit of fencing, with a bigger crew who were starting construction of a new side trail.  The Black Flies were out in force, though they didn't bother me much at the time.  Two hours later though, the bites had all turned red.  Mrs. F.G. took one look at my arm and got one of those looks in her eyes!  I just don't notice them biting, nor do they itch later, but I know they really bother some people. 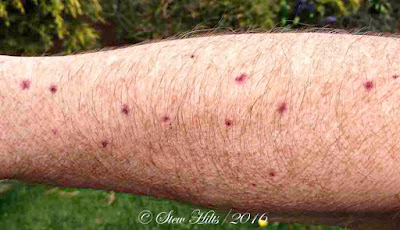