Cobalt is the location where hard rock mining in Canada started.  Legend has it that a frustrated blacksmith threw his hammer, and it glanced off a rock.  When he went to pick it up, he saw the rock where the hammer hit is was shiny.  And as they say, the rest is history! 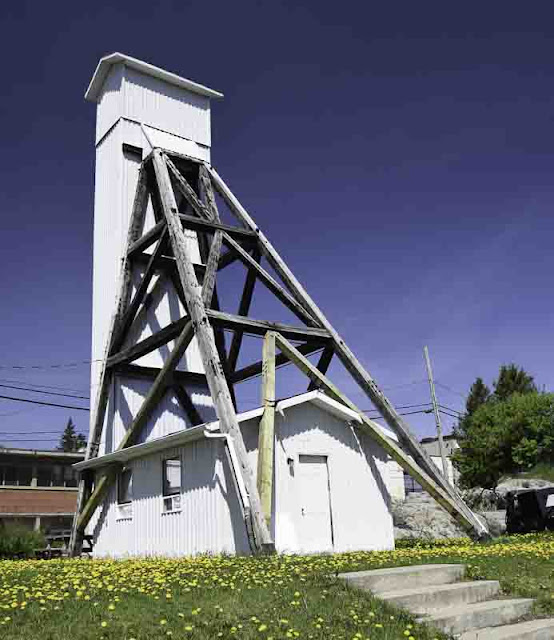 When you arrive in the centre of town (much smaller today than when mining was in its heyday), you can't help but notice this headframe.  It's a real headframe, from a mine nearby, but was dismantled and moved here to be part of the Mining Museum. 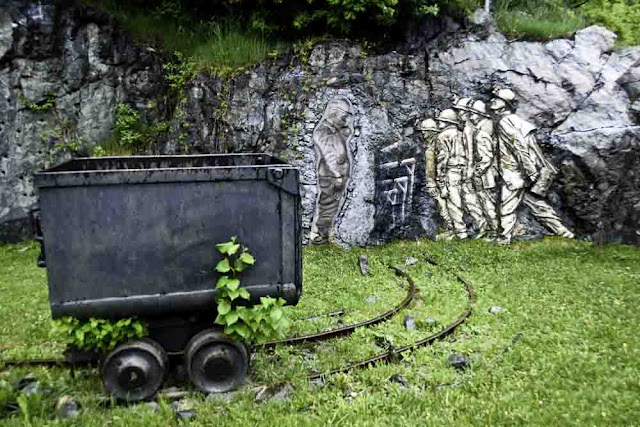 There was a small display of old mining equipment, and these sculptures of miners, in relief against the bedrock, looking as if they're about to enter a mining tunnel. 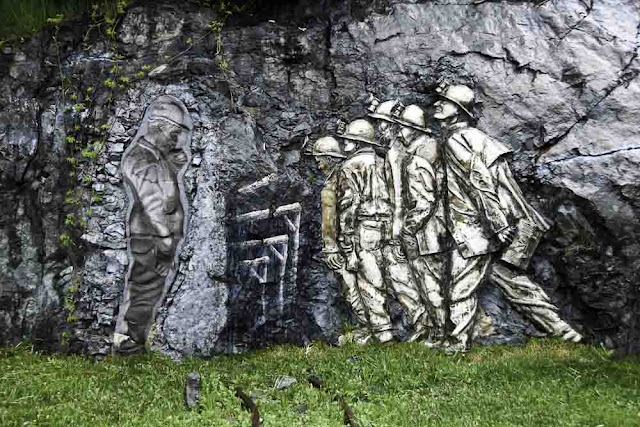 I thought the sculpture was quite effective, and the more I read, the more I got fascinated by the history.  The silver discovery was made in 1903, and Cobalt quickly became a boom town.  Busy mining lasted about 30 years before the veins of silver no longer brought a profit. 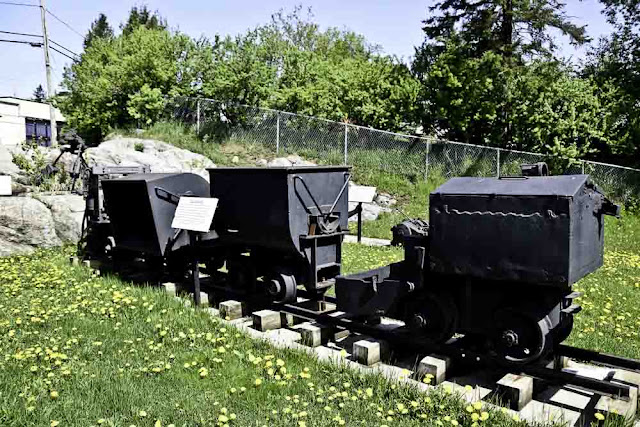 Silver was mined in horizontal tunnels into the rocky hills, and more frequently in tunnels accessed by vertical shafts.  In the tunnels, narrow gauge rail lines like these were used, first with miners simply pushing the small carts, and later with battery powered 'locomotives' like the one on the right of these three. 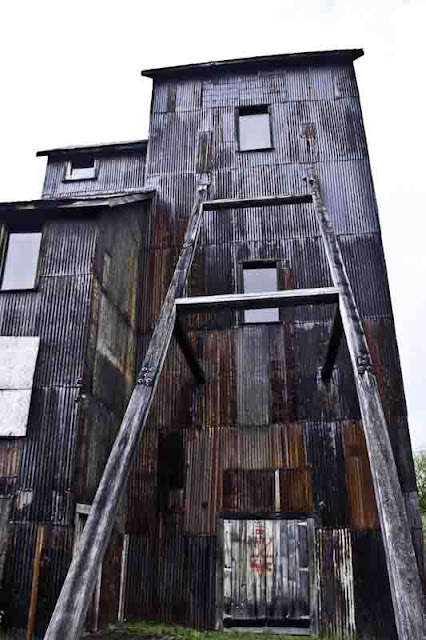 The headframes (some preserved like this one, and some dilapidated) that are such an obvious part of the history, provided the hoist up and down into the mine.   There are several right in town (this is the Right-of-Way mine site), and quite a few more scattered outside the town. 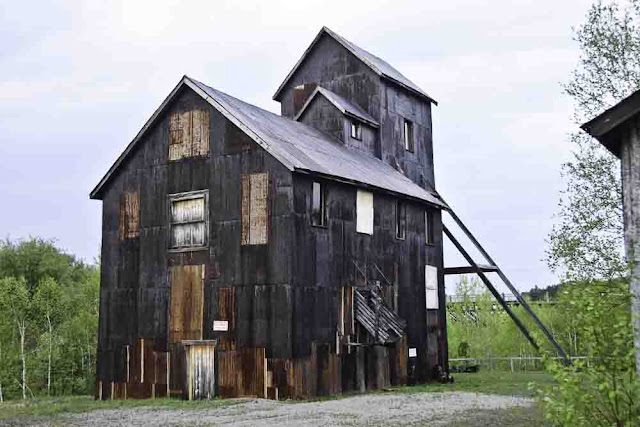 These seem to be the iconic symbol of the silver mining, and you can see several by following the Silver Heritage Trail, a driving route which wanders southeast of Cobalt.  Both it and part of the town itself are a National Historic Site. 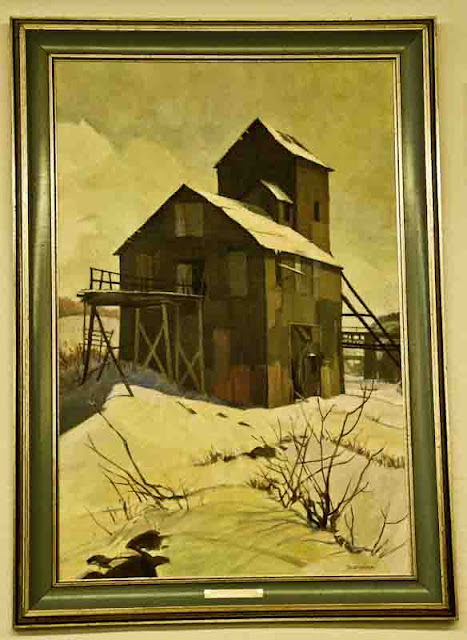 Inside the museum are several paintings of headframes from different mines.  I was interested to see this one which was obviously an older painting of the picture above. 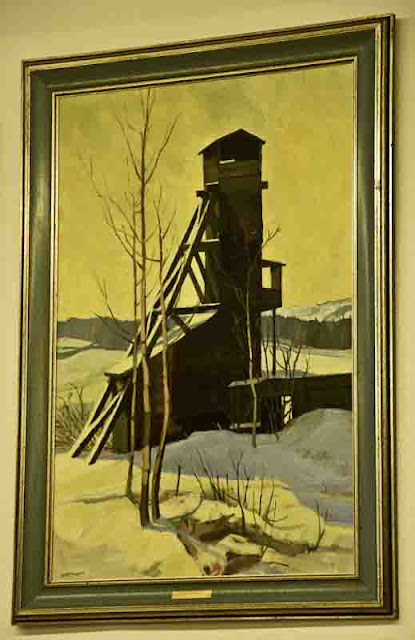 Another mine headframe.  The success of the silver mines in Cobalt is the foundation of Canada's hard rock mining industry.  Skills developed here were taken elsewhere, and prospectors from Cobalt discovered gold in nearby Kirkland Lake and Timmins and further afield.  The provincial School of Mines was established here (now part of Northern College), and the first Provincial Geologist appointed here.   The silver provided profits for mining companies to invest elsewhere, with the result that mining of metals has been an important industry in Canada ever since.

Tomorrow - our mine tour.
Posted by The Furry Gnome at 7:50 PM