A week ago now, I broke away from garden work and went for a walk on the trail, heading east from Blantyre, where I knew there was a small waterfall, and some nice deciduous woods.  I haven't been on this section of trail for several years. 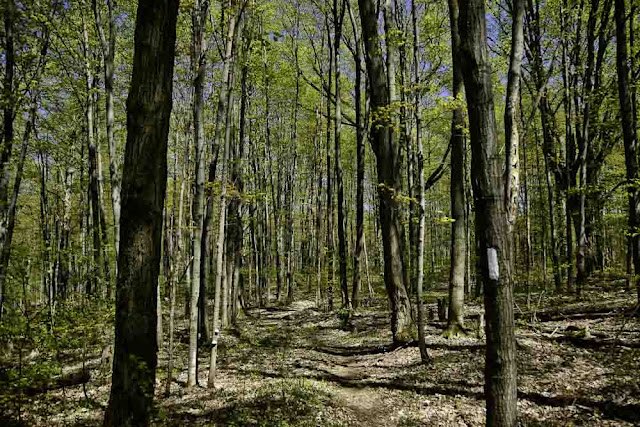 It was one of those beautiful May days, the leaves well on their way to being out, and a glow of green throughout the woods.  A pleasant easy walk too. 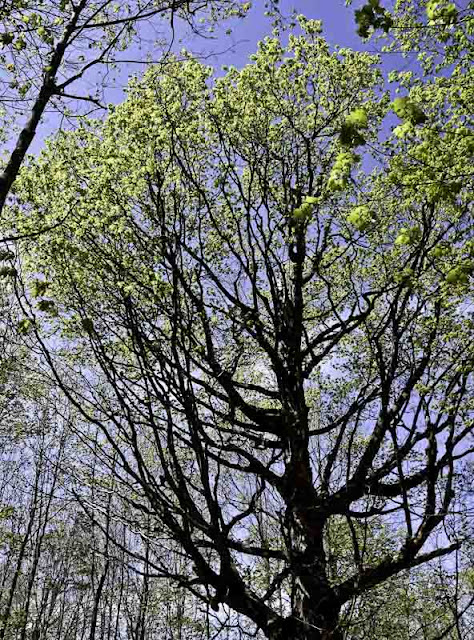 In the first section of this trail there are some really big old trees which I enjoy. 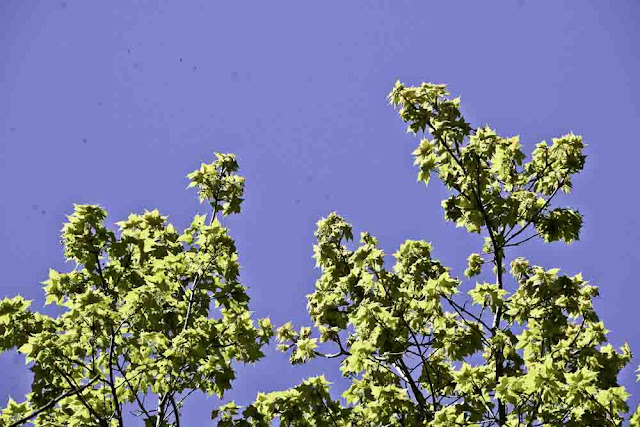 I like the bright green of the Sugar Maple leaves against the blue sky. 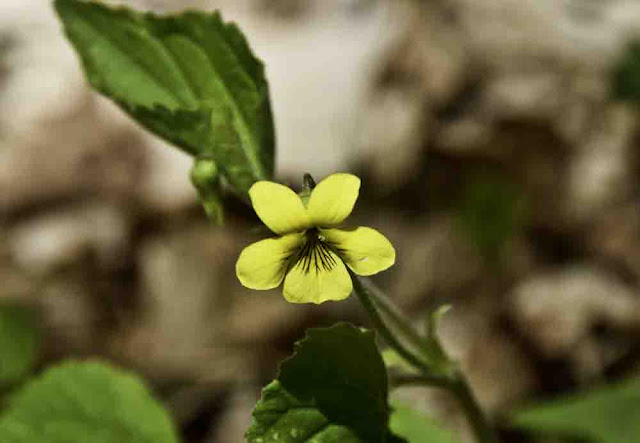 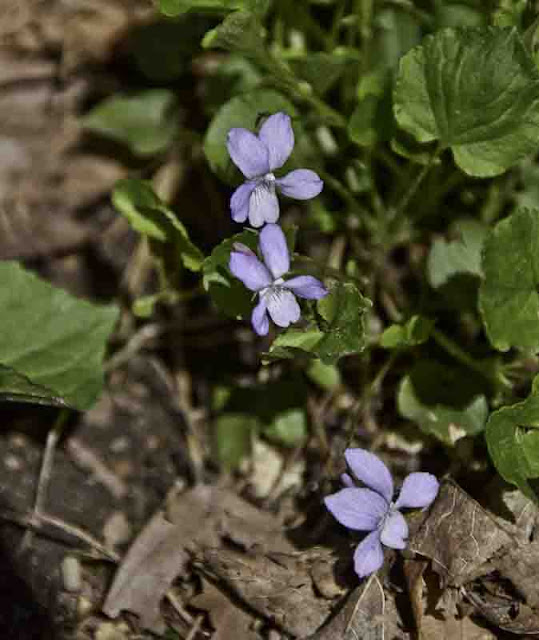 I didn't see a lot of wildflowers, but I did spot these two colours of violets. 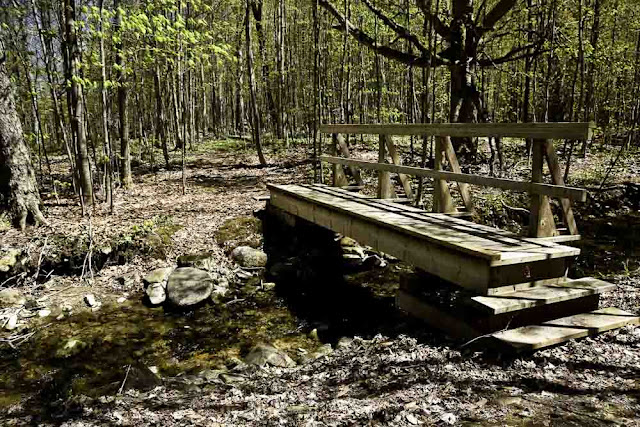 I had completely forgotten about the first stream that you come to, just a short distance down the trail.  And there's a nice new bridge over it too. 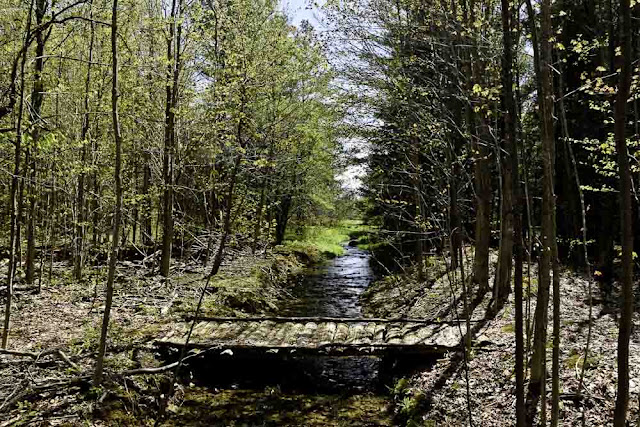 Both of the streams in here are small little streams; they emerge from springs just a short distance upstream.  We'll see the second stream tomorrow. 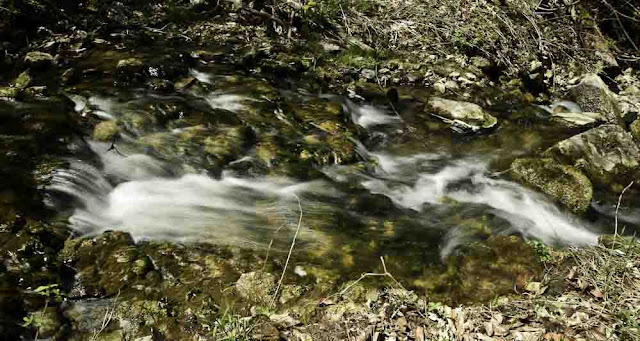 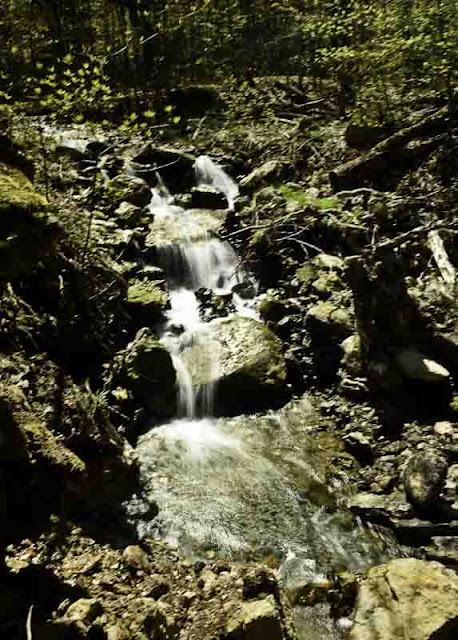 It's a nice little stream, and it does tumble down over the edge of the slope creating a small waterfall.  I tried some of those 'slow' water shots, but the harsh sunlight through the trees made the lighting difficult.  I must remember that often the best shots for places like this should be taken under cloudy skies.

Two more posts to come from this walk, but I'll leave you with these growing and glowing beech leaves lit by the sun.

We're entering the busiest six weeks of the year for us in 2016.  We have a garden that needs more work than I can give it, and the weeds grow fastest during the month of June.  I'm already falling behind with what should be done there.  We've got a bit of travelling, visiting, and visitors, as well as an out-of-town wedding.  There are projects on the trail and on Bruce Trail properties that I'd like to get at.  To say nothing of maybe the occasional hike, paddle, or a bit of photography.

The result will probably be a lot fewer blog posts for 6 weeks or so.  But I'll be accumulating adventures to share later along with everything else!  Take care.

And a special thanks for all the kind comments on yesterday's post about William.  We are indeed very proud of him, what he accomplished in his 38 years, and the work he did.