The Mining Museum in Cobalt also runs a mine tour, a short drive out of town, where you can walk through some of the old tunnels of one of the silver mines.  That was an unforgettable experience, and we also enjoyed the Mining Museum itself. 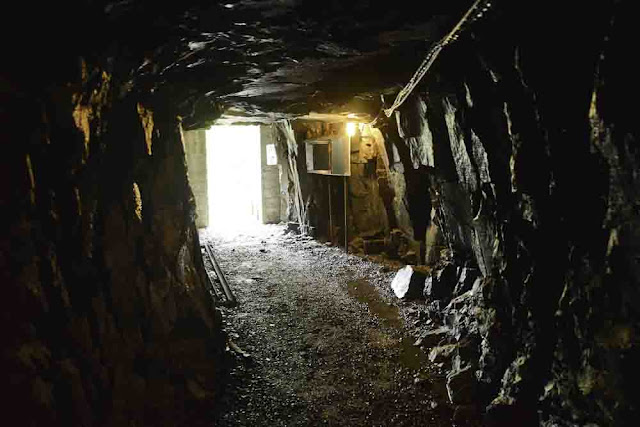 The mine tunnels are several feet wide, and about 6 feet high, as they had to be able to push those tiny railway cars through them with the ore that was mined.  But once we got away from the door, you REALLY got an idea of how dark and claustrophobic it would be in the mines. 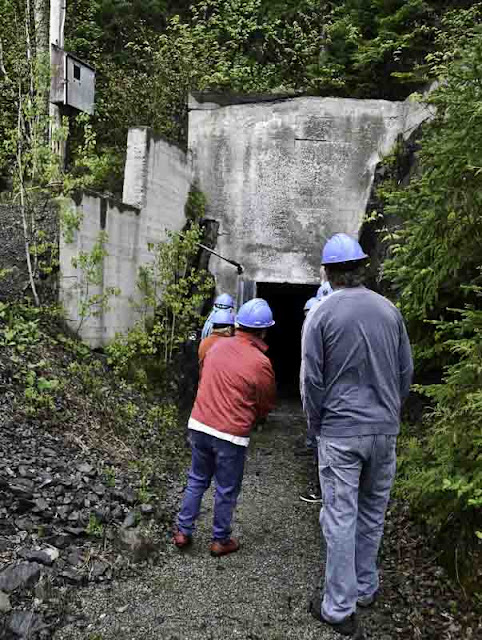 Horizontal tunnels like this one are called 'adits', in comparison to the drilled shafts that descended vertically, so it's easy to just walk in.  Of course they wouldn't have a cement and steel entrance and lights like this one back when the mine was in use.  These were added for safety with the tourists. 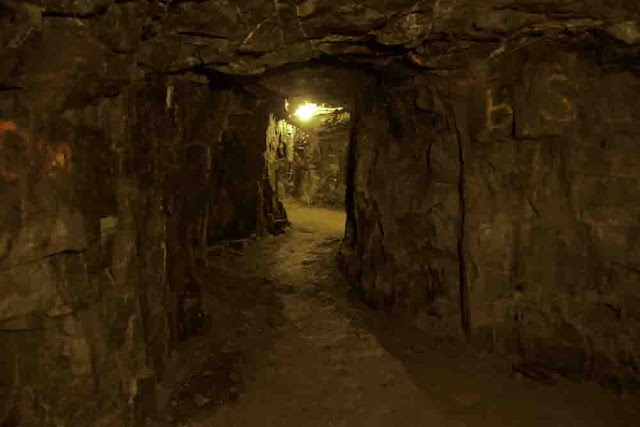 Our tour guide was a retired former miner who could really talk about what it was like.  He locked the door open behind us, just in case!  He also told us that these mines were relatively safe.  Because the rock is so hard, they didn't suffer from collapses, and because there was no dust, there wasn't the same health hazard as in many other mines.  It was just dirty, dark, hard work! 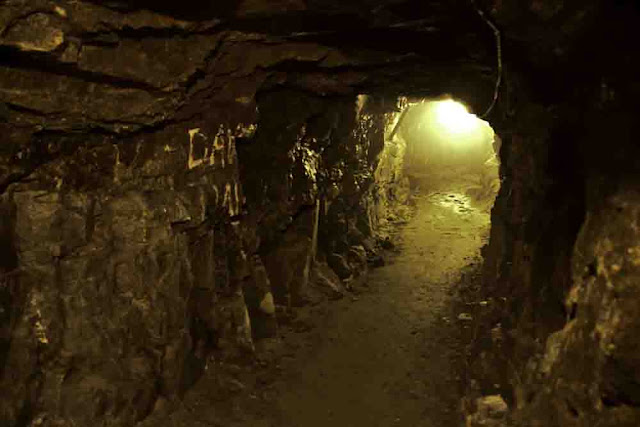 They had a few old different types of drills set up in the mine, but all of them pretty rusted by now.  It's been 100 years since most of these were used.  The tunnels and shafts would simply follow the veins of silver.   I found it quite a challenge to get photographs, trying to avoid a flash by setting my camera to a high ISO. 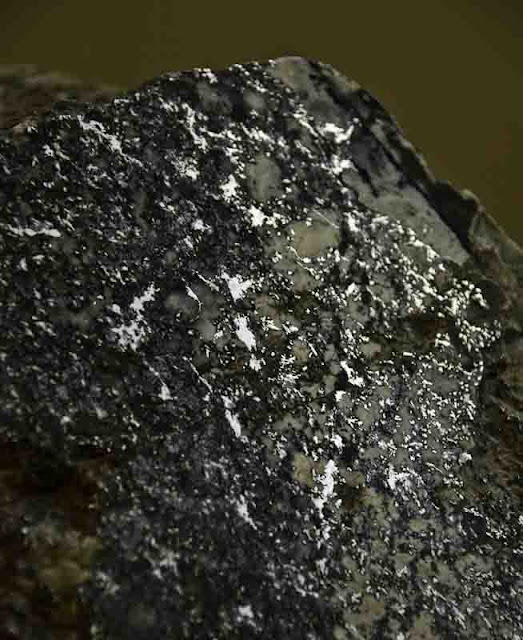 Back in the museum, they had a lot of silver, small bits, big bits, and chunks of ore, like this one.  I believe this was on loan from the Royal Ontario Museum. 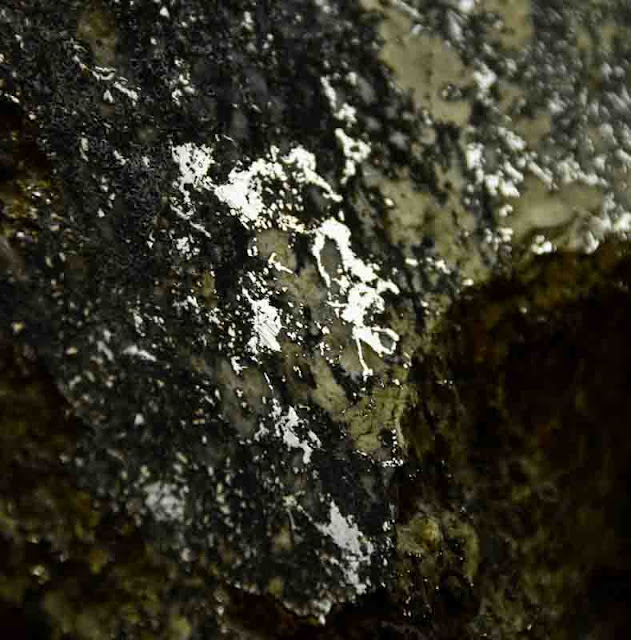 The silver is quite obvious in the ore, though only when it's cut flat where it can be seen.  There were a lot of other mining exhibits too, as well as history of the town. 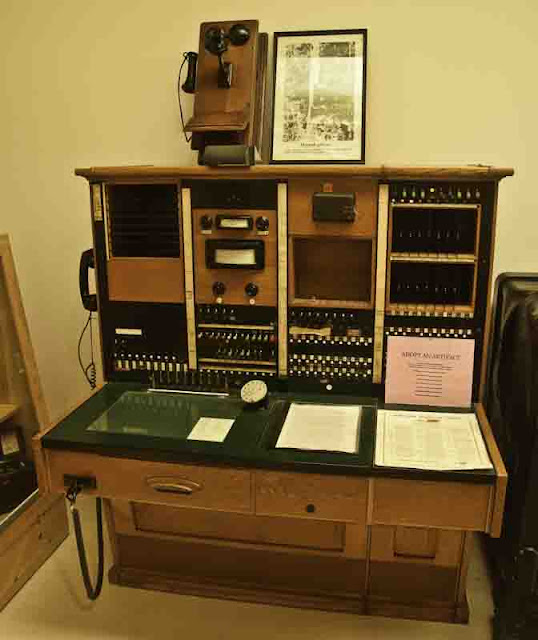 I liked the old telephone switchboard - we've come a long way!!  I always remember that when I was young, living in Woodstock, Ontario, we just had to dial '4' to get my dad at work.  The office he worked in must have had one of the first phones in town! 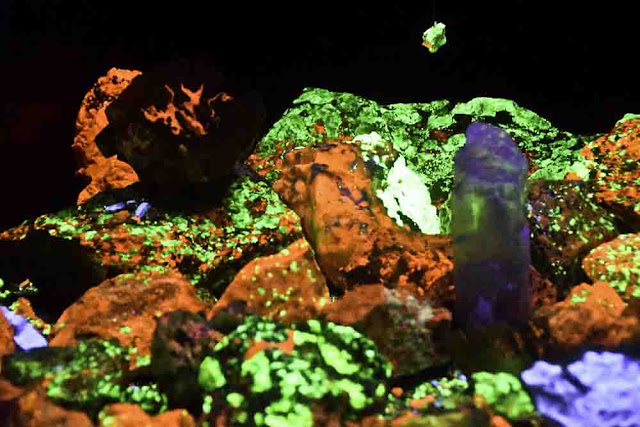 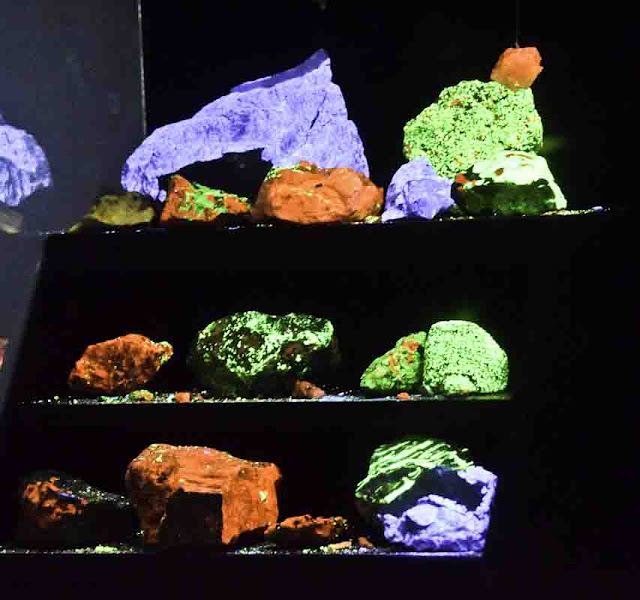 Way back in the far room, they also had a display of fluorescent minerals, the best I've seen anywhere.  These are composed of several different minerals from different parts of North America. 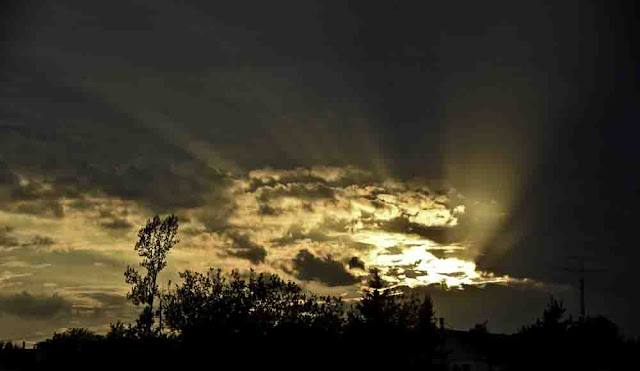 After a long day of the mine tour, the museum, those shopping trips I mentioned, and a fabulous dinner in Ville Marie, Quebec, we headed home, to see this beautiful sunset over town. 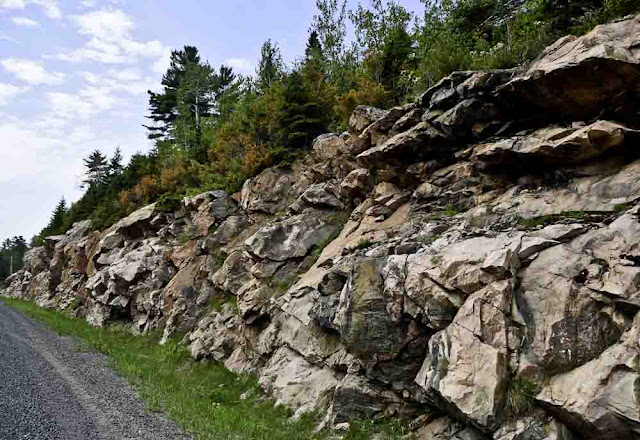 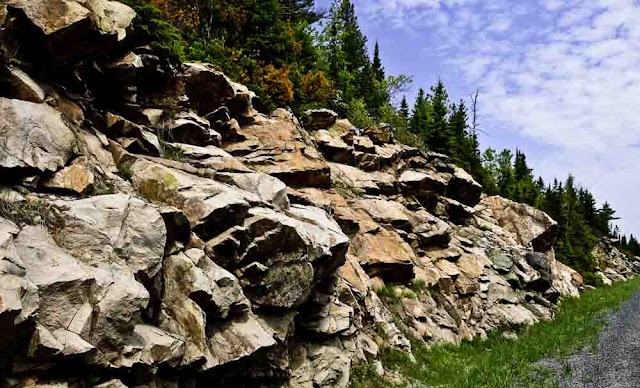 The next day we took our time getting ready, after another delicious breakfast of french toast and sausage (who knew my son was such a chef!).  We headed south on the long drive through North Bay, past Huntsville, down to Orillia, and west to Grey County.  We really enjoyed the rock cuts on the first half of this drive, all that pink granite.  These pictures (and a bunch of others) were taken on request, as a source of possible ideas for an upcoming quilting contest.

Now it's back to gardening madly trying to keep ahead of the weeds!