Waterfalls in the Valley

The central part of the Beaver Valley is surrounded by the steep slopes of the Niagara Escarpment, often with an actual cliff.  The result is a number of interesting waterfalls, all tied quite closely to the geology.  These are some of the lesser known ones, none of which actually have names as far as I know.  I'm starting to name them out of my own interest. 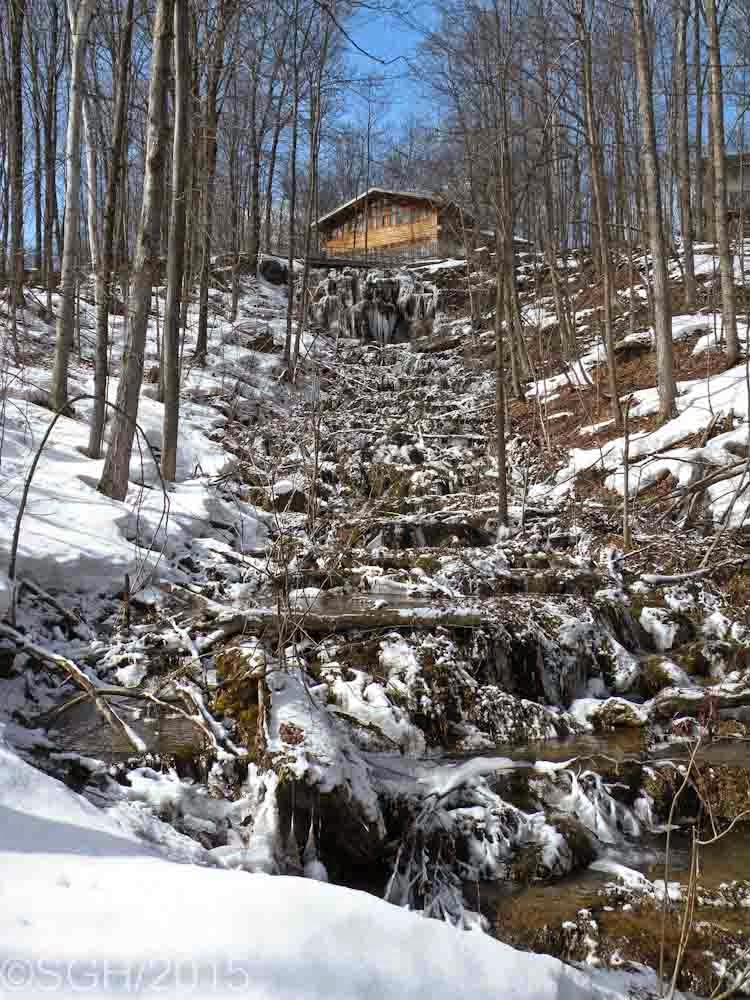 This is the top part of a double waterfall beside the Bruce Trail just south of Bowles Hill.  The top layer is the hard blocky Amabel Limestone, where there's a vertical drop.  Then the stream tumbles down over boulders and underlying rocky ledges all the way to the bottom. The ephemeral waterfall at Bowle's Gully also falls over that top layer of hard limestone; you can see here how thick and blocky the upper layers of the cliff are.  This falls only flows when there is so much rain or spring melt that the sinkhole gets backed up.  Then the water overflows the edge of the sinkhole, and follows the rocky streamcourse down to the edge of the cliff.  The falls is only there for a few weeks a year. 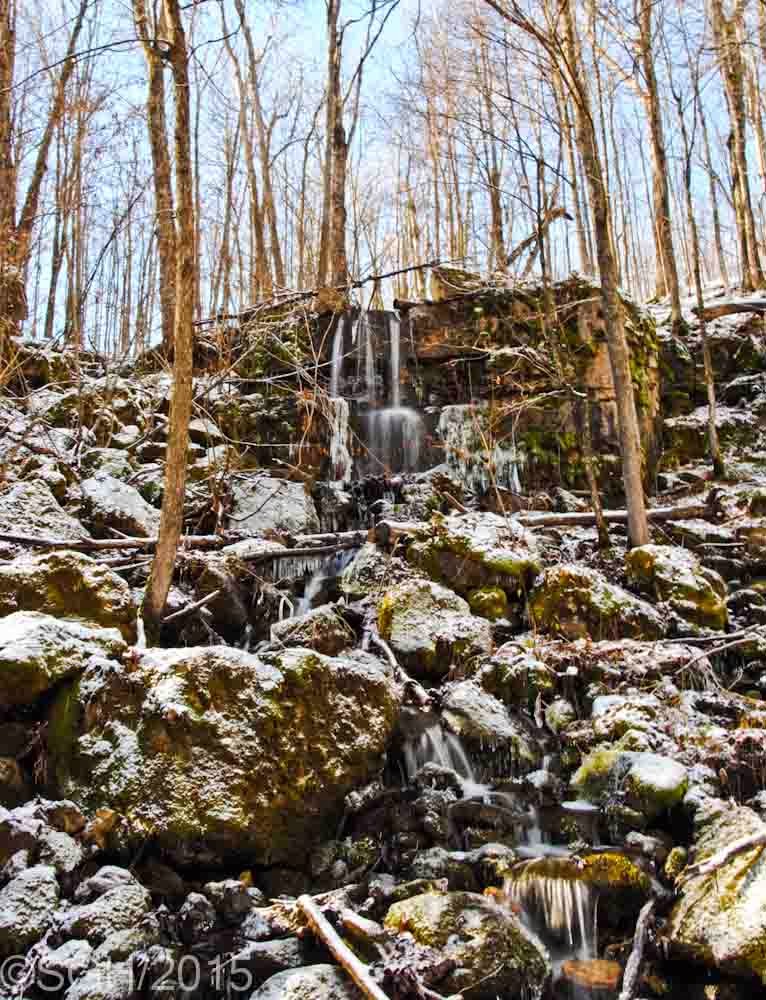 This is a smaller but similar waterfall that only flows in the spring or after a lot of rain.  That upper layer of limestone tends to be full of cracks that the water flows down into, but sometimes there's just more water than the cracks can handle, and the waterfall flows for a few days. 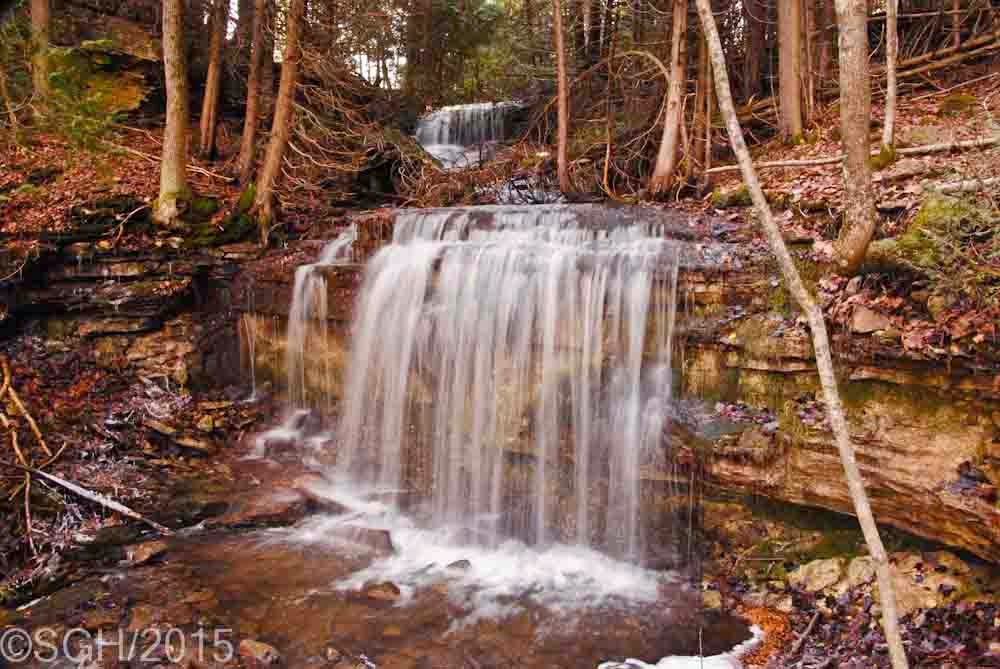 A very different waterfall, this stream on the eastern side of the valley flows over two short cliffs and a series of rocky ledges in between.   This is a completely different rock formation, lower down the slope between softer geological layers. 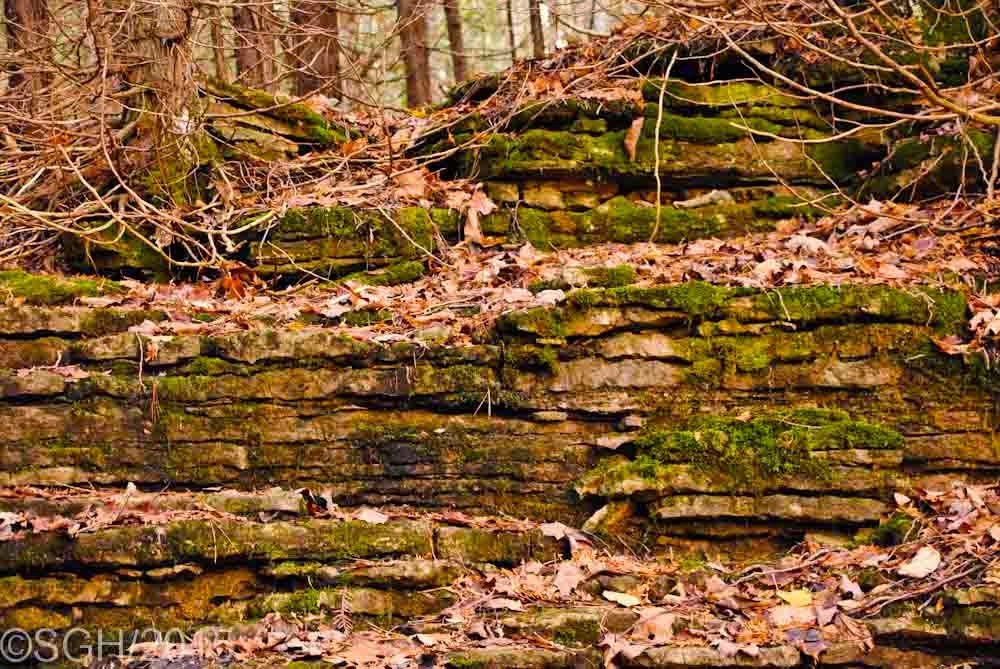 This is the Manitoulin Formation, also a limestone, but very different from the thick blocky Amabel Limestone (which is actually the hardened remains of ancient coral reefs).  Instead this layer formed in flat layers on an ancient delta; you can see how flat and thin the layers are in this picture. 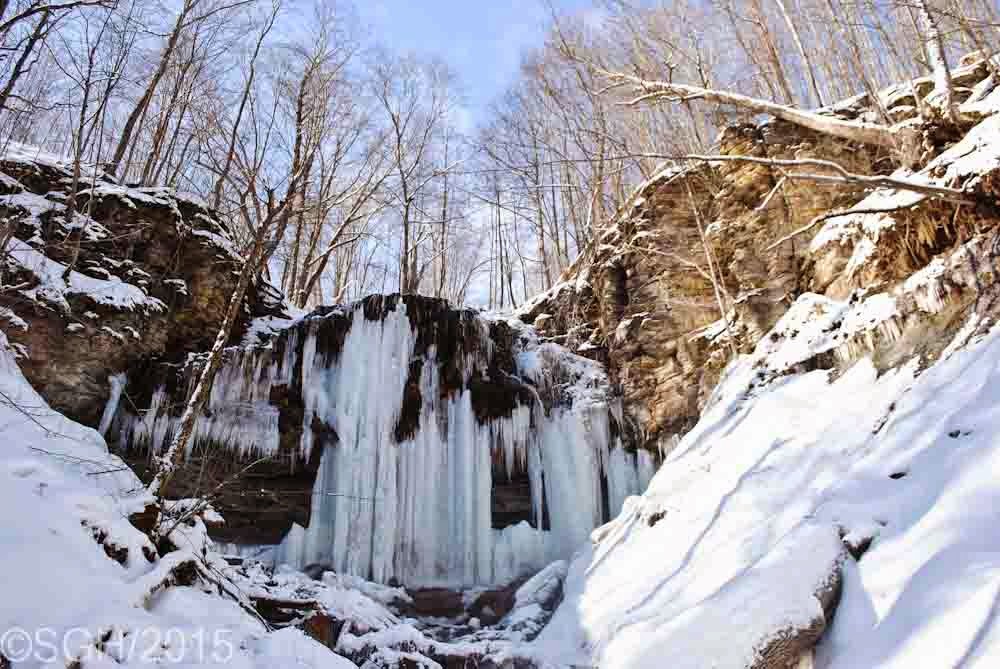 Yet another un-named waterfall, also flowing over the Manitoulin Formation.  This stream rarely actually dries up, but it does have only a trickle of water in the summer. 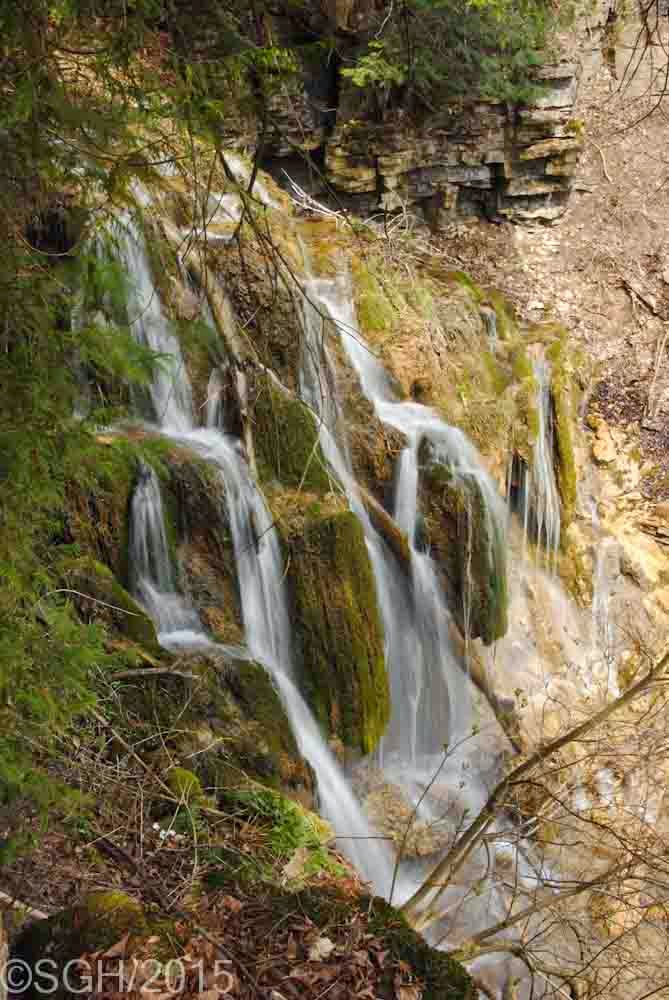 And my final waterfall is also over the thinly-bedded Manitoulin Formation, but this one is the bottom portion of the waterfall shown in the first photo above, which only shows the top half.

I've left out the bigger Eugenia, Hoggs and Webwood Falls today, but posted pictures of all three recently.  So you can imagine how I enjoy getting out and exploring waterfalls in the valley, all within a few kilometres of my home.

Hope you're all having a Happy Easter; busy here with visitors, so probably won't be back til Monday.