Adventures Along the Wodehouse Karst

I've been meaning to pull together the story of Wodehouse Karst for some time now, perhaps the single most interesting feature of the changing seasons in the valley.  I've now explored it in all seasons, so I think I understand the basics of this fascinating geological place.

And this week I had two further adventures, always learning a bit more.  First, a fellow photographer and I flew over the watershed!  I chartered a small plane out of Owen Sound, scheduled the trip for a sunny morning with little wind, and off we went. Flying from northwest to southeast, the first part of Wodehouse Creek you come to are the springs - these are utterly amazing!  The springs consist of these three small ponds, and the adjacent water emerging in the creek.

I've written previously about Wodehouse Karst, where the stream that originates in these springs normally drains into sinkholes three miles downstream, generating major springs below the escarpment.  But in the spring flood it overflows the sinkholes and flows further south, creating both a temporary lake and a temporary waterfall at Bowles Gully in the Beaver Valley Ski Club. 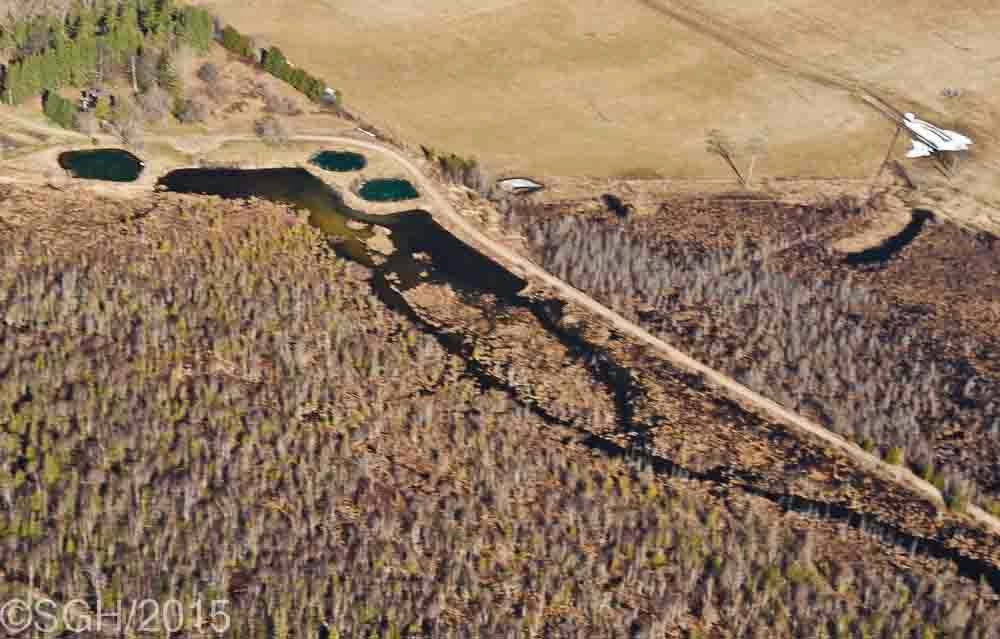 The creek begins immediately, forming a stream about 15 to 20 feet wide and a foot deep, flowing east.  You can imagine the amount of water rising in the springs to generate that large a stream, year-round! 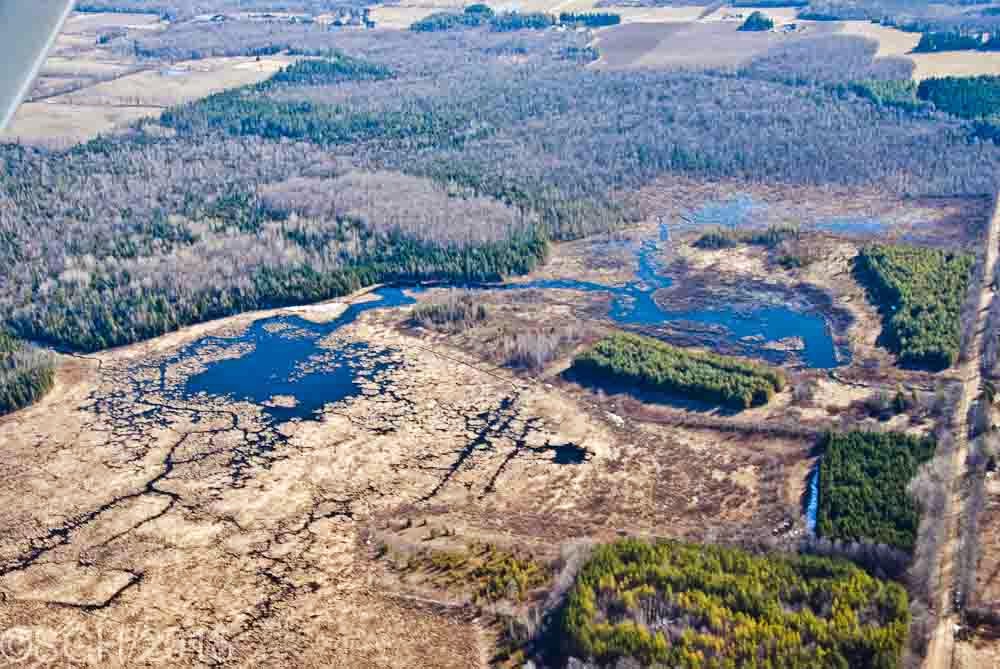 Just across the first road, the creek enters a large wetland, the Wodehouse Marsh.  The wetland is on the left half of this picture, more or less, while the further water body on the right is a beaver pond.  You may be able to see the short straight line where the beaver dam is, and the creek becomes a creek again.  I've seen or heard Sandhill Cranes, Great Egrets, and Bitterns among other birds in this wetland, but from this viewpoint you can see the straight lines that are evidence of early attempts to drain it!  All of this is now conservation land. 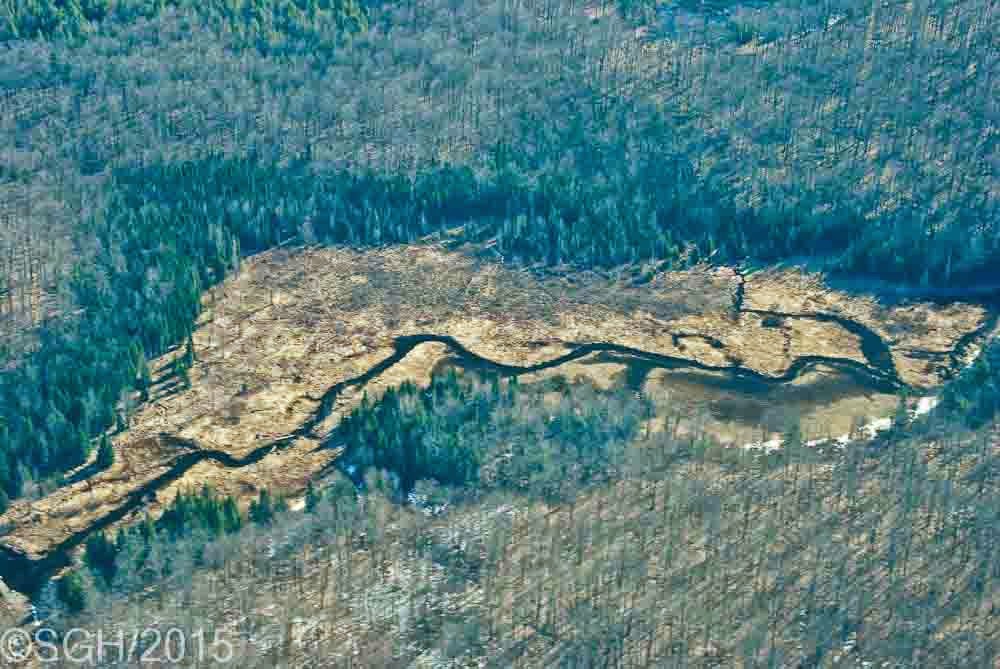 After the marsh, the creek flows south through about 2 miles of forest, with some wet floodplain along parts of the way.  This is from Sideroad 13 south to nearly Sideroad 7, for locals who may know the area. 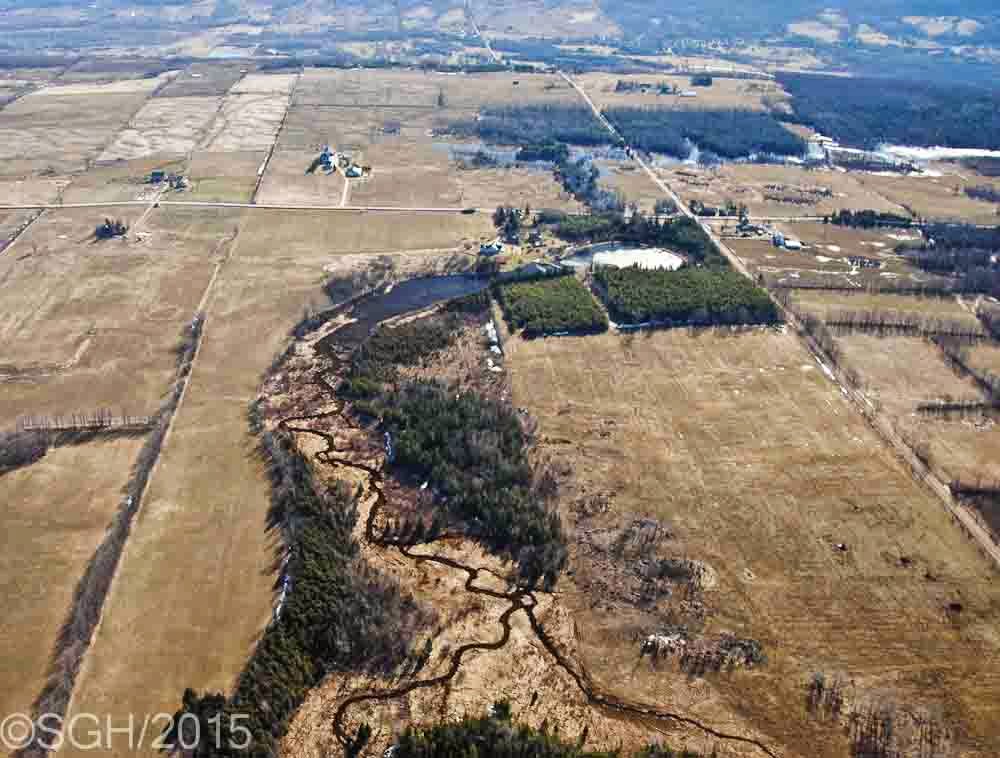 Then the creek turns east, and flows toward the hamlet of Wodehouse, from which it takes its name.  The creek is joined by a tributary from the southwest, and flows on through the marshy floodplain to the old mill pond. 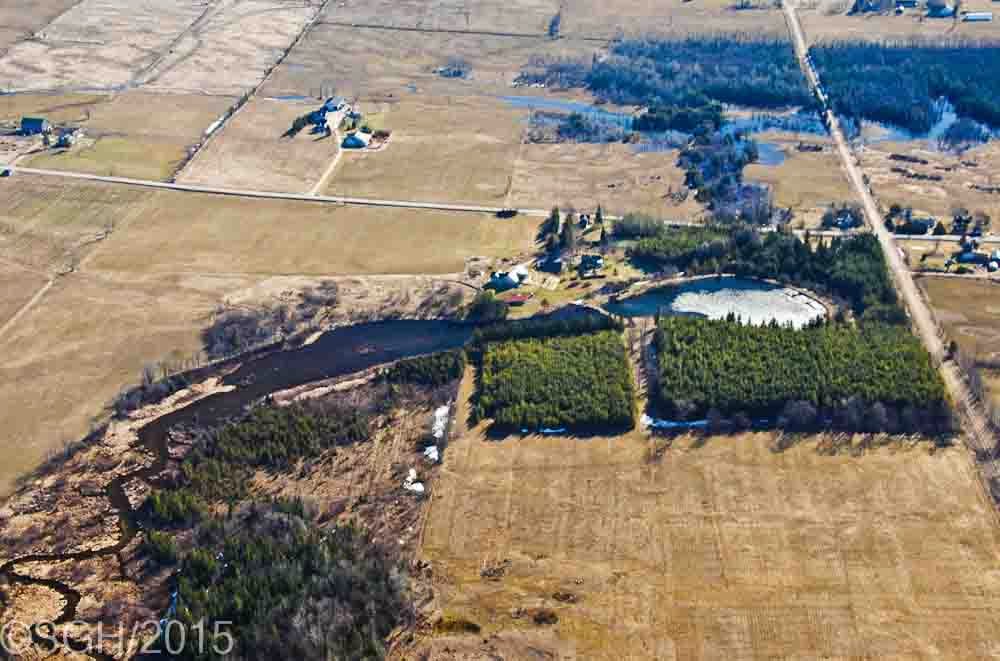 And here are the mill ponds at Wodehouse (the crossroads).  You can see the upstream end of the temporary lake in the distance, beyond the mill ponds.  A local history book on Euphrasia Township mentions a  water-powered sawmill and grinding mill, as well as a blacksmith shop, store and post office in the hamlet.  I need to explore that history a bit more and see if I can find out where the mill was located.

Wodehouse owes its name to the post office.  The next-nearest post office in the village of Kimberley was named after the Earl of Kimberley, who was John Wodehouse, 3rd Baron Wodehouse (and at one time Secretary of State for the Colonies).  They chose the Earl's family name when they opened a new post office at Wodehouse.  I've always understood it should be pronounced 'Woodhouse'. 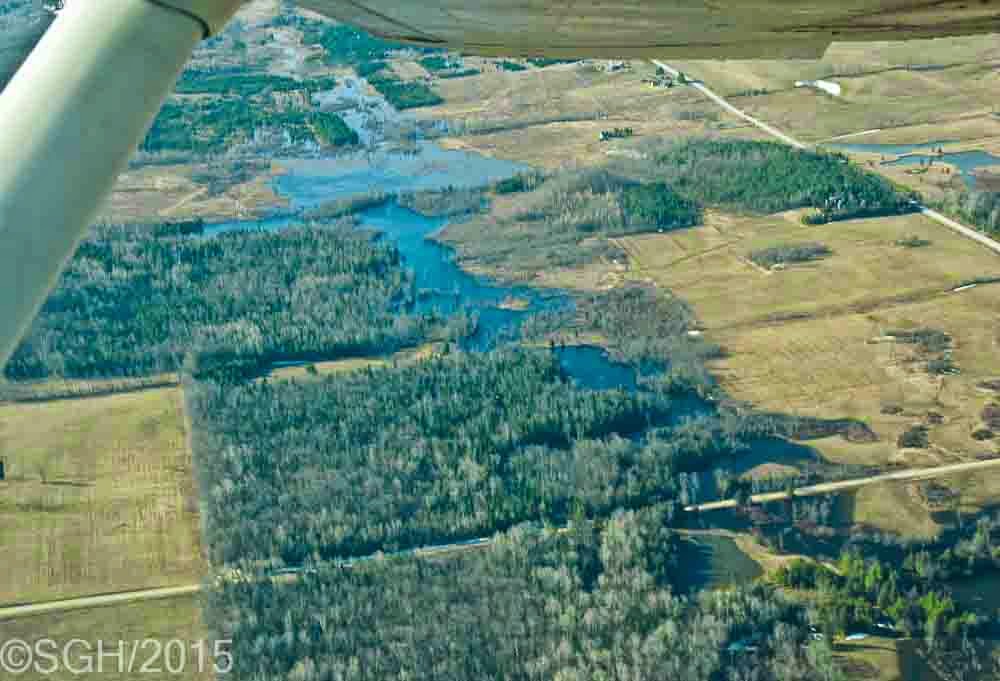 Flying east just north of Sideroad 7, you can see the part of the valley where the creek floods at this time of year, because the volume of spring run-off is too much for the cluster of sinkholes there to handle.  The main sinkholes are about 2/3 of the way up this picture, just before the flood spreads more widely over an old hayfield to the south. 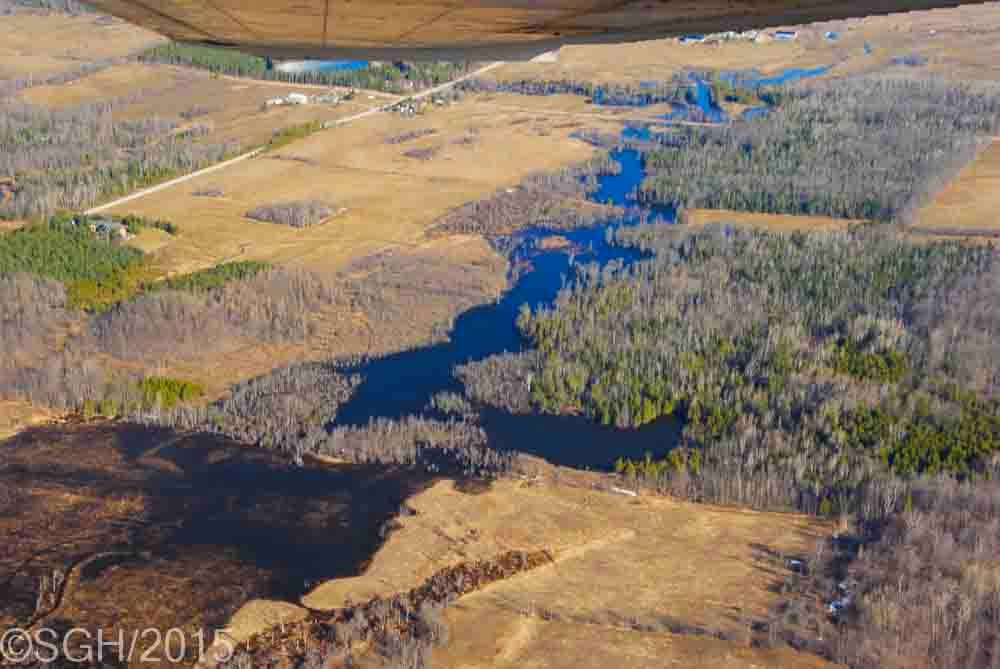 Looking back up the creek from the south, you see almost the entire flooded area, from the sideroad down to the sinkholes (the closest part of the darker blue water), out to the flooded field, where the water is a lot shallower.

We really enjoyed our flight, but looking at the pictures now I realize that I need to go back and fly it in the summer when the water is at a normal level to show the contrast!  Over the next few days I'm going to draw on pictures I've taken over the past ten years or so, to try and tell you the entire story of Wodehouse Creek and the Karst.