I'm pleased to report that we are catching up to the rest of the continent, with our snow disappearing and spring arriving!   I've been watching as the snow on the meadow out back finally vanished. 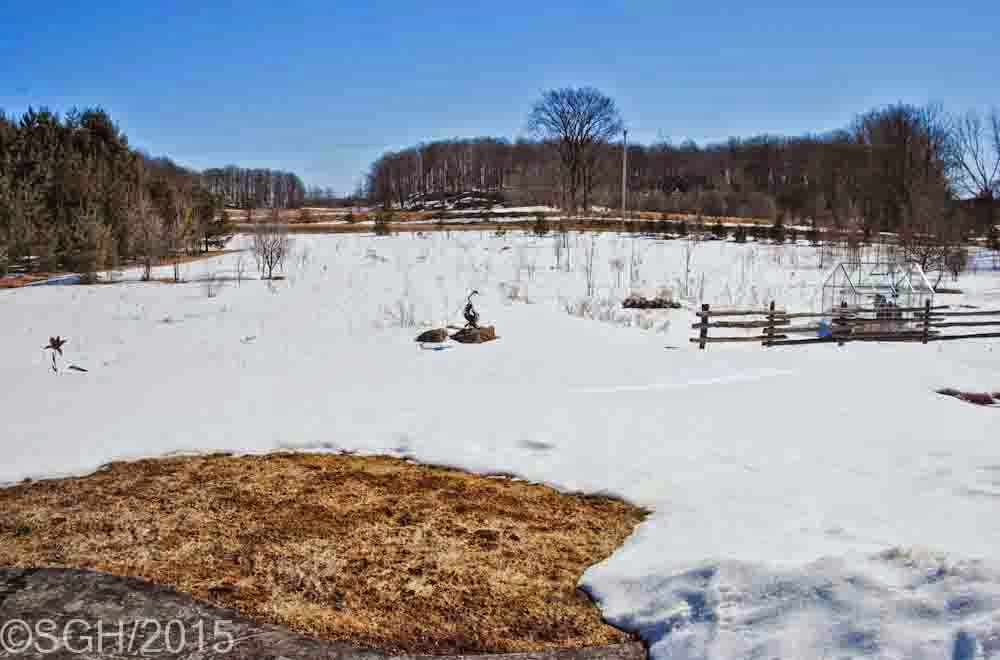 This first photo was taken exactly 10 days ago, on Apr. 1, and I decided to document the seasonal change.  After all, the final disappearance of the snow is probably the single most dramatic change in the seasons over the entire year.  The single bare patch up front is of course over our septic tank.  This is the easiest time of year to locate it if you're in any doubt. 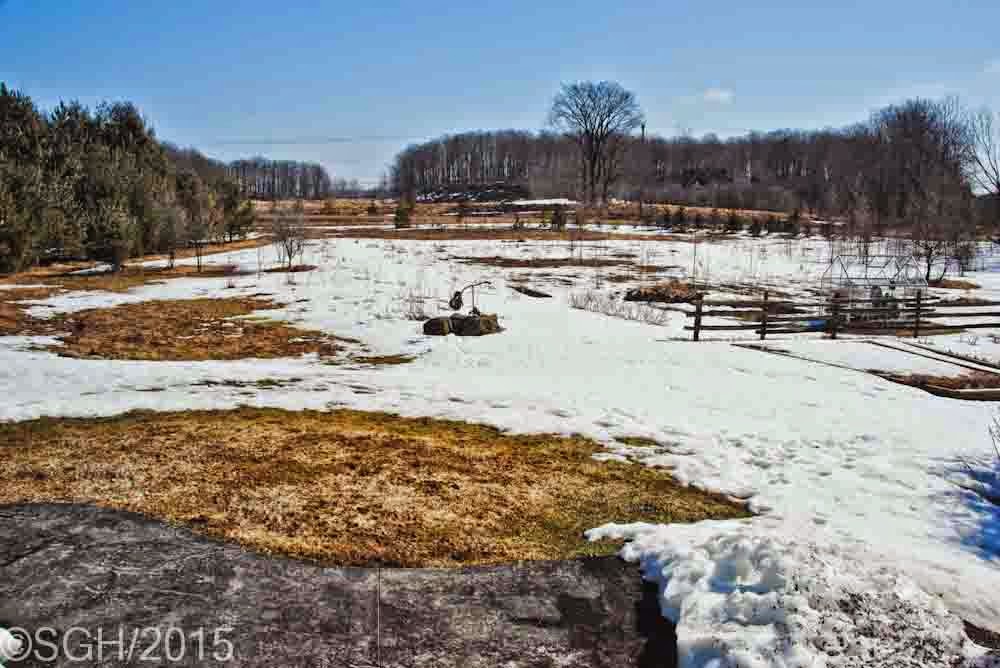 With warmer weather here (for us that means above freezing, and sunny), after only 3 days the snow had evaporated enough to leave bare patches. 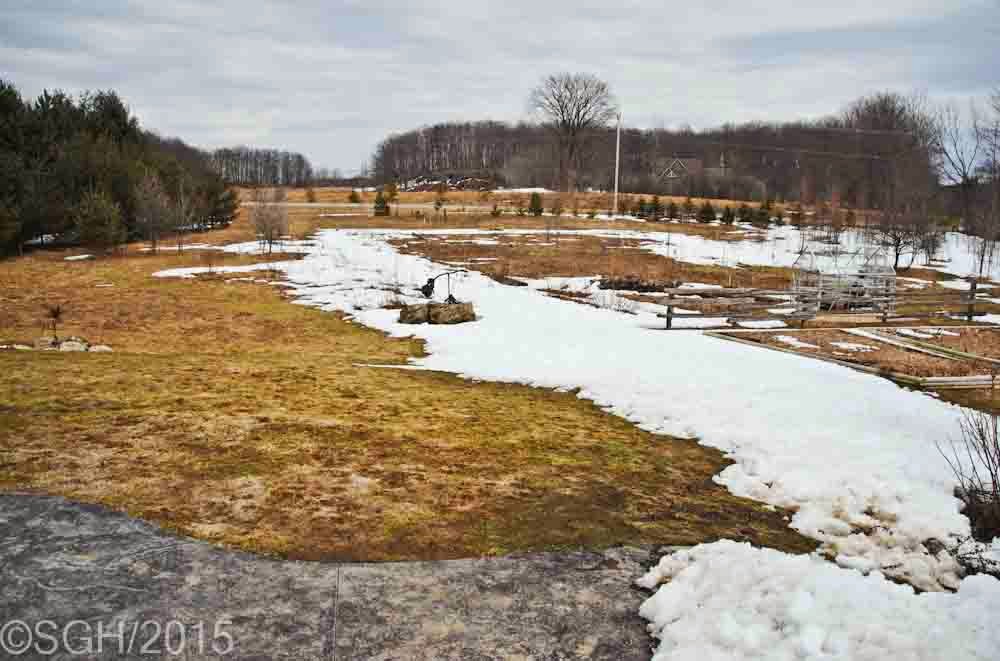 And only two days later, a lot more snow has disappeared.  The long line of remaining snow in a sort of reverse 'J' shape is over the trench where we had our geothermal heating system installed.  I suspect it leaves the ground a little colder as it draws out the heat to warm the house, though I never would have guessed that a pipe four feet down could do that! 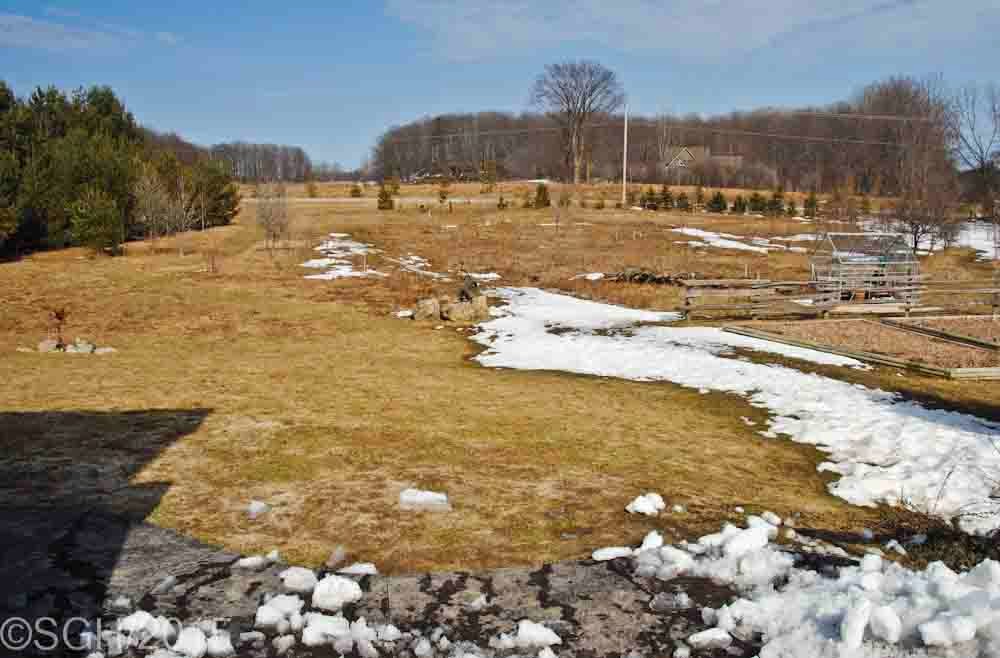 Now the melt is really getting serious, with little snow left.  The chunks on the sidewalk in the foreground are chopped off the pile of ice on the deck and thrown out to melt in the sun. 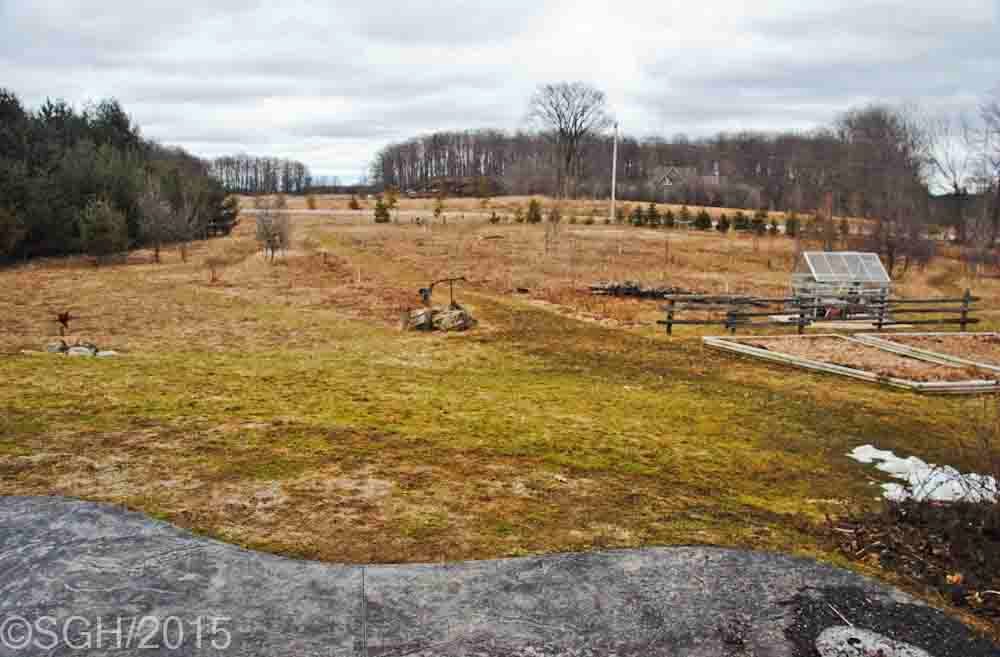 Today, after several warm days, and yesterday a very heavy rain (the tail end of a storm that came up through the U.S.), the snow out in the open is now gone.  That little patch is in the shade of some cedars, and elsewhere there's still lots along the north side of fencerows and in the bush.  A few old snowbanks are still four feet deep.  But spring has definitely arrived!  I think I even detect a hint of green in that grass after last night's rain!