I've been watching the snow vanish steadily, and parts of the meadow and garden appear.  Suddenly today, the tiny Dwarf Iris burst out of the ground and bloomed, all in one day.  It actually got into the double digits today, at +10°C! 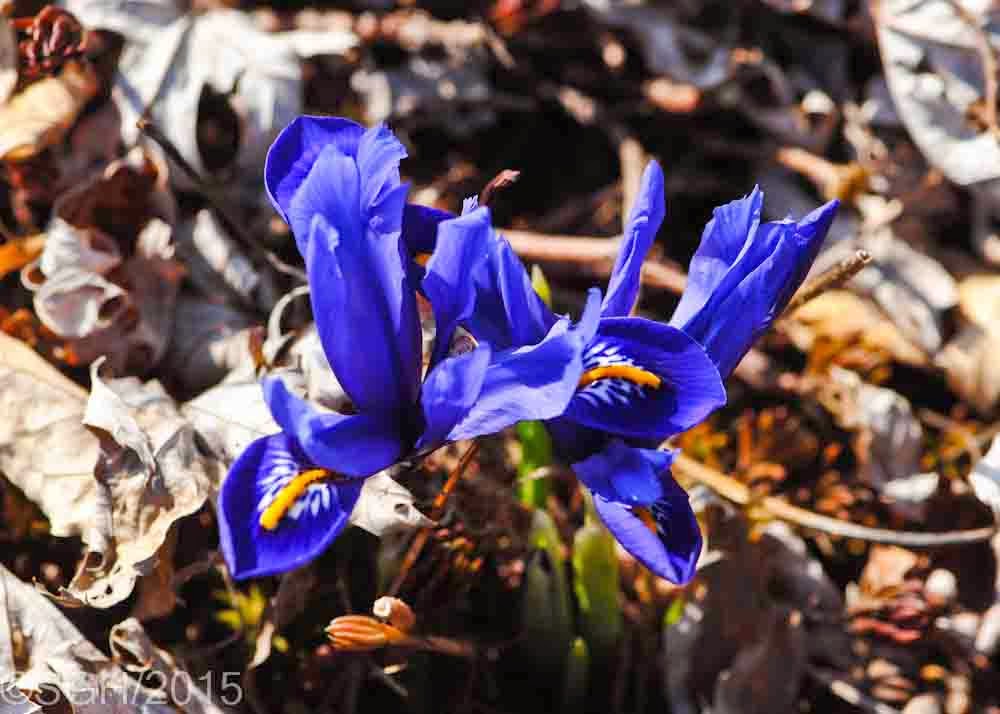 We have a small 'scree' garden that's out in the sun where the snow has now melted; the Snowdrops along the fencerow are still under 6" of snow.  But these tiny flowers are one of my favourites of the year! 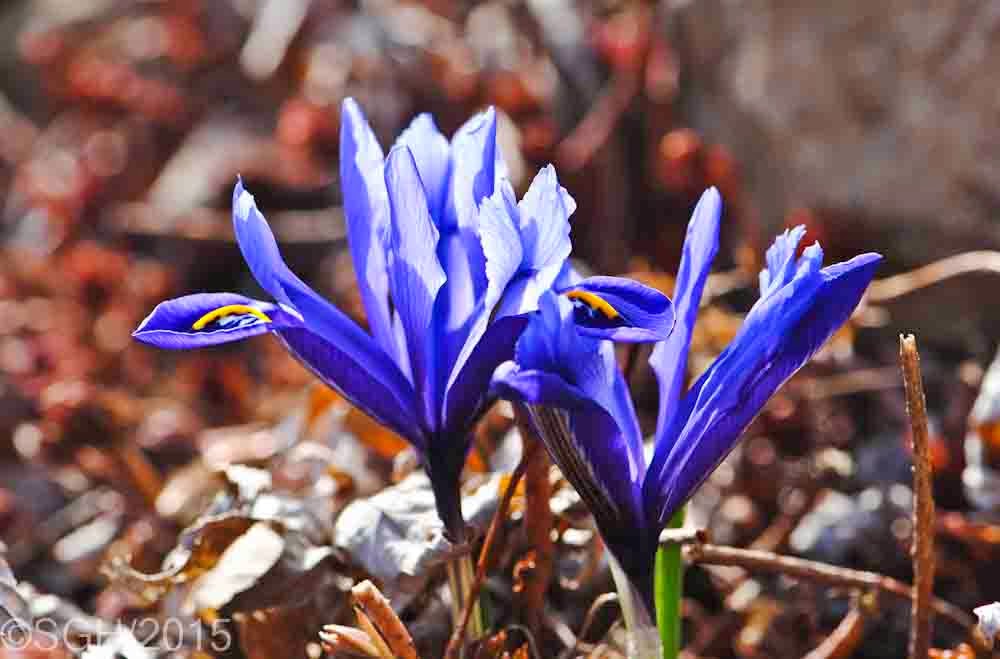 The iris were glowing a beautiful royal blue in the afternoon sun today, the very first spring flower I've seen, and just today. 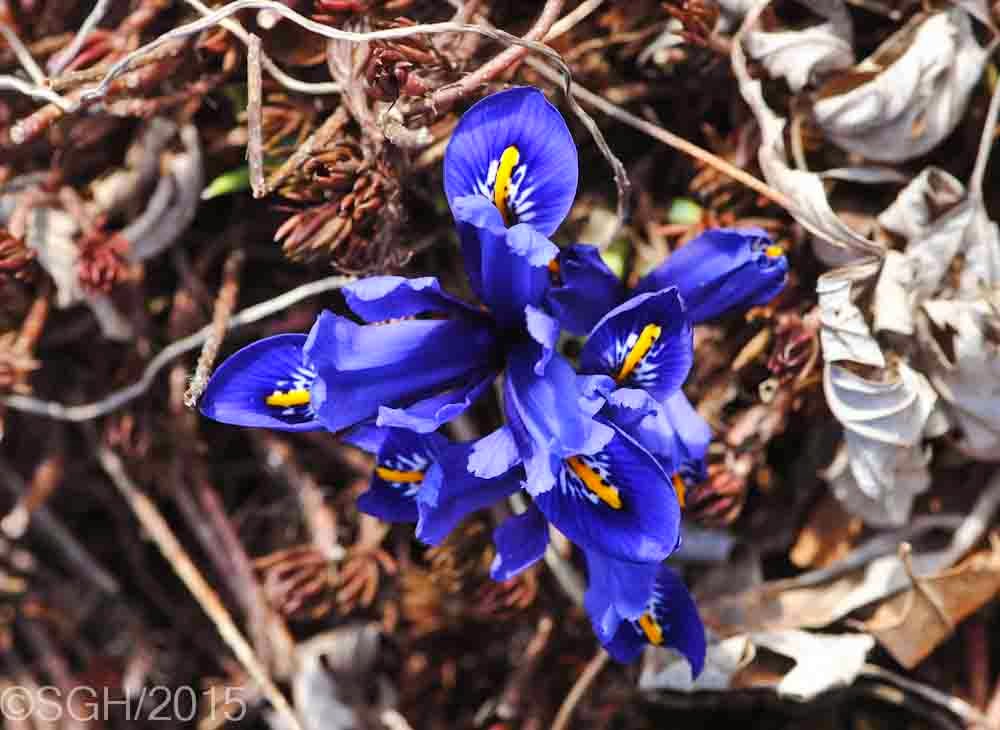 I climbed up on the retaining wall to take a picture straight down.  I like the yellow and white pattern on the petals best. 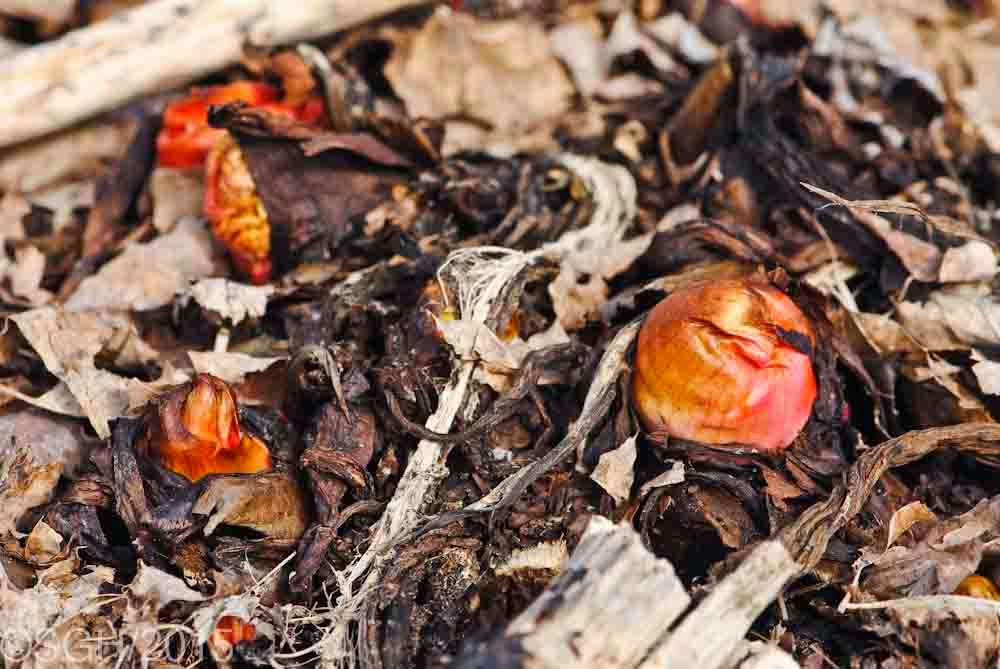 Once I started looking, I realized that several other things were coming up in the part of the garden without snow too.  The rhubarb shoots are just breaking through the leaf litter. 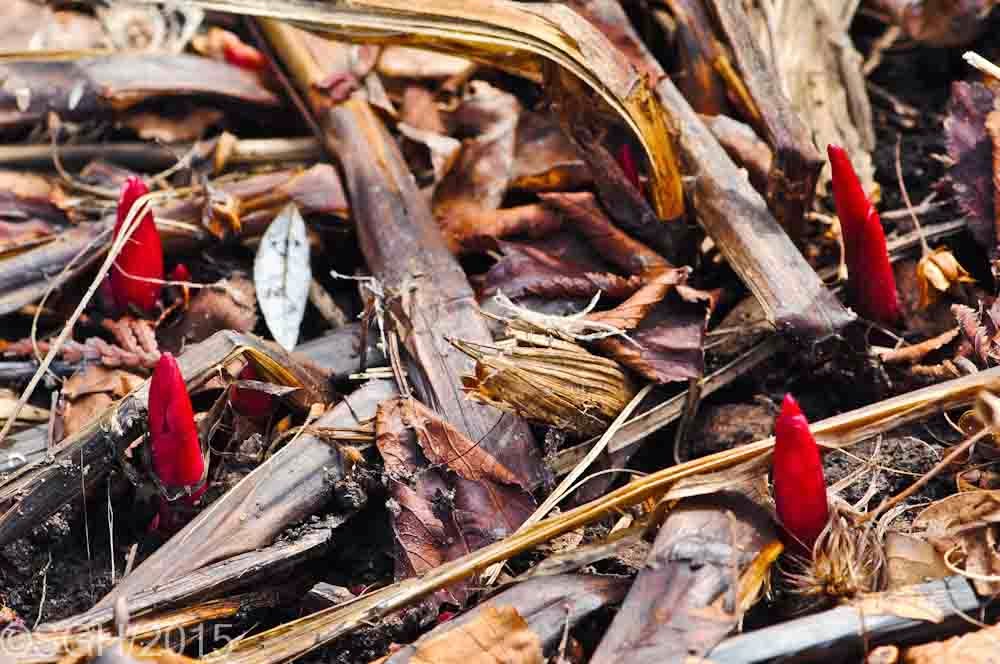 I think of peonies as big fragile flowers, but in fact they're one of the most frost hardy flowers here, the red spikes emerging while snow is still all around.  Only the one in the back right is more than an inch out of the ground. 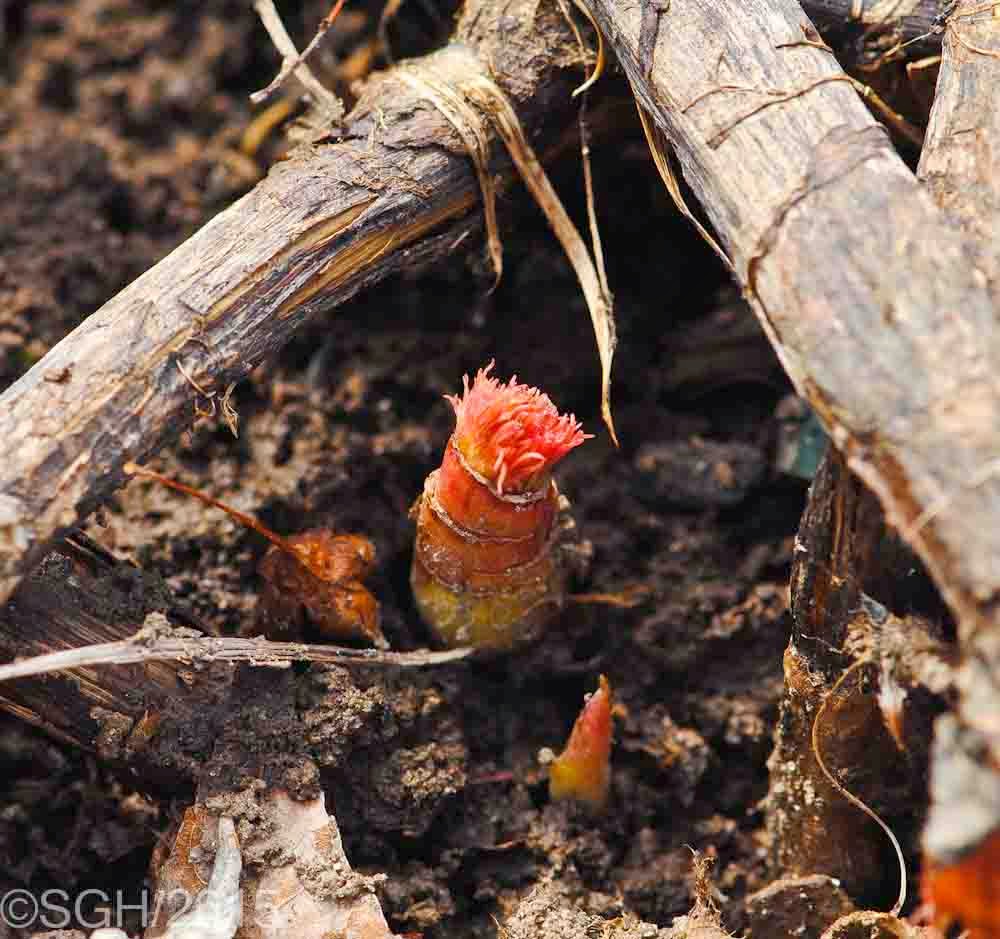 The Fernleaf Peony will be the first to bloom, and this is an early shoot emerging, already showing the fine fringe of the leaves that will rise and spread in the next few days. 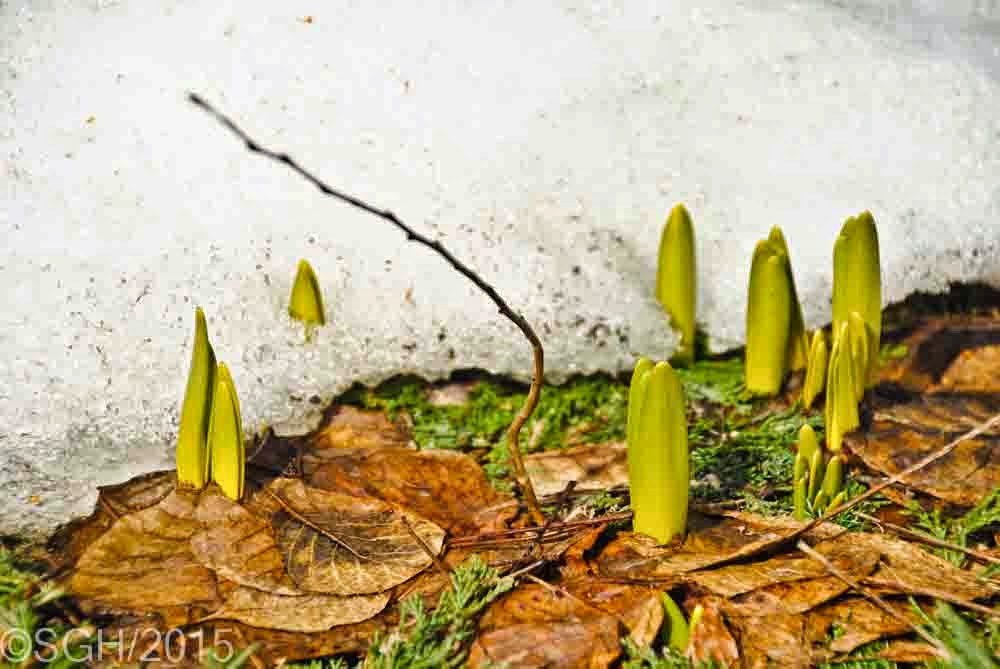 And out front where the 4 foot deep pile of snow off the roof is still melting, these daffodils are up out of the ground.  They were still under the snow this morning!

If you're wondering about my Beaver Valley tour, I was going to finish with a post about the karst sinkhole and springs, but it's taking me a long time to pull together all the photos I want to share, and it's a very interesting story in its own right, so I've decided to make it another series of posts on its own soon.  Hope you enjoyed getting to know the valley here a little over the past two weeks of posts.

It's been a long time since I missed 2 or 3 days in a row with this blog, but the busy Easter weekend coincided with a large pile of marking for the on-line course I'm teaching this semester.  Just too much to do.