One of the most obvious landmarks in the central part of the Beaver Valley is the power plant - or officially the 'Eugenia Falls Generating Station'.  Interest in power generation at the falls began just about as soon as settlement in the area, but it wasn't until just before WWI that the interest culminated in the construction of the present power plant. 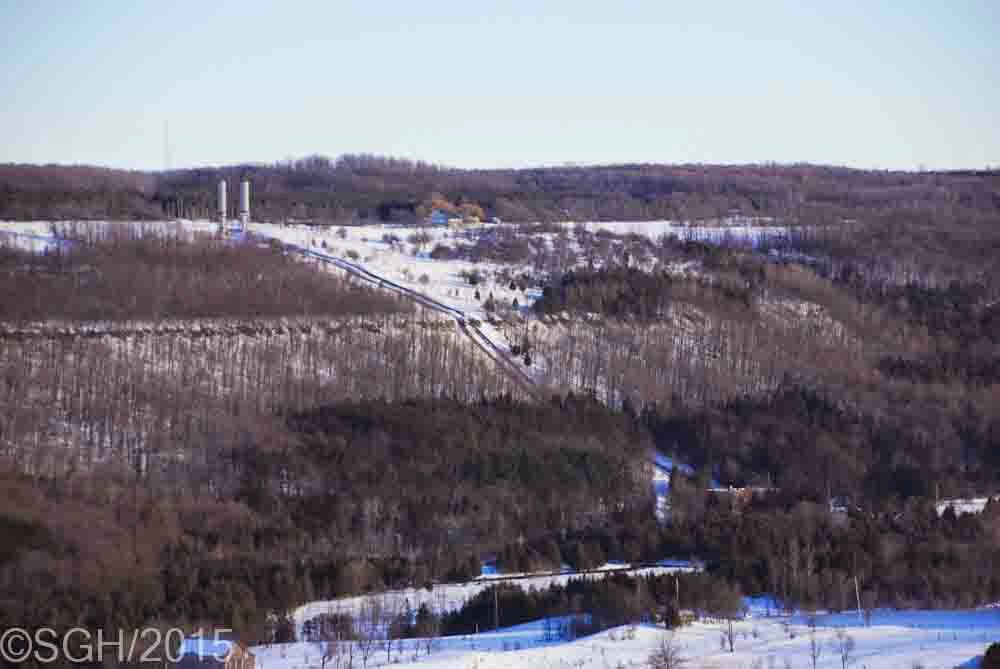 This is the view that I see most often, since we live on the opposite side of the valley.  The towers are at the top, and two pipes carry the water down the escarpment to the power house.  You can just see its roof among the trees.  The two towers at the top are stand pipes, essentially pressure relief valves for the system, which could otherwise explode from changing water pressure.  This view is taken from the top of the Avalanche ski run. 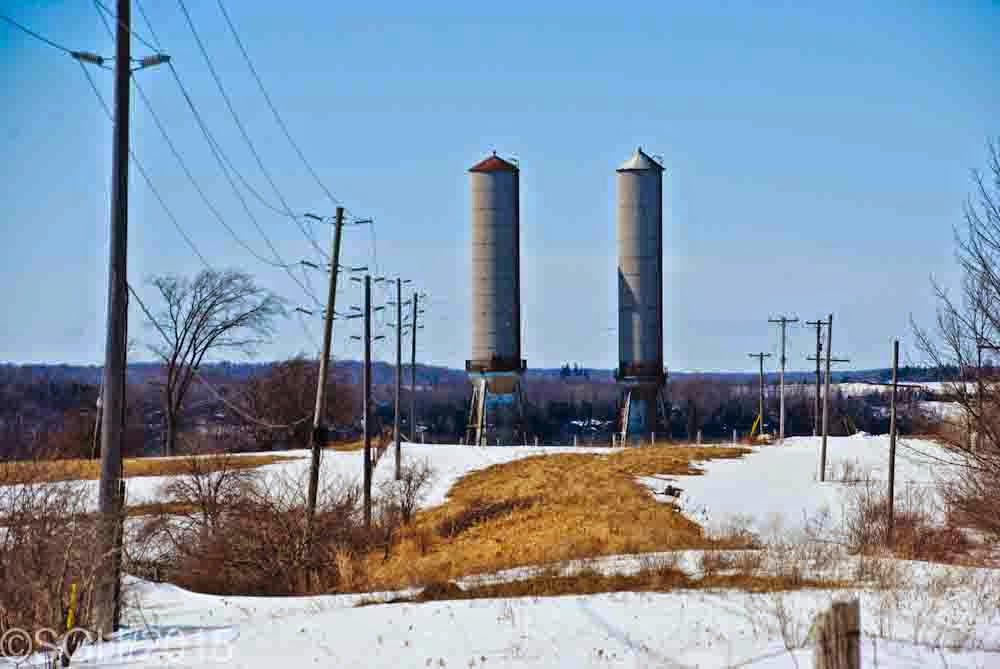 The key to it all is Lake Eugenia, created when the system was constructed, by two dams holding back the Beaver River above the Niagara Escarpment.  Water runs through two large pipes from the lake to the escarpment edge above the power plant.  In the process Eugenia Falls was reduced to a pale shadow of its original volume.  Today the pipes run underground straight toward those towers, but I remember when they were two large wooden pipes on the surface, with water spurting out at intervals from small leaks (and in the winter creating amazing piles of ice).  The towers themselves are local landmarks for many. 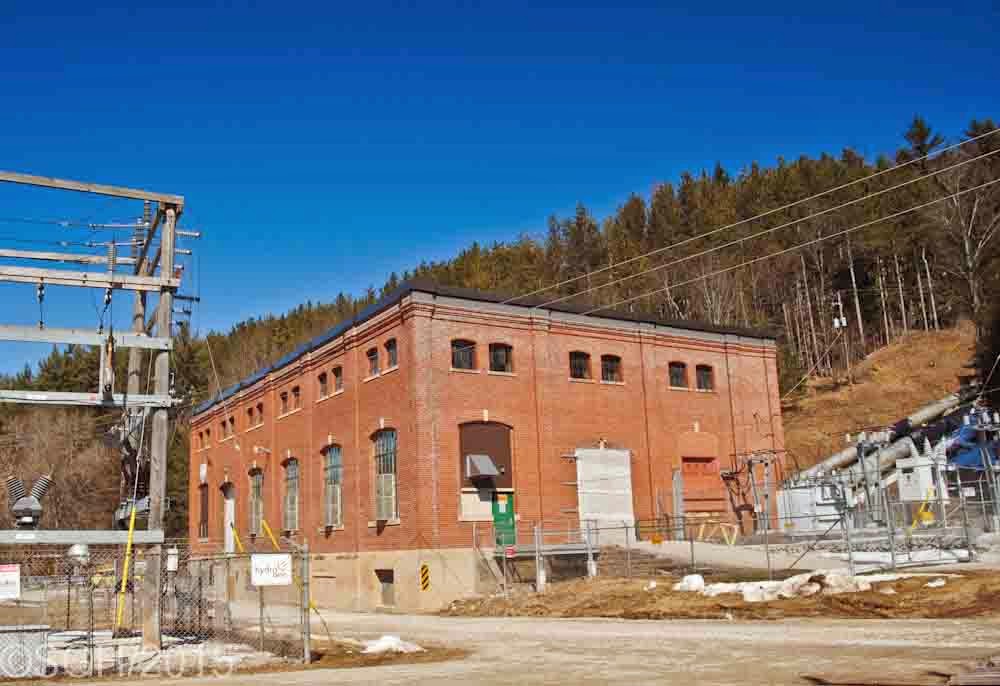 Down at the bottom of the hill sits the power plant itself.  I had an uncle who ran this power plant in the late 1940s, when there were eight houses nearby for the plant workers.  Today it is entirely computerized and run from a hydro office 100 miles away! 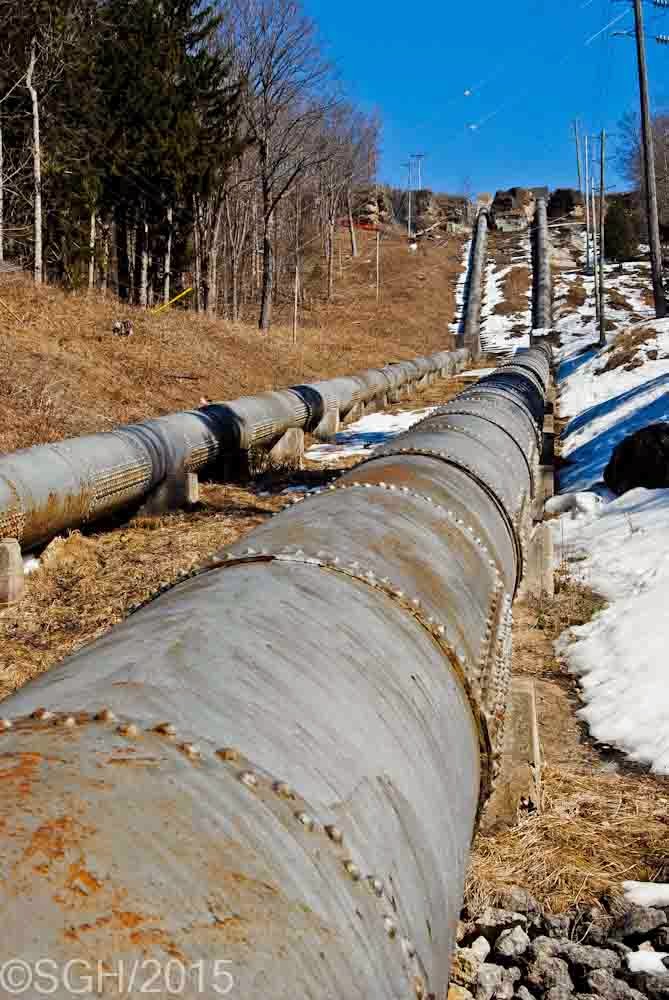 Behind the power station you can see the two huge pipes coming down the hill.  If you look back at the first photo you'll see there is a break in the slope part way down.  This is the Manitoulin Dolostone layer, seen here at the top of the picture.  Many of our local waterfalls are created by falling over this geological layer. 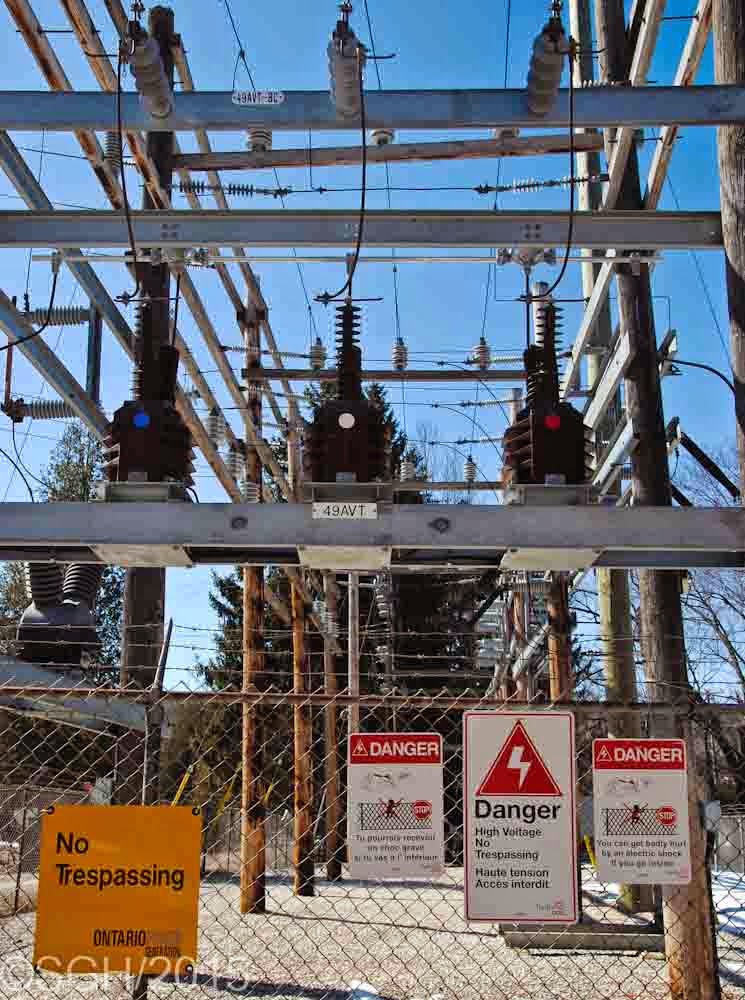 Given all the power lines and 'Danger' signs, I'm still amazed that the plant can be run automatically.  The 100th Anniversary of the plant will be celebrated next November, and I understand a book is coming out on the history of it this summer.  I'm looking forward to learning more details of the history.
Posted by The Furry Gnome at 7:57 PM