Apples in the Valley

Originally farms in the Beaver Valley were traditional mixed farms, and in the upper valley, raising beef cattle is still the main way of farming.  But in the lower valley close to Georgian Bay, apple orchards have spread in response to the unique soil and climate conditions of the area, making this the top apple production area in Ontario. 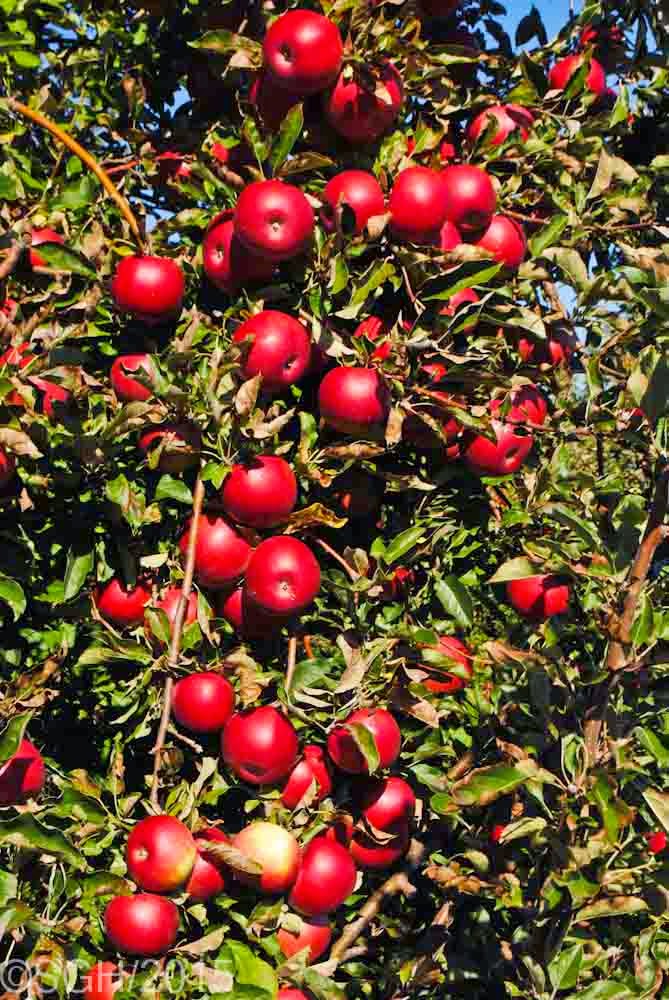 The main apple orchards are clustered around the area south of Thornbury, quite close to Georgian Bay.  The bay itself is a big reason why the orchards are here, and the soil conditions there are the other. 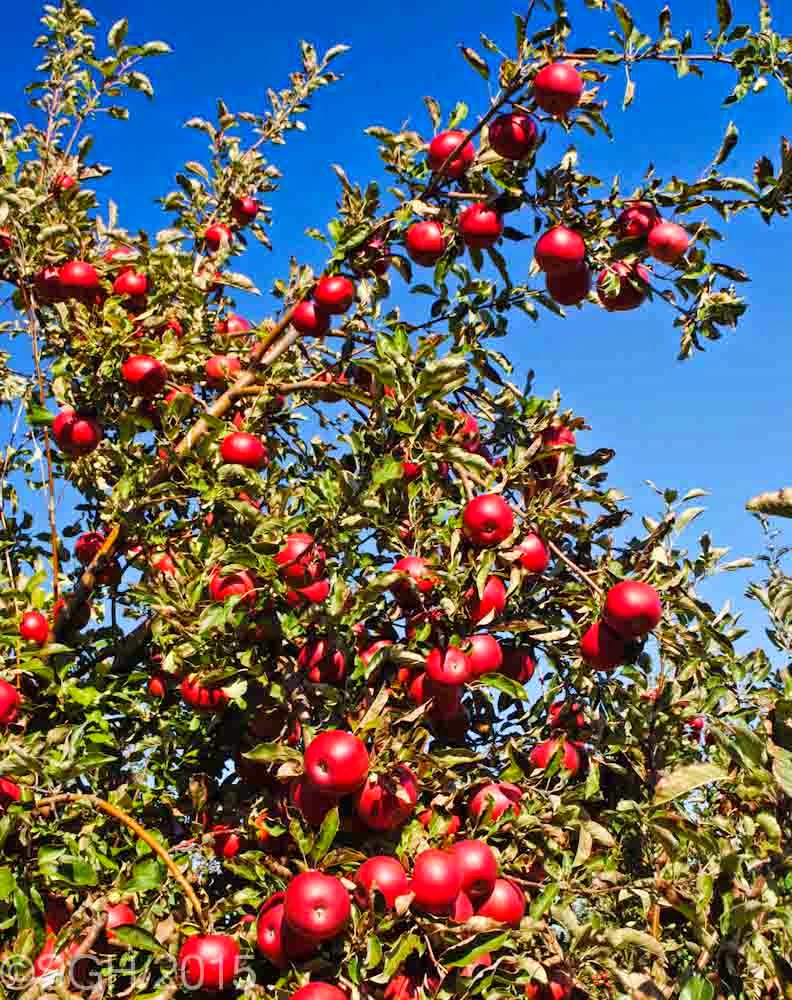 The large body of water in Georgian Bay (and other Great Lakes) changes temperature quite slowly, staying cool in the spring while the land warms up, and staying warmer in the fall when the land cools down.  This 'buffering' helps prevent apple trees blooming too early in the spring when there's still a risk of frost, and extends the growing season a little in the fall. 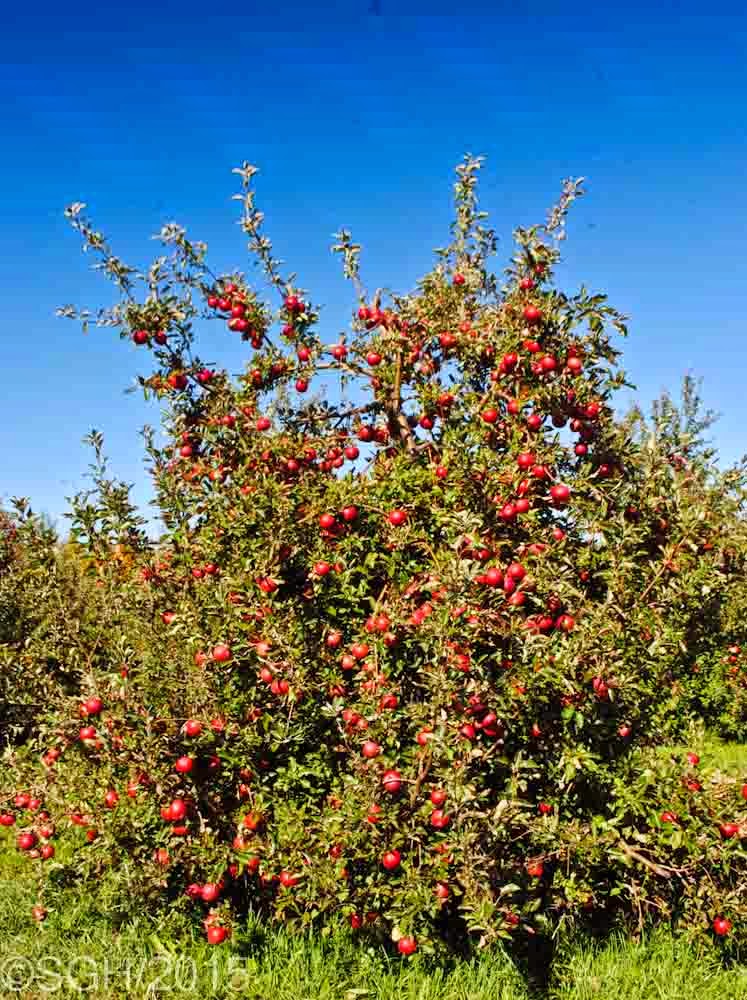 This is enhanced by the slopes of the Niagara Escarpment further south in the valley, as these slopes tend to hold the moderated air temperatures in place, creating a confined micro-climate that is good for the apples. 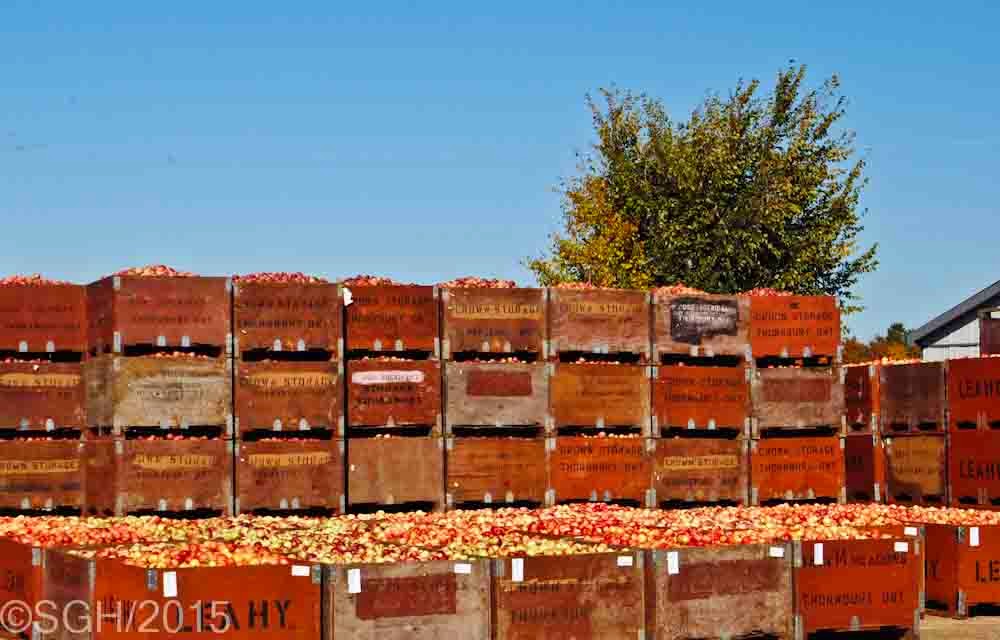 The other factor is soil, because apples trees don't like to have wet feet.  In a huge semi-circle south of Thornbury are ancient glacial beaches, from the post-Ice Age Lake Algonquin, when water levels were higher.  These well drained gravels provide ideal soil for apple trees. 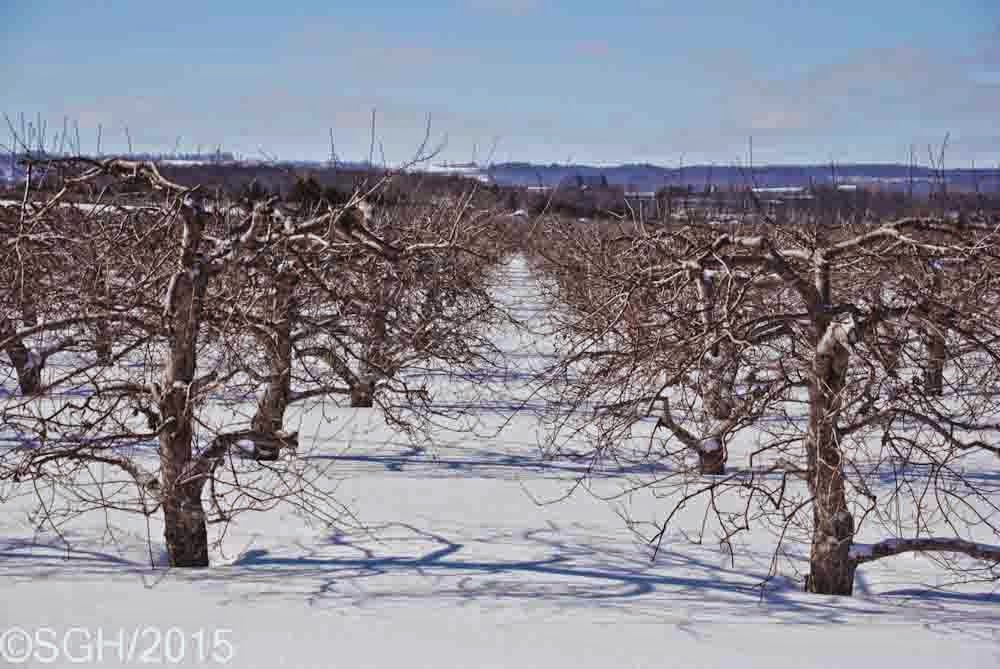 So it's the combination of soil and micro-climate that make this crop so important to the valley.  This is how the orchards look as of a few weeks ago!  Pruning is obviously a big part of managing the orchards. 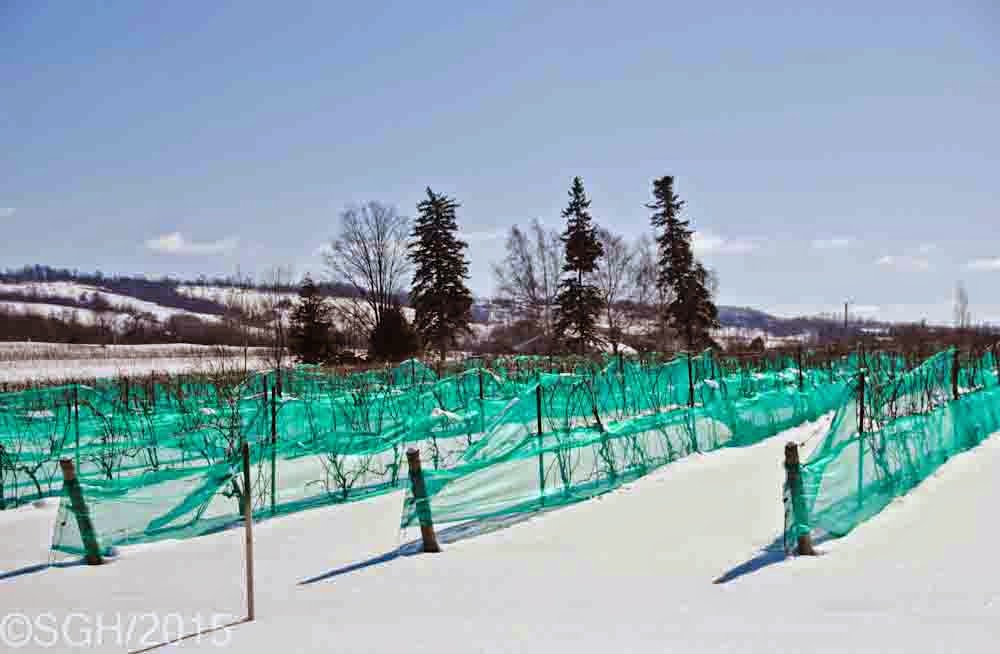 And though I can still hardly believe it, one major vineyard has been established, using cold-hardy grape varieties, taking advantage of the same micro-climatic patterns that favour apples.  Here they're covered with plastic mesh left over from protecting last fall's harvest.