We've had 'maple syrup temperatures' for the past ten days or so (above freezing during the day, and below freezing at night), and the snow is evaporating steadily.  The first really tangible sign is the opening of numerous little streams, creeks and drainage channels that have been frozen and white since early January.  Here are a few comparisons. 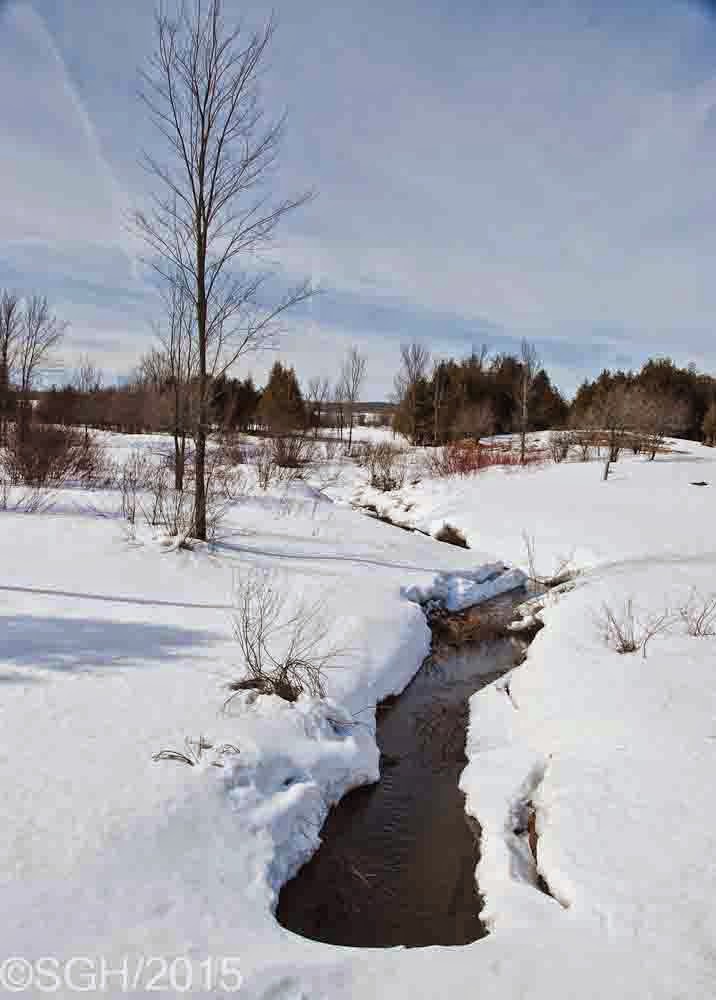 This is Wodehouse Creek on the 7th Sideroad yesterday; it will soon be flooded with the spring runoff backing up from the sinkholes to form an ephemeral lake.  You'll see more pictures from this spot soon.  As you can see, most of our landscape is still white, though snow is probably less than a foot deep now. 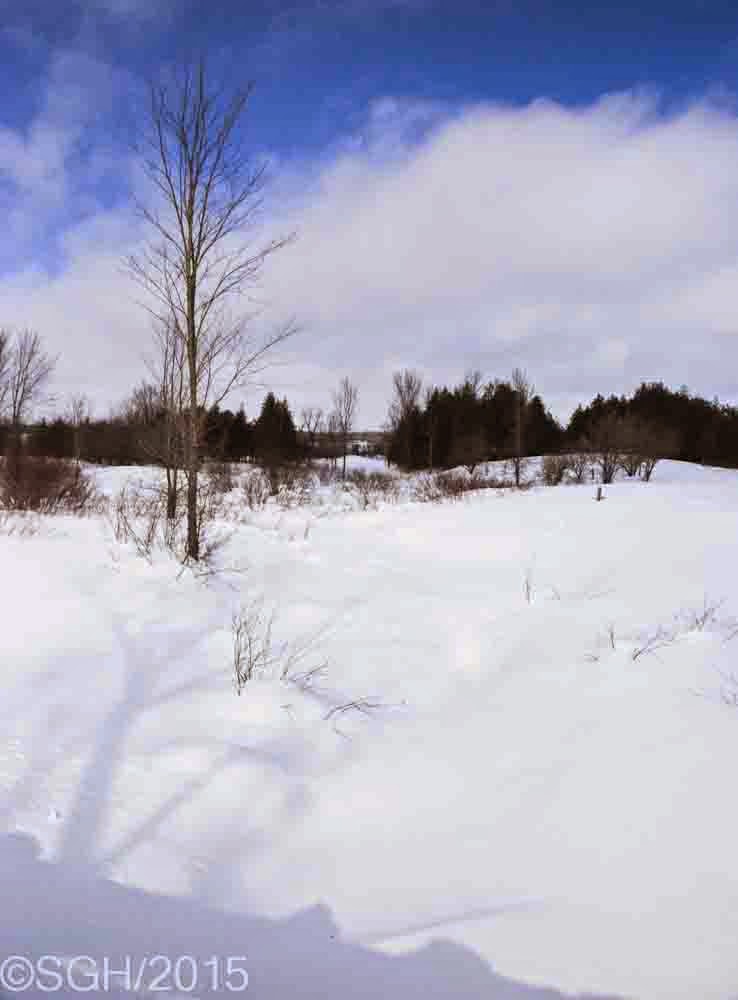 And this is the same view two weeks ago, when temperatures were still bitterly cold. 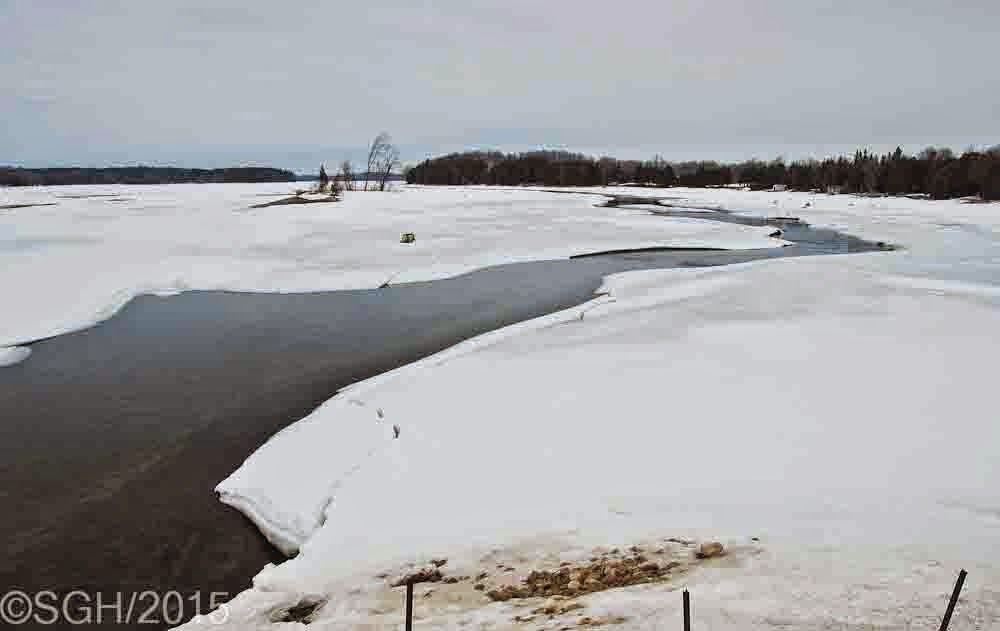 This is Lake Eugenia today.  The old channel of the Beaver River flowing through the lake is the first to appear, I guess because of the current along that channel.  I'm watching for the swans to arrive here on their migration north, probably sometime in the next two weeks. 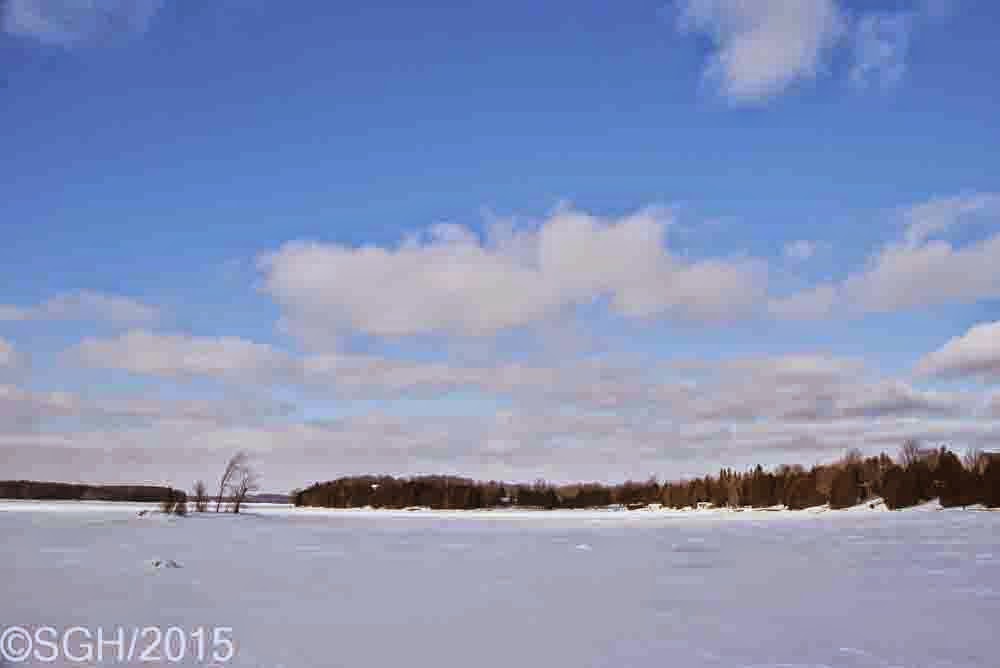 Two weeks ago it was just a sheet of white. 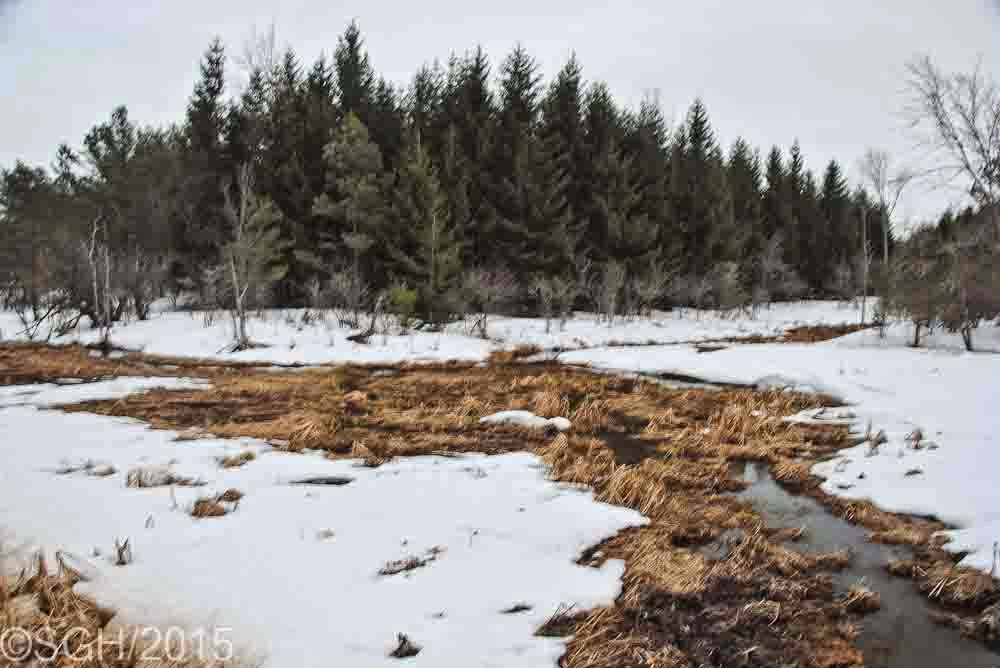 Just down the road from us is the spring of a small stream that flows down over the escarpment forming a double waterfall.  I expect this is both flowing water from the spring 100 yards behind me, and some upwelling water right here.  In any case it's opening rapidly in comparison to two weeks ago, below. 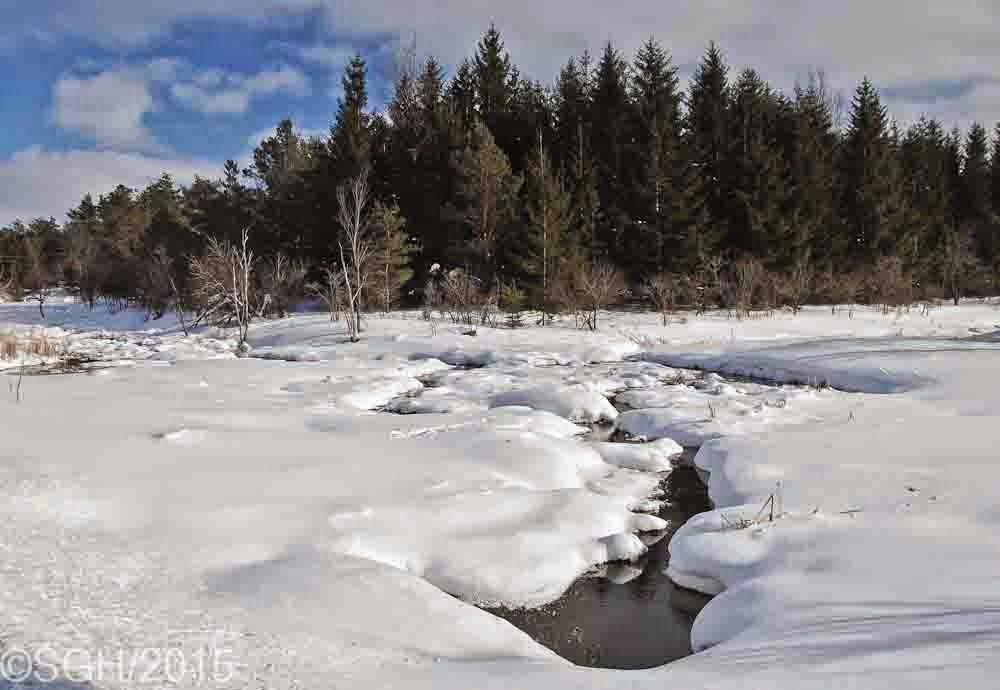 I like these kinds of comparisons showing the seasons as they progress.  One of my goals this year is to take more seasonal pictures of the same view, but at different times of the year.  So you'll probably see more comparisons like these.

The first spring migrants arrived today, some Starlings sitting on a roof in our neighbourhood.  I'm expecting several other bird species in the next week or two.  And thanks for those of you who contributed such thoughtful comments about my photography posts the last few days.  I've learned quite a bit from your comments.