I was in Meaford a few days ago and was surprised to find fishermen out on the ice by the harbour.  I've driven by here several times before, but this was the first time I've seen this. 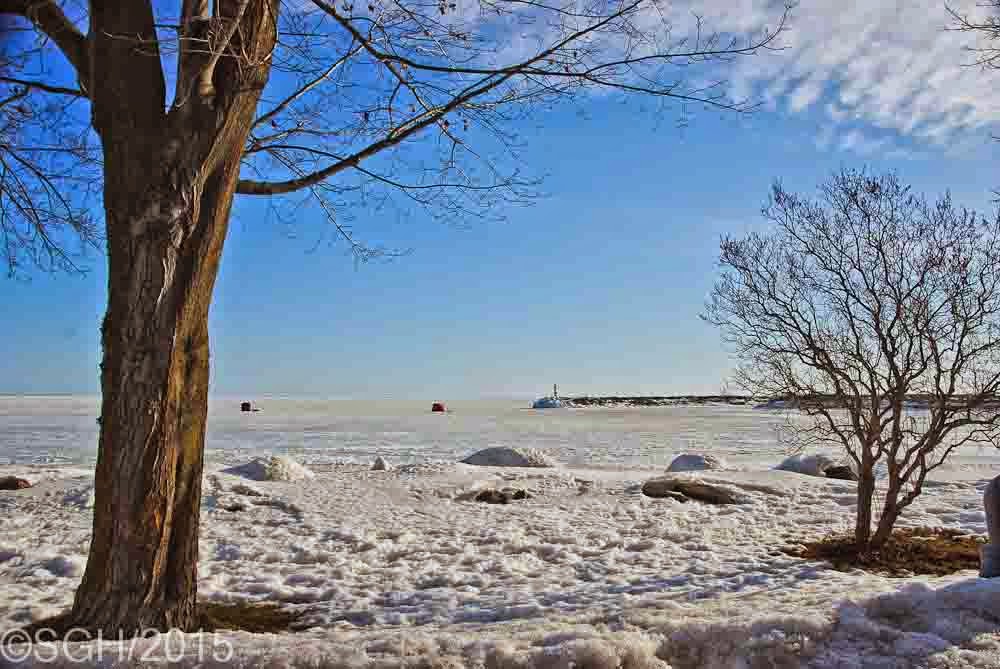 It being a sunny day I got out of the car to take a few pictures, wondering about the line-up of pick-up trucks along the side of the road.  When I climbed over the big snowbank I realized why!  Two portable ice fishing huts. 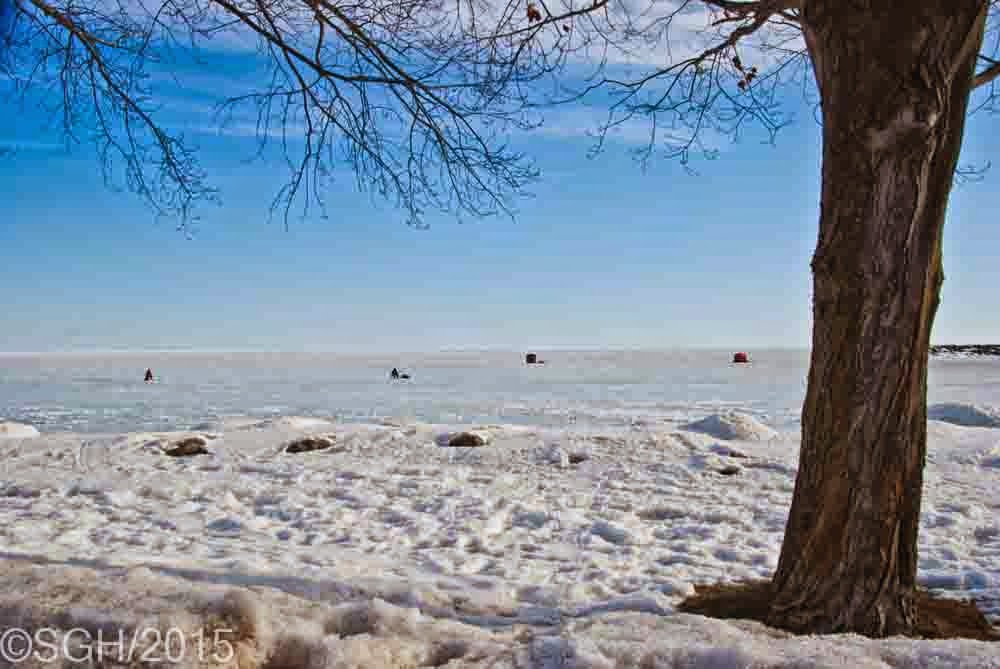 Looking around I saw there were four altogether, but two fishermen were simply sitting on chairs beside their fishing holes.  There was a brisk north wind blowing in off Georgian Bay, and it was well below zero, so I sure hope they were dressed warmly! 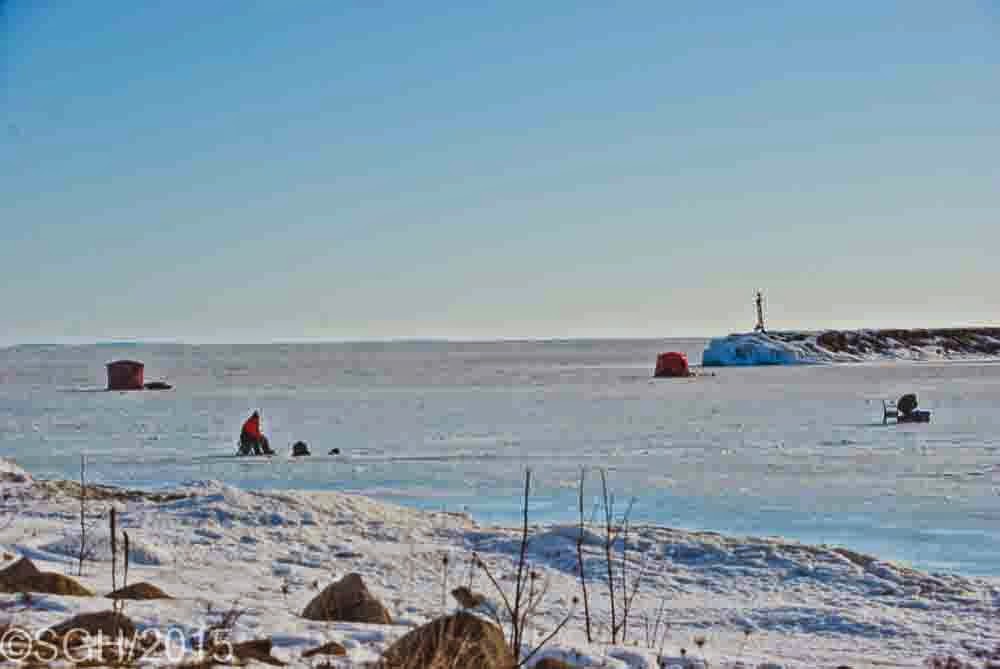 This is pretty common on Canadian lakes in the winter; on some lakes if the ice is thick enough you see pick-up trucks right out on the ice, and some ice huts can be pretty substantial.  The trick is to get them off the ice at the right moment in the spring! 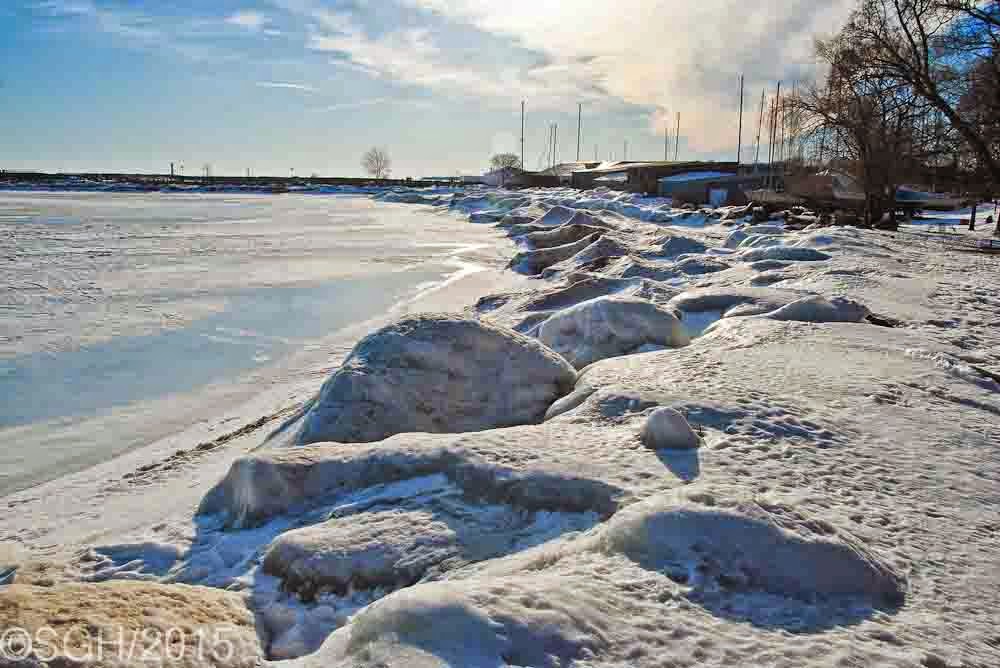 The delightfully lumpy ice had obviously been melting along the shoreline and refrozen.  It was treacherous to walk on, though there was no open water to fall into. 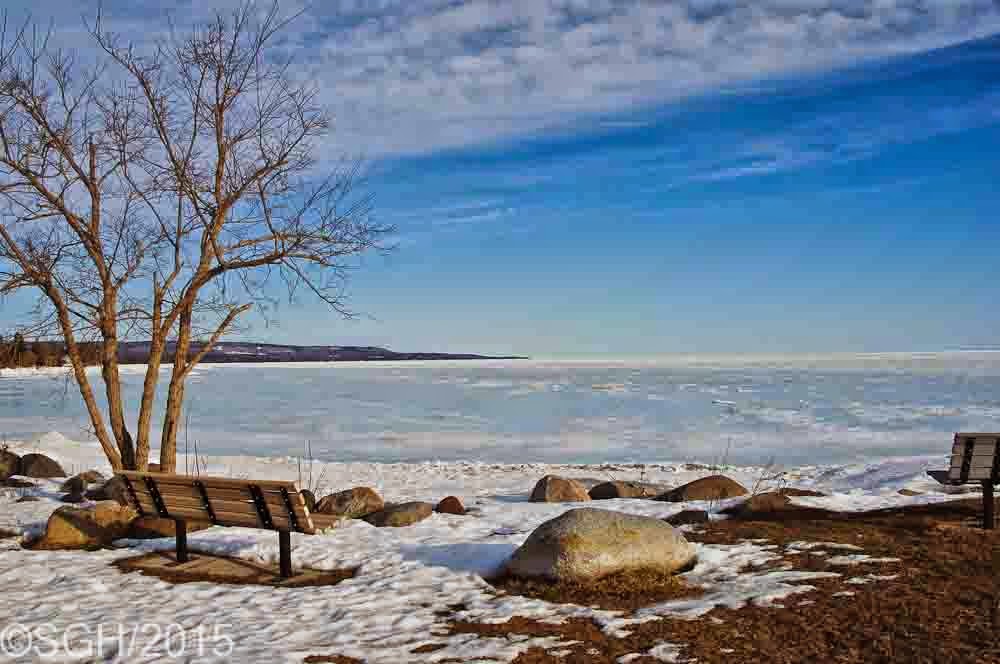 This is my usual view to the west, across the open bay toward what we all still call the 'Meaford Tank Range'.  Officially it's the 'Land Force Central Area Training Centre' for Canadian Army Reservists.  It would certainly have been frigid sitting on these benches, though the view was nice.  It's a great summer view if the waves are rolling in and the sun shining. 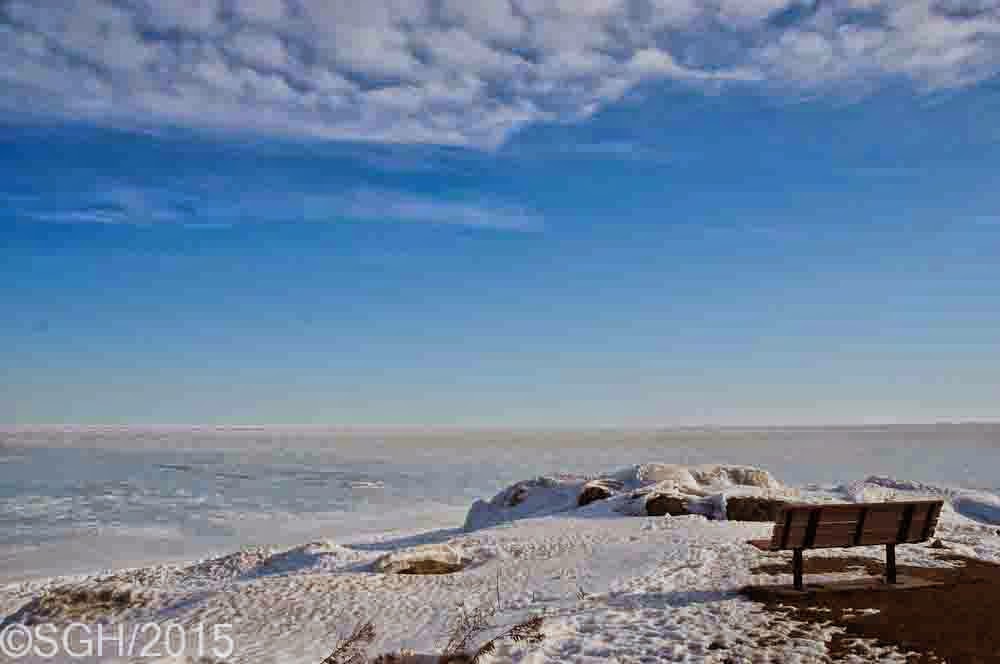 Next stop Christian Island, 40 km. away!    With apologies to the fishermen, but ice fishing is the last way I'd want to spend my winter hours, both cold and bored.  But I admire their stamina and dedication! 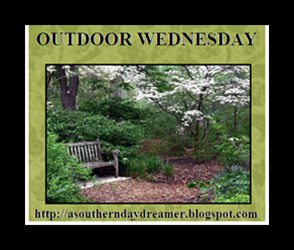