I was in Owen Sound the other day and after my cardiac rehab appointment, continued my quest for frozen waterfalls.  Weaver Falls is a small falls on a tiny creek that joins the Sydenham River flowing through Harrison Park, an old and popular park south of the downtown.  I've been visiting this park since shortly after I was born, as my grandparents lived in Owen Sound and an outing to the park was one of their favourites. 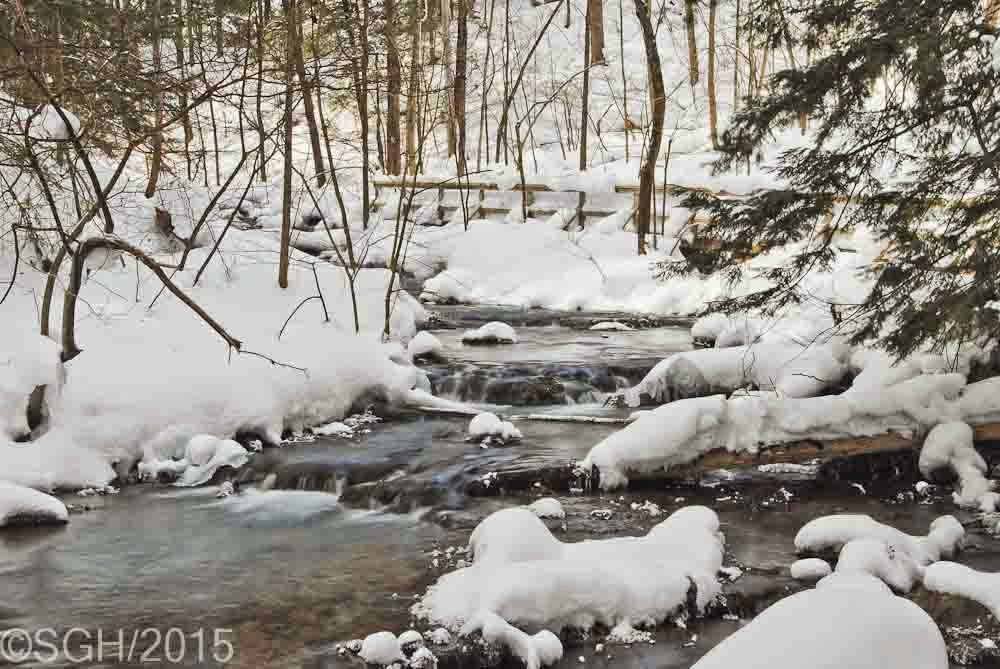 However, in all the years of going there, my parents never took me up the short trail up to Weaver Falls until last year I visited it myself.  It's only a short distance, but perhaps less well-known than all the other big waterfalls in the area. 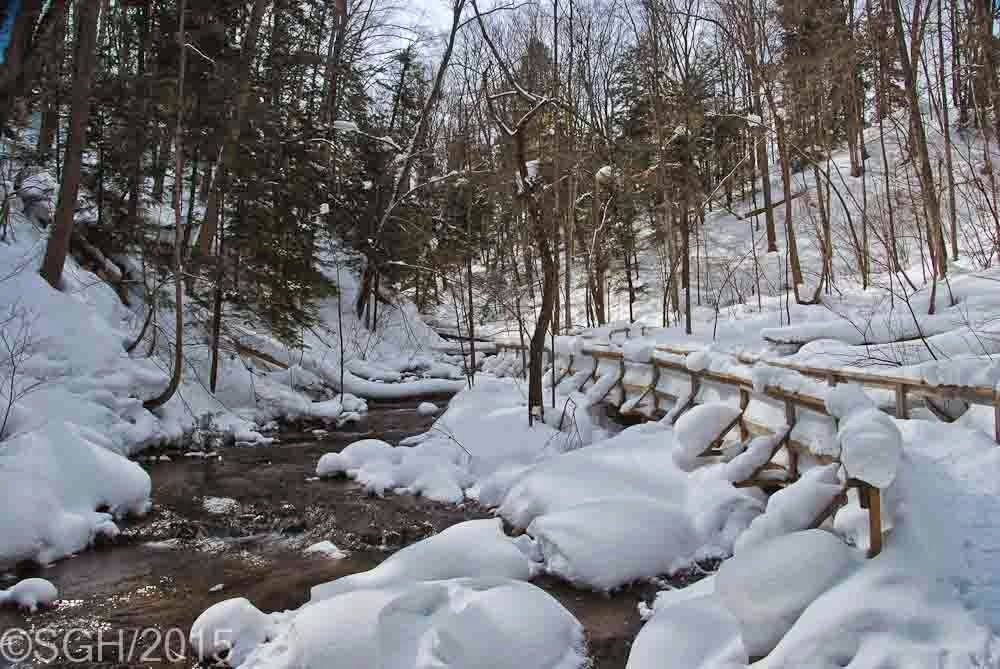 A good deal of it is on an elevated boardwalk, making for easy walking and some interesting views in the narrow ravine. 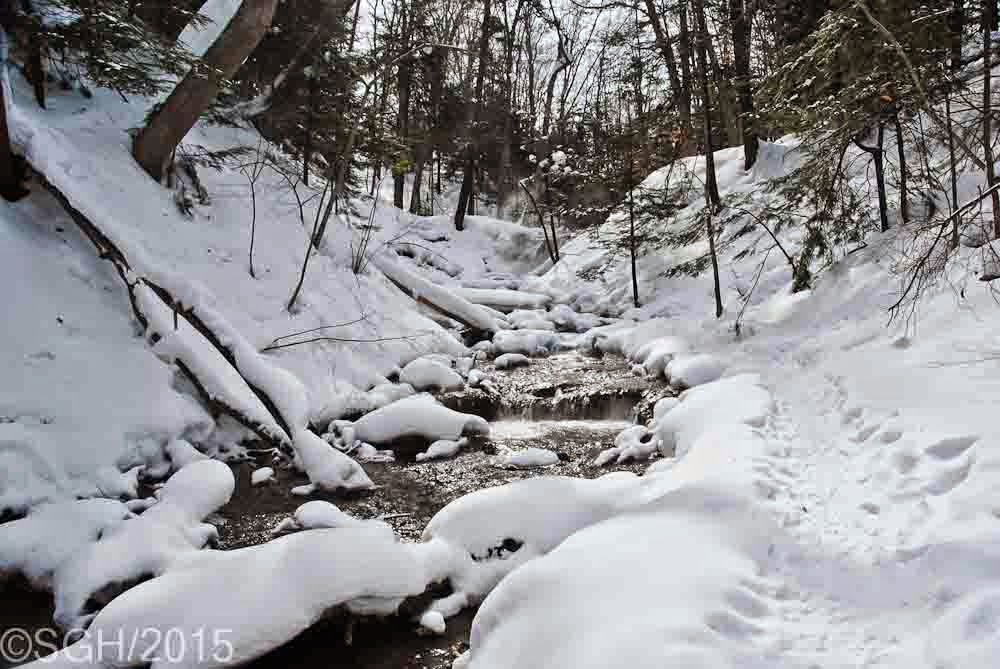 You go round about the third curve, and there is the waterfall in the distance.  Unfortunately the last 100 yards is private land (and a very narrow, steep-sided valley), so the trail ends before you get to the falls, and the view is on a sharp angle. 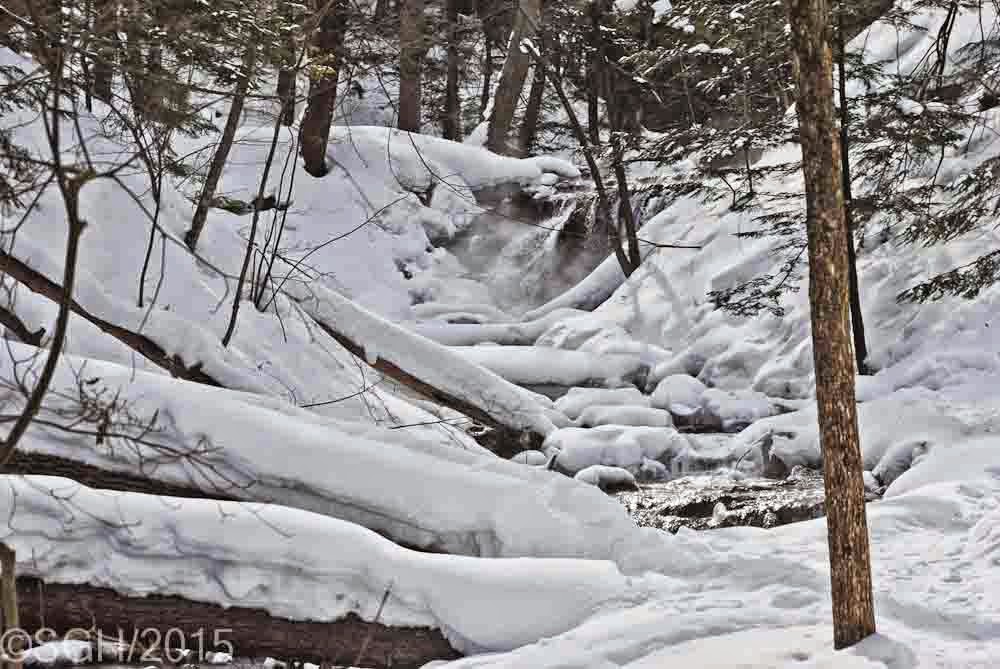 On this trip I actually took my tripod, and this was only the 2nd of five falls with open flowing water.  In fact there didn't seem to be much ice at all, just lots of snow. 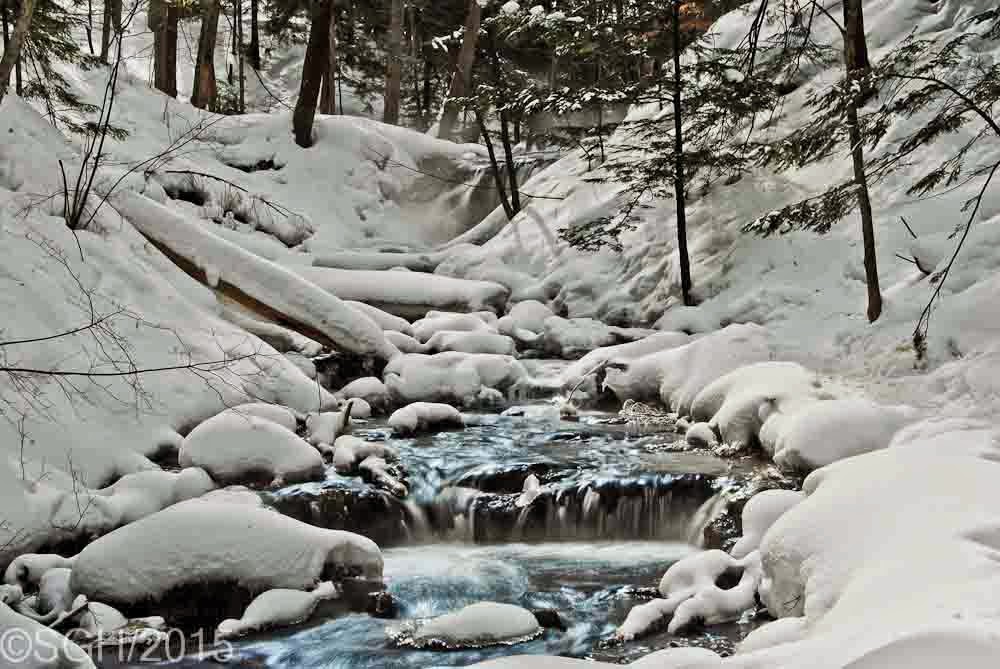 I played around with settings and a neutral-density filter quite a lot, trying to get a 'slower' picture of the falls, while my fingertips became completely frozen (it was about -20°C).  I couldn't even feel the camera buttons; I had to look at my fingers pressing them to know what I was doing! 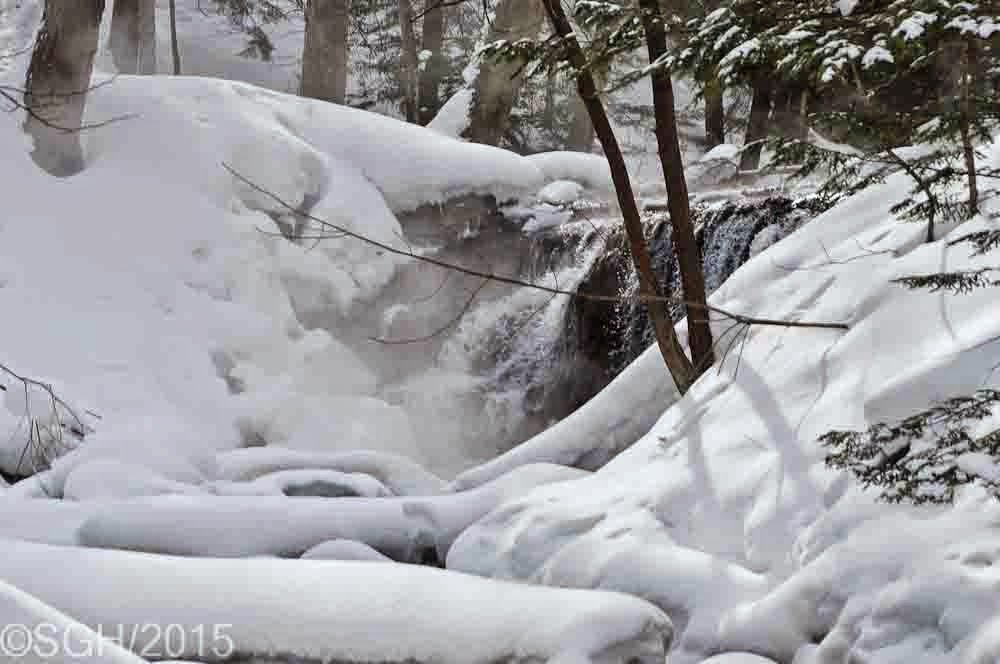 To be honest, I'm disappointed in the results, though experimenting is how you learn.  There seemed to actually be some mist rising off the water, which suggests that it's warm enough not to freeze.  I believe that it emerges in a spring not far above the falls, but I need to check that out next summer. 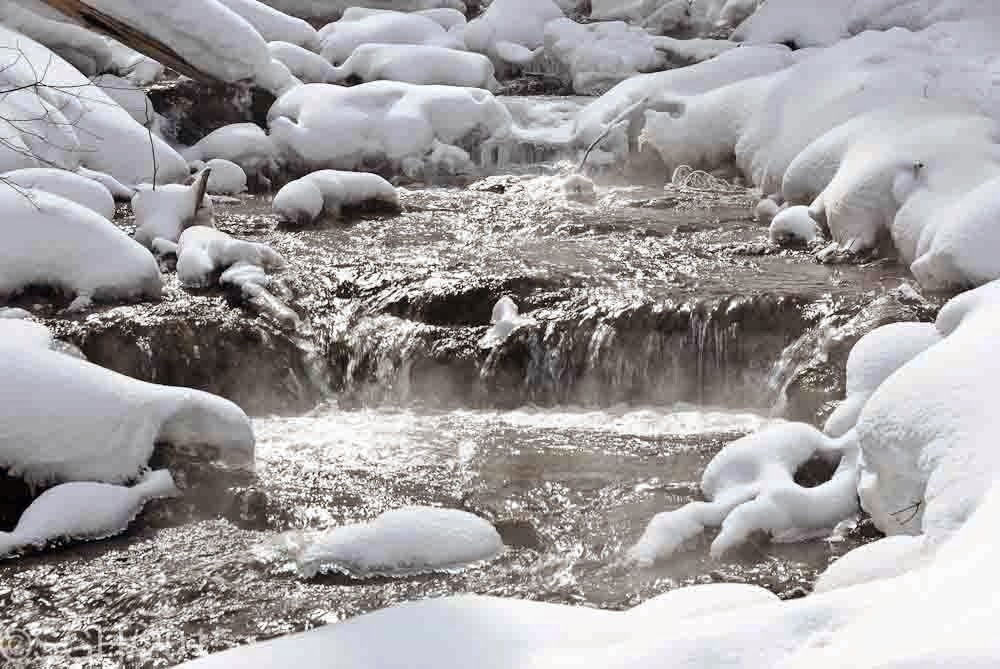 At least it was a bright sunny day, and my fingers came back to life after 10 minutes in the warm car!  Two more much larger frozen waterfalls still to come!