In Durham the other day I was reminded of the importance of saw and grist mills in determining the settlement pattern of southern Ontario.  Almost all the towns and villages I can think of had their start with the establishment of a water-powered mill of some sort.  Thirty years later the railways came along, and became another dominant feature of the landscape, though in this region they're mostly gone now. 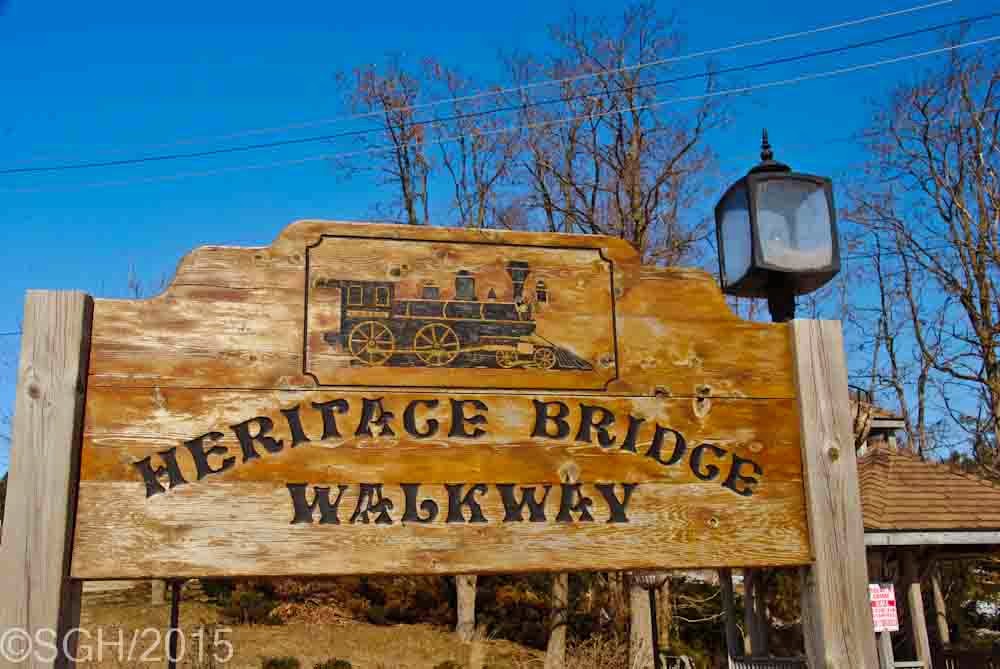 In Durham, as soon as we got out of the car we came across this old railway bridge.  I read about the 19th Century railroad building epoch years ago, but haven't paid much attention recently - since they aren't here anymore anyway.  This particular line was the Toronto, Grey and Bruce Railway. In a number of towns the old bridges have been saved, and remade into pedestrian walkways.  This one provided a nice view over the river, and it's lit up at night. 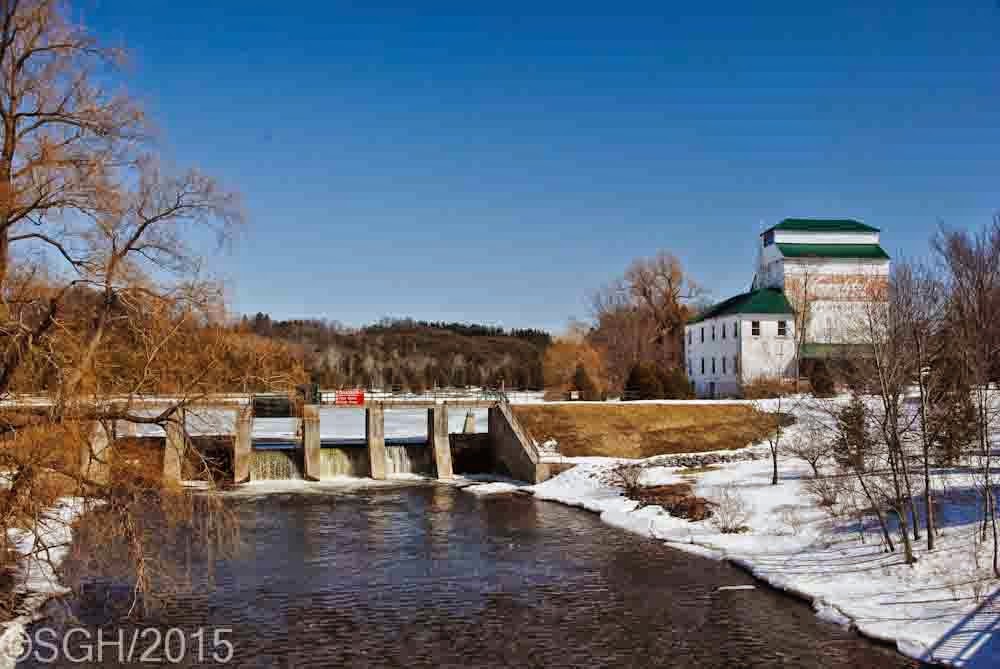 Beyond is the old Knechtel Flour Mill, and the rebuilt dam that forms the mill pond.  Like the railways, many of these old mills have closed, though the buildings often still stand.  But they're actually a key part of the heritage of these small towns. 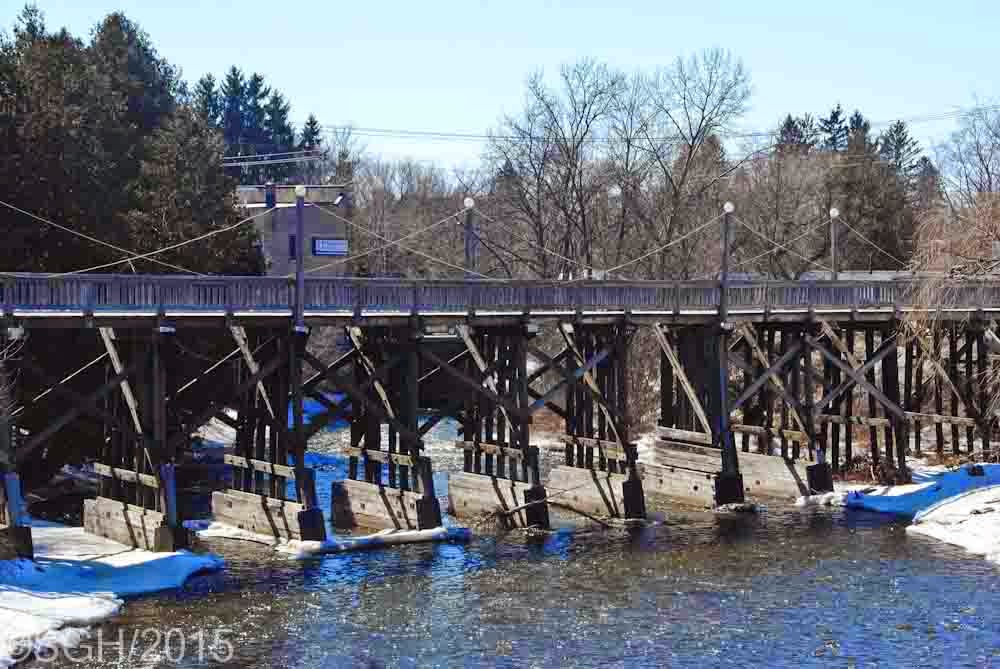 I'm sure this has been repaired, but it's interesting to think of them building this back in the 1870s without power tools and machinery.  An enormous amount of labour went into building the railroads all across North America. 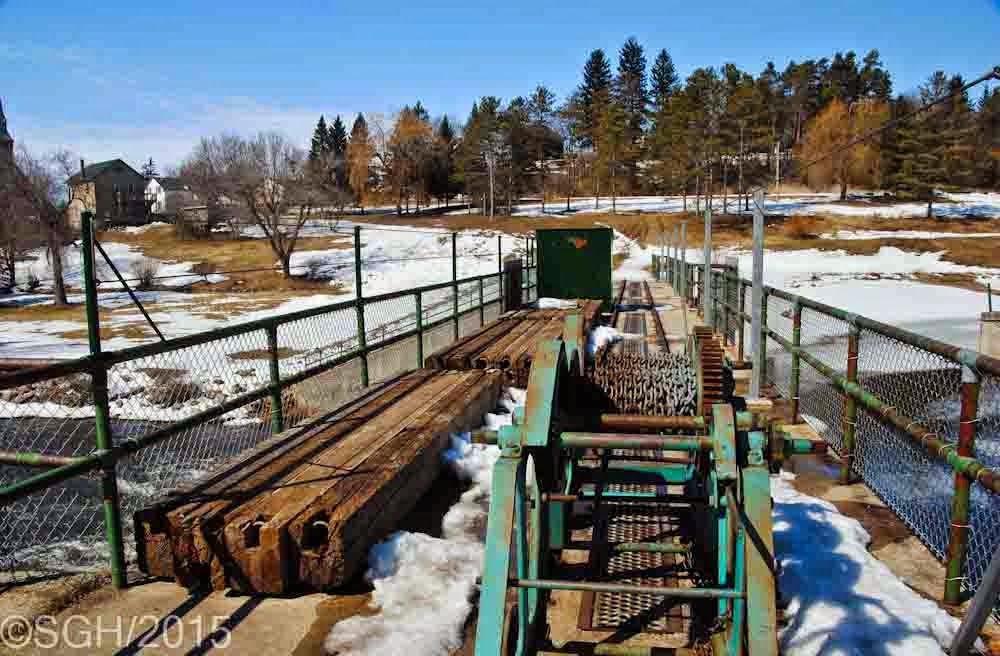 I found the dam itself interesting too.  The green gantry in the foreground can roll back and forth across the dam, removing or adding stop logs like those on the left, to control water level in the mill pond.

On this sunny day the snow was disappearing fast, but we've had a cold snap now for two days, and it feels like we're back in February!