You may remember that I'm following a tree for a year, posting monthly updates through the seasons.  My tree is this Butternut tree in our fencerow beyond the shed which I see every morning from my chair where I read blogs while enjoying my morning coffee (and take sunrise pictures through the window). 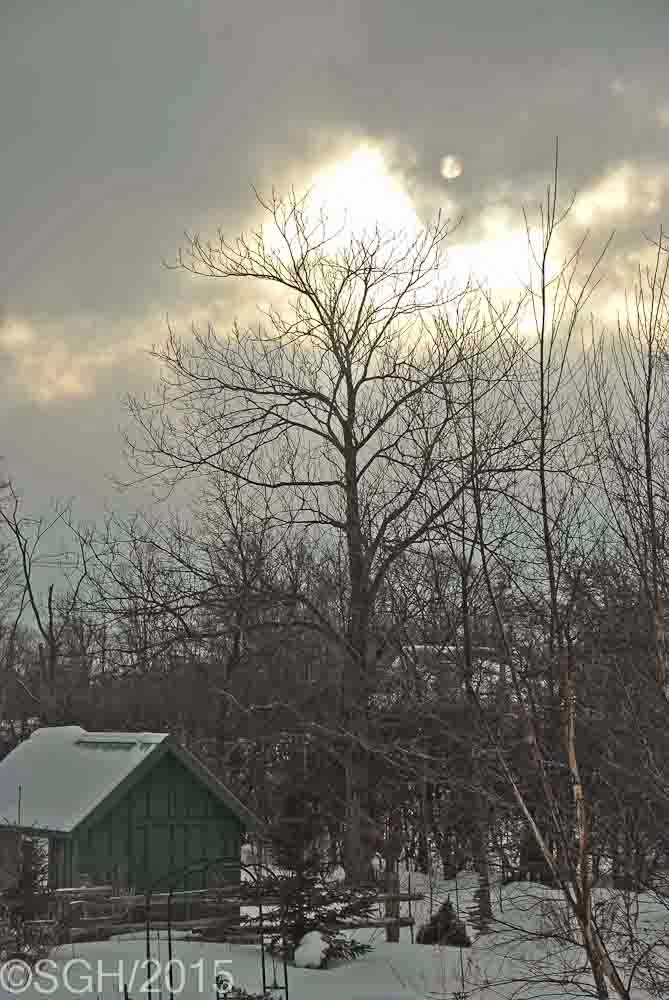 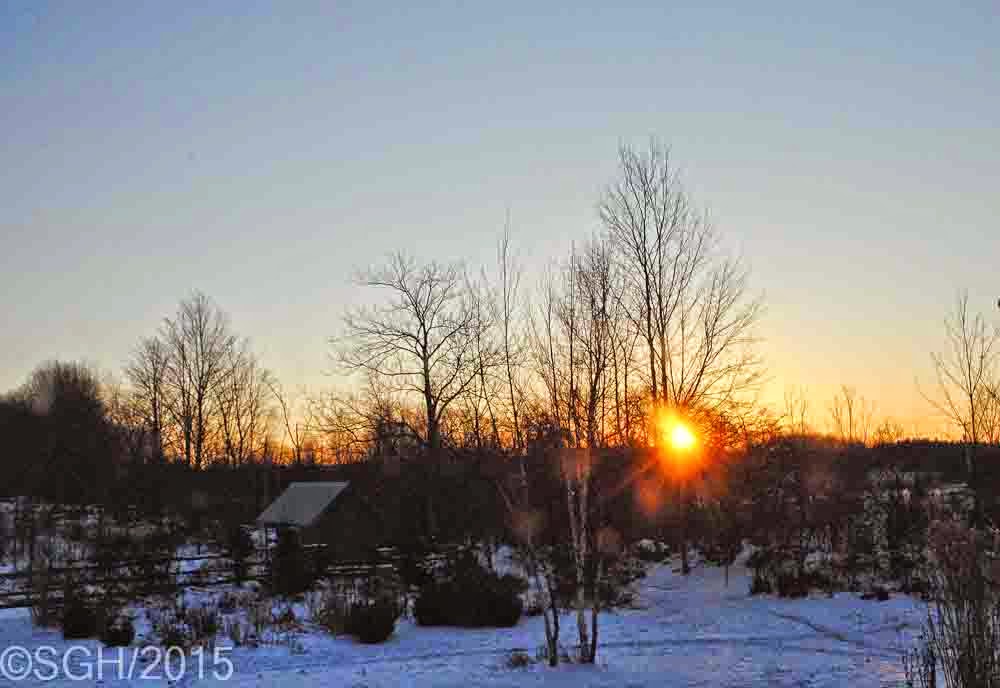 This was totally unplanned, but the last few weeks I've noticed how the Butternut, which you can recognize by its silhouette, is serving as a marker for the northward movement of the sun - specifically the point on the horizon where the sun rises.  So I went back to December, and found this picture, the closest I have to the winter solstice. 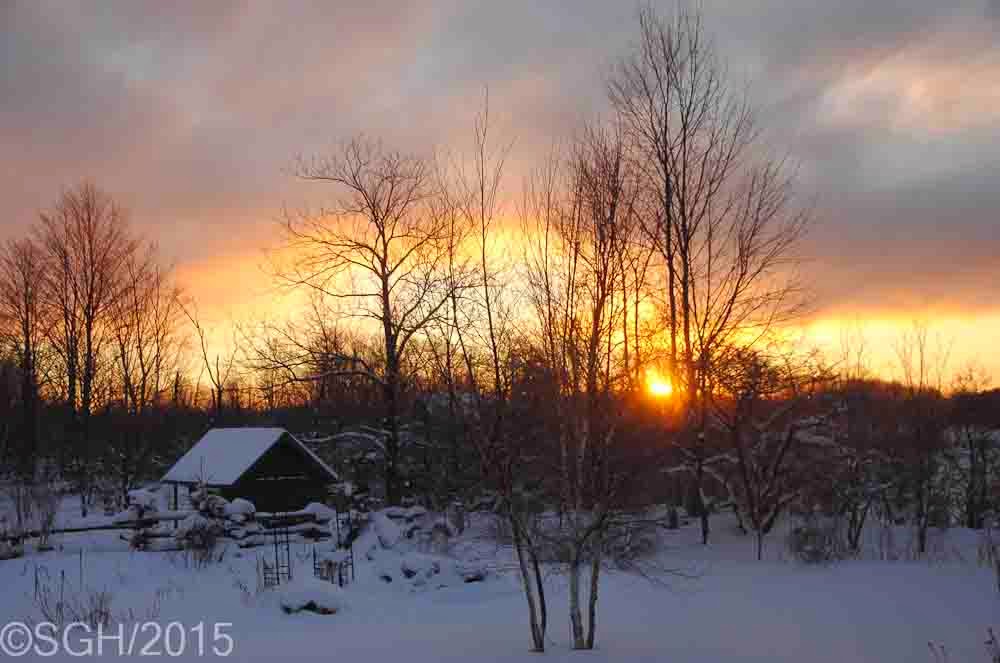 By mid-January you can see that the point at which the sun rises has only moved a little to the left of those trees.  I'm looking southeast for all these pictures, taken from the same window, so the leftward movement of the sun is actually a move to rise further north. 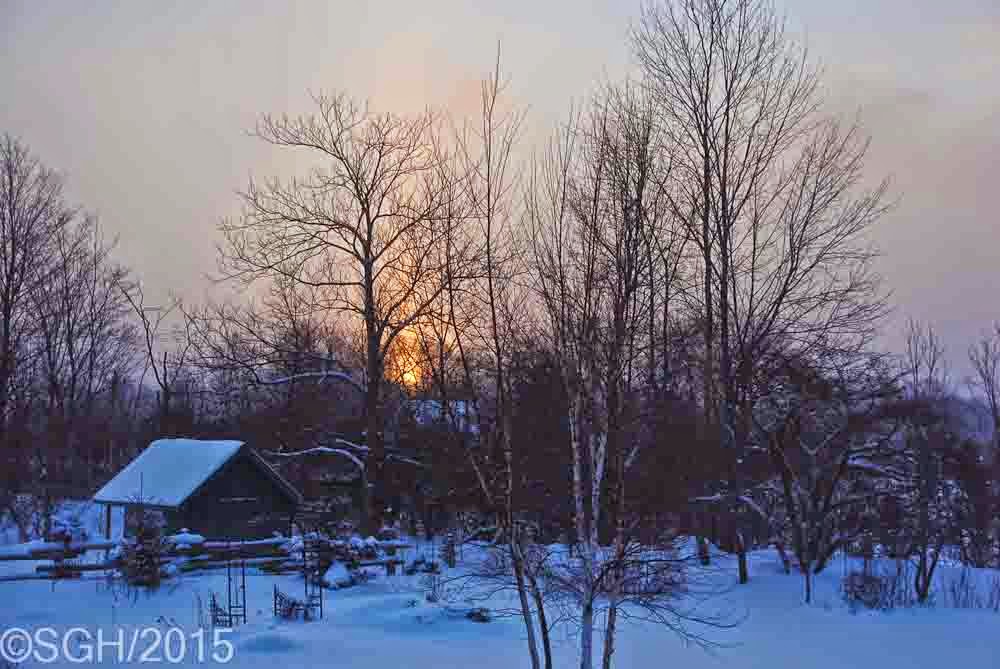 This was the morning that struck me as an emerging pattern.  Suddenly, by mid-February, the sun had jumped a long distance, to rise just beside the Butternut tree.  And I know from past reading that the speed at which the length of daylight changes varies over the year, with the changes slowest hear the solstice and fastest as we approach the equinox. 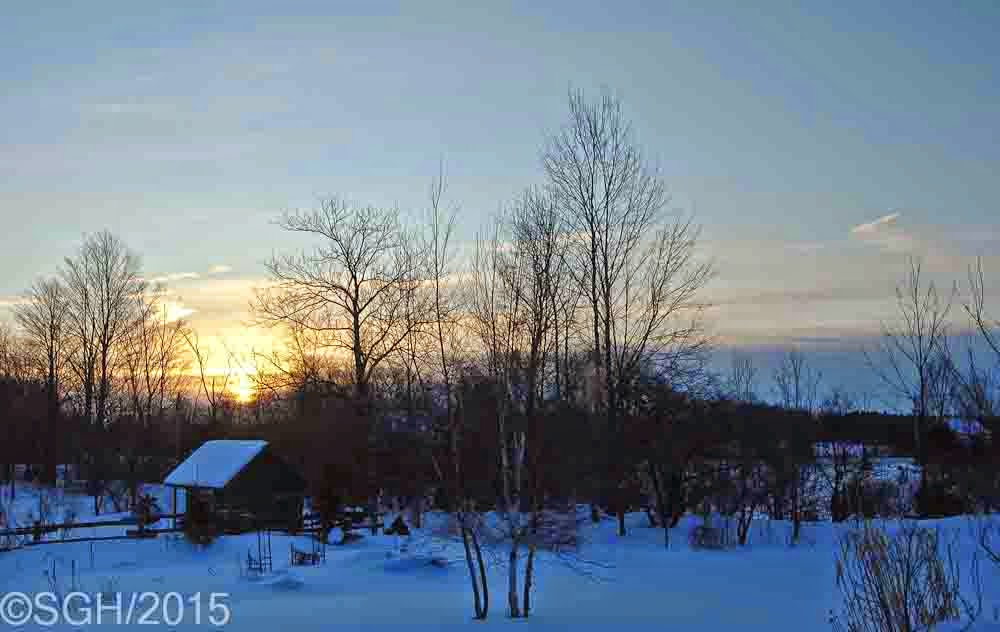 Only two weeks later, the sunrise had moved well beyond the Butternut (and we've started to have a lot more sunny days).  The point at which the sun rises is moving faster and faster to the north. 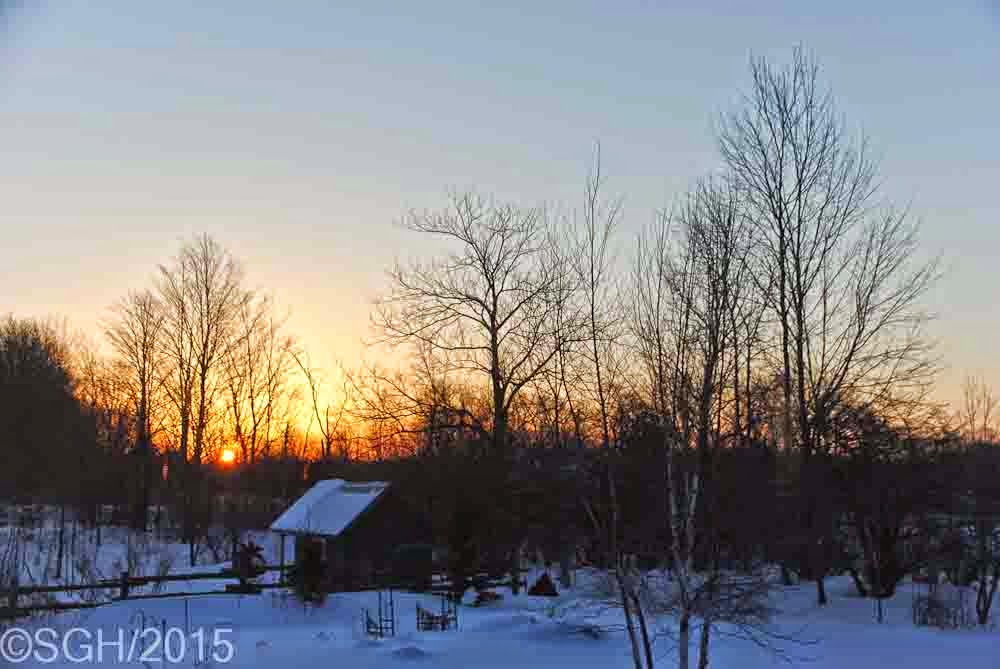 And only ten days later, yesterday, the sun had moved considerably further again.  It's now reaching the point where the angle is so sharp I won't be able to take pictures of the sunrise from that window much longer!

So my Butternut Tree has inadvertently turned out to be a very interesting marker of the seasons, giving me a reference point for the rising sun. 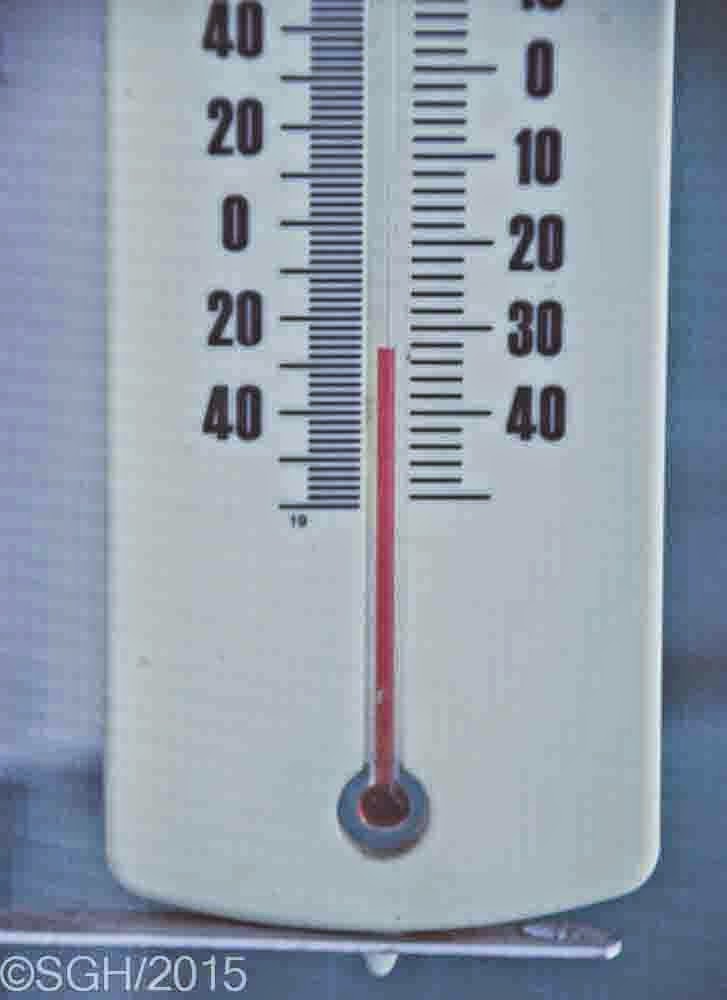 I haven't actually put on the snowshoes and tramped out to see the tree, and I find myself wondering how it survives the bitterly cold nights we've had - this is the lowest temperature it had to endure this winter.  But it does survive, and Butternuts grow even a little further north in Ontario than here near the south shore of Georgian Bay.  Maybe by next month I won't need the snowshoes to go and visit my Butternut!