Eugenia Falls, the third waterfalls I visited this week, is particularly interesting because it has so much history associated with it.  All the waterfalls around here had mills of one sort or another built at them, but Eugenia Falls had a gold rush!  And it is still linked to an operating hydroelectric plant. 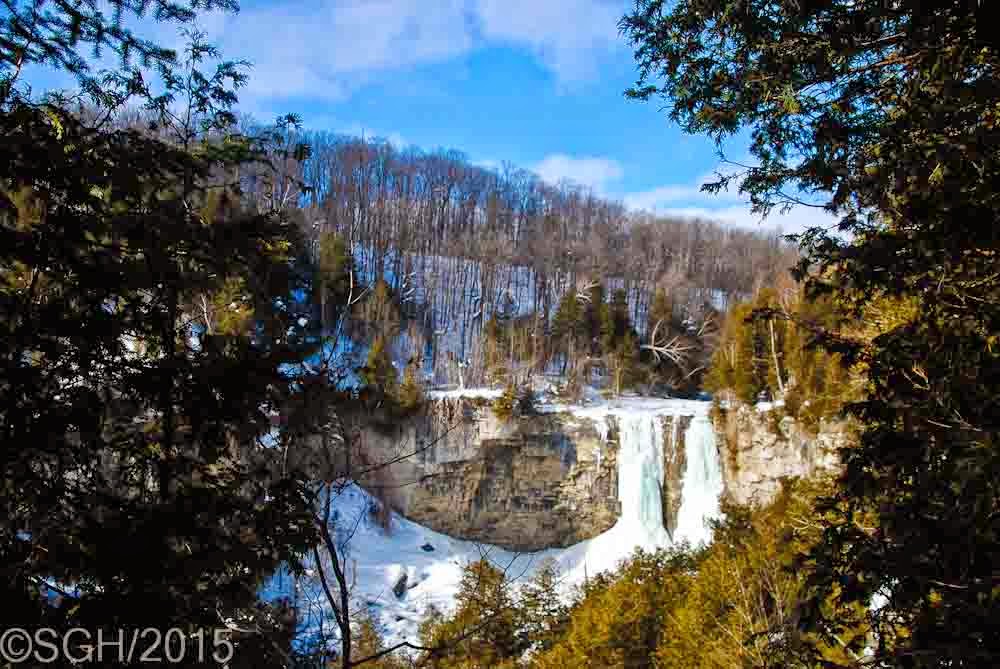 This is the typical picture of Eugenia Falls, usually a double stream of water (right now it's ice), falling over nearly 100 feet of the limestone cliff leading down into the Beaver Valley.  This is the closest you can get to have a full view of the falls (unless you're a drone).. 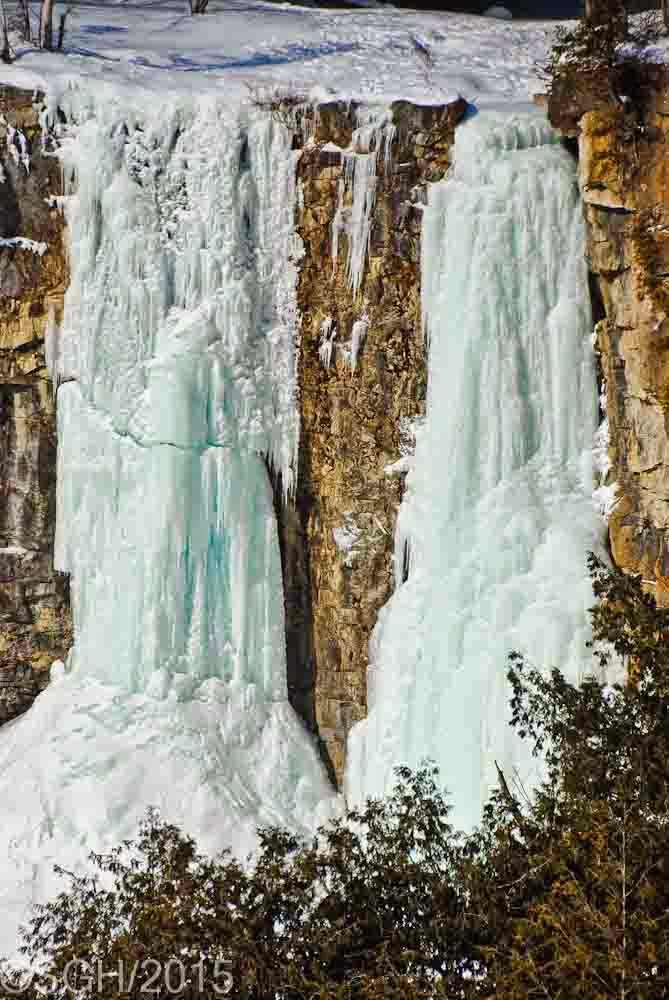 But a telephoto view reveals the frozen double cascade with it's slightly bluish colour.  Above Eugenia Falls is a small hydro dam creating Lake Eugenia, from which water is piped to a small hydro plant further north down the valley.  At this time of year most if not all of the water is siphoned off for the hydro plant; I could neither see nor hear any trace of flowing water here at the actual falls. 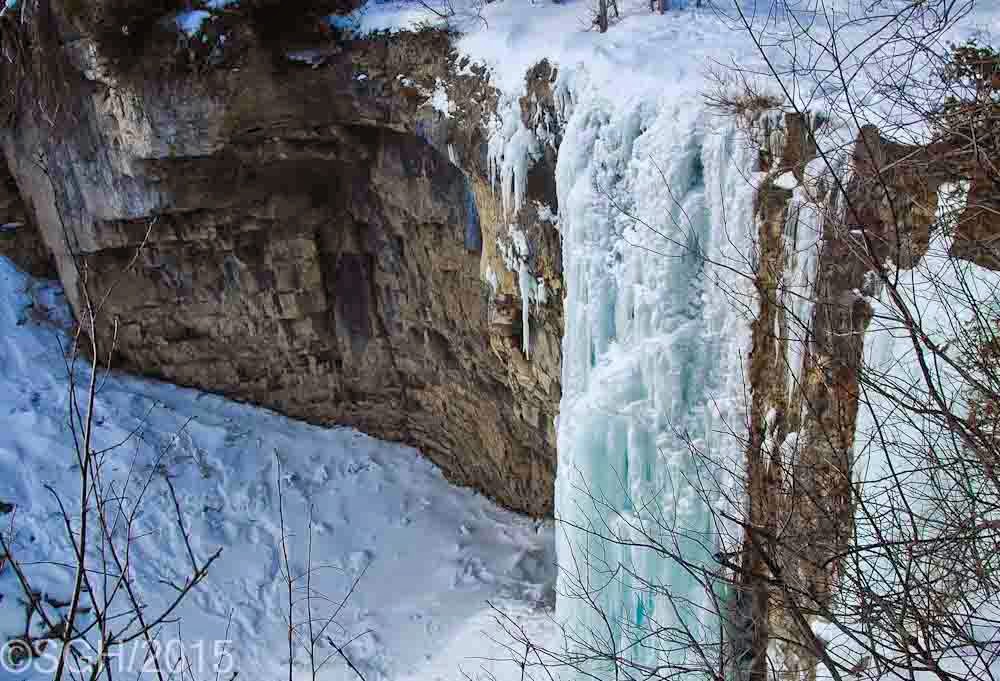 But you can get much closer to the falls, though the view is on a sharp angle, and you can't really see the second column of ice which is right down the cliff underneath you. 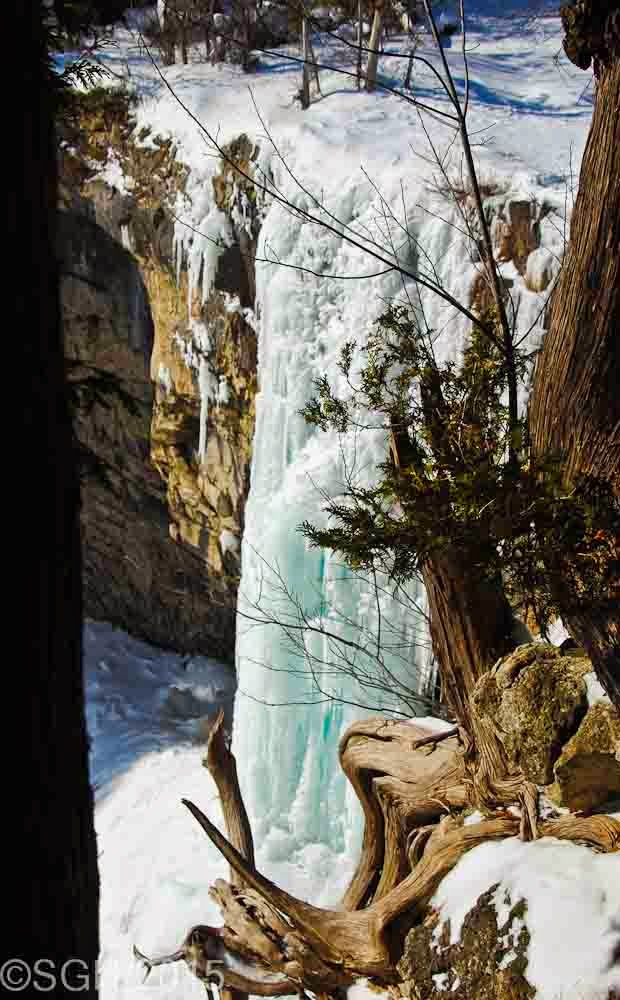 I liked this view even though it's partly obscured, because of the curled old cedar branches, and the increasingly blue colour of the ice. 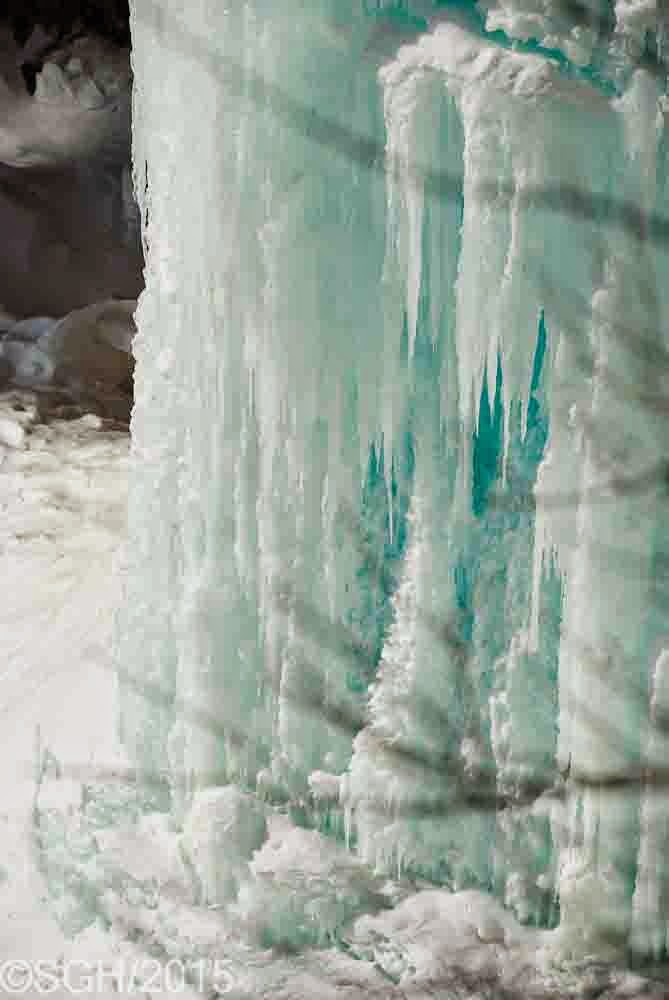 Close-up, although taken through a screen of bare branches, the ice is amazing. 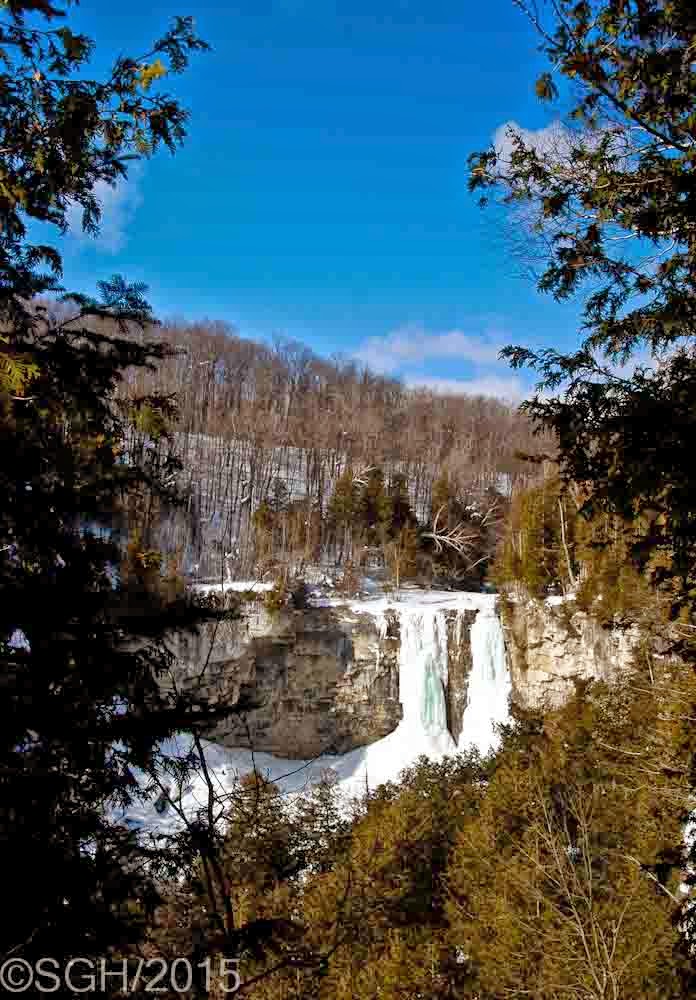 The gold rush at Eugenia Falls exploded in 1852, attracting many from some distance away - but it was very short-lived, as after 3 weeks they realized it was just pyrite or fool's gold, and all the fortune-seekers dispersed.

I've spent months trying to replace my dead computer, and making sure I had copies of all my pictures to transfer.  I've finally done it; this is my first post from the new computer and workstation.