Just down the road from Indian Falls we drove past the Owen Sound Harbour, and found that two large Great Lakes freighters were here, tied up for the winter, now that Georgian Bay (and most of the Great Lakes), has totally frozen over. 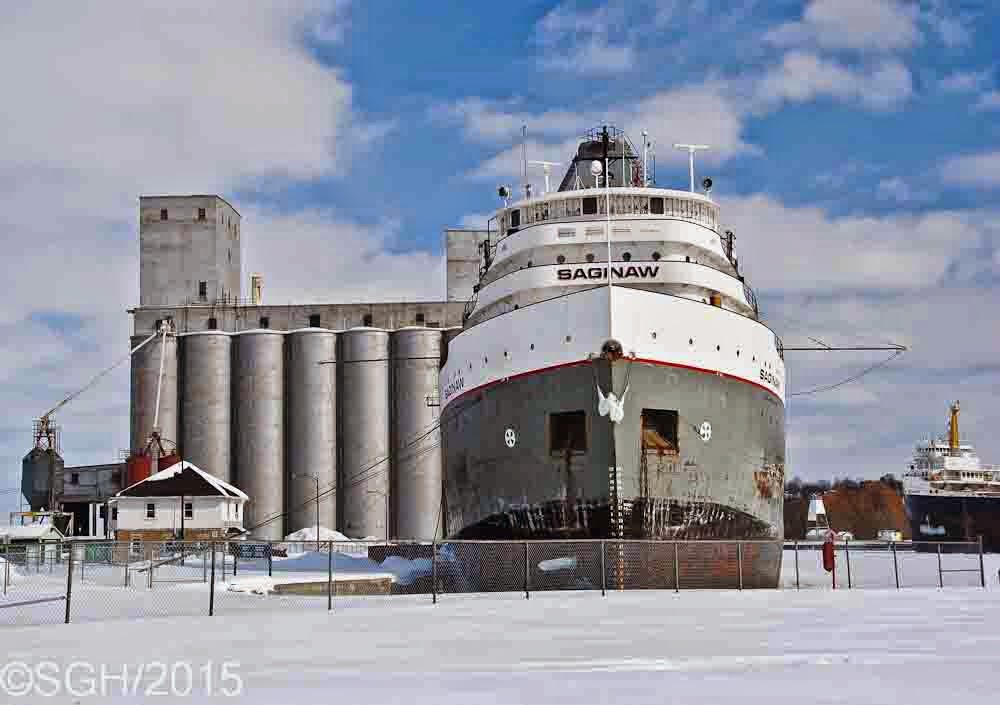 The Saginaw is a self-unloading bulk carrier, whose home port is Lake Dover on Lake Erie.  She started life as the John J. Boland.  She's been refitted more than once, and now can carry coal, stone, salt or wheet.  She's likely here to pick up a load of wheat from the elevators in the background, but possibly just to layup over the winter.  She dropped off a load of salt when she arrived. 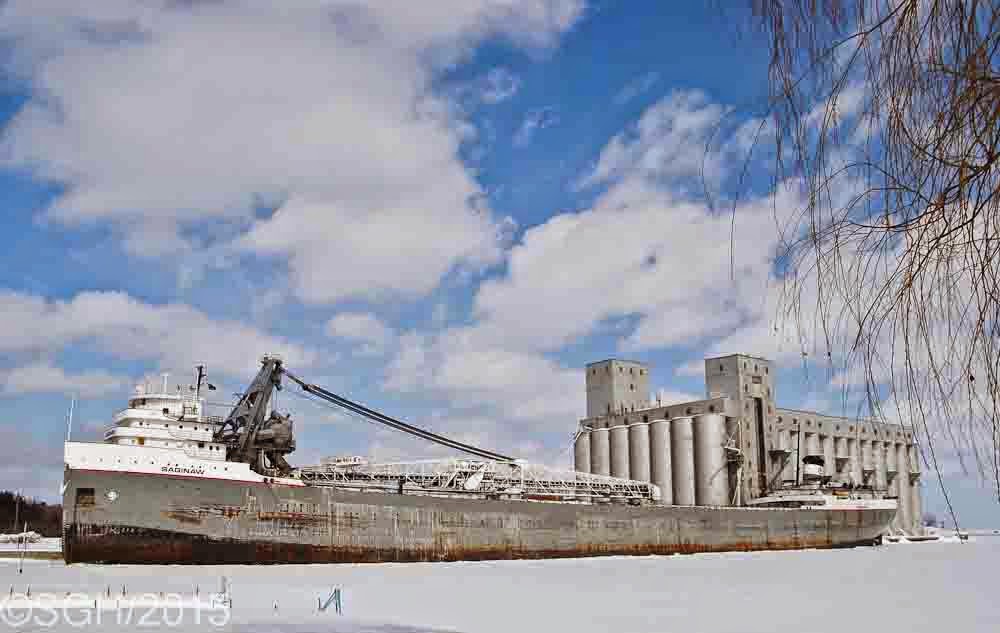 The Saginaw is nearly 200 metres long, and over 20 metres wide, with a capacity of just over 20,000 tones.  Did you know you can look up all the details of Great Lakes ships on a site like 'boatnerd.com', and find out where ships currently are on 'vesselfinder.com'?  You can find out about any ship you see sailing, as long as you get the name. 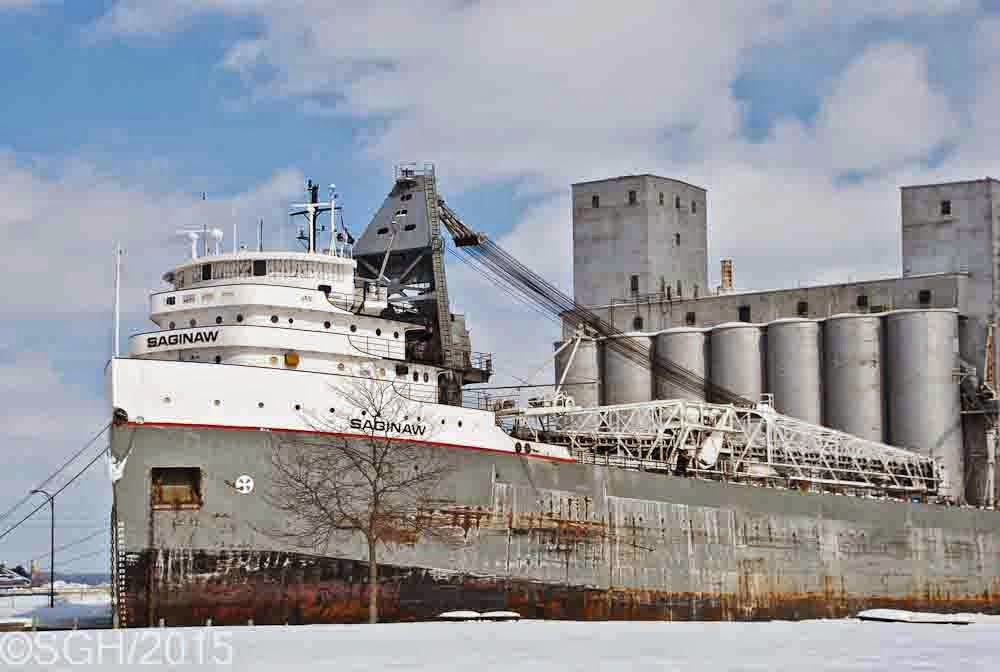 Looks like this ship has scraped up against a few docks since its last paint job!  You can also see the 250 foot unloading boom, which has collapsed while in use twice in her lifetime and been replaced or repaired. 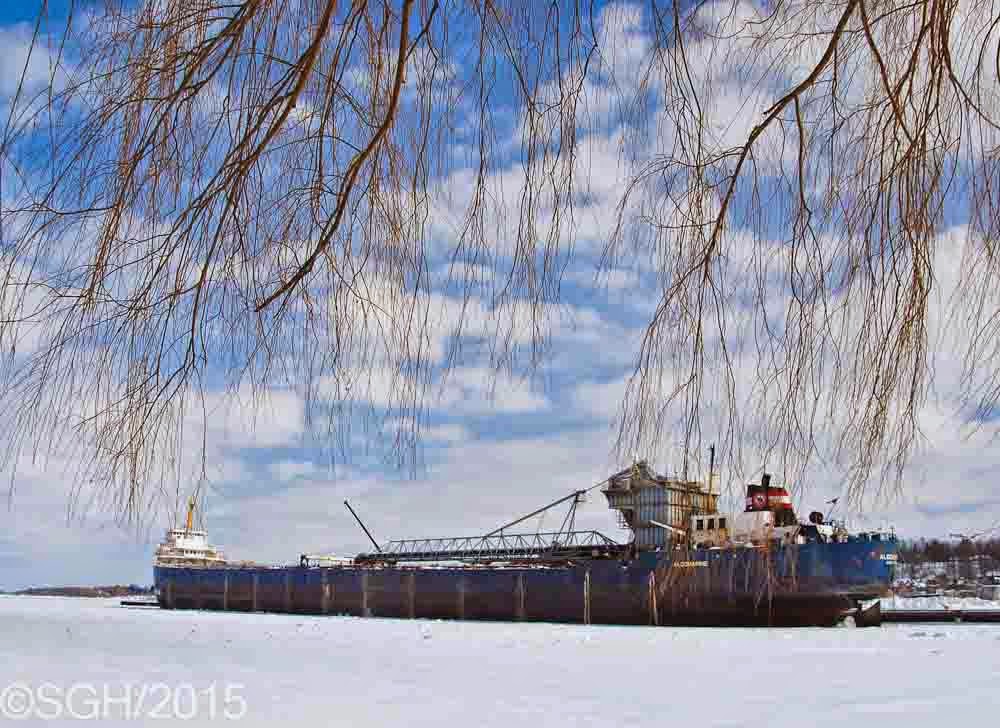 The Algomarine, a slightly younger and larger ship, is sitting across the harbour, likely in town to pick up a load of bulk cement.  Both of these ships needed help from icebreakers to get safely in to the docks when they arrived a few weeks ago. 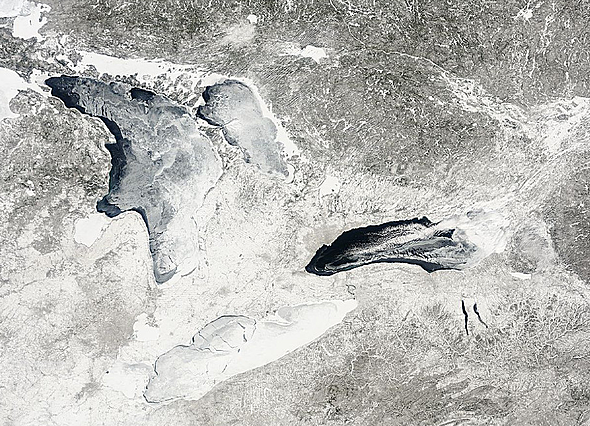 This satellite image, which is a week old now, shows how much of Georgian Bay and Lake Huron (as well as Lake Erie), is frozen.  The Great Lakes reached 88% ice cover this winter, just less than last year's record 92%.  But with the above zero temperatures this week, the lakes are opening fast. 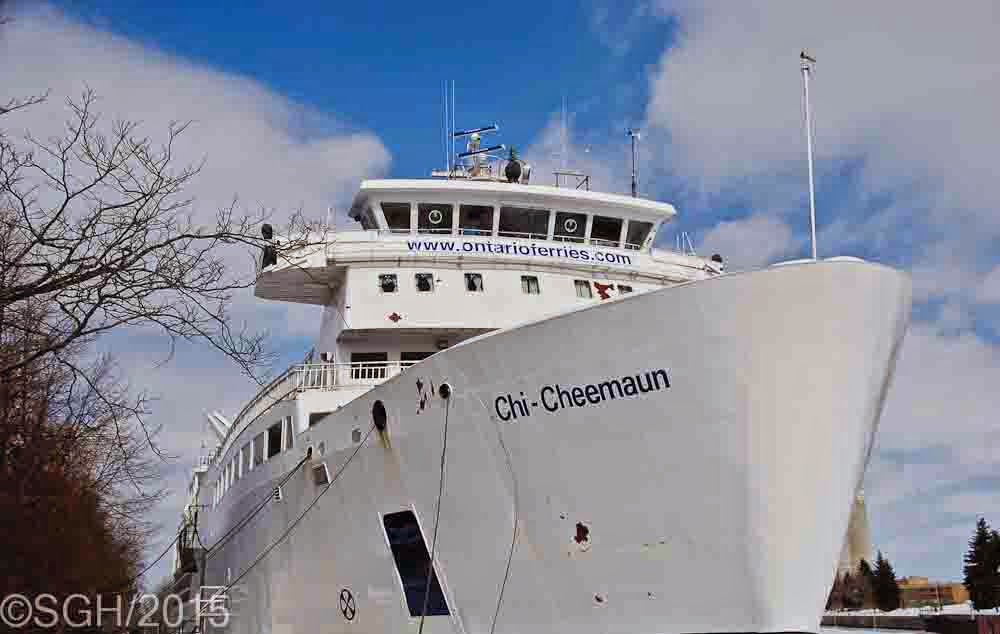 Just down toward the inner harbour, our favourite ferry, the Chi-Cheemaun ('Big Canoe' in Ojibway) is laid up for the winter.  Winter layups are usually used for routine annual maintenance and refurbishing on all these ships. 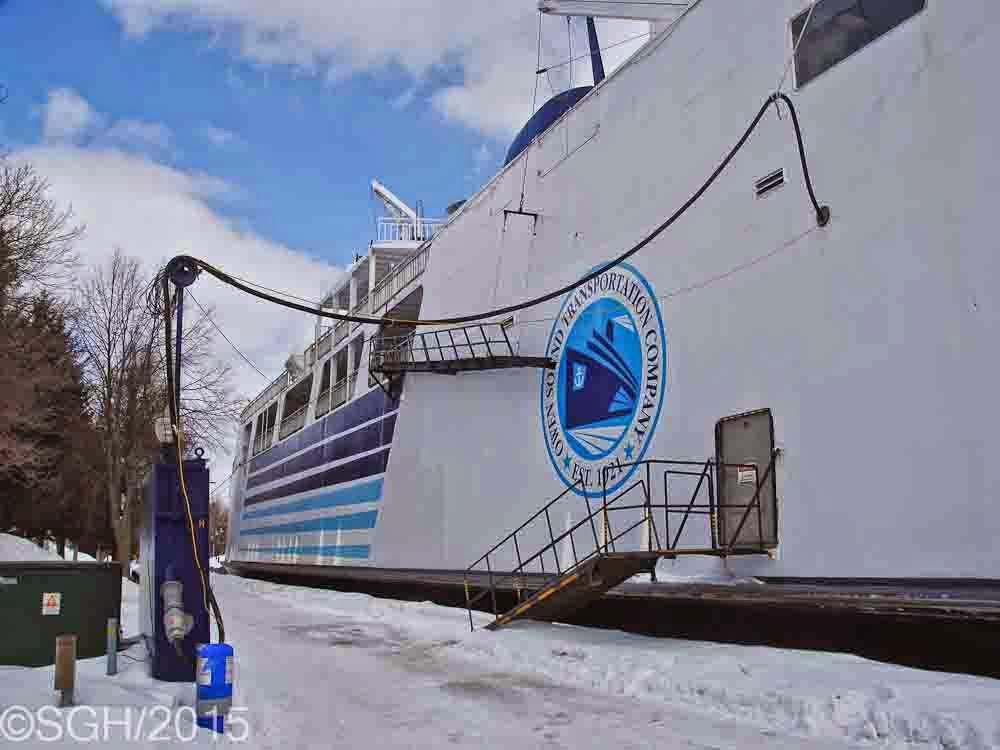 And I realized while we were there that all these ships have some crew still living on board for the winter.  This is the big hydro feed for the Chi-Cheemaun, and the crew entrance while in dock.  We saw several crew members arrive or leave while we were there.

Not in 'the valley', but another aspect of our winter season.  And when the ice goes out and the ships can sail again it's a big seasonal change!