When we were in Durham chasing down the waterfall, we walked down the main steet to see a few murals that we'd noticed driving through town in the past.  Chemainus, a town on Vancouver Island, led the way in Canada in decorating with murals after the local sawmill closed down, and now claims to have 'the world's leading community-driven art tourism experience', with 44 large murals.  But a few towns in Ontario, like Durham, have developed at least a few murals. 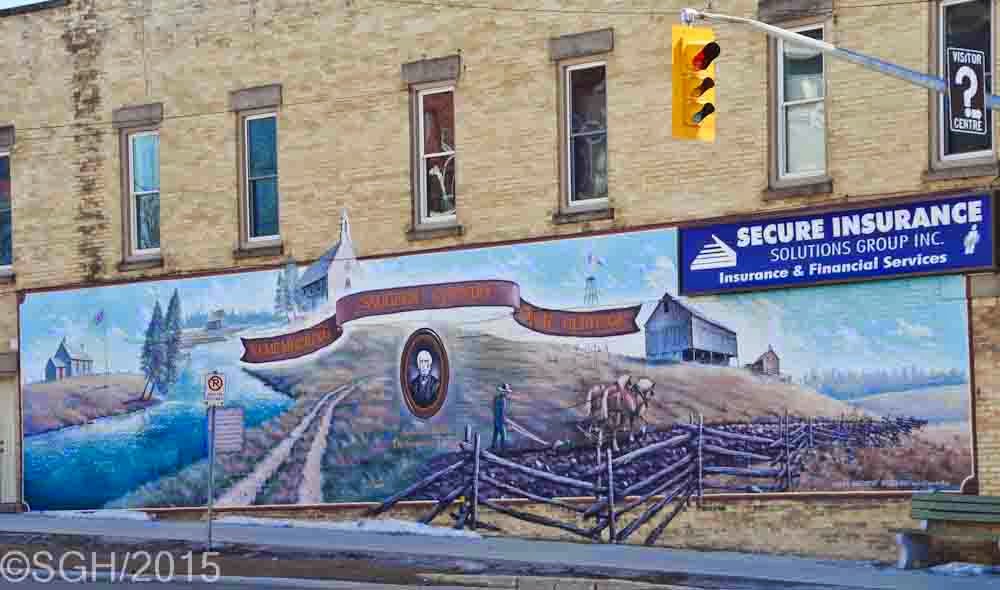 We've driven by this one many times; it's right at the traffic light on the main corner.  On the right it shows pioneers ploughing fields once they've established their farm, and on the left it shows a church and school, the first community concerns of most pioneers.  This part of southern Ontario was settled by Irish, Scots and English in the 1850s and '60s, after agreement with native peoples opened the area for pioneers. 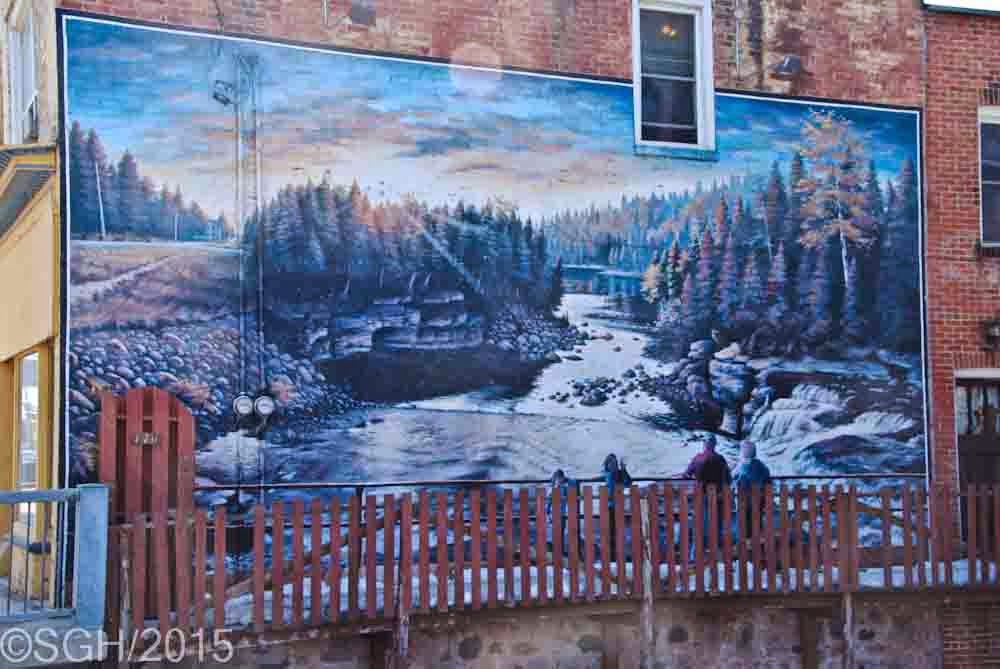 Just up the road was this view of the river.  This is approximately the same view as the last picture in yesterday's post - compare them and see. 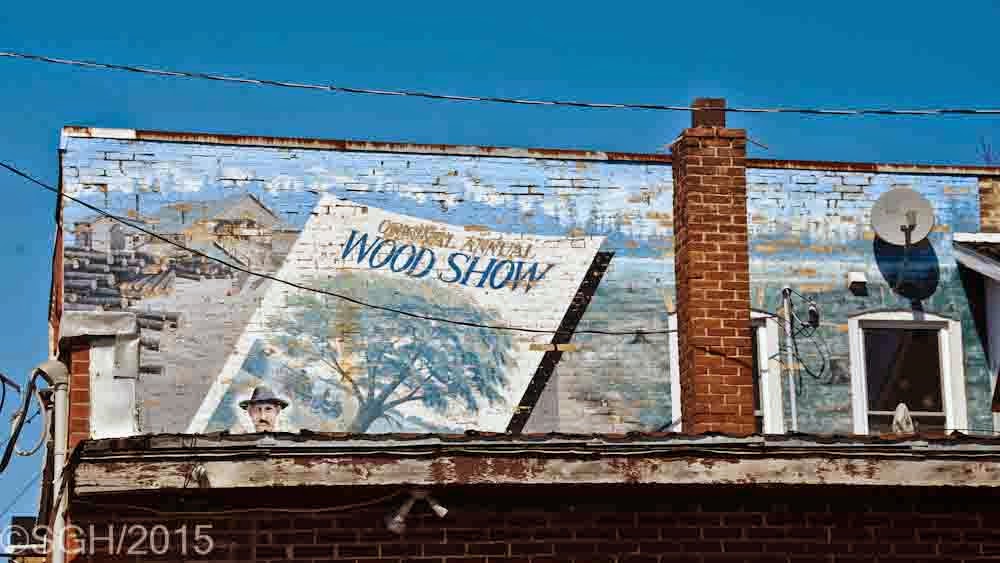 Walking down the main street we came across this mural advertising Durham's Wood Show, looking a little the worse for wear!  The show ran from 1983 to 2003, and was then taken over by the Welbeck Sawmill up the road, where it's still running.  Forestry has long been a major business in this region, though the big furniture factories are now closed and gone. 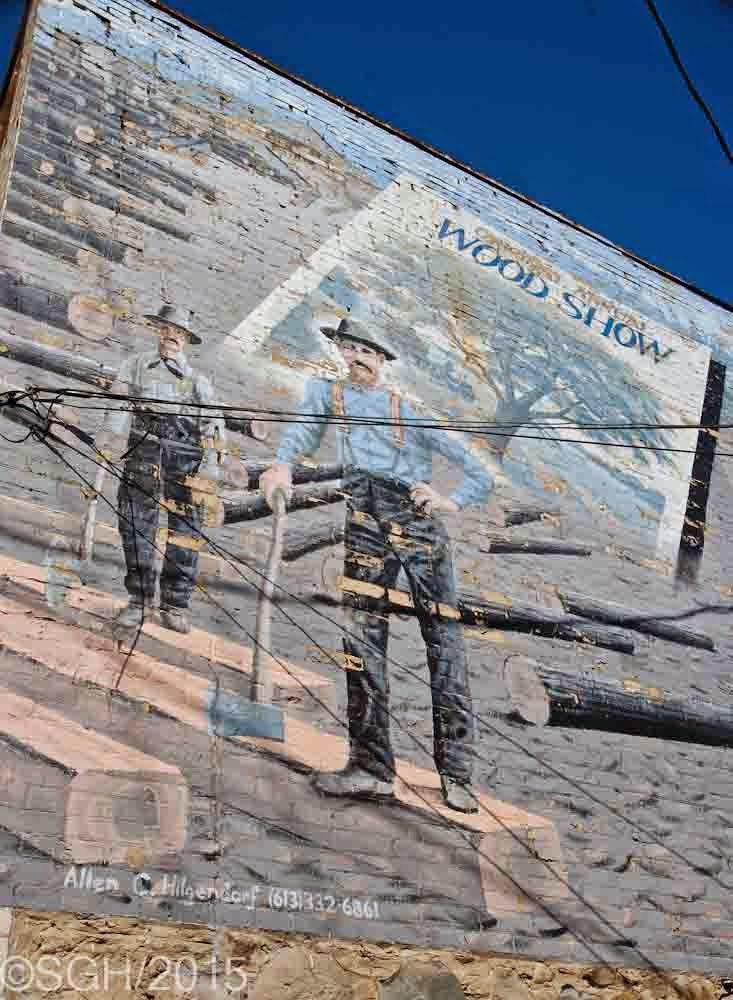 Then as we walked past the next store we realized that this mural was actually a bit bigger, but most of this is almost blocked by a building. 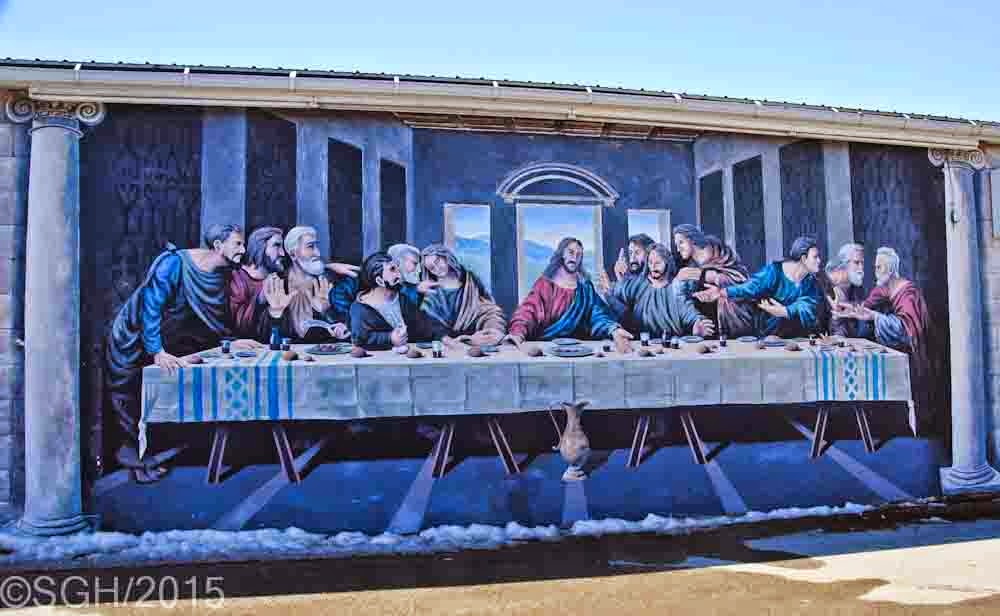 Finally, a store around the corner had a mural of the Last Supper.  Interesting to find in a small Ontario town, but I have no idea what the story behind it being here is.


Since for the first time on this blog
I have some murals to share, I'm linking to
Monday Mural.
Posted by The Furry Gnome at 7:43 PM