Georgian Bay - After the Storm

The rain last Friday night continued for hours, a heavy downpour at times.  It picked up tiny grains of silt and clay, and carried them off the fields, down the ditches and into the creeks and streams, then into the Beaver River, and the Bighead River, the next watershed northwest.  And the swollen, now silt-laden brownish waters raced downhill into Georgian Bay where the wind was still blowing strongly onshore, out of the northwest. 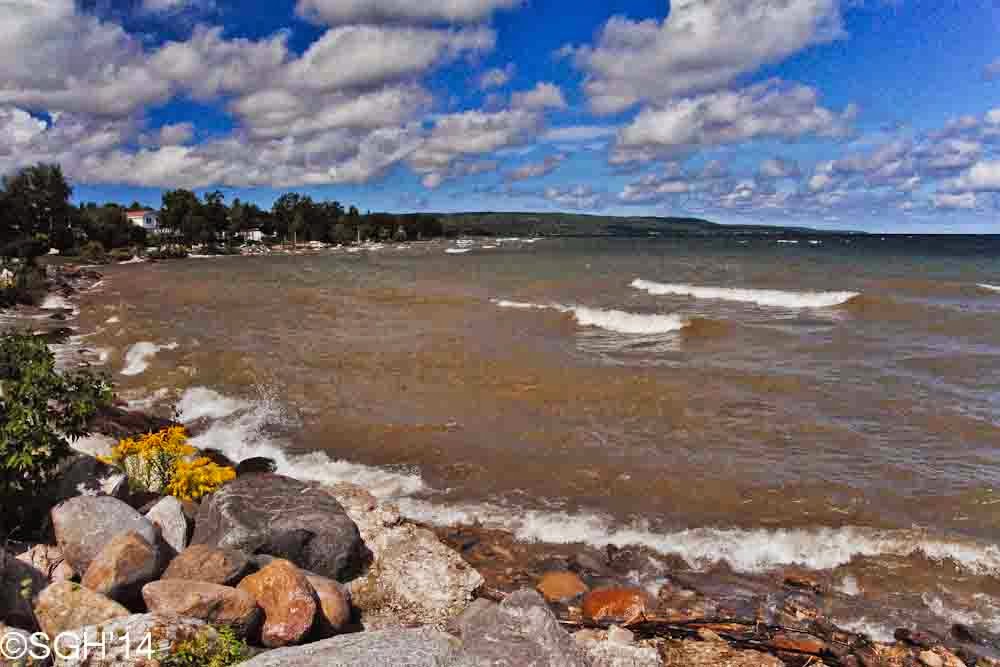 After our usual visit to our local Farmer's Market, we headed up to Meaford to check out a 'Garlic Hut', stopping on the shore for the view.  The onshore winds were churning up the water near the shore, leaving it looking silty. 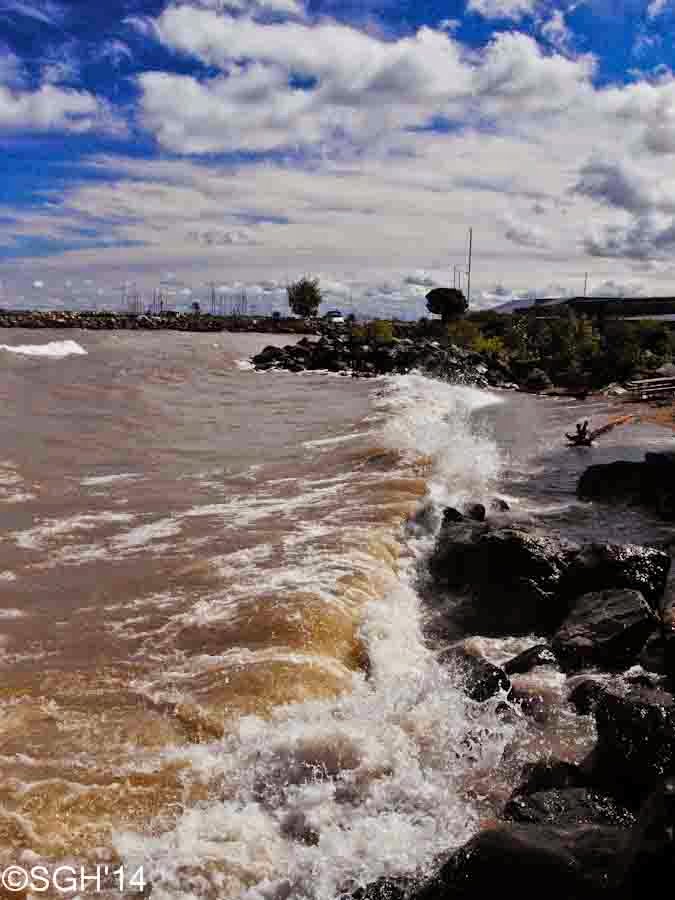 The waves were picking up the silt from the river as it entered the bay (between us and the harbour in the distance), and carrying it in to crash on the shore. 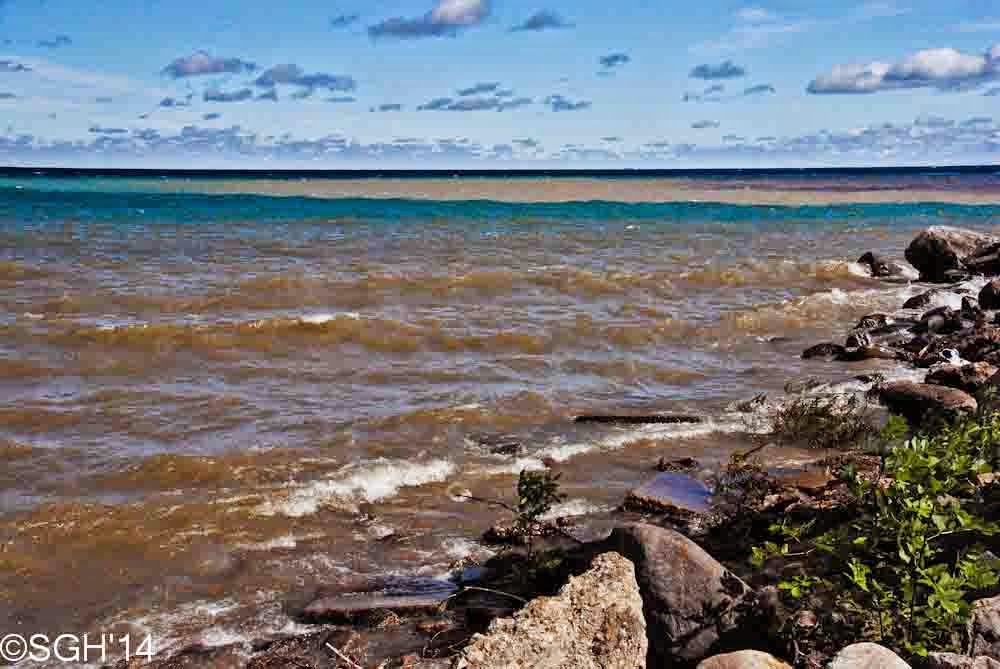 We were struck by the abrupt line between the silt-laden light brown waters of the river where it entered the bay, and the deep blue of the water from further out.  It was just like a knife cutting into the bay. 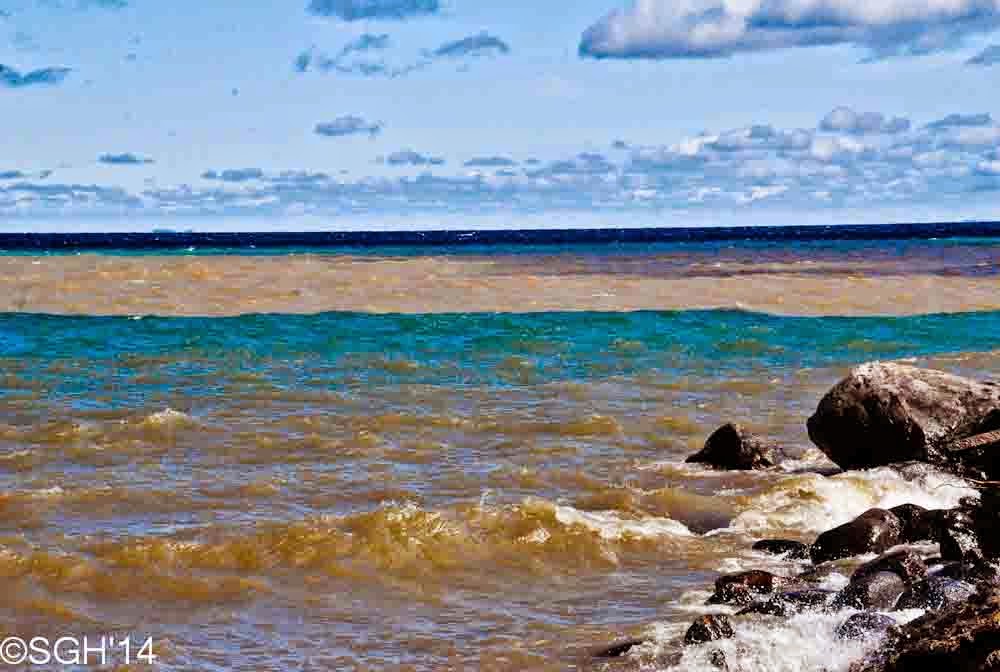 I couldn't quite believe the sharp line between the water from the river and that from the bay - a very strong onshore current from the bay, and a strong flow of silt-laden water down the river meeting each other abruptly! 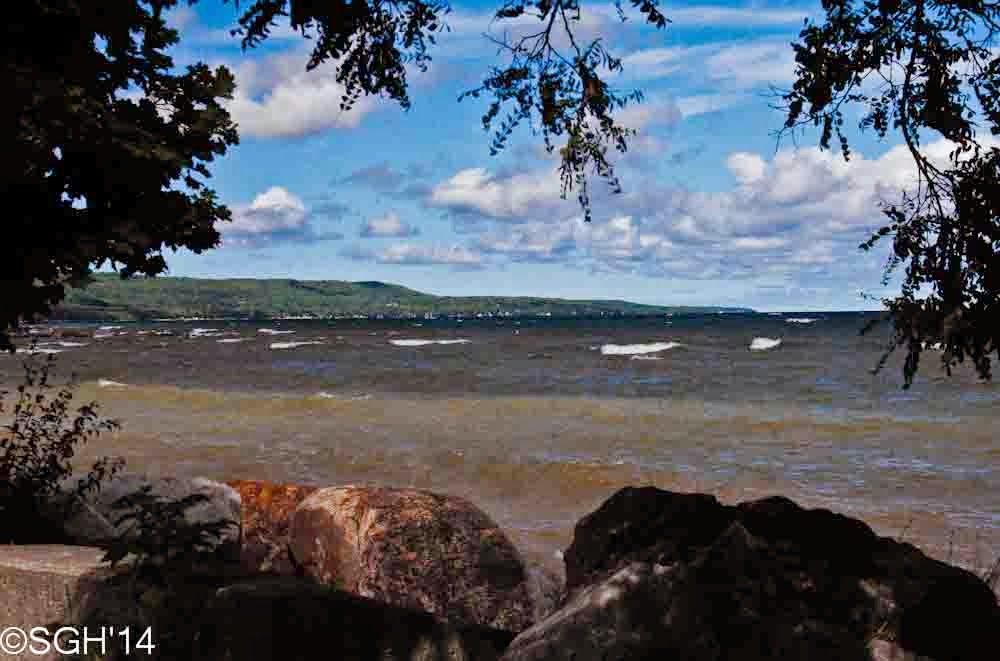 In any case the view was beautiful, and I kept trying to capture the sound and movement of the crashing waves and strong wind as we wandered down the shore and picked up a hot dog from the vendor's stand for lunch. 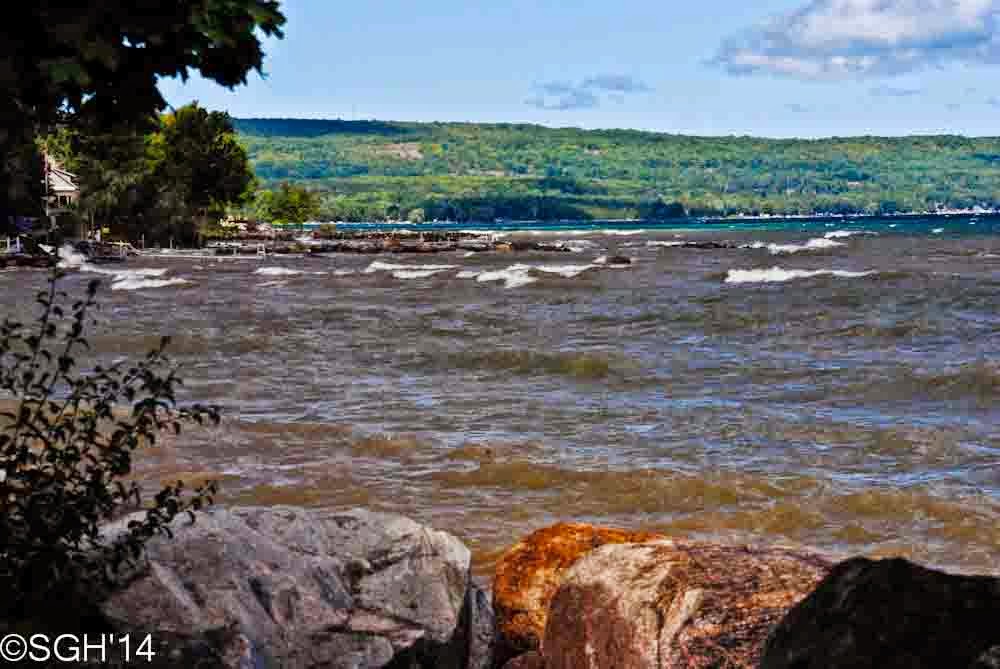 Looking toward the headland, you can see a sliver of the deep blue water of the bay beyond, before the far shoreline. 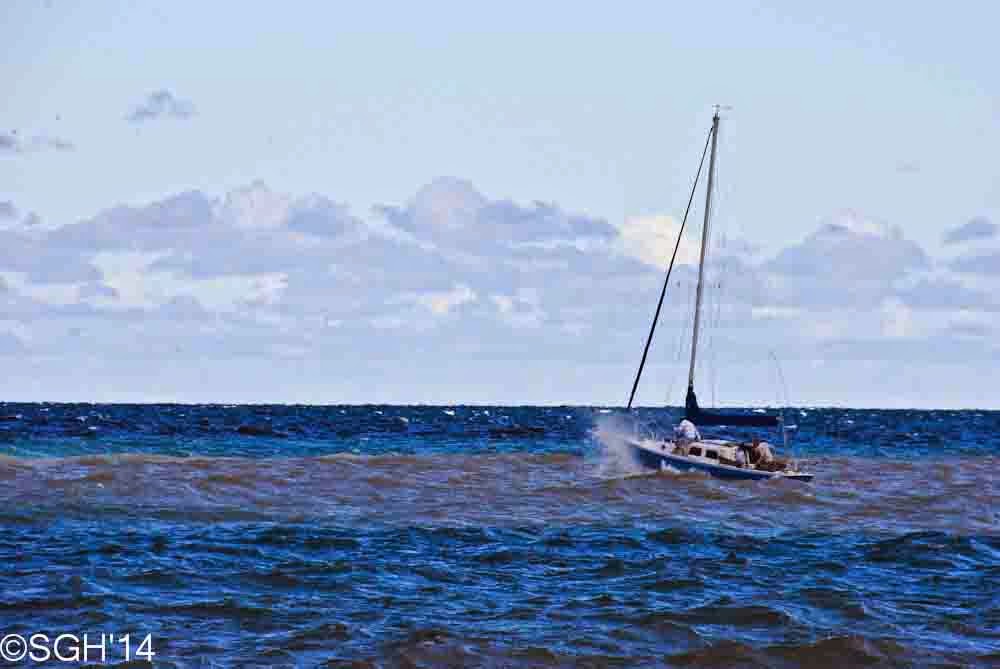 At one point a single sailboat ventured out of the harbour.  They were having a bouncy ride, and I hope they were good sailors to be out in these waves. 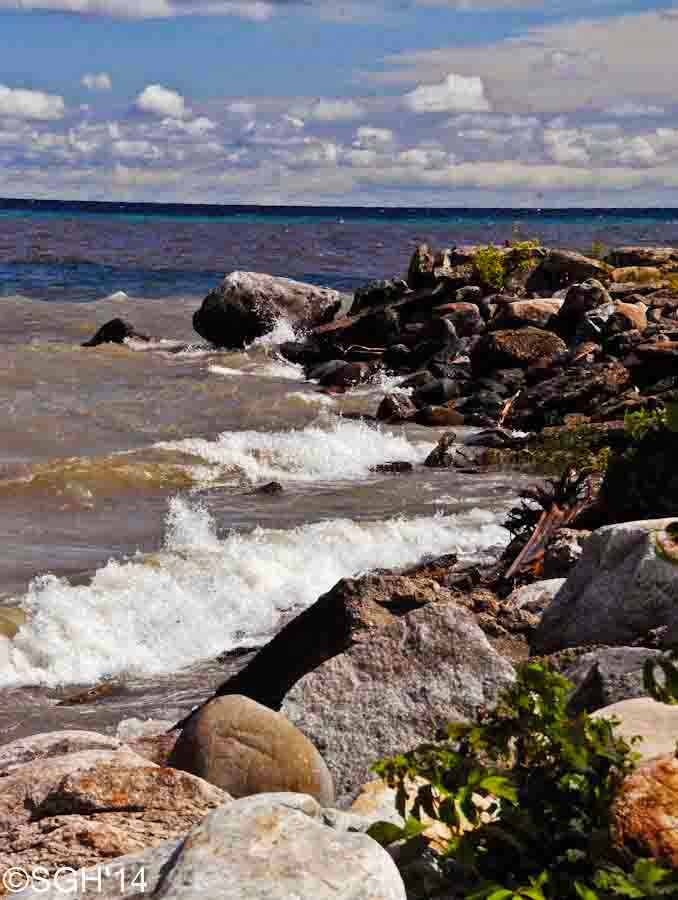 This was Georgian Bay at its finest, on a beautiful September day.  I'm joining Donna's Personal Photo Challenge, which is 'movement' this month.  Do you think I've captured any sense of the moving waves/. 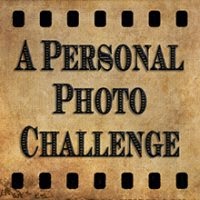