It's the time of year when I typically find a few Praying Mantises around.  They are mating at this time of year, so they're out and about I guess.  I like to find them, because they are predatory insects, helping to keep the population of other insects under control. 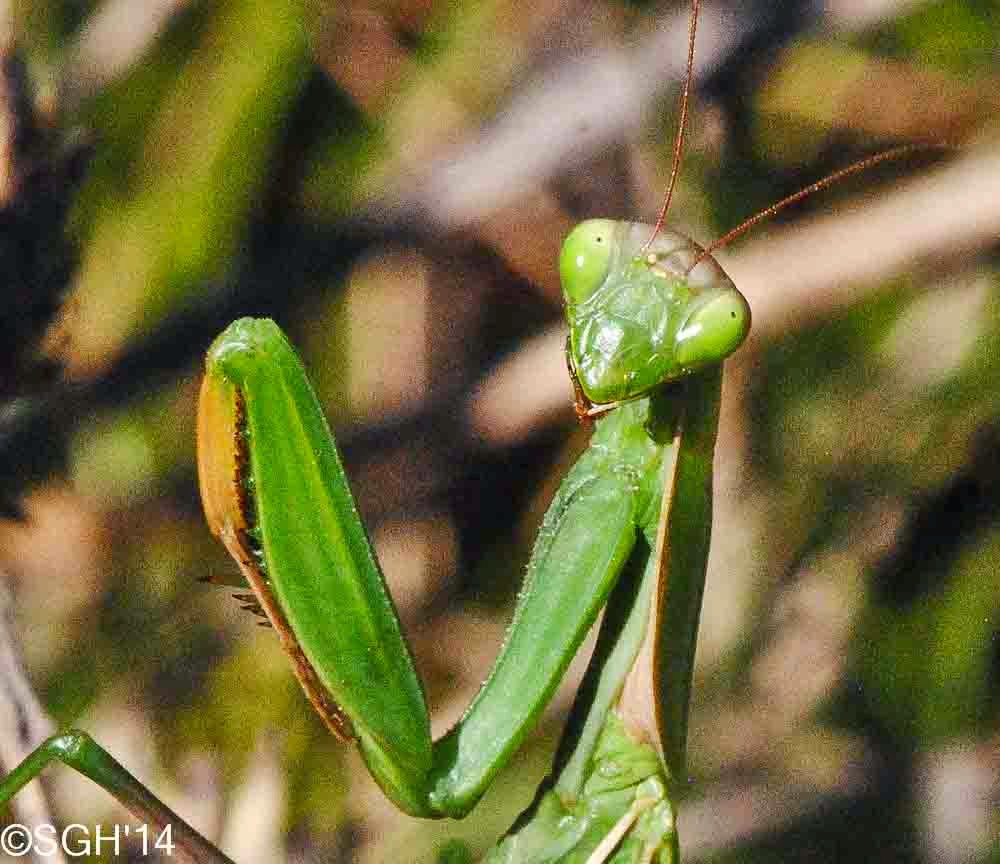 The first one I found by chance in our meadow, just noticing it when I was walking by; it was bright green among some dried grasses.  They are really quite the characters when you look at them closely. 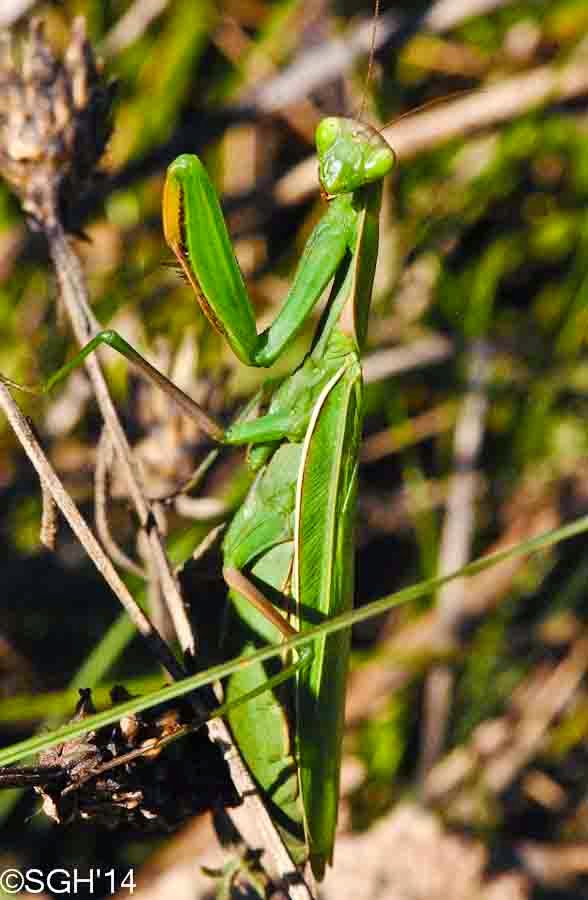 I had to lie down on the ground to get the photo, and then it crawled quickly from one stalk of grass to another away from me. 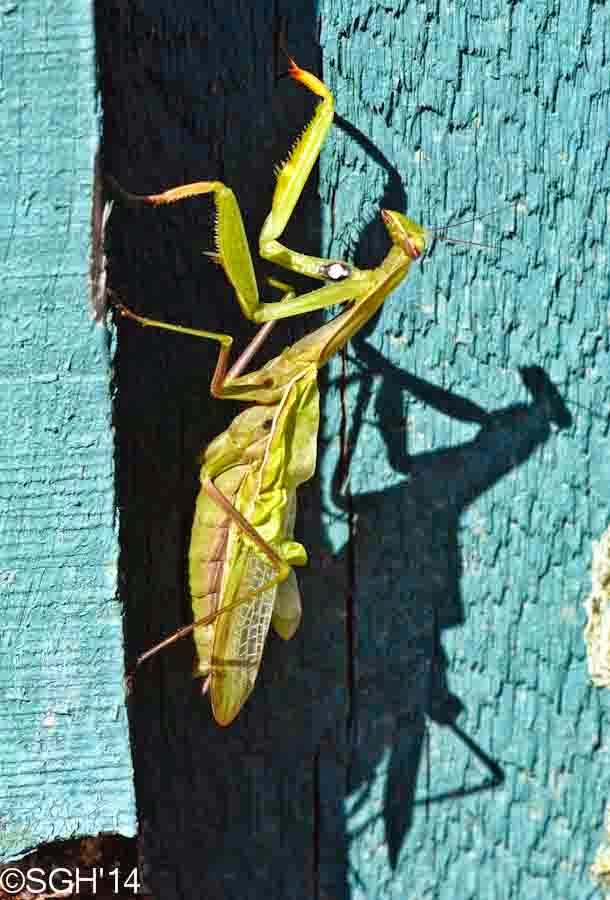 My wife spotted this one on the house just outside the back door the other day.  I like how it's shadow looks about as predatory as the insect itself! 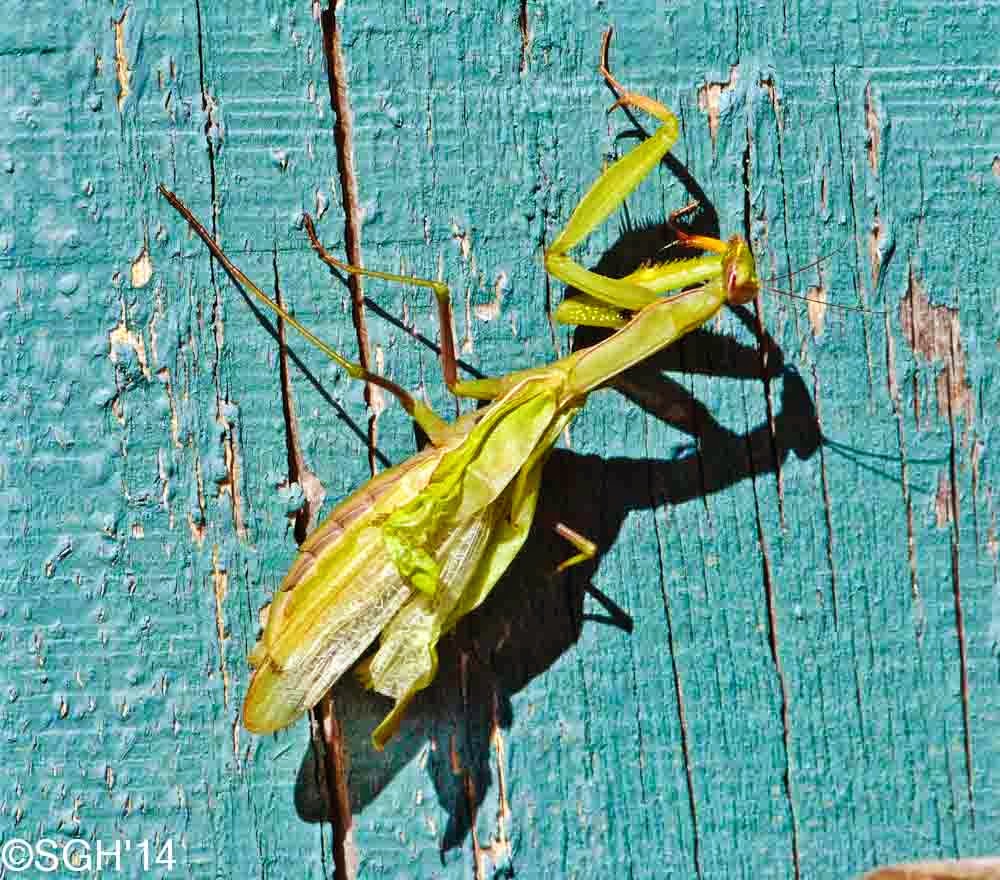 Again, as I got close with the camera, it started crawling away, but just on the wall of the house. 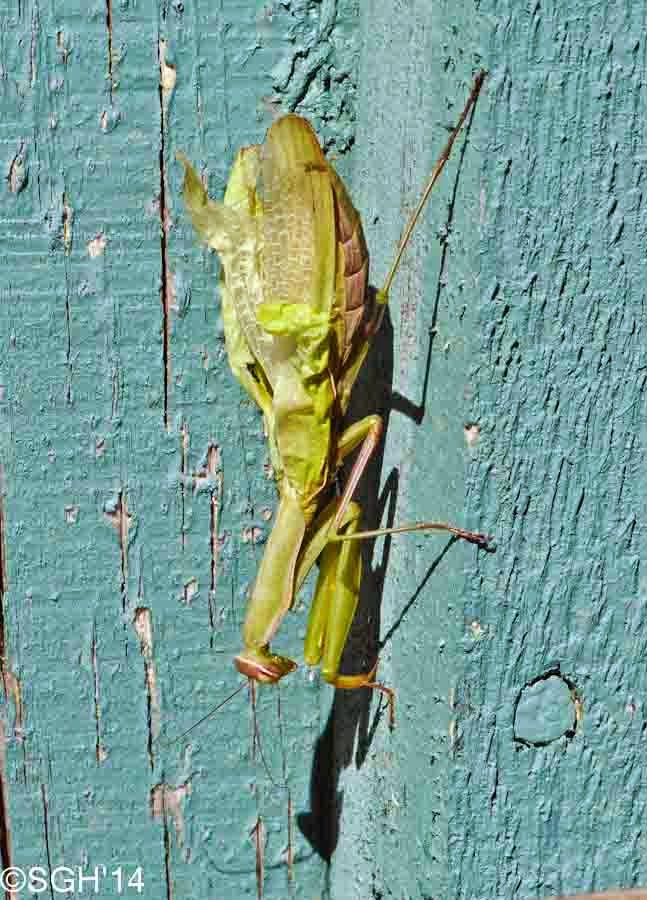 Shortly turning in a half circle and heading downwards.  One of my favourite insect critters to find around the yard. 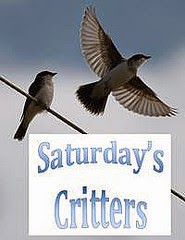