There are still a surprising number of colourful flowers in bloom in the garden, even though it's only two weeks until the usual first fall frost.  Things are certainly fading though, and fall will arrive before we know it.  Here's a close look at a sample of current flowers. 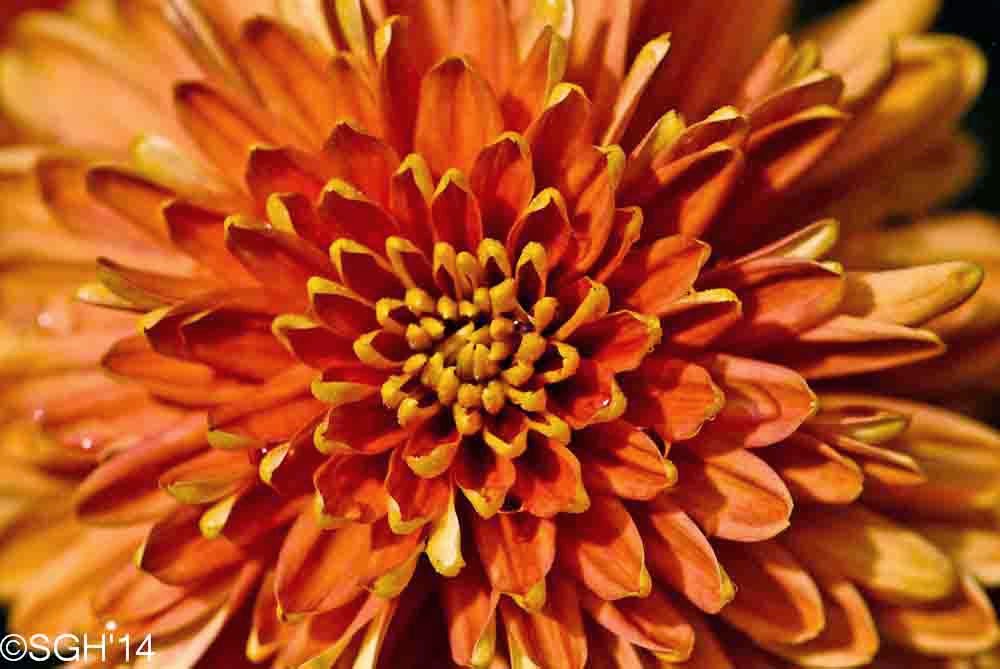 And orange mum that is getting bigger every year and will have to be moved out of the veggie garden soon! 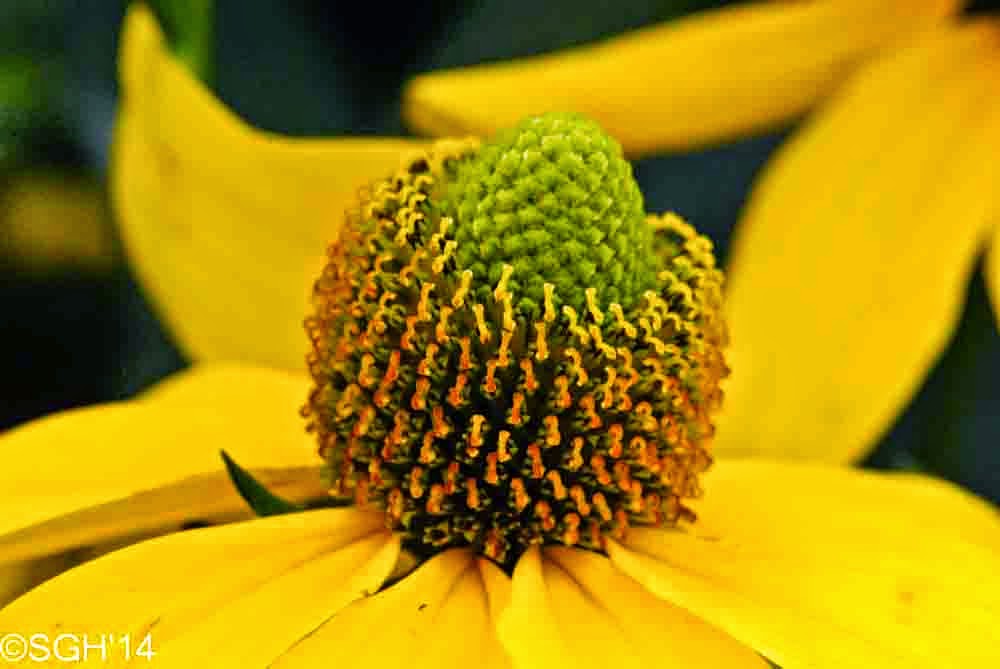 A very tall yellow coneflower - this is the one that stands above the fence, nearly 8' tall. 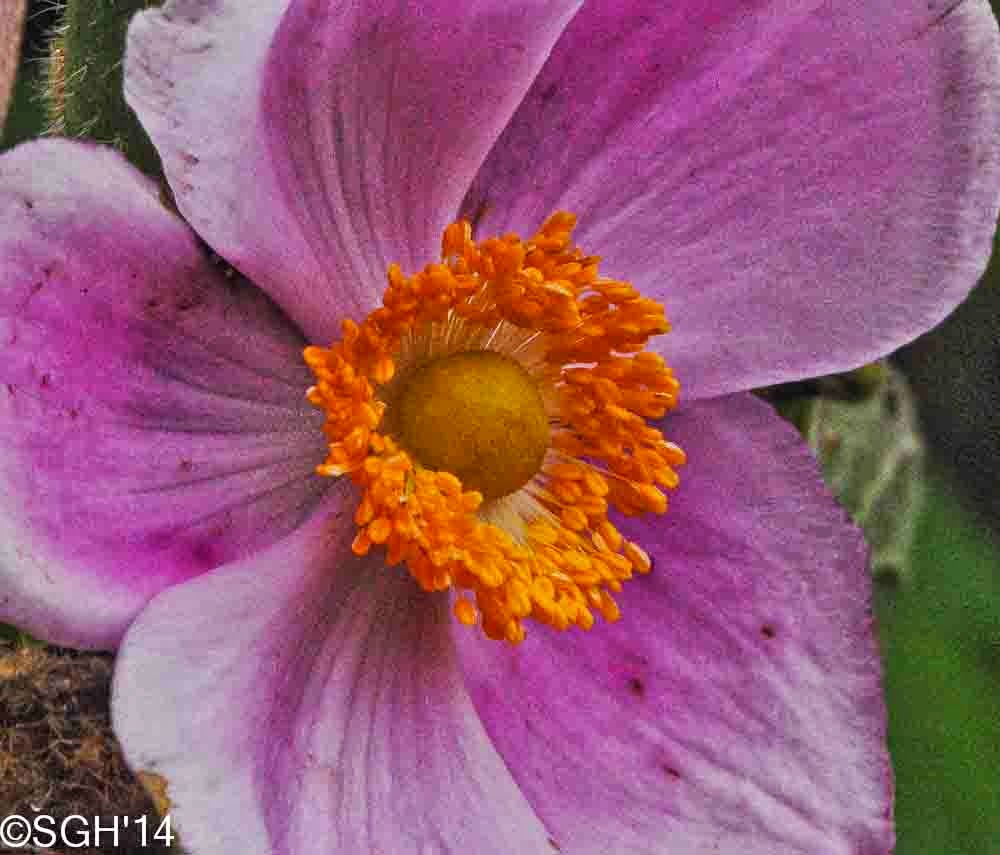 A deeper pink bloom on a Japanese Anemone, hiding among the Hollyhocks. 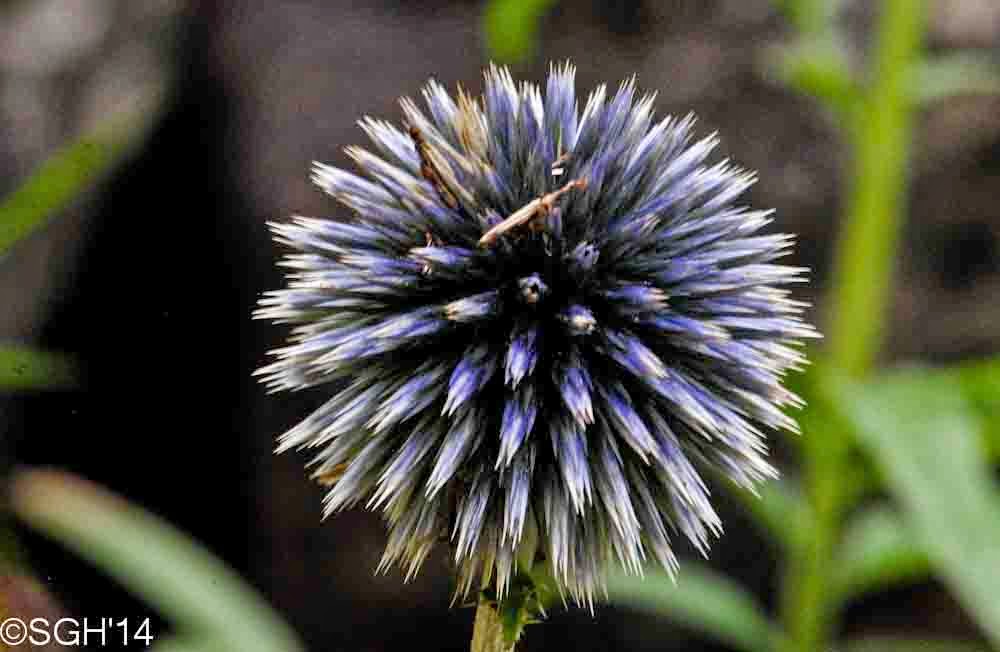 A blue Globe Thistle, Echinops.  I just like the appearance of this. 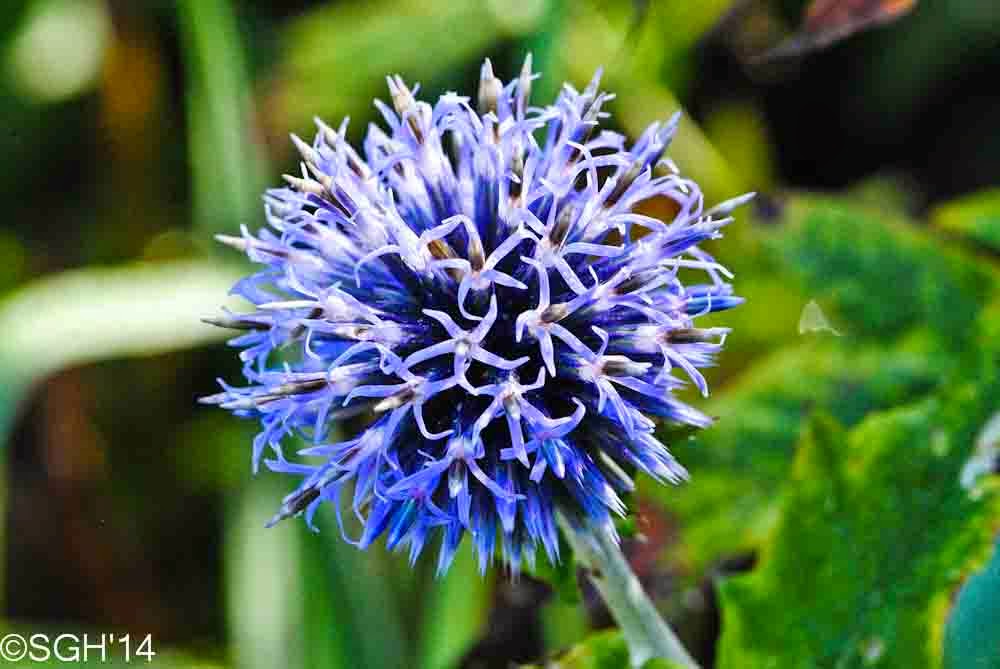 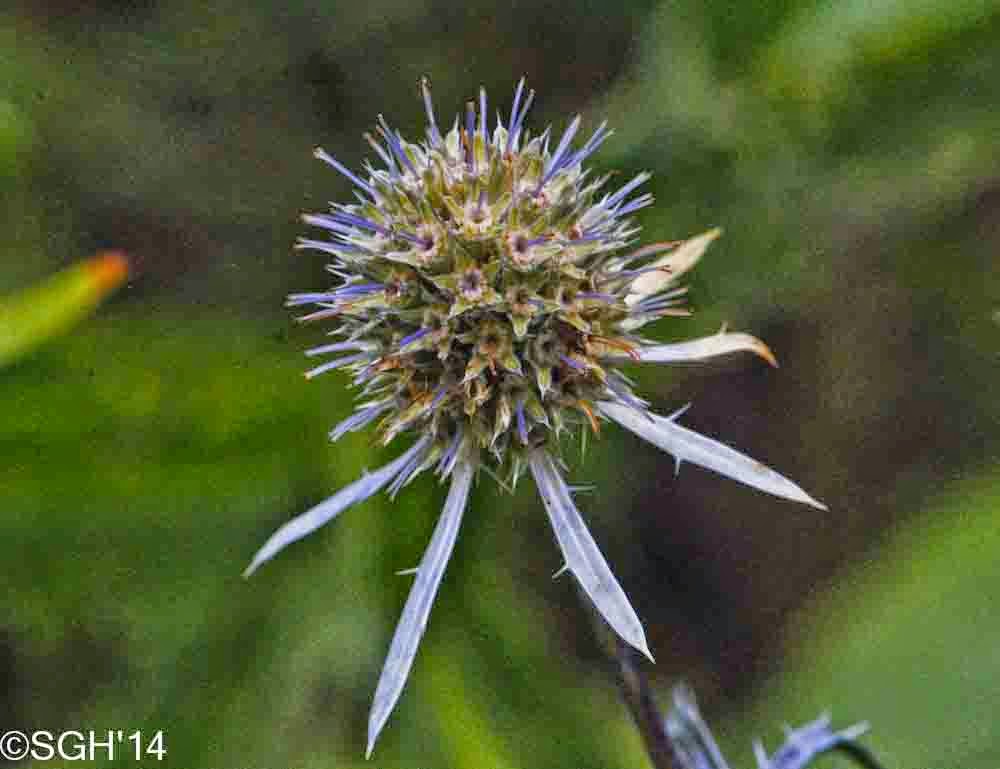 This looks somewhat similar, but is actually a different plant, a variety of Sea Holly, Eryngium. 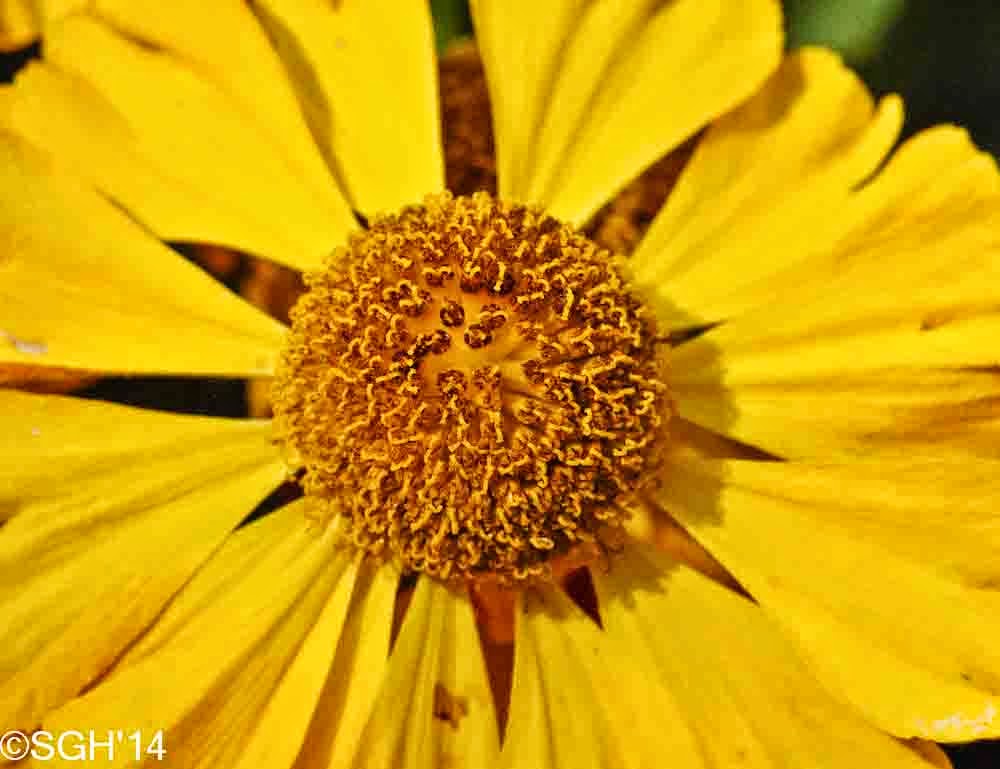 The centre of a Sneezeweed, Helenium.  I think it deserves a better name; it's very pretty, and it's never made me sneeze! 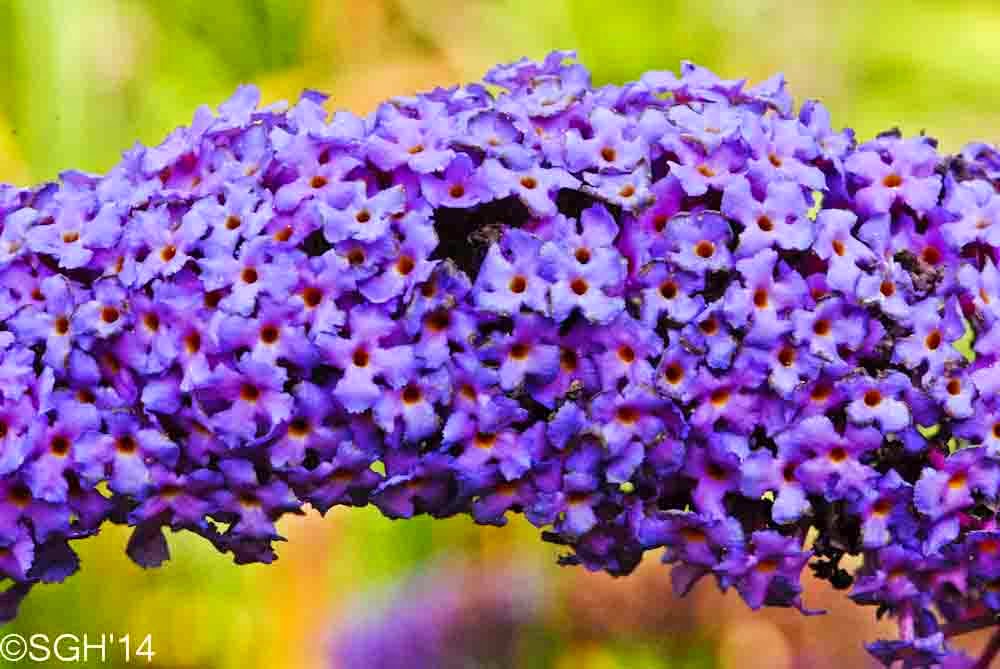 Our beautiful bluish-purple Buddleja.  We've seen these growing like enormous weedy shrubs along railway tracks in the UK, but here it's a prize plant in the garden, and a favourite of the Monarch Butterflies. 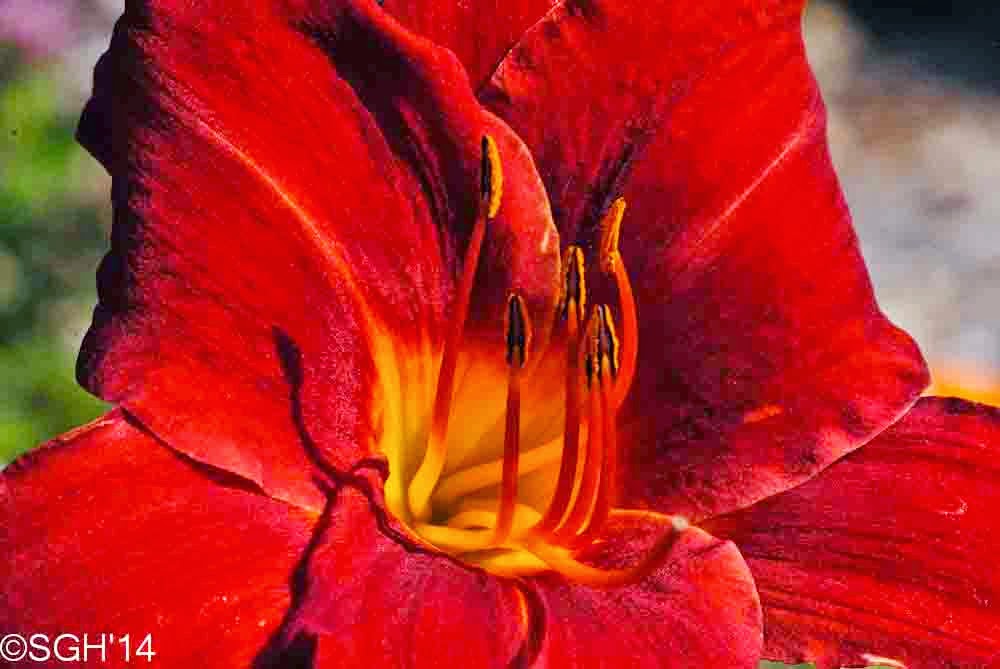 Just about the last Day Lily blooming in the garden. 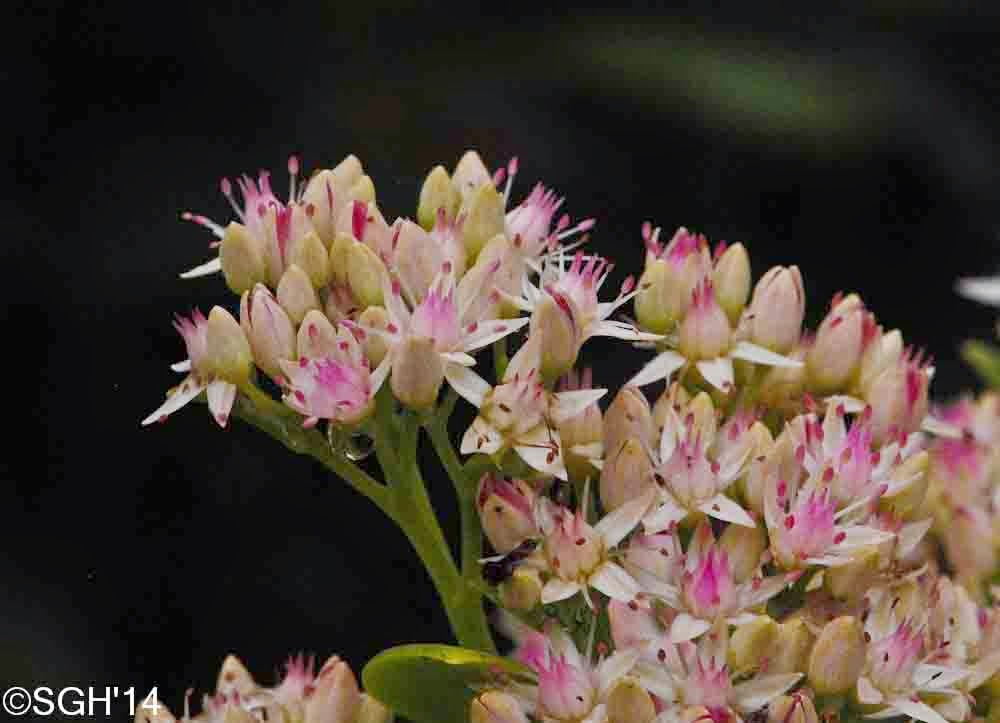 And one of several Sedums, just a small corner of the blossoms.