Fishermen on the Beaver

The short half-mile of the Beaver River below the dam and fishway I described yesterday is the most popular stretch with fishermen, though it's not busy yet.  After checking out the fishway I headed downstream toward the bay to see what I could see. 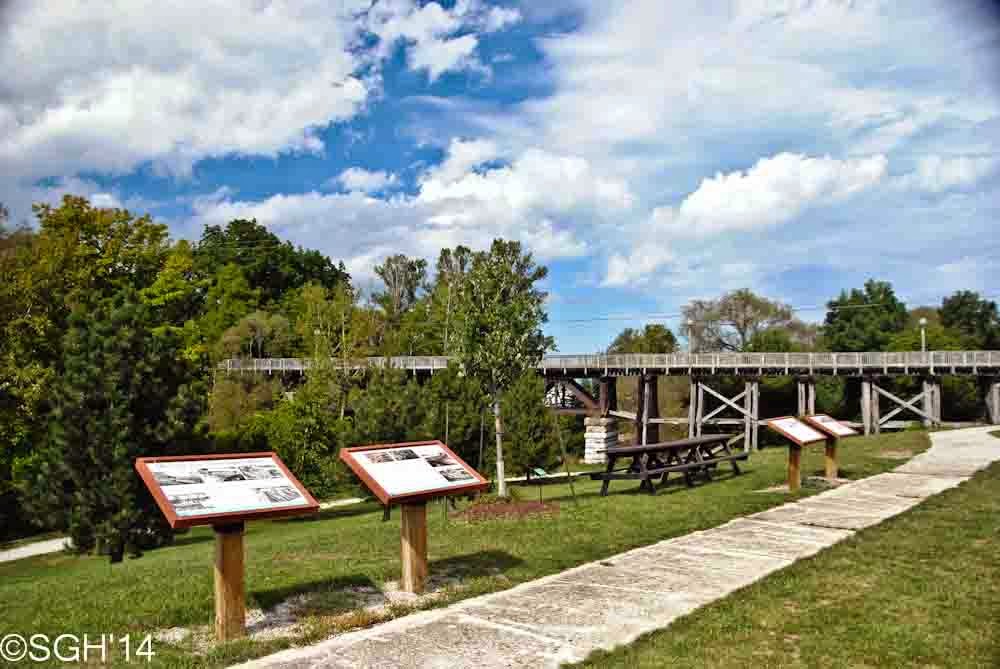 This is part of the park by the fishway, with the plaques about the old mill and an old skating rink that used to stand beside the river here. 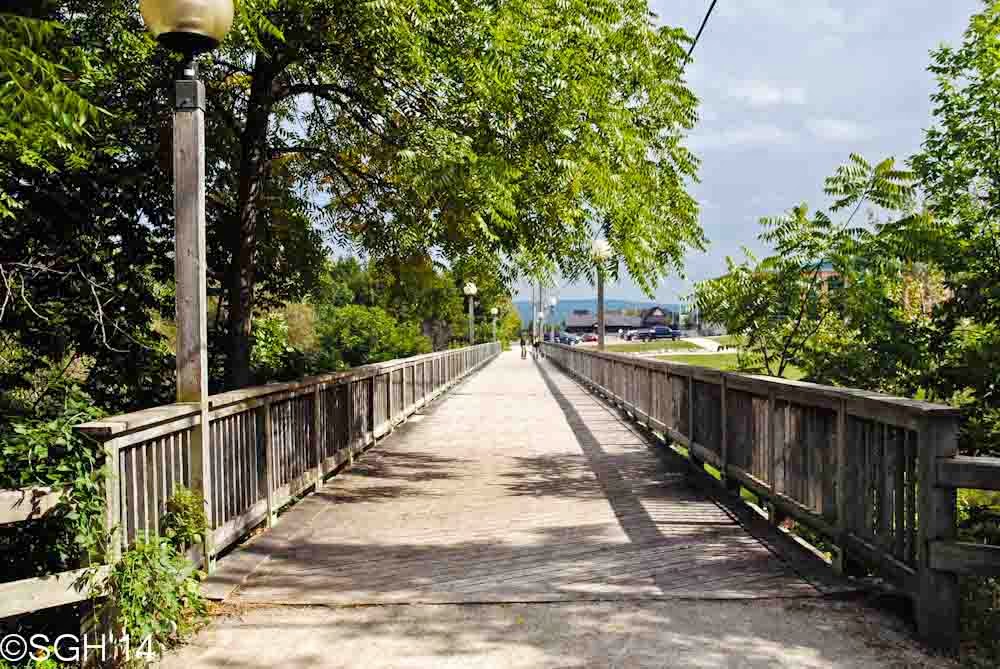 I drove around to the west side of the river and checked out the Georgian Trail that uses the old railway bridge.  Looks popular. 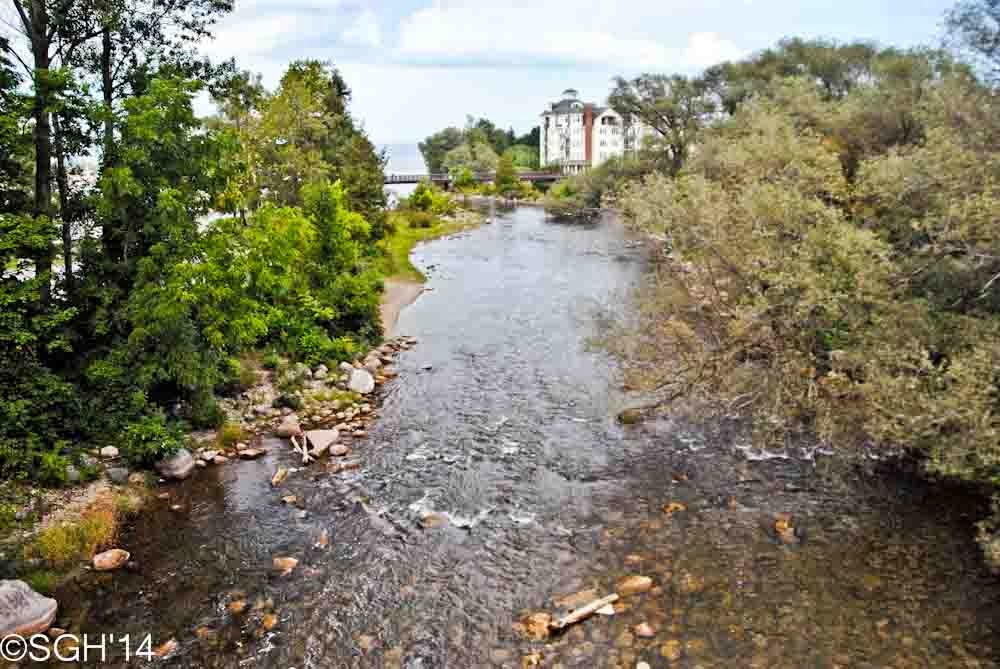 Looking further downstream from that bridge you can just see Georgian Bay in the distance, and another smaller, lower pedestrian bridge before that.  That was my next stop. 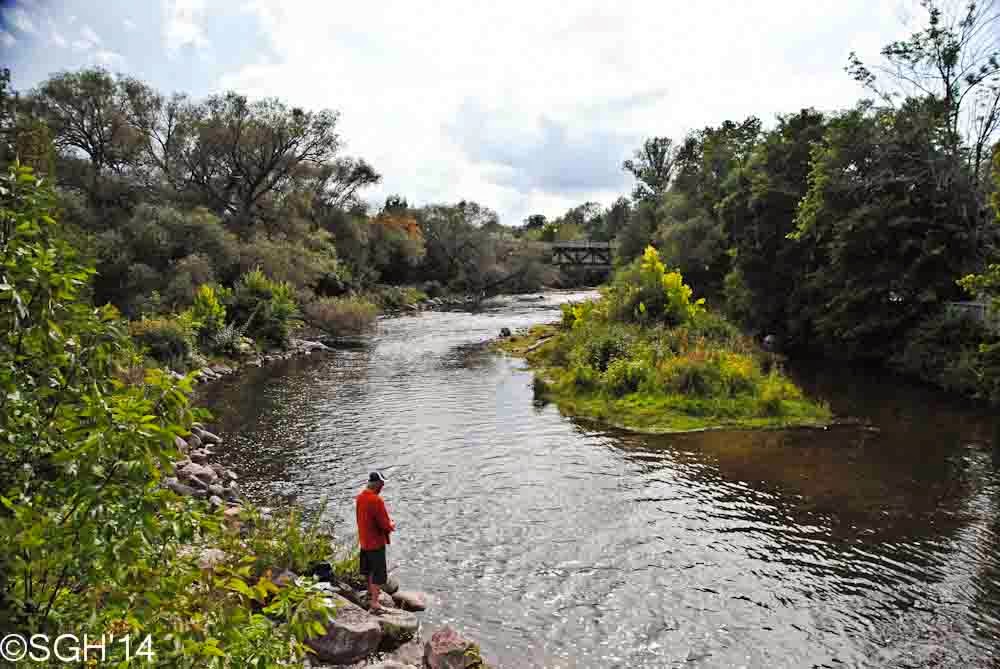 Looking back upstream there's the old railway bridge in the distance, and another fisherman in the foreground. 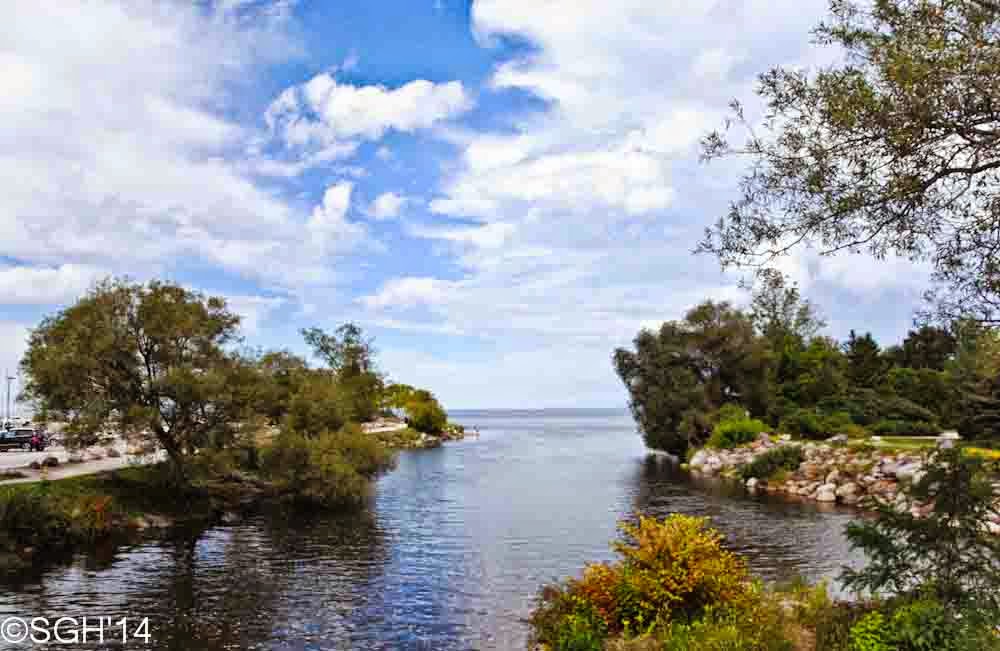 From here it's a clear view out into Georgian Bay where the fishermen are hoping those migrating salmon will come from.  The marina is on the left.  Can you see the fishermen? 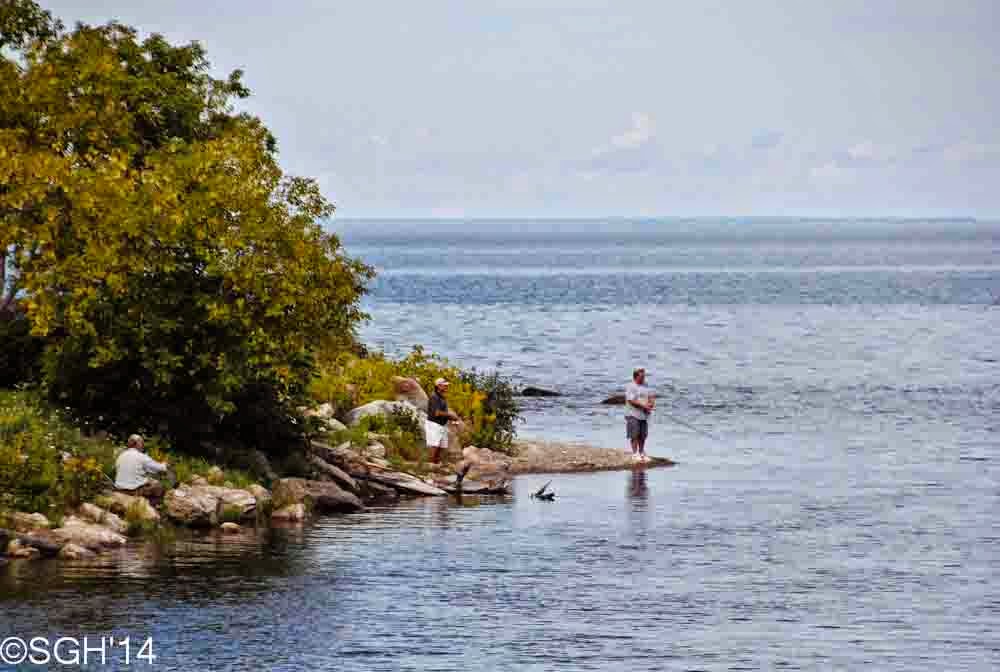 Here they are - another three fishermen.  I caught a snatch of conversation between these guys, when one commented that 'I'd get more action in my goldfish bowl at home'.  I guess the fish weren't biting! 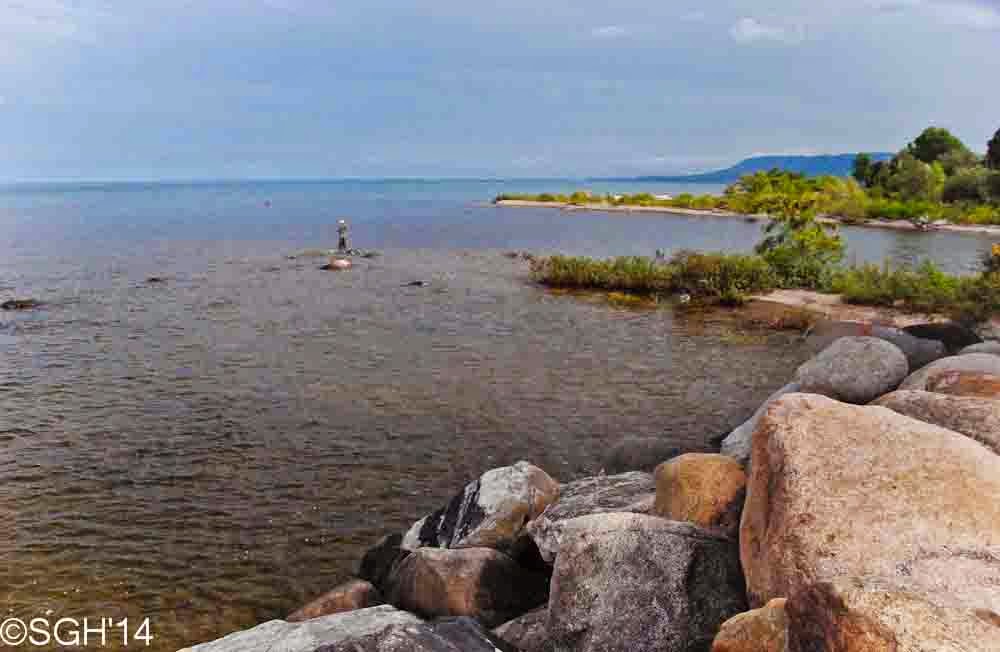 All the way down to the shore of the bay, I clambered over the big stone breakwater protecting the harbour - storms can get bad on the bay at times, especially when the ice blows in or out in winter.  But today, looking east toward 'Blue Mountain', the water was placid. 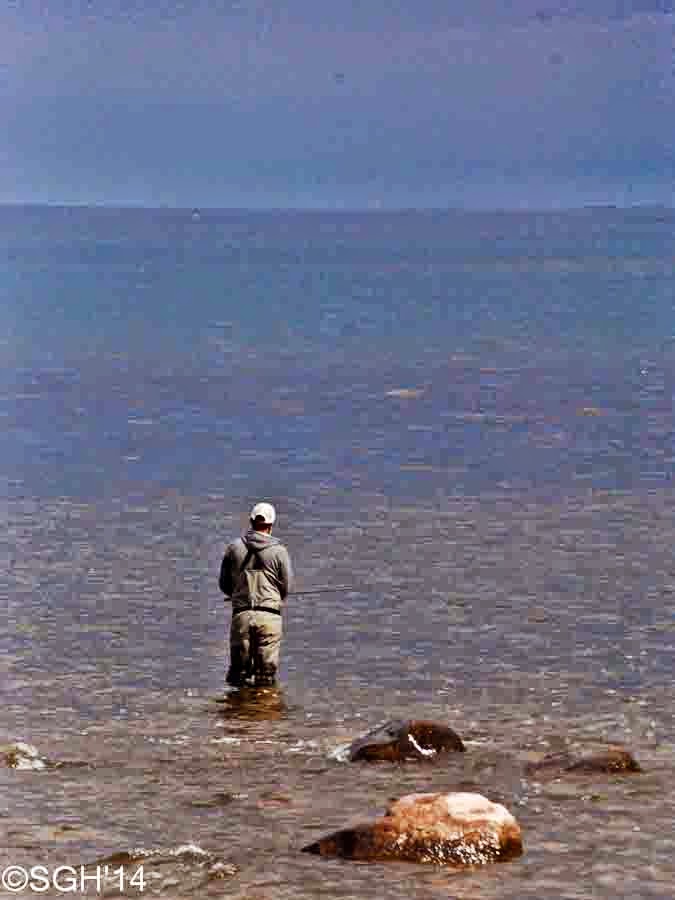 I liked the lone fisherman in hipwaders out at the mouth of the river.  I saw about a dozen fishermen and one fisherwoman in half a mile of the river.  I'm going back when the salmon are running to see just how crowded the fishing gets!