Identifying Goldenrods (or Not!)

The dominant flower in our meadow at the moment is not one of those I showed yesterday, but Goldenrods. There are obviously several different species, and I've been trying to sort out which they are - without a lot of luck.  I need to be a better botanist.  But here are a few that appear to be different anyway, even if I can't tell you for sure what species they are. You can see above how yellow the meadow looks at the moment, though there are a few asters and Queen Anne's Lace mixed in.  I use Peterson's Field Guide to Wildflowers to try and sort these out, and it recommends sorting the goldenrods into 5 growth forms.  I can do that, but getting them to the level of 'species' is a lot more challenging. 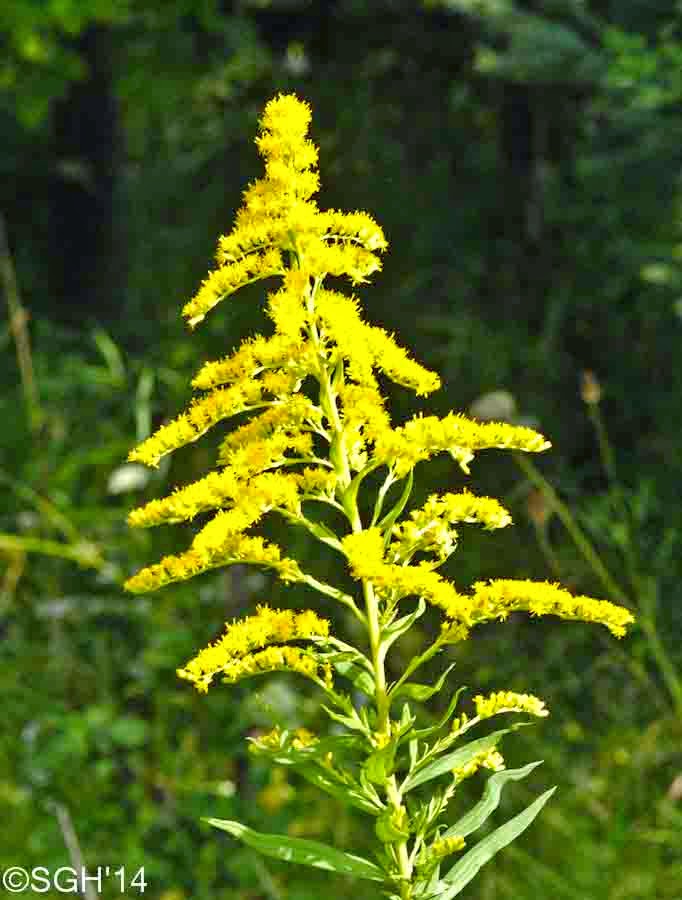 This one is the 'plume-like' growth form, and I think it is probably a Canada Goldenrod, one of the most common around here. 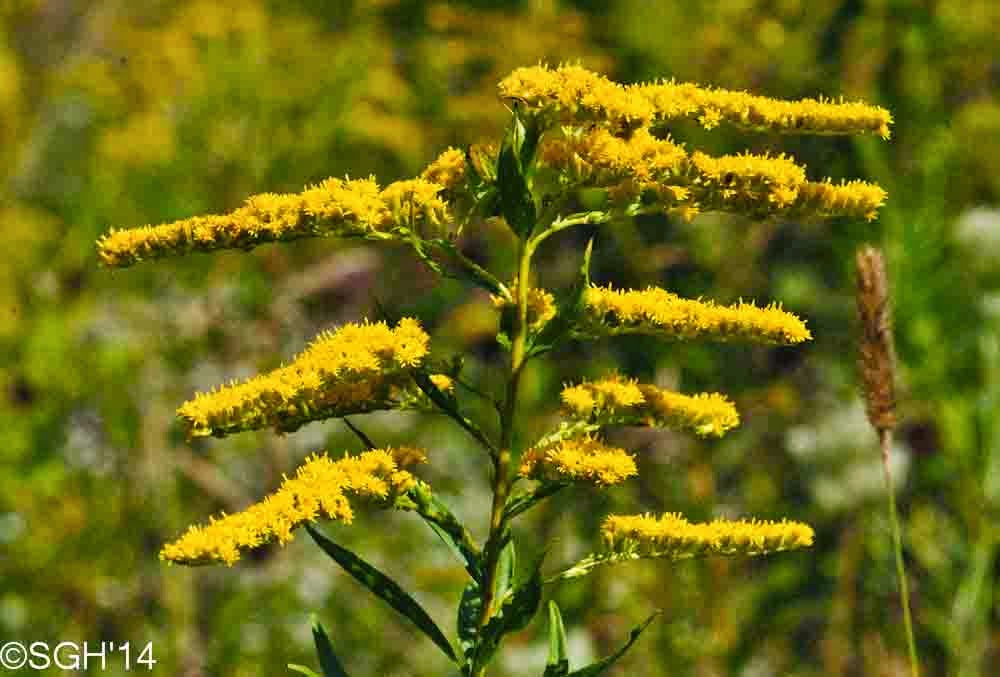 This one is clearly 'flat-topped' in growth form, and I think it might be Smooth Goldenrod. 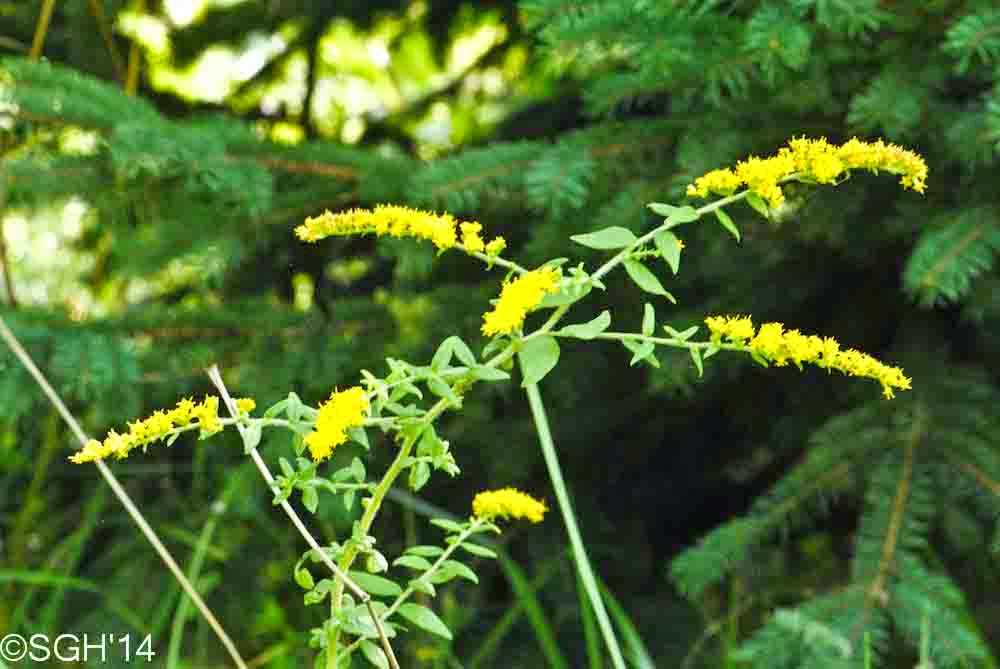 Here's one with thin, wispy flower stems branching out sideways in the 'elm-branched' growth form, but I simply can't match it easily with any of the goldenrods in the book, because it's leaves, which are fairly broad rather than narrow, don't match the illustrations. 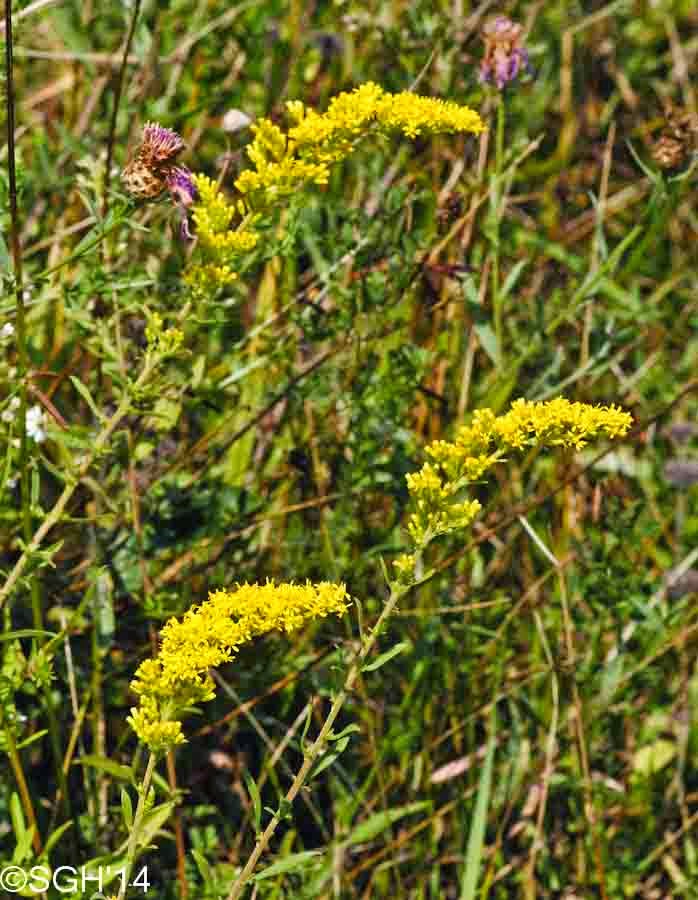 This is another I'm having difficulty with, though it's clearly the 'wand-like' growth form.  It has very narrow small leaves though, which again don't match anything in the book. 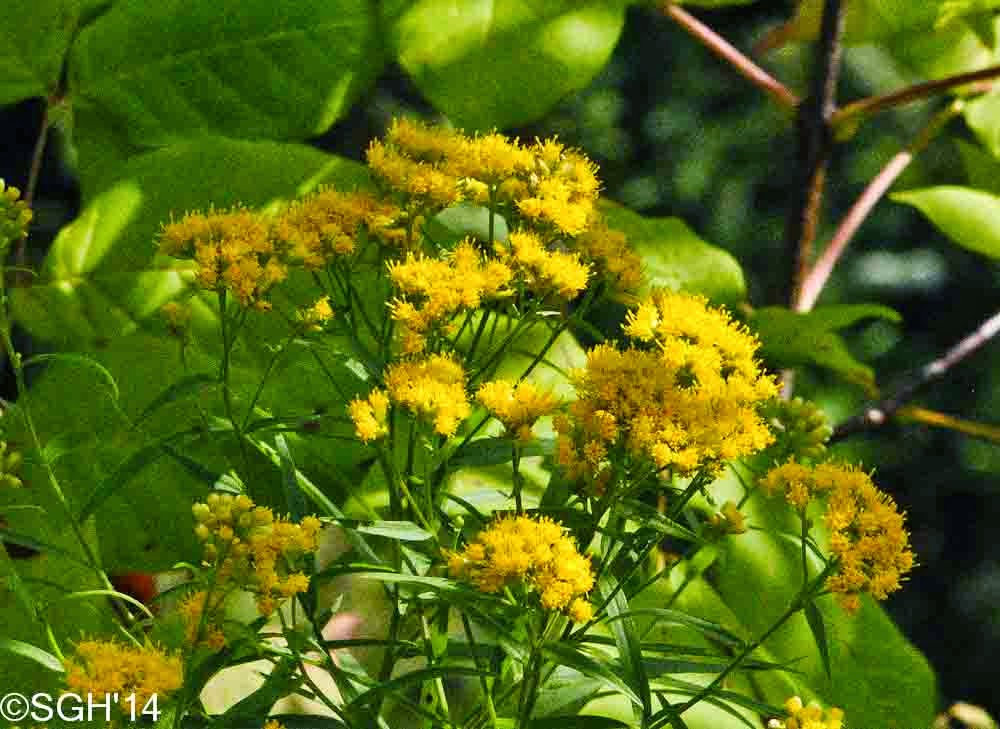 And this last one I think is Flat-topped Goldenrod - though there's a high likelihood I'm wrong on all counts. Besides the Peterson guide, there's also a specific pamphlet on the 'Asters, Fleabanes and Goldenrods of Grey and Bruce Counties'.  But when I try to match those up, it gets even more confusing.  As least I know I gave it a really good try - exercise for the brain!