A week ago we  experienced the darkest stormy skies I ever remember! 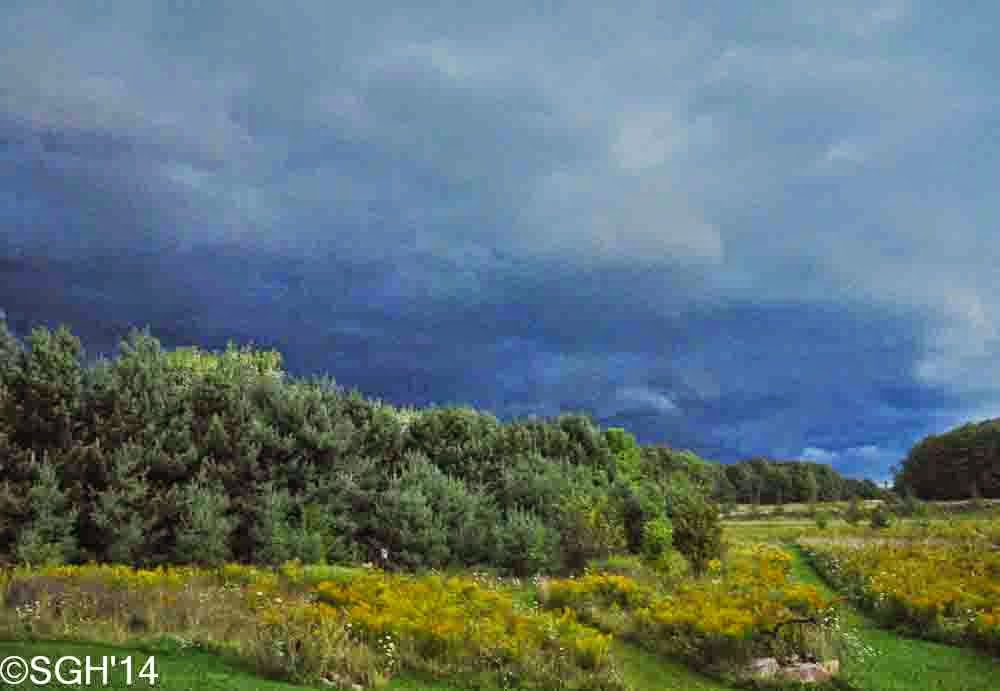 The clouds swept in from the northwest fast! 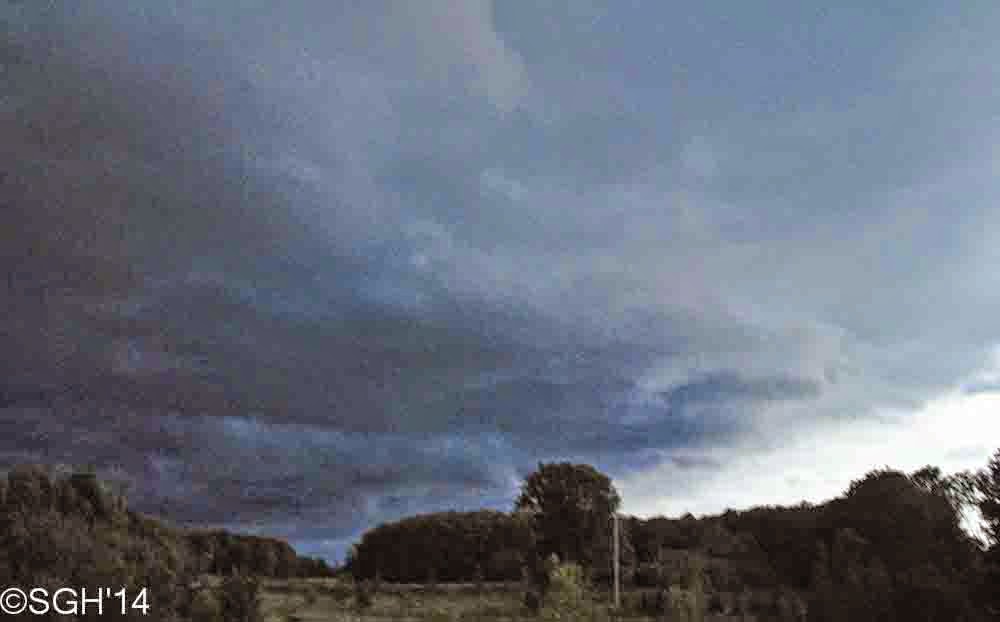 Within only a moment or two it seemed, they covered half the sky. 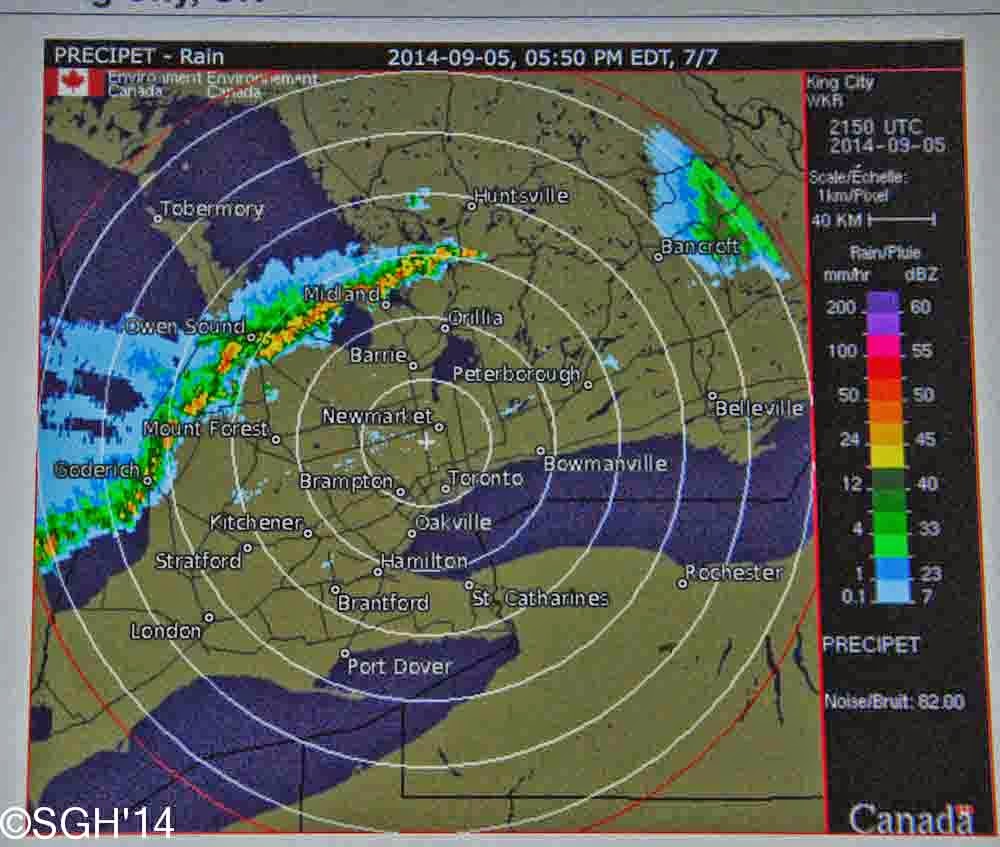 At that point i hurried inside to check the radar and see what was coming.  It was a long line of thunderstorms stretching all across southern Ontario, moving souheast.  We're located  about halfway between the city of Owen Sound and the 'N' of Newmarket. 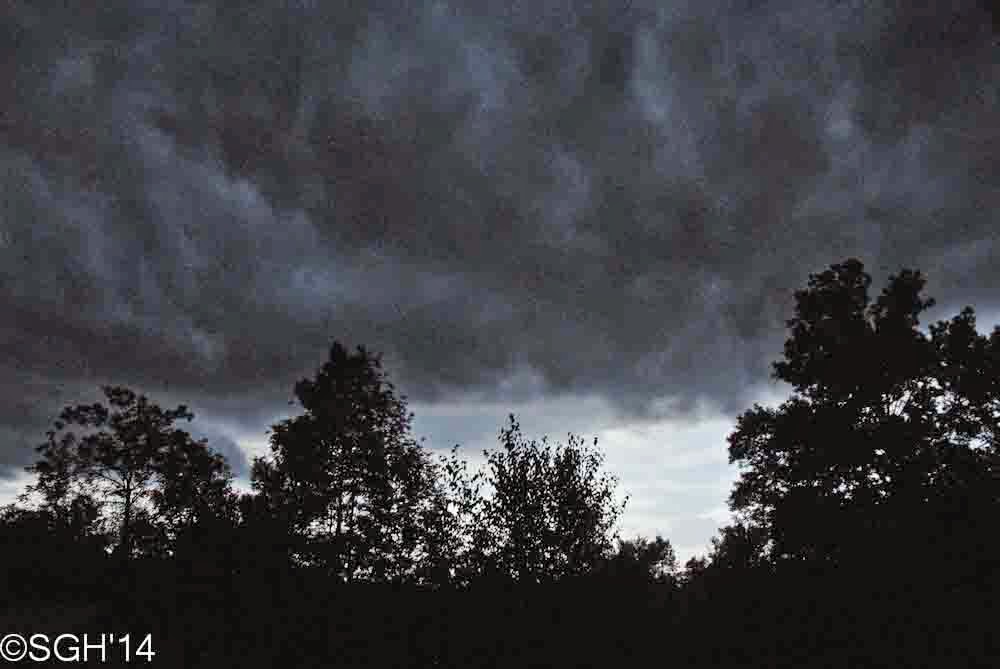 Within minutes the last of the light late afternoon sky was vanishing to the south. 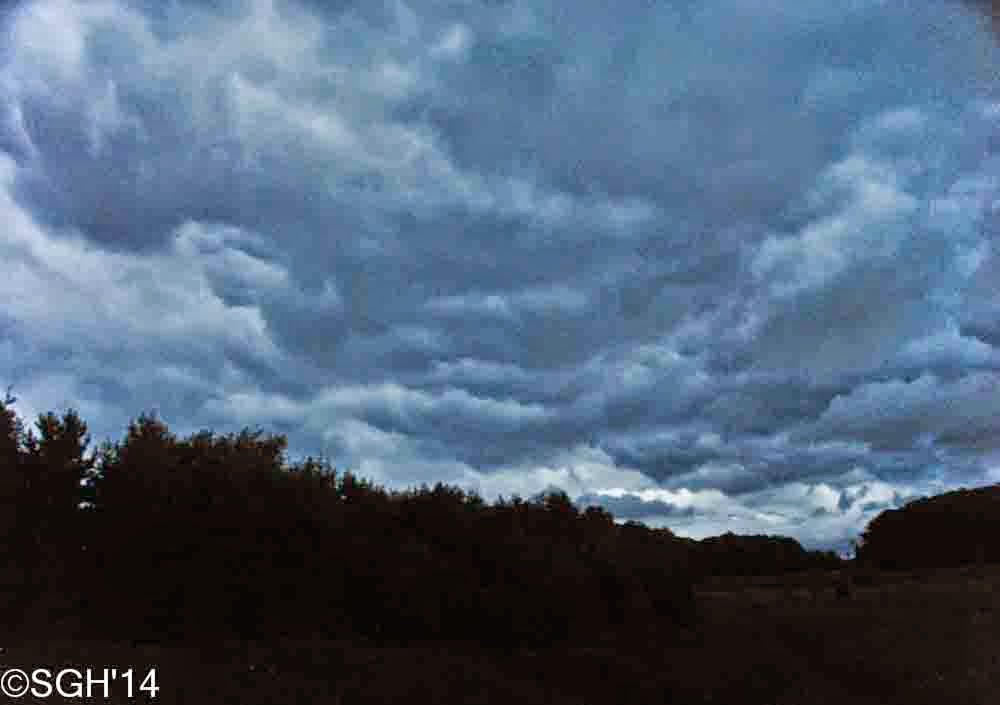 The dark and stormy clouds were rolling over the entire sky. 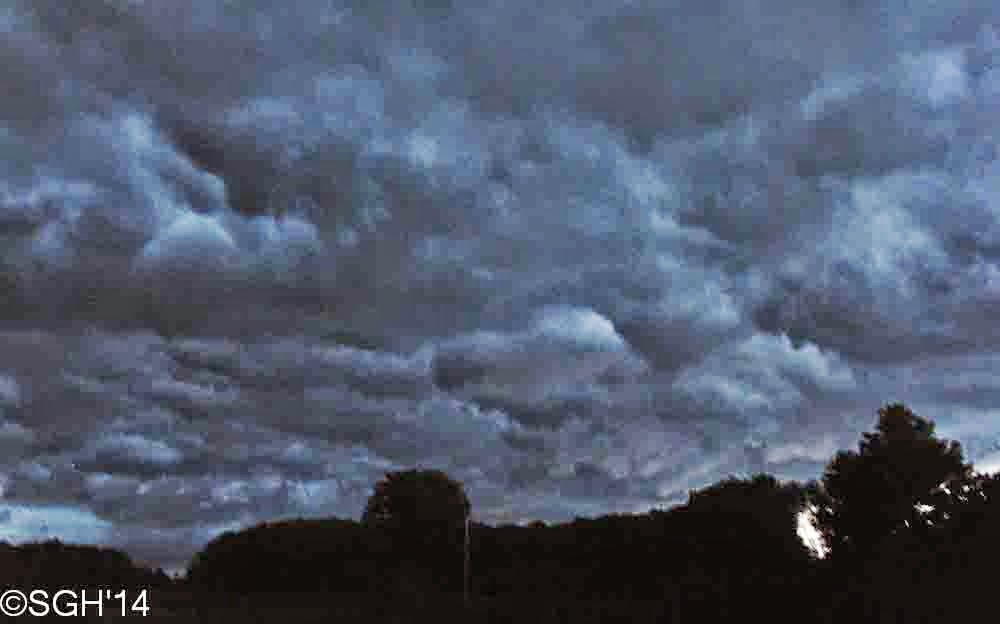 At this point the rain began and quickly became a heavy downpour with thunder and lightning that continued for an hour or more.  I retreated inside.  I actually lightened some of thes photos trying to capture what I really saw.