Today I discovered the Thornbury Fishway, a modern fish ladder built into the dam on the Beaver River at Thornbury to help the Rainbow Trout and Chinook Salmon migrate up the river to spawn.  I've been past this place on the highway bridge perhaps 100 times, but never stopped to look, not realizing I was driving right over top of such an interesting place - it's right under the highway bridge just east of the traffic light! 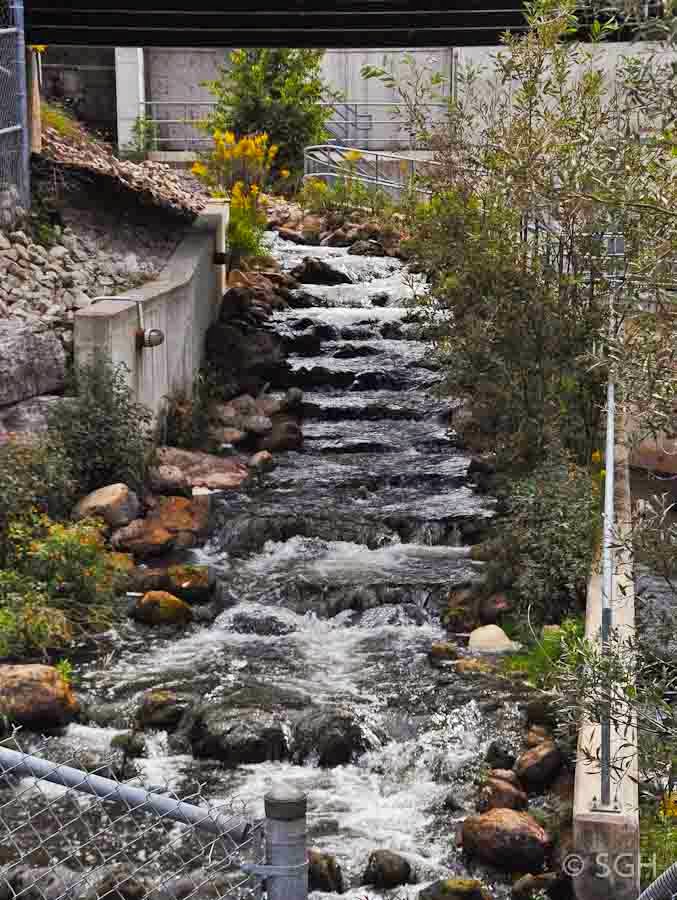 This is what the fishway looks like.  Unlike many, which are constructed with concrete baffles to form steps for the fish, this one is built to look like a natural stream, (from the fish point of view).  It was built in 2003. 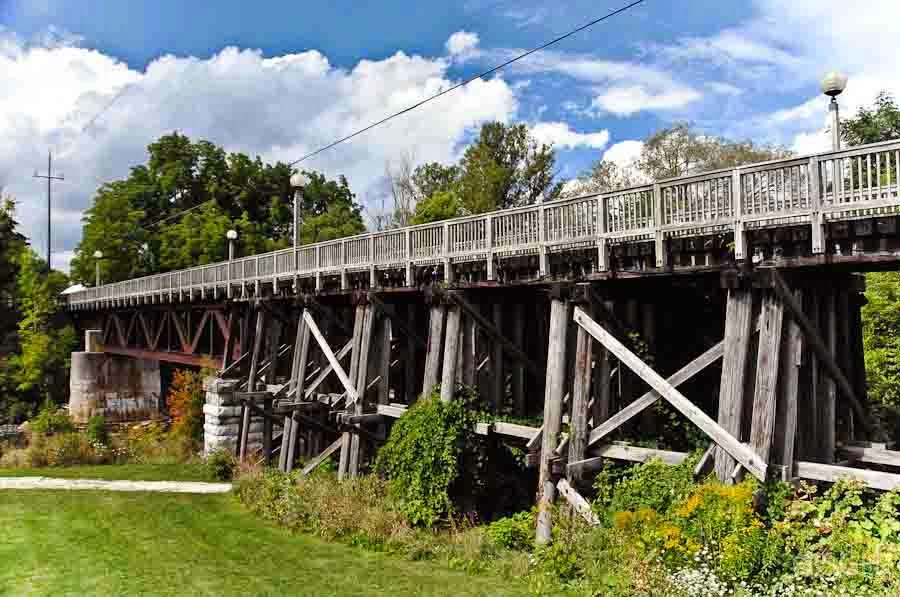 The dam and fishway is just upstream of the old railway bridge over the Beaver River, now a popular pedestriam/bicycle trail from Meaford to Collingwood.  The entire area is a park, with several explanatory plaques, both about the history of the old mills and earlier dams that stood here, and the modern fishway. 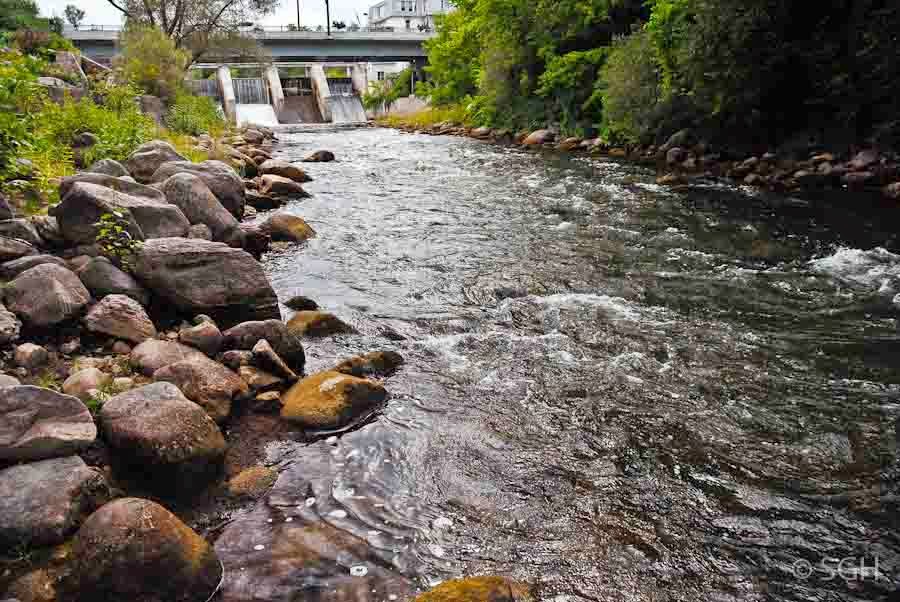 Looking south from  near the railway bridge, the Beaver River is coming downstream, flowing north into Georgian Bay, so the fish are swimming south when they approach the dam. 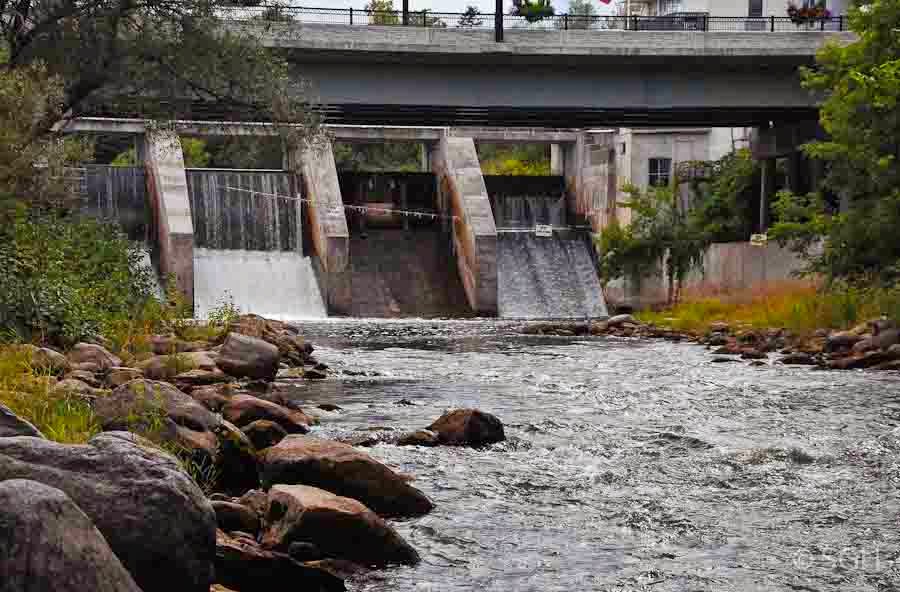 The dam itself is totally impassible, but the watershed upstream is very high quality for fish spawning, with cold water and clear beds of gravel.  So the fishway was built on the left here, just out of sight, to provide a way around the dam. 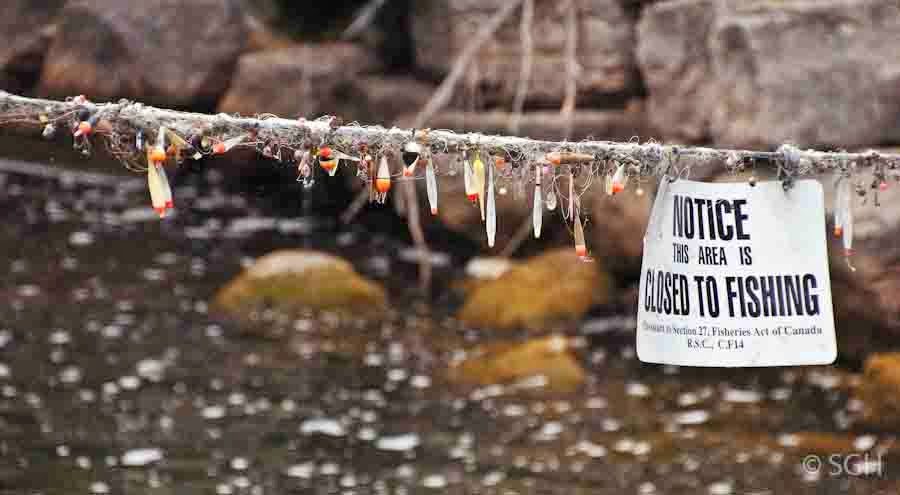 Fishing is allowed from the bay up to the signs across the river just downstream of the dam, but as you can see from the collection of lures hanging on the cable, the fishermen get as close as they can! 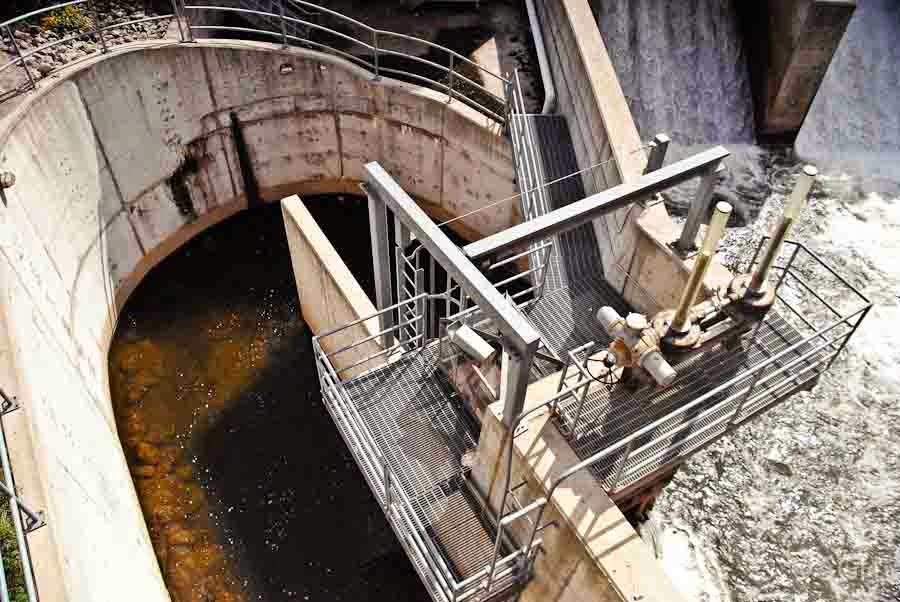 This is the beginning of the fishway, looking down from on the bridge above.  The fish enter on the right, swim round the bend, and head upstream.  This part looks pretty artificial. 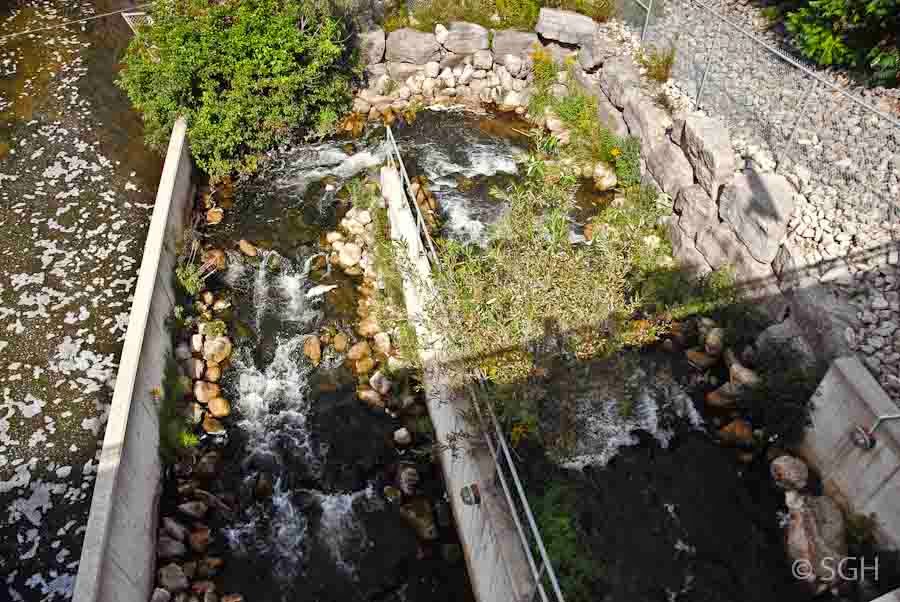 'Upstream' means swimming up the fishway, round the bend, and on upstream underneath the bridge.  At this point, the actual channel looks much more natural. 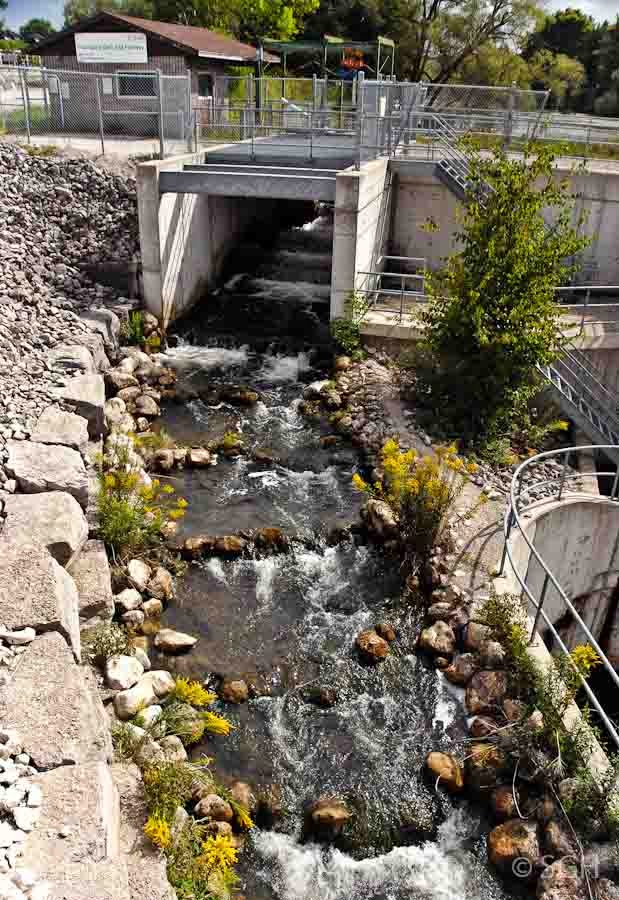 Then they come out near the top, and eventually escape into the millpond beyond the dam.  I've seen a number of fish ladders (including one in Alaska), but this is one of the most interesting, as the channel is so natural in appearance.

And it's all open to view for anyone visiting.  In fact, the town has gone to a lot of trouble to make this an interesting place to visit.  No fish today, but hopefully I can return in the coming weeks and bring you some pictures of migrating salmon!


Linking to Nature Notes
Posted by The Furry Gnome at 9:12 PM