Returning and more active birds are undoubtedly the biggest sign of spring for me.  We had very few birds visit our feeders through the winter, right into early March, but since then they've been quite active and a few new ones have appeared, back from the warmer south. 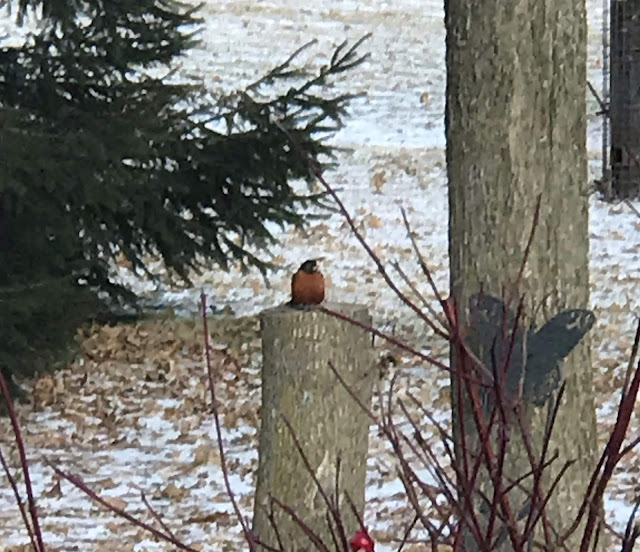 Robins are the most important harbinger of spring for me; this one seems to like the top of this stump, sitting there several times. 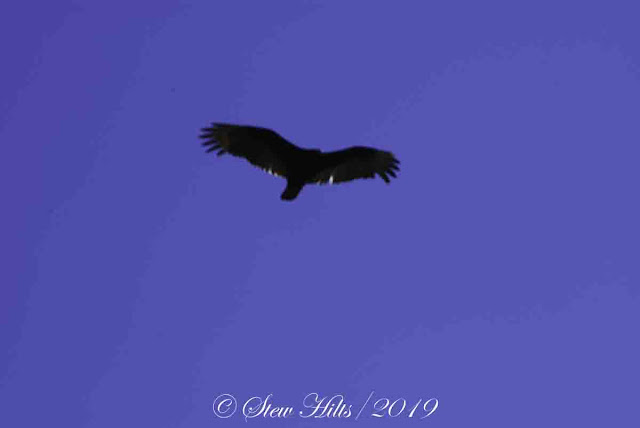 Turkey Vultures are rapidly joining Robins as the earliest returning migrants we see in the spring.  This is an old picture, but we saw one ten days ago, and have seen them soaring over the neighbourhood several times since.  Don't forget the Sand hill Cranes and Tundra Swans we saw on our drive to Barrie either.  And a friends reported a Great Blue Heron yesterday. 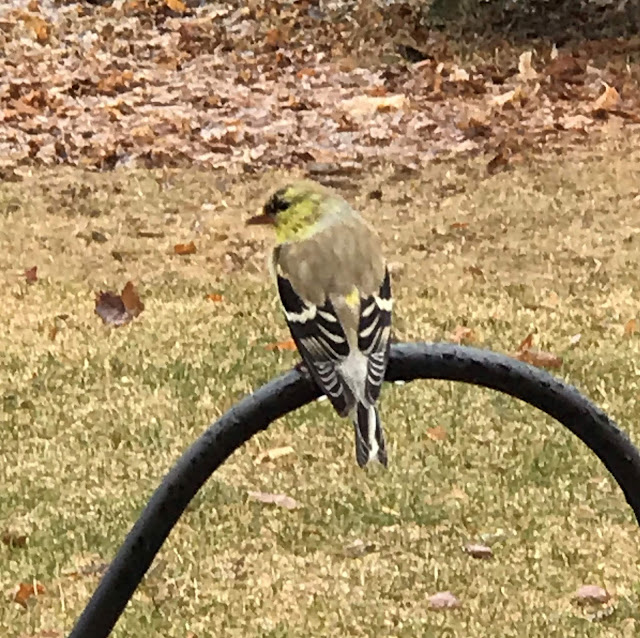 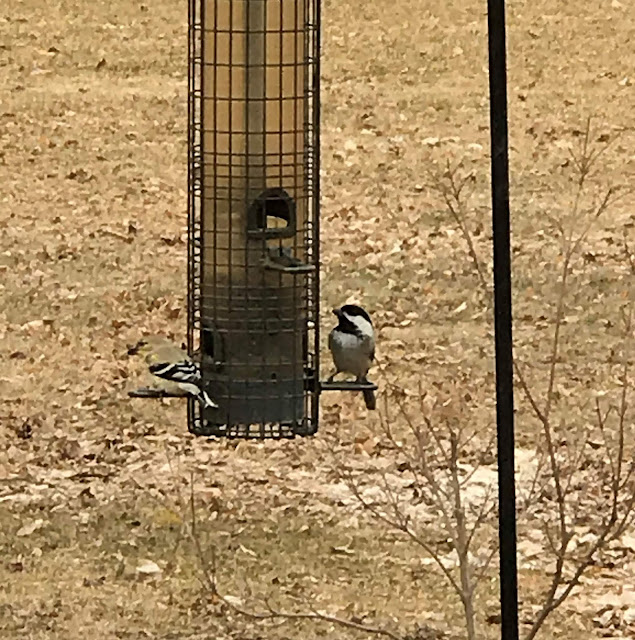 The Goldfinch and Chickadees have been hear all winter, but they're certainly more frequent and active now.  And the Goldfinch are turning into their summer yellow plumage. 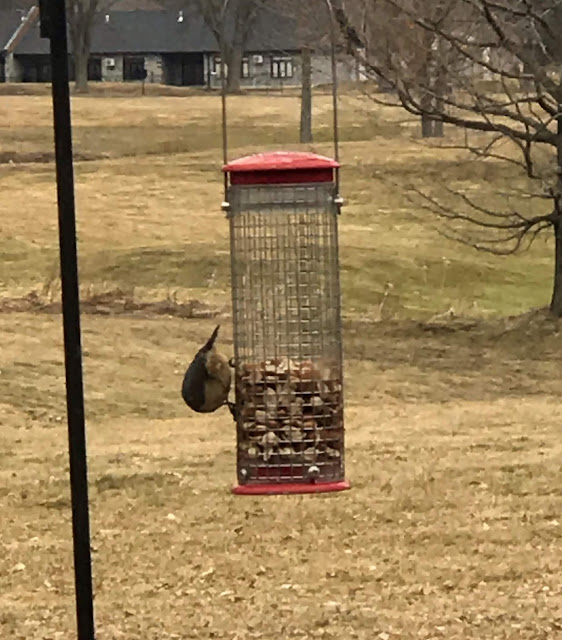 How's this for the hind end of a Red-breasted Nuthatch? 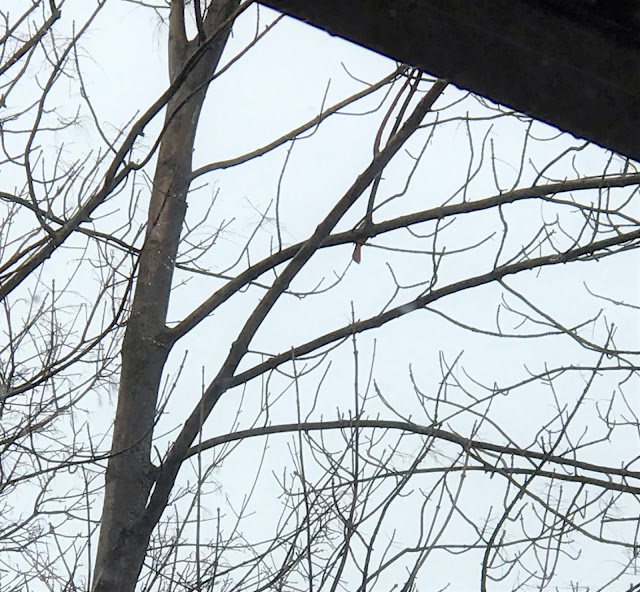 And this for a distant silhouette of a Cardinal up high in a tree.  We've hardly seen them all winter, but now they're singing like mad around every corner in the neighbourhood! 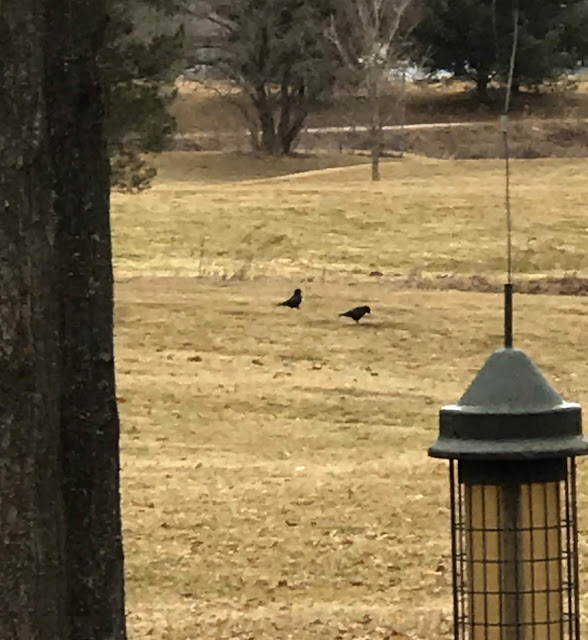 The Crows are much more active, flying past frequently.  I suspect a pair is nesting in the tall Scots Pines across the golf course. 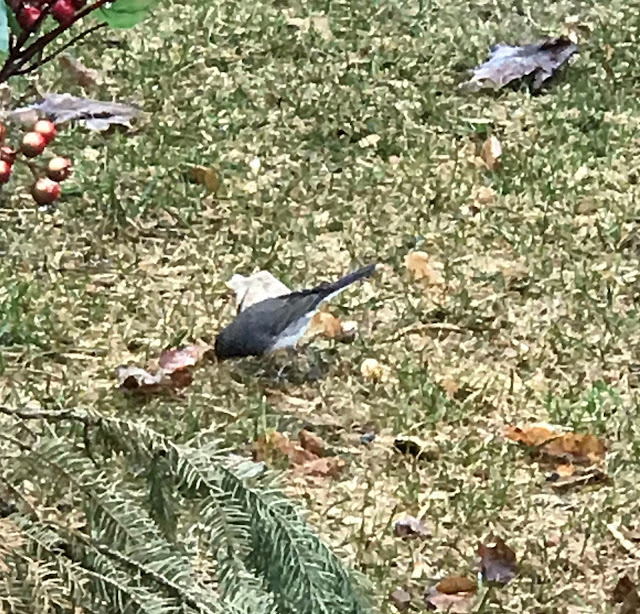 Dark-eyed Juncos have appeared finally.  We usually see them in the winter, but not this year.  They only re-appeared ten days ago.  They will disappear again soon, flying north to nest.

A small flock of Starling has been flying around, and landing to forage out on the golf course.  We've seen Grackles and Red-winged Blackbirds in the yard too. 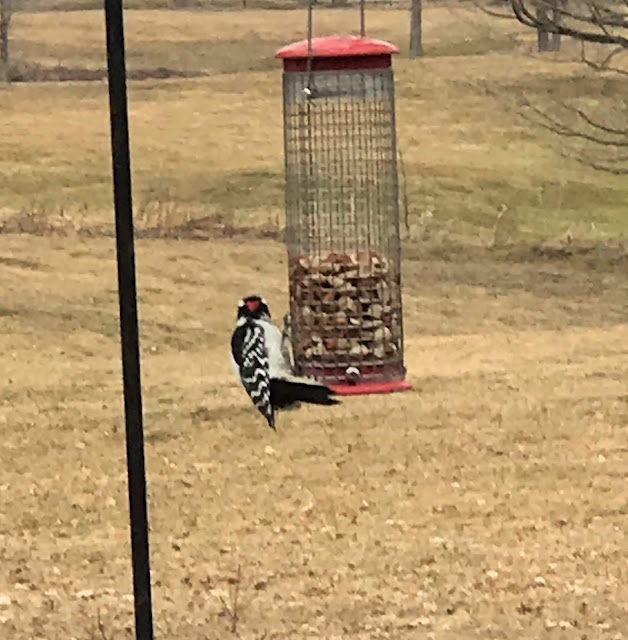 This is my fsvourite.  I have two dozen pictures of this fellow, mostly twisted around behind the bird feeder.  But in this one he turned and looked straight at me.
Posted by The Furry Gnome at 11:06 AM