I've been Thinking about Barns

On our drive to Barrie last week I was struck by the number of barns that were starting to look dilapidated or where they were missing entirely.  Coincidentally, this week's local newspaper had an article on an organization known as Ontario Barn Preservation, lamenting the disappearance of the century old original barns in southwestern Ontario.  That got me thinking about barns. 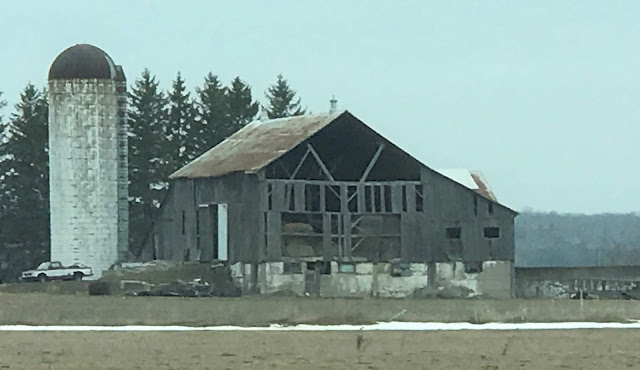 This was in the middle of the fields where we saw the Sandhill Cranes.  I suspect it's just a rural non-farm residence now and the barn is being neglected. 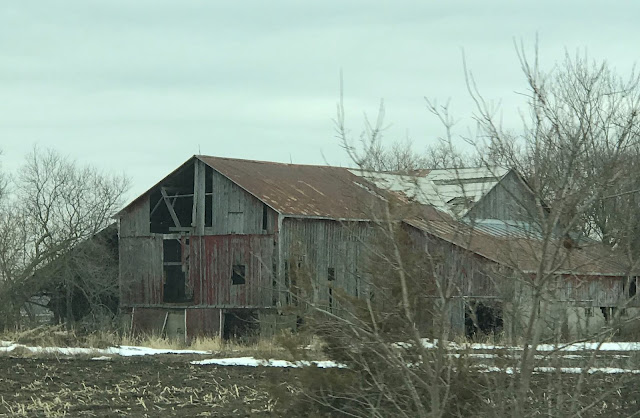 Down the sideroad was this old barn, which looked like it needed some maintenance. 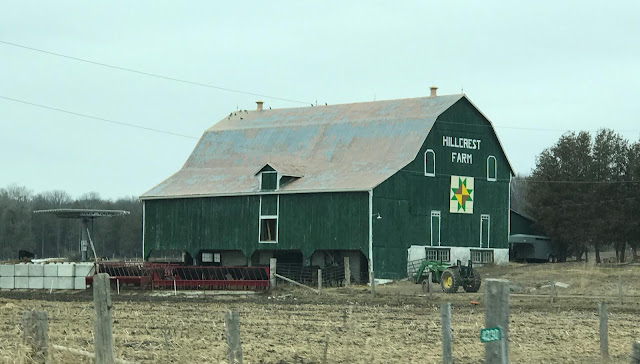 I don't want to portray it all negatively.  This was a nice barn still in use and being well cared for. 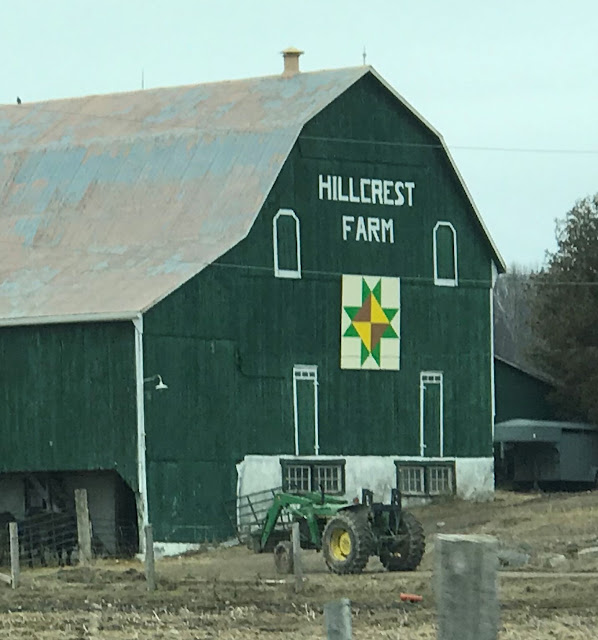 It even had a colourful barn quilt on the end. 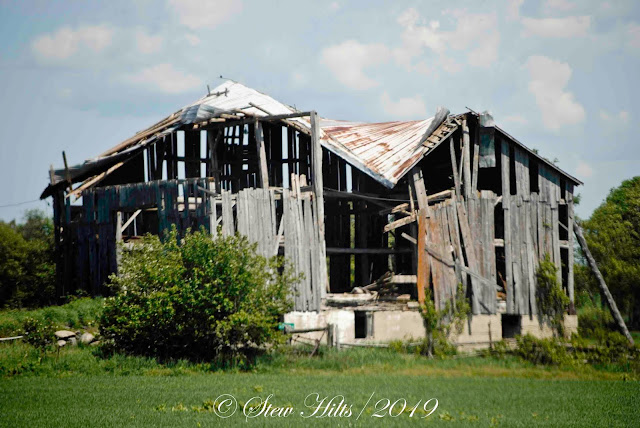 So those 3 barns sent me back to look through the 200+ barn photos I've accumulated over the past 10 years.  I'm pleased to say that there were relatively few that were looking dilapidated or about to fall down.  But this was one near our old home that we watched slowly disintegrate over about 8 years. 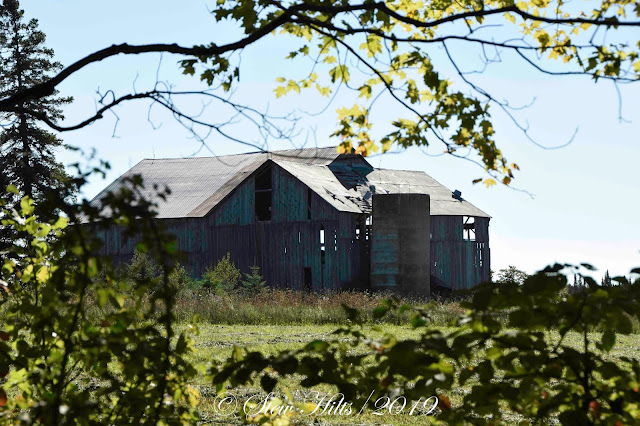 At first glance this barn looks stable, but if you look closely through the gaps, mush of the back wall is missing.  It;s gone now. 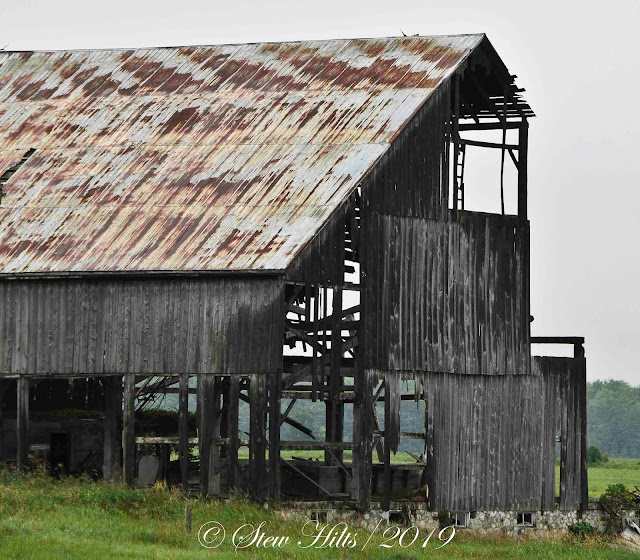 This one is obviously on its last legs. 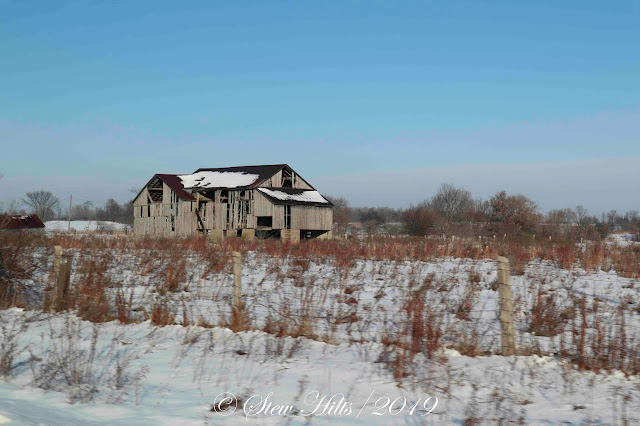 Thjs barn is in the village of Heathcote. 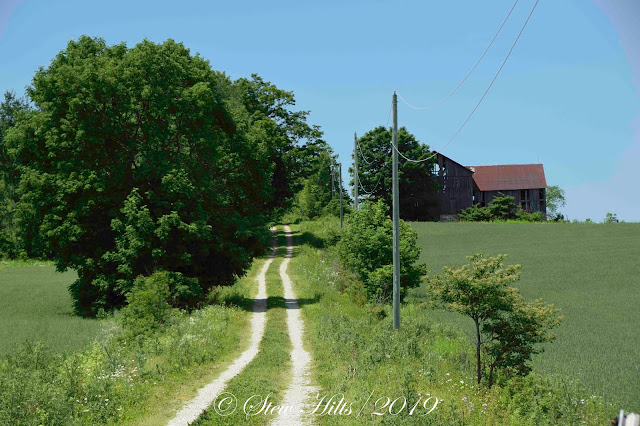 And this one that I drove by for several years has now collapsed.

But I'm thankful to say that I have pictures of many more old barns that are being maintained, or have been restored.  Over the next few days I'll share some of those and my thoughts about the future of barns in Ontario.