One group of barns I have seen renovated is barns owned by rural non-farm owners.  These might be weekenders, retirees from elsewhere, or people with deep roots in the community who have lived here for decades.  I got to know several neighbours near our former home who renovated their barns, so I have a bit more familiarity with those than from just driving by. 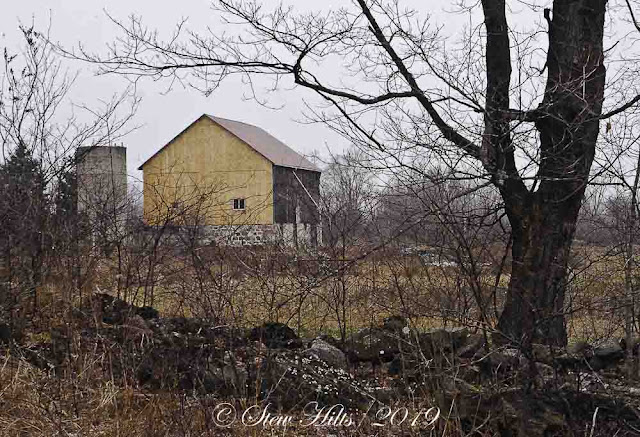 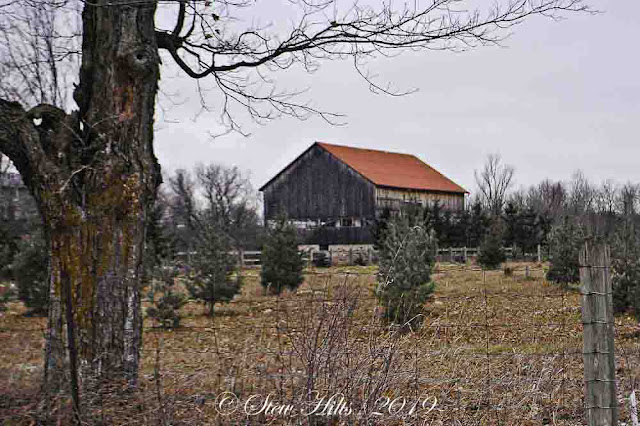 These barns have some new siding and a new roof; they were just around the corner from us. 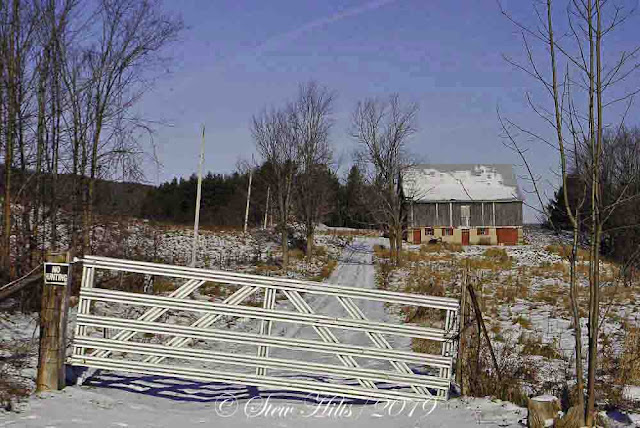 This is one of my favourite barns, in a spectacular setting down in the valley.  It is simple being maintained by replacing boards as needed but I really like how they've painted the doors bright red. 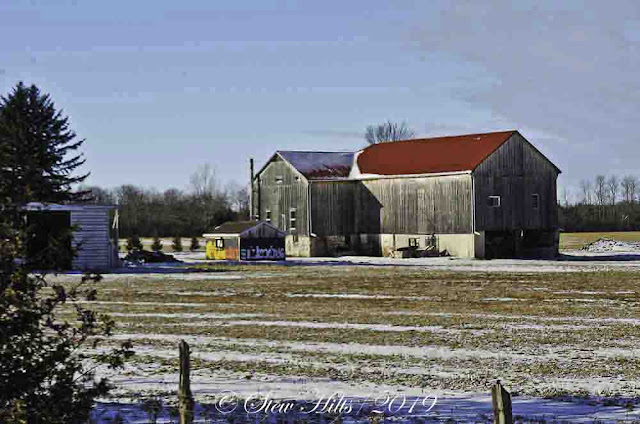 Another friend around the corner uses his big old barn for storage, mainly of wood for his woodworking projects.  That part on the left with windows and a pipe for his wood stove pipe is his woodworking shop.  At some point he replaced the siding too. 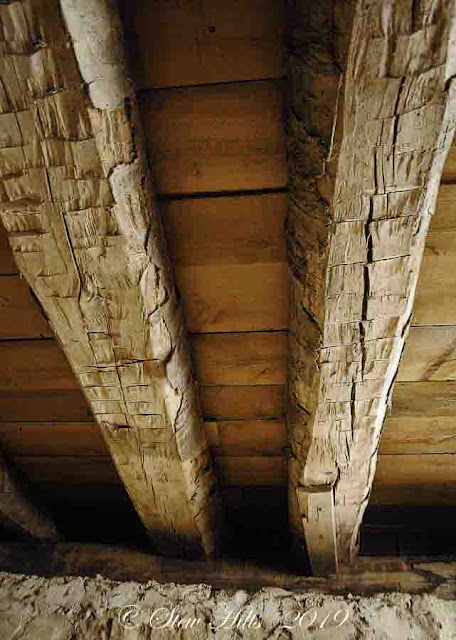 When another friend was renovating their small barn to allow for barn dances, I got to have a close look inside.  These old beams show the original adze marks. 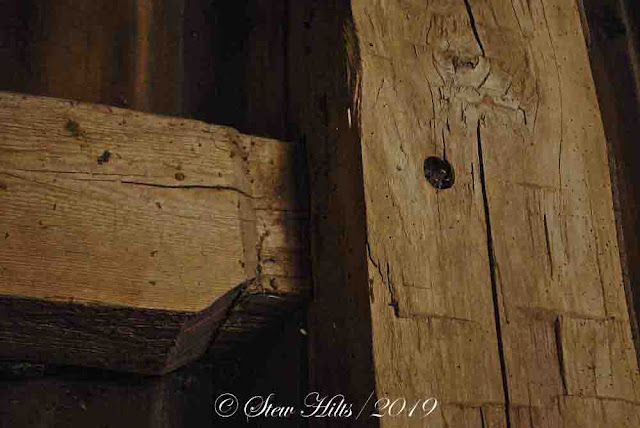 Looking at the framework of timbers that make up a barn we are often unaware of the very strong mortise, tenon and peg joints that have enabled these barns to stand for 100 years.  You can see the tenon on the beam to the left (the part where the beam has been cut down) disappearing into the mortise (or slot) in the upright post here, as well as the end of the peg used to secure the joint.  A close look gives a little more meaning to 'post and beam' construction! 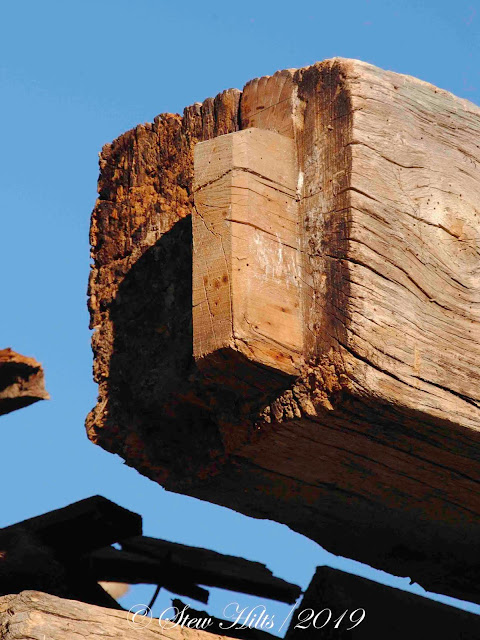 The end of this big beam, removed from another barn being rebuilt, shows the tenon that was created on the end of the beam where it fit into the mortise.  I think I've learned a lot about timber frame construction just by taking a close look at two old barns being renovated. 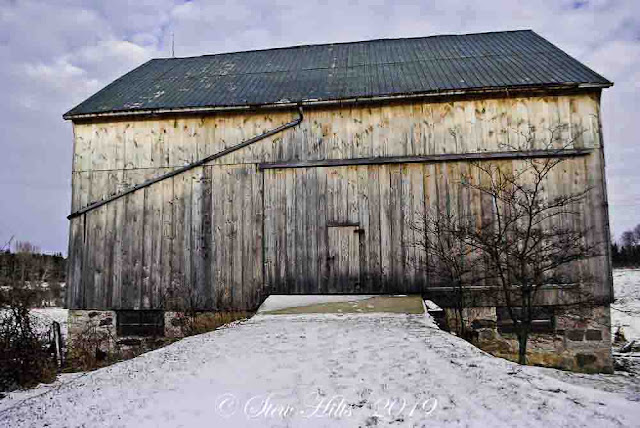 This is my friend's barn with its new siding as well as a new interior floor for those barn dances.  Well done I'd say for these rural non-farm residents saving at least a few of the old barns.