Just northwest of Meaford is the `Tank Range`, `The Base`, or the 4th Canadian Division Training Centre of the Canadian army.  It was established in 1942 during WWII when the Canadian government needed additional training grounds for the use of tanks, and hence it got the local name of the Meaford Tank Range. 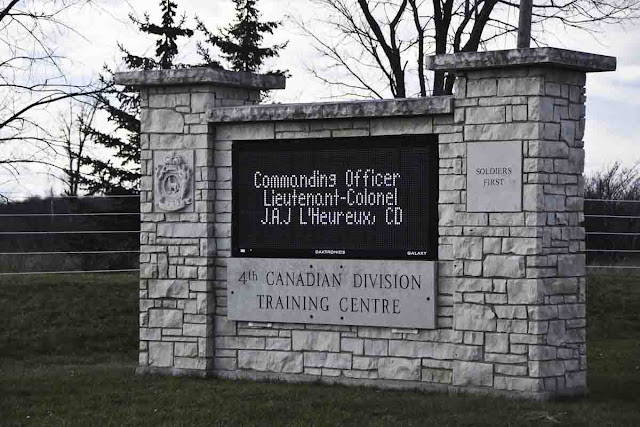 To acquire the land base, the government expropriated 17300 acres, all of it old farms, cottages and homes.  There were three churches, several schools and two small summer hotels.  Feelings were certainly mixed according to the reports I`ve read.  There was a strong feeling of doing your duty by being patriotic, but at the same time there was no assistance in finding new farms to move to, or for the actual move itself.  Resentment remained for years.  All the buildings are gone, but the army has protected the small rural cemeteries. 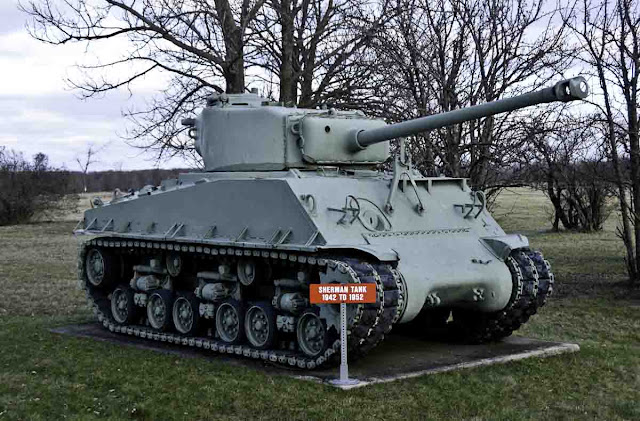 I just drove in one day and went to what I thought might be the office.  I had been once before on a bus tour, and found it very interesting, and we hear the guns especially on summer weekends during training exercises. 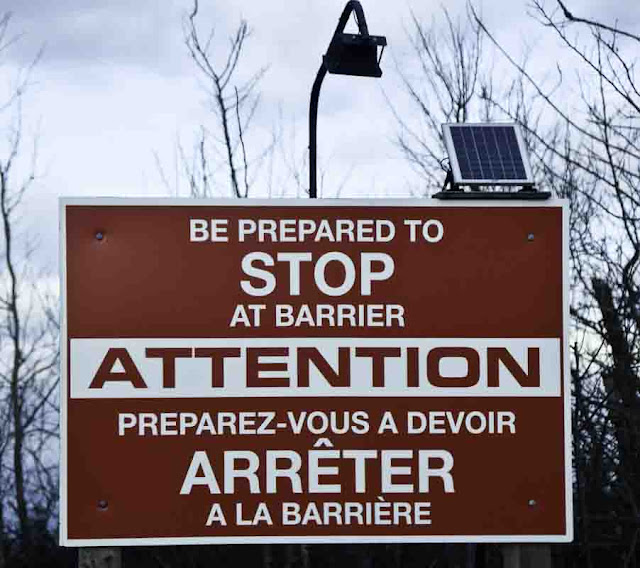 I was expecting to be stopped, but wasn`t, and found no obvious information office either.  But one of the soldiers working in the base office took a few minutes to talk to me, and I`ve since read the little I could find out about it. 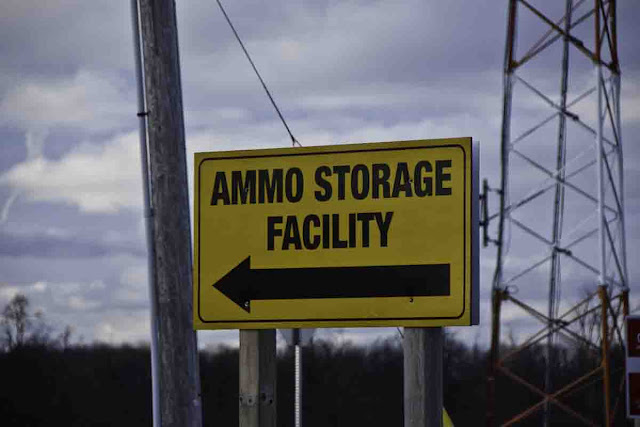 The base is now the major on-the-ground training centre for the army in this part of Canada, especially for artillery of all sorts.  Both regular army soldiers and reserves come here for training.  There are large dormitories and space for many tents if needed.  On average 600 soldiers are here for training in any given week. 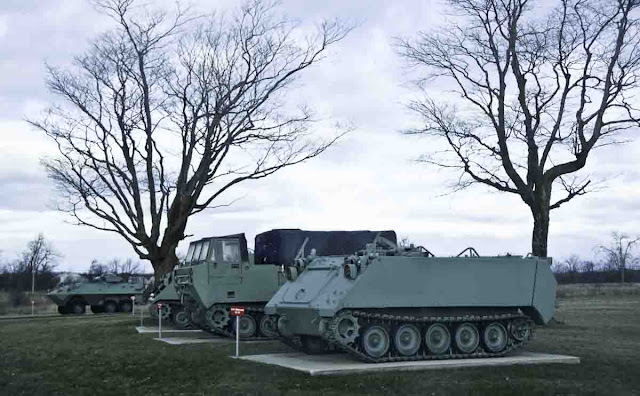 At one stage the base almost closed, but within a short time it was reactivated, and more recently millions have been invested in buildings and equipment.  These tanks and armoured personnel carriers that are no longer used are on display at the entrance.  This base has no accommodation for married officers, so those families live in town, perhaps creating a closer connection to the local community. 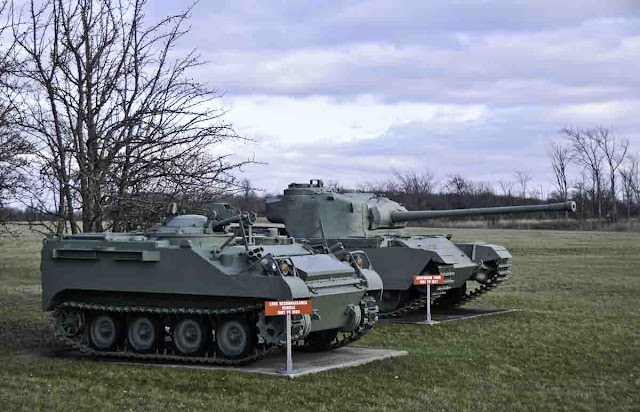 A number of groups beyond the Canadian army use the based for a variety of training purposes.  Military units from several other countries have been here, as have police forces and emergency personnel.  In early November shortly after we moved here we heard a lot of loud explosions.  Turned out that for two weeks they were doing bomb disposal training. 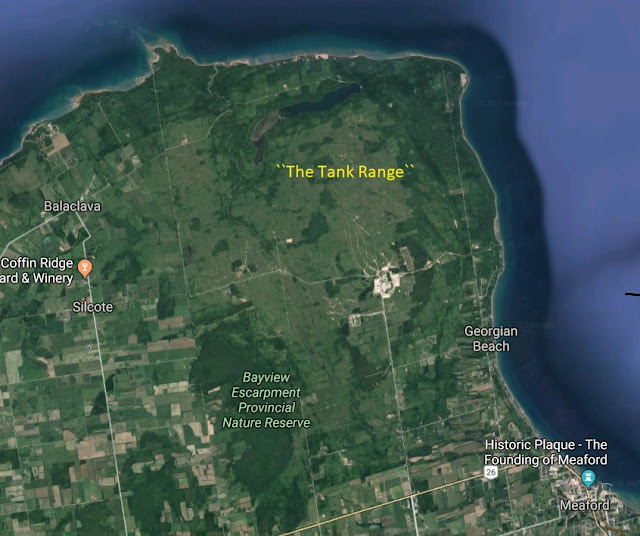 What fascinates me is the landscape of the base.  The big largely blank area in the north half of this chunk of Google Maps where the pattern of farm fields is missing is the area, surrounded on two sides by the shoreline of Georgian Bay.  The northeast point is Cape Rich.  Although a lot in the centre is open field, the cliffs of the Niagara Escarpment curl around the right hand side, and another area of claybanks forms the shoreline on the north.  You can see Mountain Lake too.  I`d just love to be able to explore the area, but of course I can`t, so looking at a map is the best it gets.  But I do hope I can find a tour to go on in the future.

I`ve started experimenting with the advice you gave me a few days ago about creating maps like this.  This is a screen capture off Google Maps using Microsoft`s `snipping tool`, which worked very easily.  I labelled it using Microsoft Paint, which was a little more awkward, but worked.  I`m going to look at some other types of software for marking up such images.  So thanks again for all the free advice!
Posted by The Furry Gnome at 7:00 PM