We woke to find that the snow squalls had left another 5-6" on the driveway.  We headed out to start cleaning up, but before we got started, another neighbour appeared with his big snowblower and did the work for us!  This neighbours here are ready and willing to help each other! 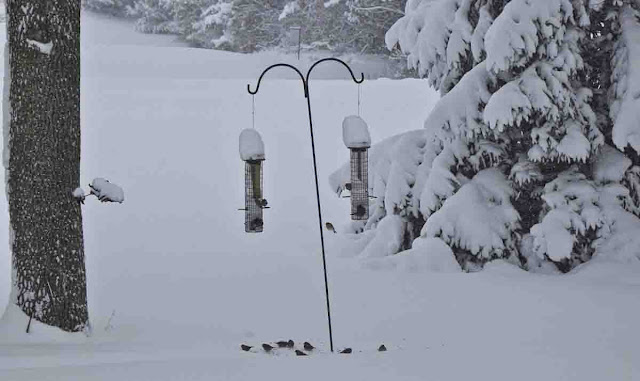 The Goldfinch were around much of the morning until eventually I put on the little snowshoes and slogged out to fill the feeders again.  The snowshoes just disappeared in the white fluff as I walked; it's at least 2 feet deep on the level now. 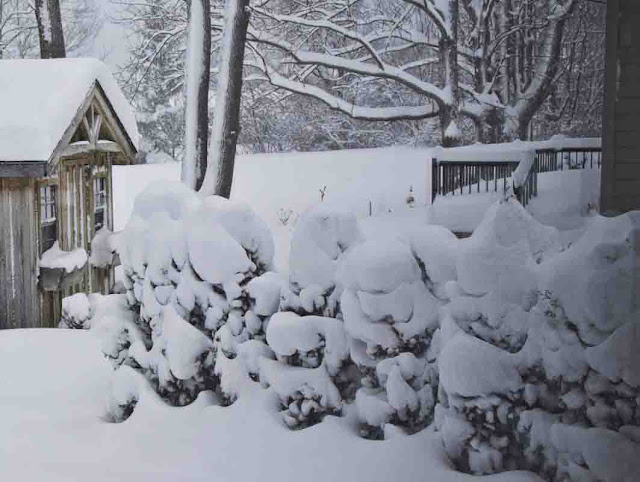 The neighbour's cedar hedge is covered, 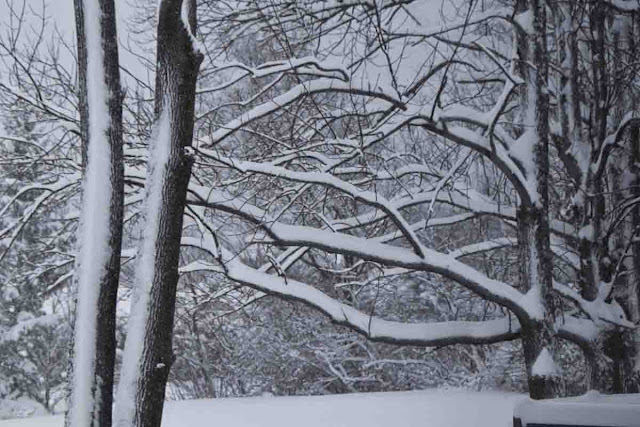 as are the next neighbour's trees. 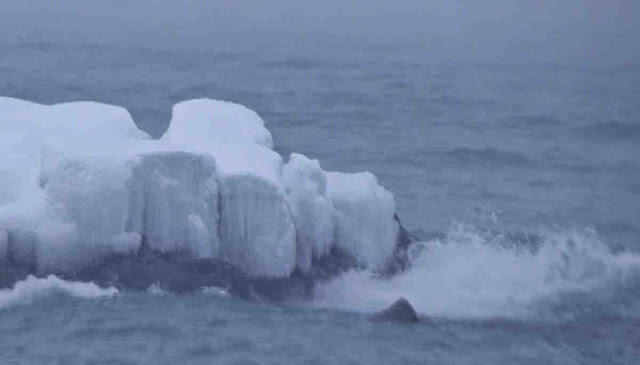 Eventually I made a snowy expedition downtown to the drugstore.  The town is snowed in, as if it's frozen in place.  Snowbanks everywhere are 3-4' high; the downtown sidewalks are only half their normal width.  Even our own front snowbank extends 5' out into the street.  Not sure where they're going to put all the white stuff!  But the waves just keep on rolling in relentlessly. 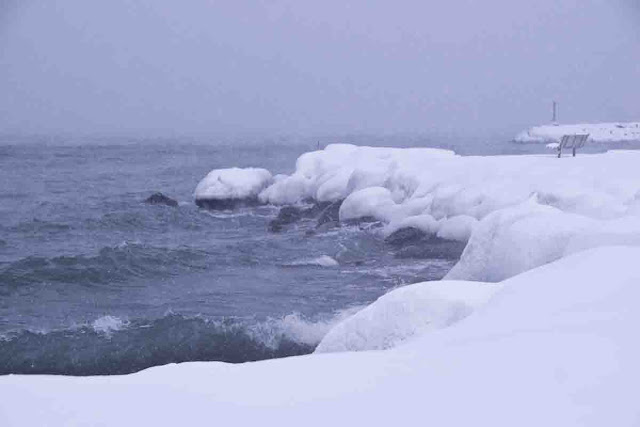 I did stop at the shore for a few pictures, and sensibly had put on my mukluks.  Never-the-less they disappeared as the snow rose above my knees while I struggled 50' to the shoreline.  Dark grey ominous waves were rolling in, with no horizon in sight out in the bay, just a blurred change from grey waves to grey sky. 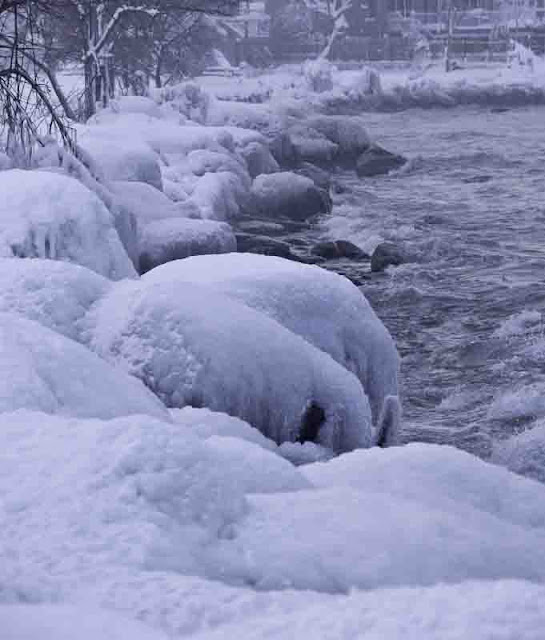 The boulders closest to the water were covered in ice.  Don't want to get too close to that waterline! 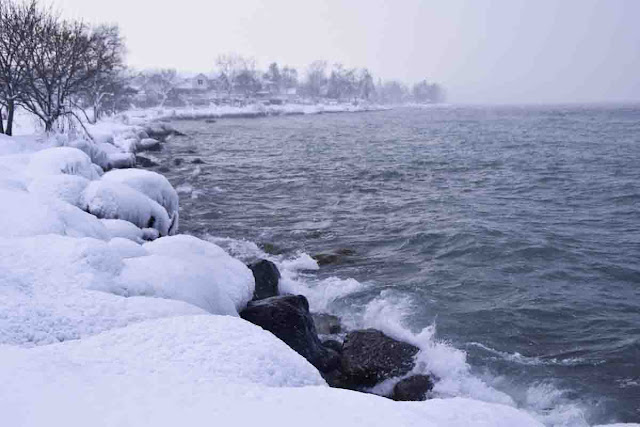 An arctic wind was blowing, so I didn't stay long to take pictures, but I got a few more photos to add to my collection on the moods of Georgian Bay.  The forecast is for more of the same for another entire week, while temperatures hover between -20 and -10°C.  The polar vortex has arrived.
Posted by The Furry Gnome at 7:50 PM