You'll be glad to hear that we are getting some actual sunny breaks in between the almost-continuous snow flurries.  And when the sun comes out on this white landscape, it is beautiful. 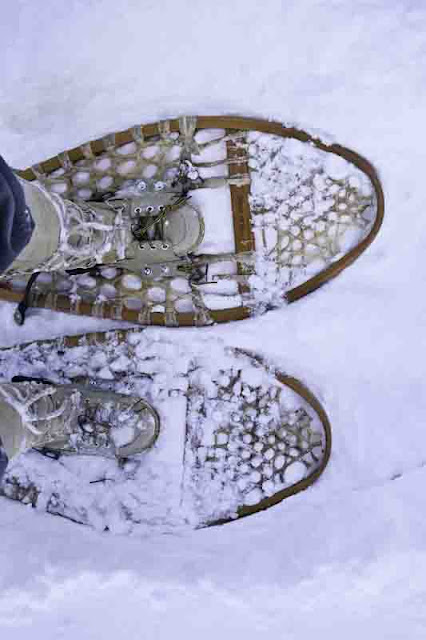 It was late afternoon and the sun did come out for awhile.  I thought I might even catch a sunset, so I dug out the big snowshoes and headed out back onto the field. 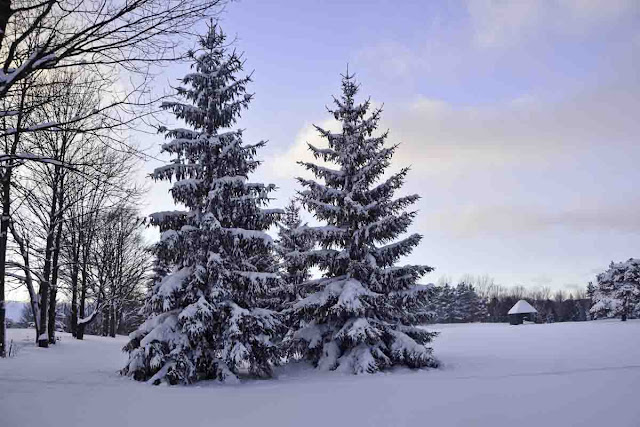 It was getting close to 5, and dusk was beginning, but there was some nice blue sky overhead. 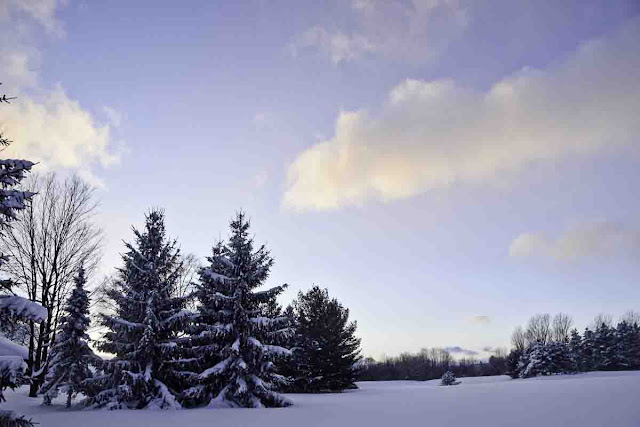 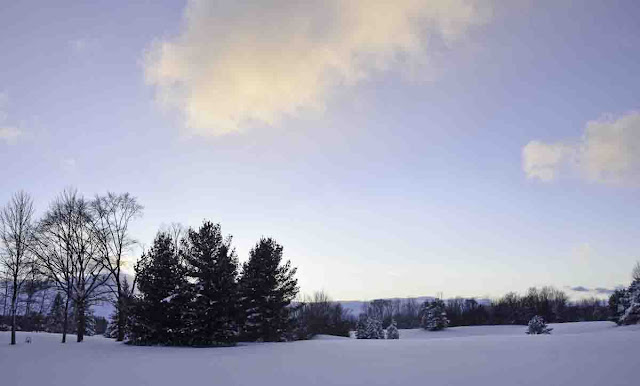 The sun had ideas of its own though and just plunged abruptly behind a distant cloud bank. 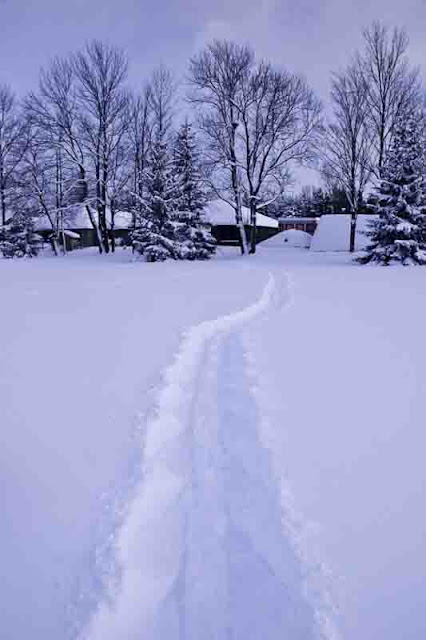 Meanwhile it was bitterly cold, so I quickly followed my trail back home.  After getting inside I checked the temperature and found it was -24°C with the wind chill - no wonder I was cold! 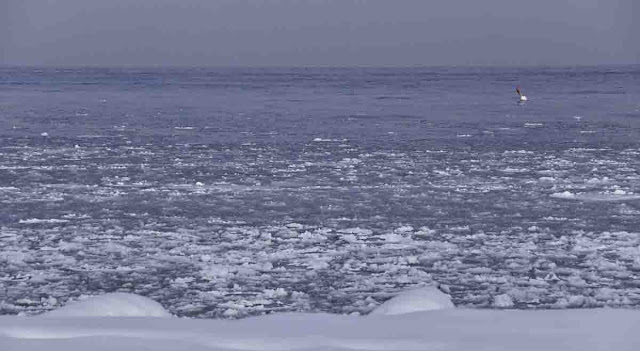 Today I stopped by the bay briefly, and found it in yet another of its moods.  Slushy ice is beginning to form in the sheltered cove at the shore as the water gets closer to the freezing level. 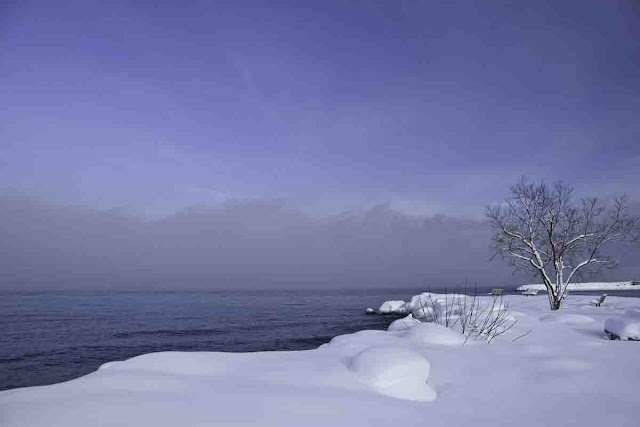 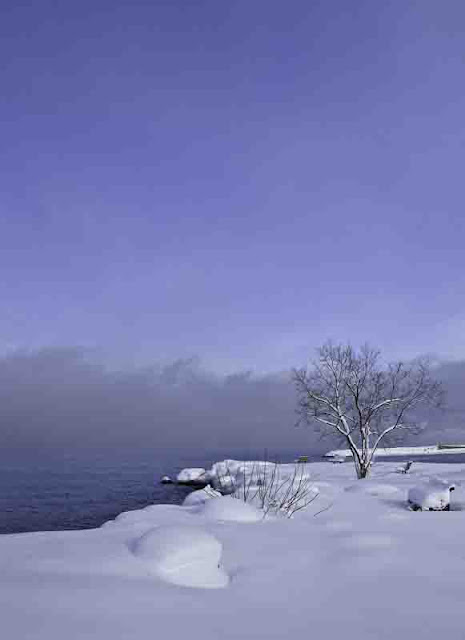 Meanwhile, out on the bay the classic winter fog bank has formed.  The water is still at 4-6°C, while the air is much colder.  The cold air picks up that (relatively) warmer moisture and a layer of cloud just sits there, with blue sky above.  If there were a steady directional wind, it would be bringing snow toward us.  About another week of these frigid temperatures to go and some record-breaking lows forecast!

A number of houses on the street have a snow-blowing service come by and clear their driveways.  We looked out early this morning to see that the snowplow had left a 3 foot high bank of packed snow across the front of the driveway, and shortly after one of those tractors was clearing our neighbour's drive.  I raced to finish dressing, pulled on my coat, and headed out to nab him while it was still early morning dusk.  Safe to say we now have a regular passing tractor to blow out the drive.  At least for this winter, that's a big relief.