We drove over to Owen Sound yesterday running errands - especially to get me an updated phone.  Now I have no excuses about becoming smartphone literate!  It was a beautiful sunny day and we stopped down at the harbour to see if any ships were in.

A few Ring-billed Gulls were huddled on the ice in the distance, looking very cold. 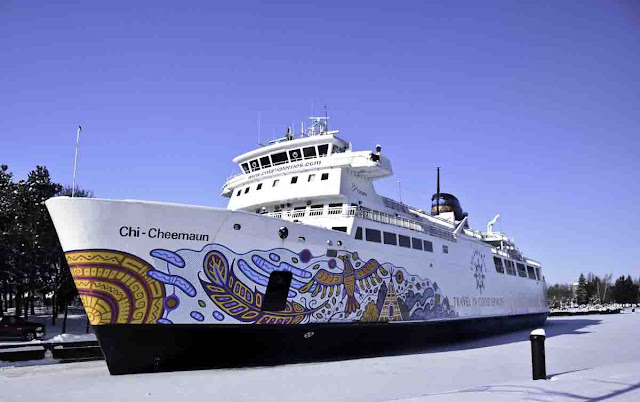 But the only ship in the harbour was the good old Chi-Cheemaun, the ferry that plies the gap between Tobermory and Manitoulin Island, with it's spectacular paint job!  It spends every winter here.

The designs on the ship are in the native 'Woodland' art style, a style now popular among First Nations artists in Ontario.  They were applied to the ship as decals, installed like wallpaper.  On the curved bow of the ship, that was quite a challenge apparently, but it worked.

The Woodland art style was founded by Norval Morrisseau, a native Ojibway artist from northwestern Ontario, and is considered to be a revolution in native art.  Morrisseau was dubbed the "Picasso of the North", and is considered one of the most innovative artists of all time for his depiction of native legends in colourful form - originally going against the elders in his own community.  It is one of three major traditions of native art in Canada, along with westcoast art and Inuit art.  Yet another thing I'd like to learn more about. 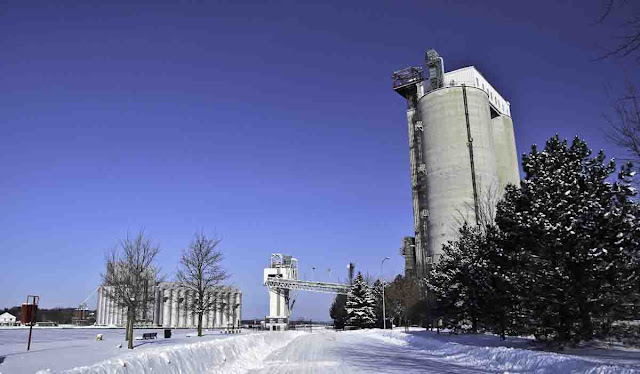 The last winter I was here checking out ships, there would have been three in this picture, but this year neither the grain elevator on the far side nor the cement dock nearby hosted any ships at all. 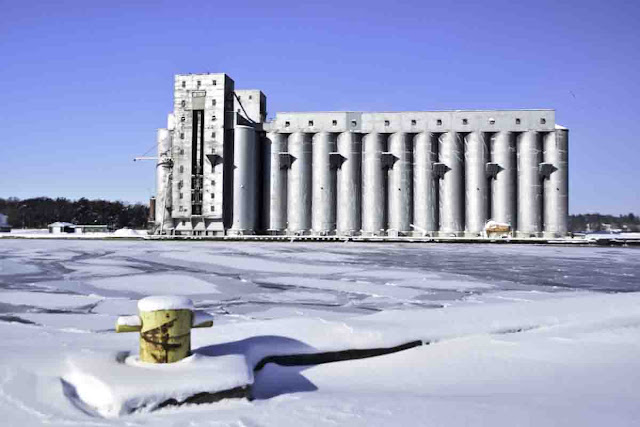 But as you can tell, a beautiful sunny winter day.

Ice patterns where the winter has broken up the thin floes and pushed them back together. 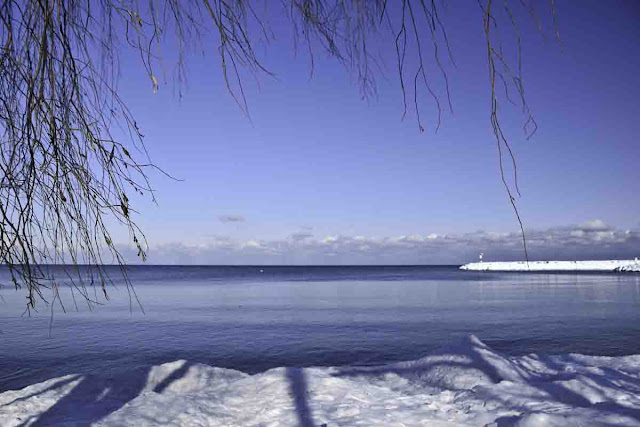 All the way home it was sunny - until we came over the last hill before Meaford.  Then a clear lengthy bank of grey clouds ran from horizon to horizon out over the bay.  That cloudbank over the still-warmer-than-the-air water of the bay seems to be a regular feature here.  Stopped downtown to get a picture for you. 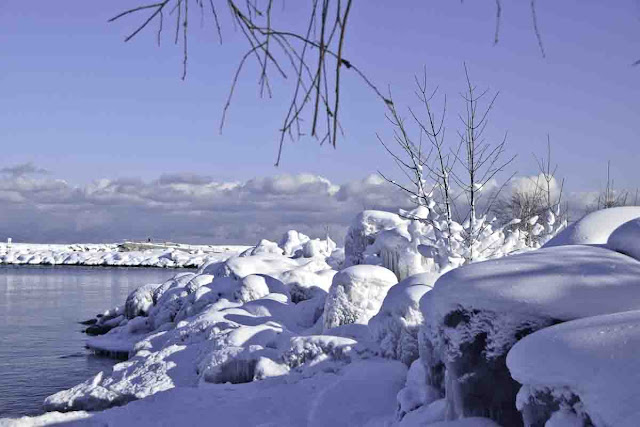 Lots of snow and ice piled up around the bay too. 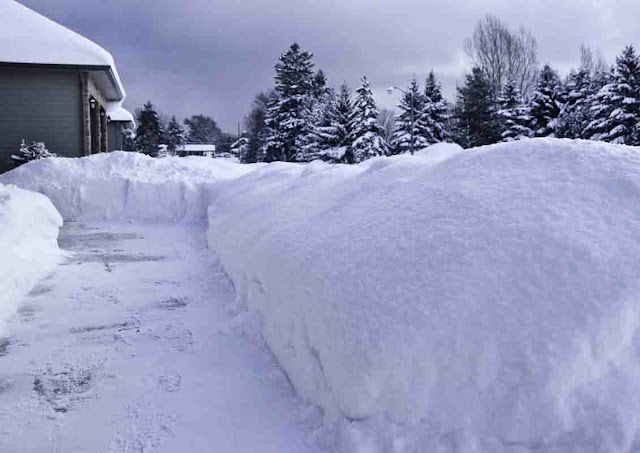 Meanwhile, back at home the snow is a little deeper than we're used to, all light fluffy snow that has not collapsed because of the continuing cold temperatures. 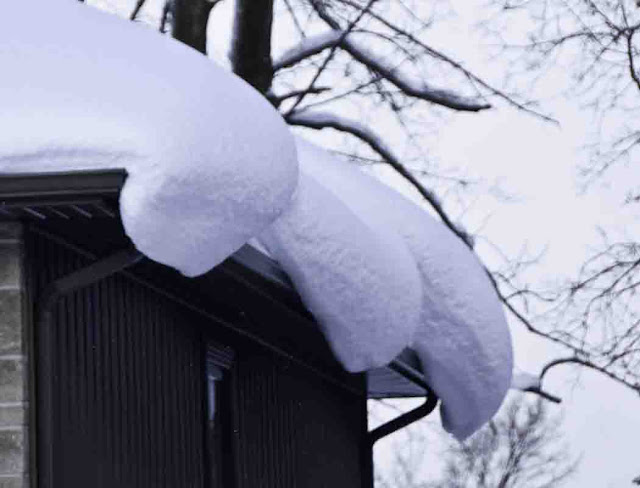 The snow hangs over the eastern eave of the house like a thick white blanket.  People are talking about the 'brutal cold weather' here, but it seems pretty normal to me.  Every year we get a week or two of bitterly cold temperatures, usually accompanied by blizzard-like blowing snow and zero visibility.  You have to be sensible enough to stay home!  And mostly stay inside.  As long as you have snow tires, and know how to let your car slide around the corners, driving is fine.

Good friends of ours, Gord and Cathie (I can tell you their names because it's in the title of their blog), have constructed a blog 'in retrospect' documenting their travels in camper trailers and now a camper van over the past several years.  So far they've posted their journals from six trips, from the east coast of Canada to Alaska in the west, and Arizona in the south.  I've read them all now, and it's really interesting to sit and read about one trip at a time, from start to finish.  Especially if you're planning similar trips, I think it would be useful reading.  Gord has a straight-forward friendly writing style, and illustrates their travels well with pictures.  Check it out - Travels with Gord and Cathie.