In Search of the Woodford Crevice Part I

I've been checking out nearby trails, and this was the closest piece of the Bruce Trail to where we now actually live.  And I read in the Trail Guide that there was an interesting crevice along this section of the trail, a crevice described as possibly 'claustrophobic'!  So a week or two ago I headed out for a short walk, though it was a dull and cold November day. 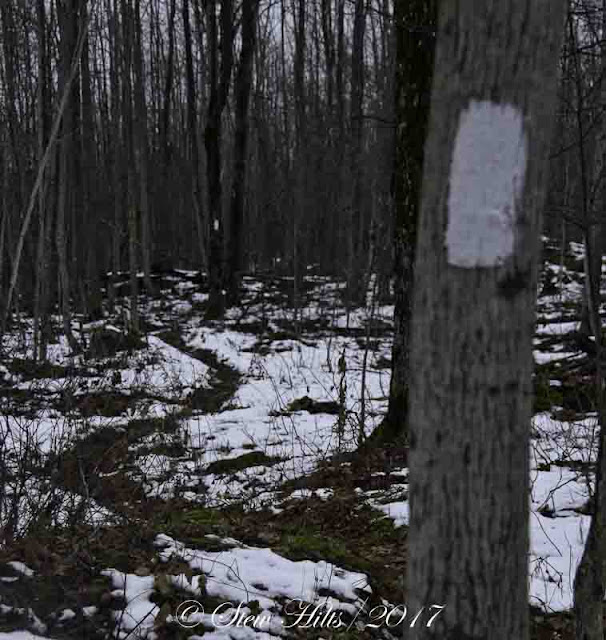 There had been a bit of snow the day before, but it was half melted.  I just followed the blazes along the obvious path. 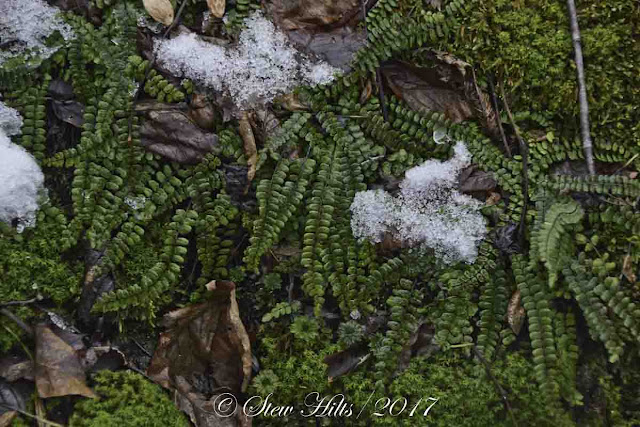 Many of the ferns that love the limestone rock are evergreen, like this Maidenhair Spleenwort, 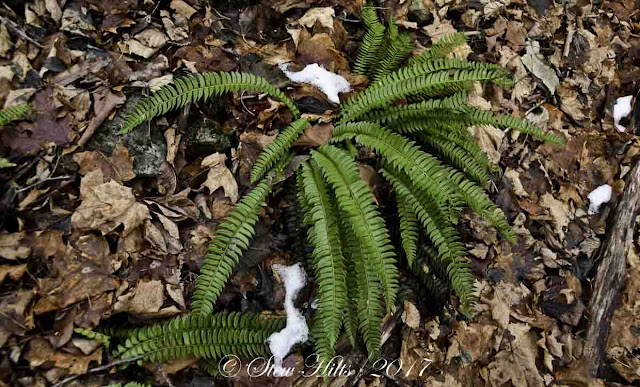 and this Northern Holly Fern.  They're common all along the trail here. 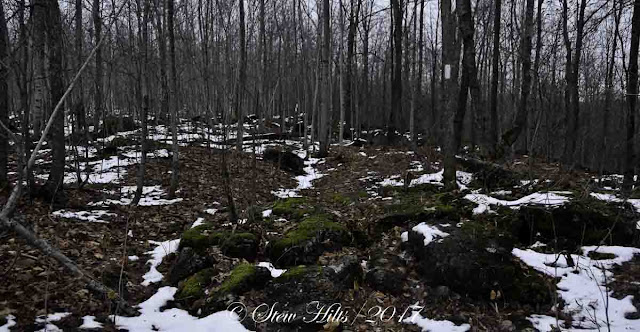 I have to say this was one of the rockiest sections of the trail I have walked, either bare solid bedrock, or loose smaller rocks that meant you had to be very careful with your footing. 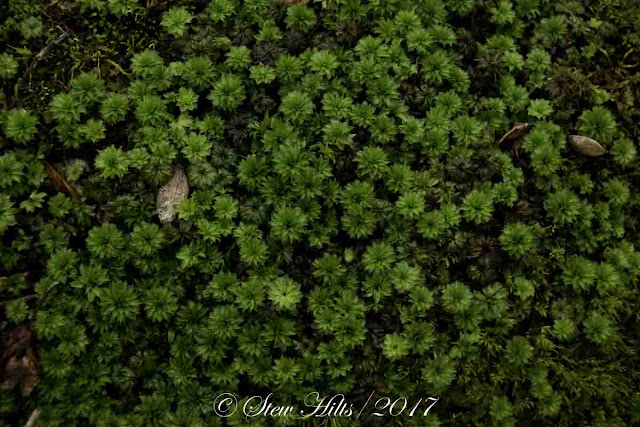 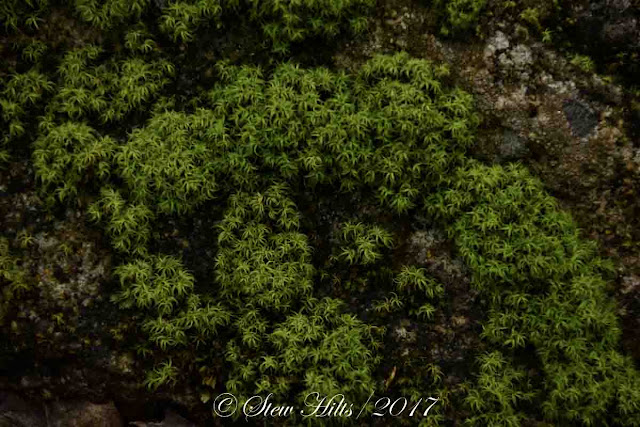 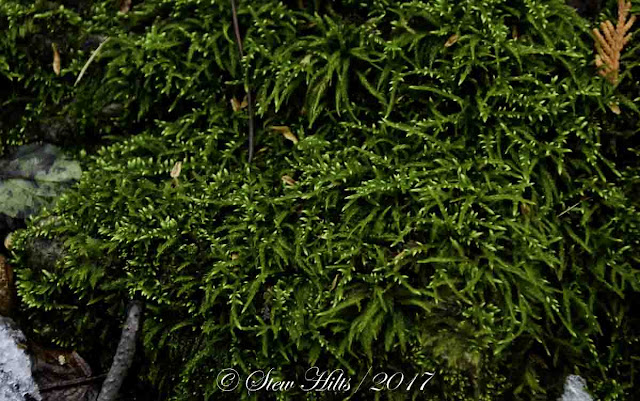 At this time of the year the main green you see is the moss on the rocks.  And there were several like these which I do not see very often.  Somehow I need to find a way to learn more about mosses, they're so common along the trail. 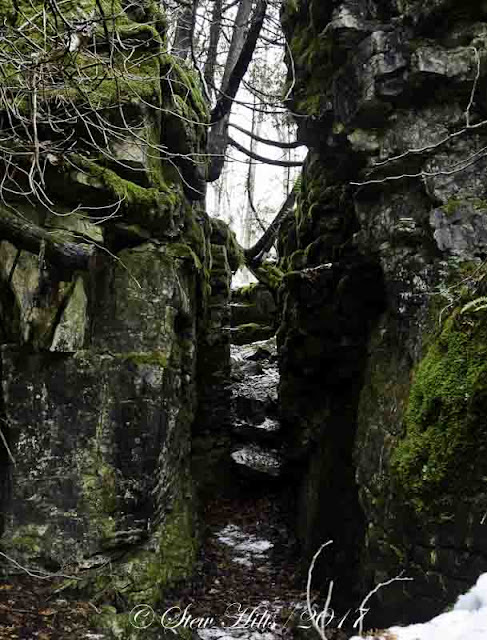 Then I got to the first crevice, the trail went straight through it. 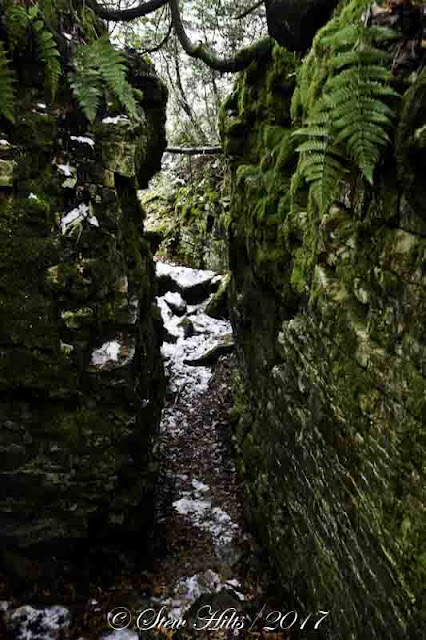 This was a short and simple crevice, not too deep, and certainly not claustrophobic.  I had read about the crevice on the trail, but this was obviously just a warm-up. 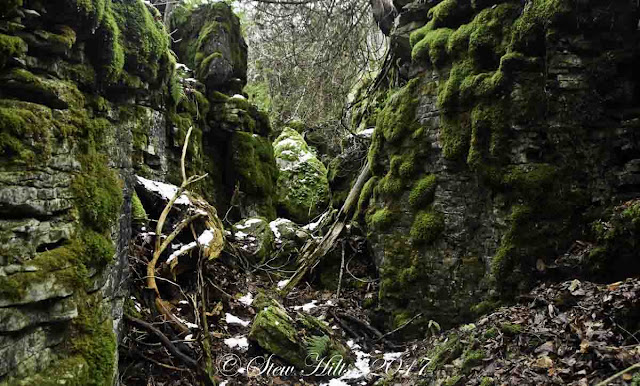 Taking pictures down in the crevice is a challenge because the crevice is dark, while the sky above is bright.  Lots of mosses on the sides of the crevice.  I went straight through and out the other end. 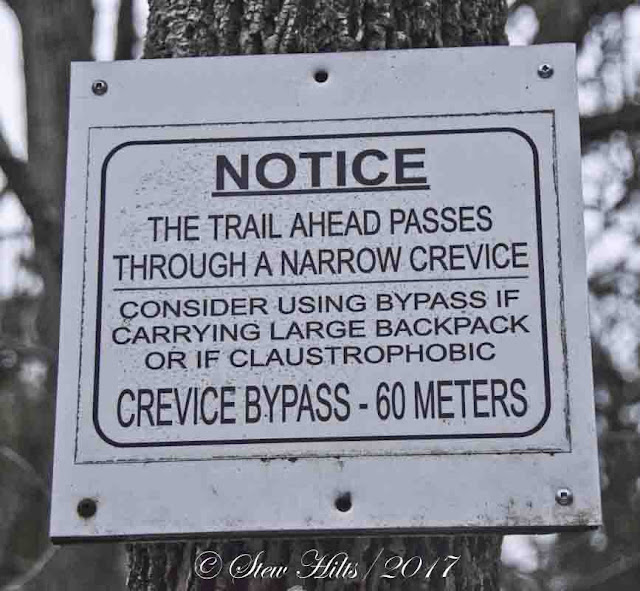 Continuing on the upper level, in a short distance I came to this sign.  First time I've ever seen a crevice described as claustrophobic, although there are lots of interesting crevices along the Bruce Trail in a number of locations.  At any rate, I was alone, and I could not find any white blazes beyond this point.  Maybe you had to go through the crevice to find them.  Time was passing and I had to head back, so I left this crevice for another day, planning to bring a friend to help me find it, and maybe hold my hand!  That will be Part II.