The key contribution of the Bighead River was the harbour for Meaford.  And in times past it was much more a focus of industry than now.  Agriculture and forestry dominated the early economy, with exports of grain and hay on the one hand, and furniture or similar manufacturing on the other, similar to many small towns in this part of Ontario. 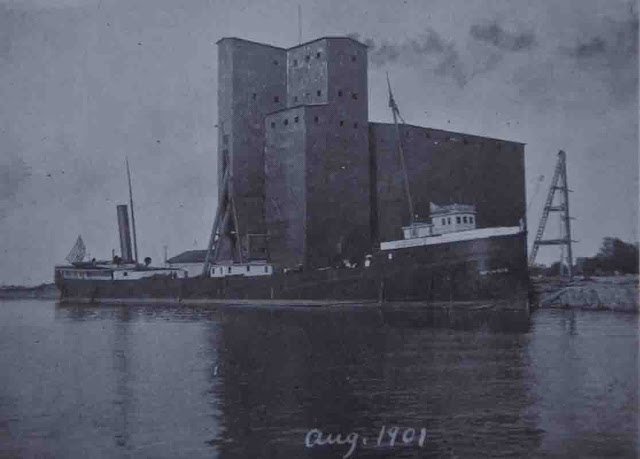 I did manage to find a local history book, Pictorial Meaford, which is an amazing collection of photos.  This one shows the old grain elevator on the dock, and a freighter tied up to take on grain.  Bigger harbours have outdone Meaford, and no more freighters arrive here; the grain elevator was taken down decades ago. 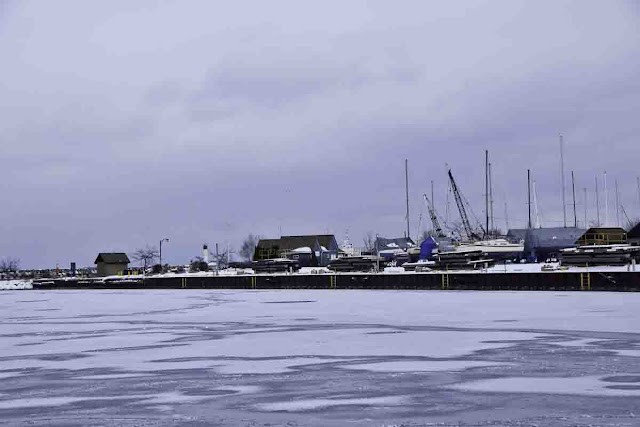 This is as close as I could get to the same view to day.  Not much sign of industry except for the working barge with its cranes.  Instead it's sailboats and floating docks up on the shore for the winter.  At one time the harbour was surround by industries, but there is very little left to see, but chasing down these pictures will give me a lot more appreciation of where I am when I go walking out to the pier. 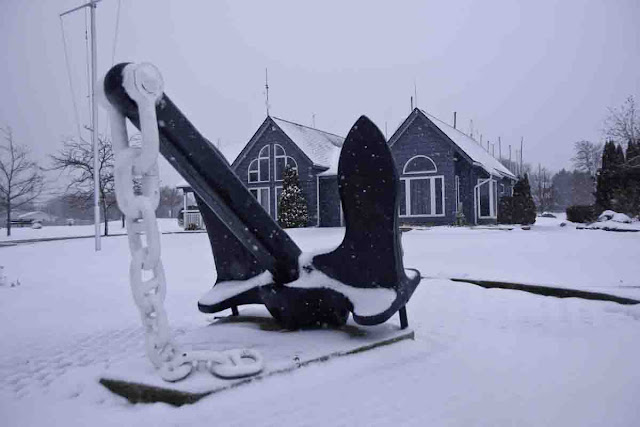 This anchor sits in front of the Harbour Master's Office, presumably tangible evidence of the big old freighters that once docked here. 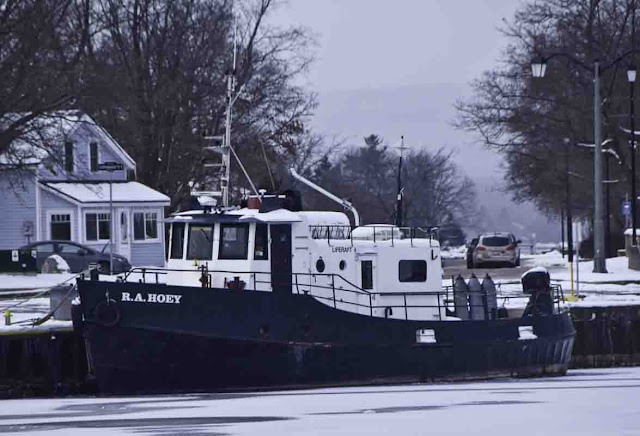 I do see the tug R.A. Hoey docked on the far side of the harbour regularly.  Don't know what it does at all yet, but at least a little evidence of a working harbour. 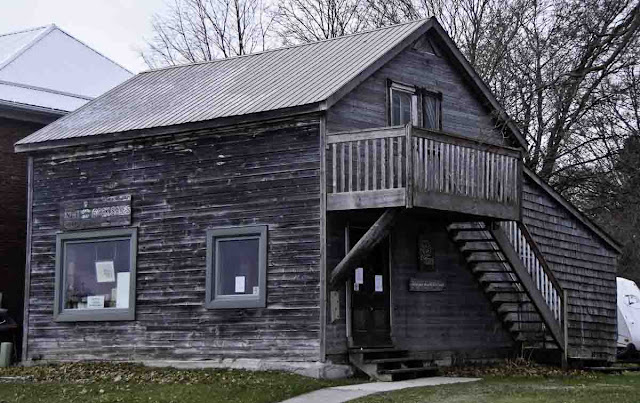 Two historic buildings remain.  This is the Netshed, a used book store stocked by donations and run by volunteers to support the local library.  And yes, it is an old netshed, right on the harbour. 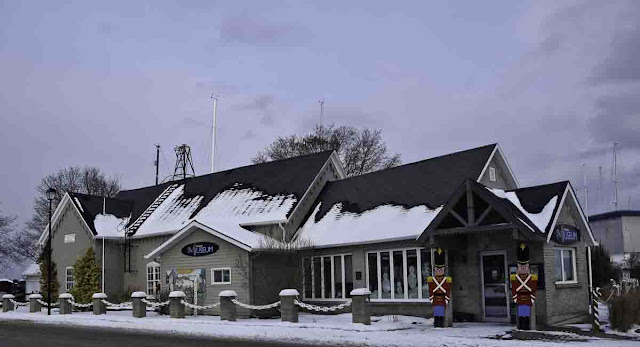 Across the road is the town's old pumphouse, refurbished and now serving as a museum.  It has a room devoted to models of old Great Lakes freighters.   Lots to learn there I expect. 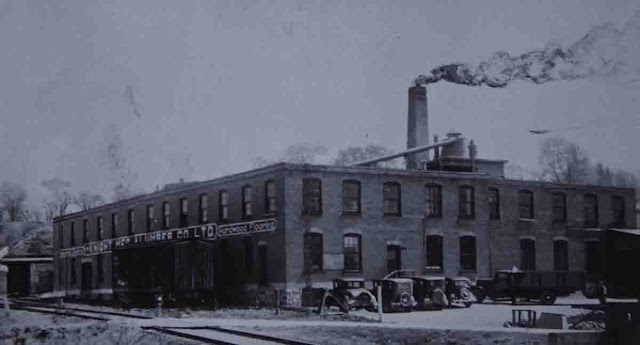 There's only a little evidence of former industry even away from the harbour, but this hardwood flooring mill still stands.  The railway tracks ran right past it. 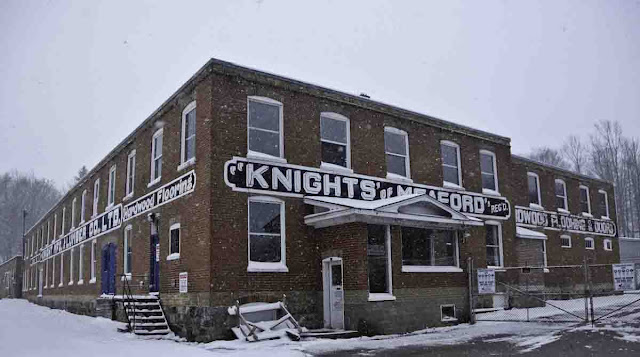 Here it is today, sitting vacant I believe, but this was once a thriving business that exported hardwood flooring around the world. 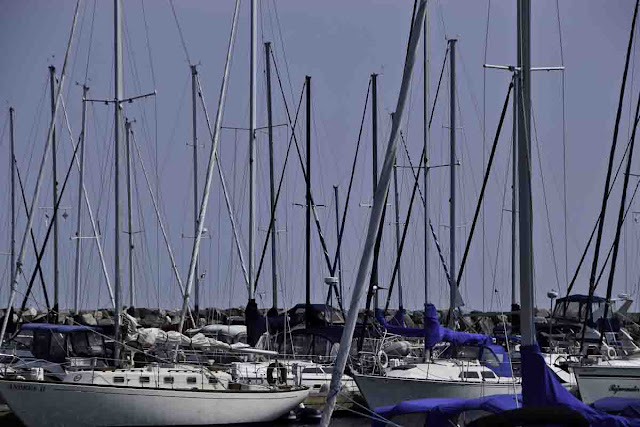 Nowadays it's a recreational harbour, full of sailboats in the summer.  A typical but large shift in the economy of this small town. 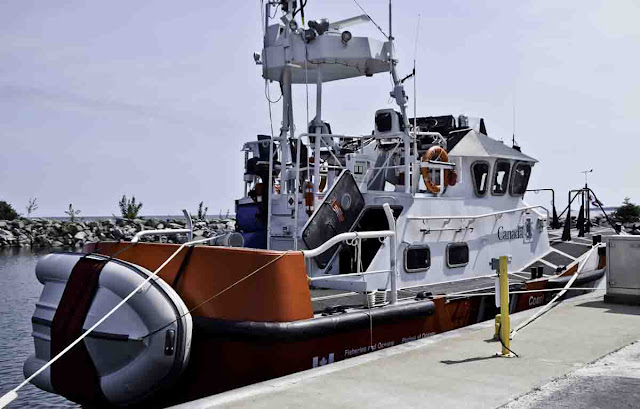 I do like the fact that we have the Coast Guard Station for Georgian Bay, a little bit of legitimacy for this harbour.  Tomorrow - the railway.

I did find one online report from the Ministry of Environment that described the Bighead River 40 years ago, and it was a pretty positive report, to quote:

"The Bighead watershed is one of the highest quality watersheds in the Southwestern Region of Ontario. The watershed has good base flow conditions, and much of the watershed is characterized by cool, clear streams which provide good trout habitat. In general, the watercourses are favorably low in plant nutrients; hence there are no aesthetic problems resulting from excessive plant growths. The Rocklyn Creek tributary, Walters Creek tributary, as well as the main Bighead River upstream from Bognor, are of particularly high quality and support excellent invertebrate communities."

I'm sure that some of this high quality is due to the widespread presence of forests and wetlands in the watershed and the relatively low impact of agriculture.
Posted by The Furry Gnome at 7:10 PM