The Moods of Georgian Bay

Even in the years before we moved here, on my occasional visits to Meaford, I've been impressed with the many moods of Georgian Bay.  I think you'll likely see a lot of different moods in my photos in the future as I watch to capture the changing skies and water.  At this time of year an awful lot of those skies seem mostly grey! 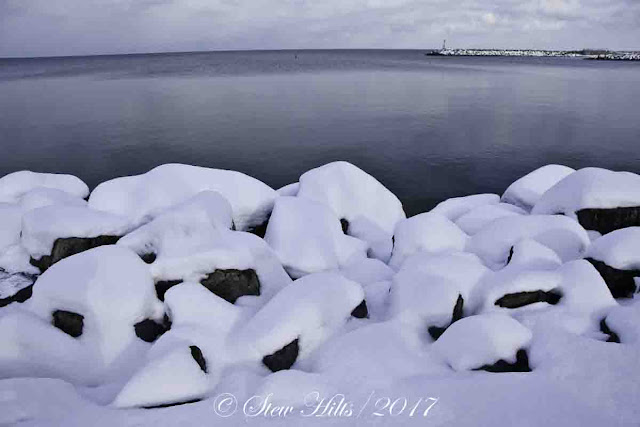 I've been down to the harbour a couple of times this week.  It makes a nice walk from one end of the public waterfront out to the breakwater lookout, and back again. 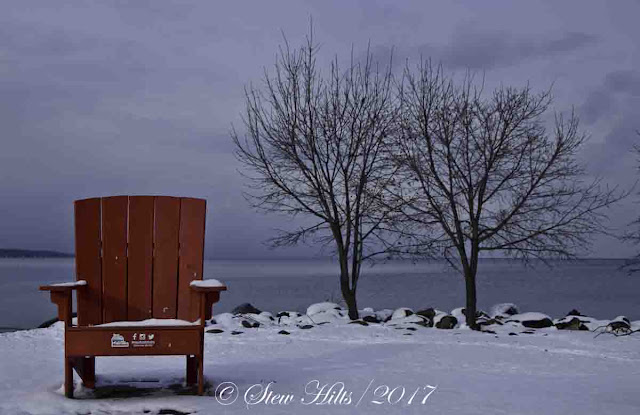 I'm slowly gathering photos of Meaford's 'Big Red Chairs' too.  Once I have them all, I'll tell you the story. 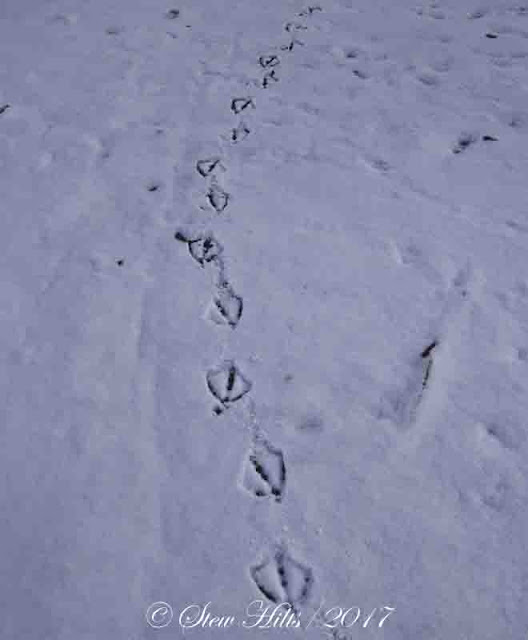 There's obviously a pair of geese in the beach area.  Nothing else would have tracks this big at this time of year - about 4" across. 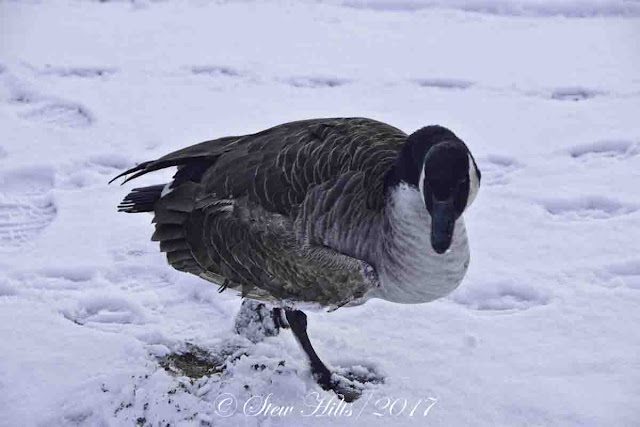 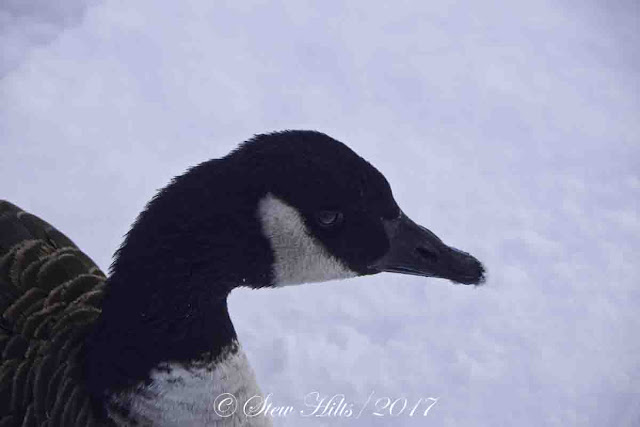 I turned around and there they were, headed straight for me.  This one stopped a couple of feet away, obviously used to being fed here. 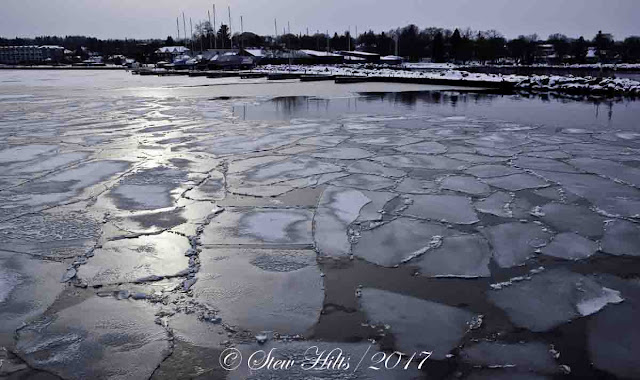 I left the geese behind and walked over to the main harbour.  What a change from two days ago.  Much of the harbour behind the breakwall is now frozen, not very thick, but it's ice.  These ice flows seem typical out in the area where the wind can break it up; they'll freeze, break and refreeze for the next 2-3 months. 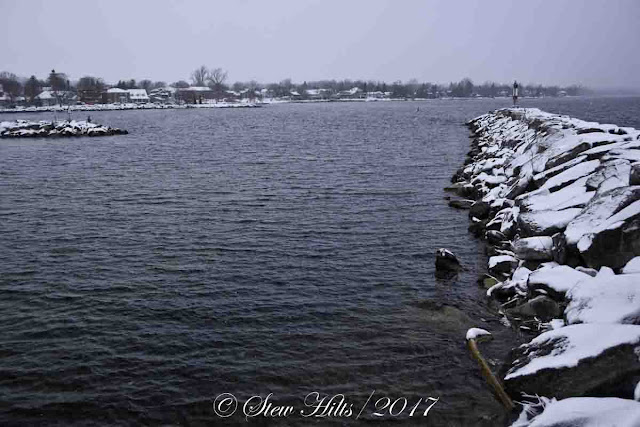 This was the view two days ago. 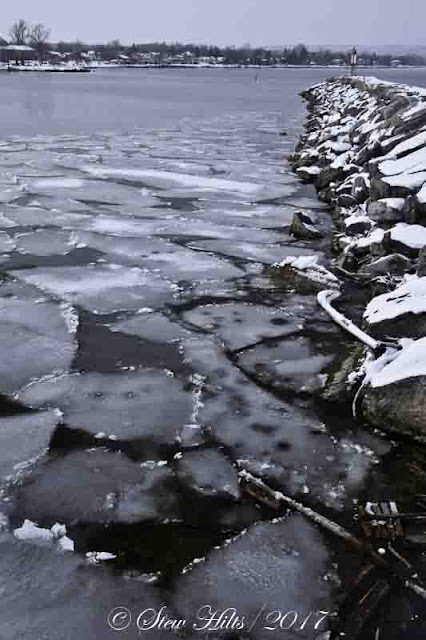 And the same view today. 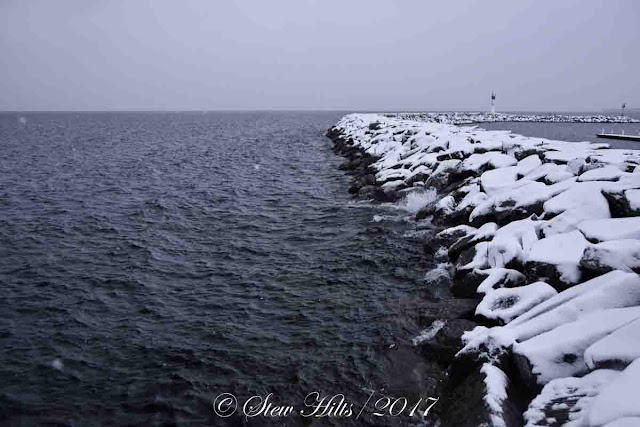 Looking the opposite direction, two days ago it was a little rough, with waves rolling in and splashing on the rocks. 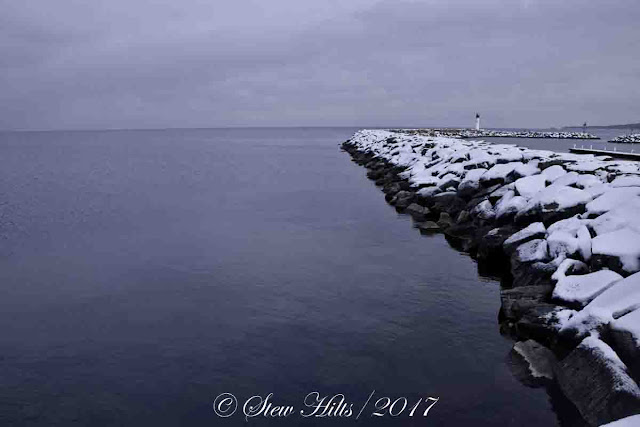 But today it was almost like glass - the moods of the bay change constantly. 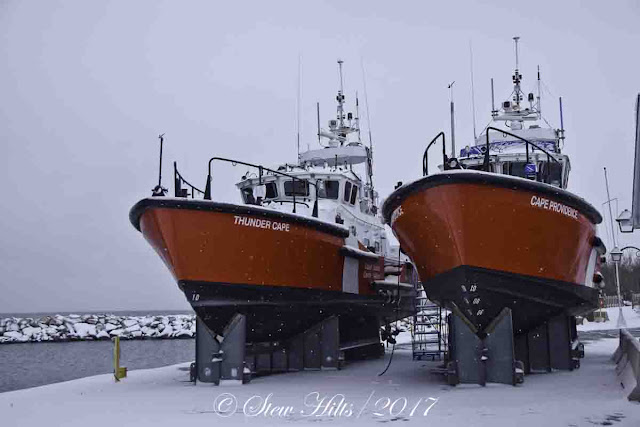 I ended my walk over at the Coast Guard Station, where these two Cape-class boats are out of the water for the winter.  The Cape Providence is based here much of the summer, and patrols Georgian Bay, while Cape Thunder patrols Lake Erie and lower Lake Huron.  It's only here for the winter.

I'm off for my enforced "vacation" tomorrow.  I hope to be back in about a week.  I'll be thinking of all of you.