A few shots of barns I've accumulated over the past few weeks and haven't shared yet.  I'm increasingly getting interested in the stories of these barns, not merely the pictures of the barns themselves.  Once the weather is less wintry, I think I'll approach a barn owner or two I know (or some that I don't), and get a bit more detail on these buildings that are such a big part of our landscape in and around the valley. 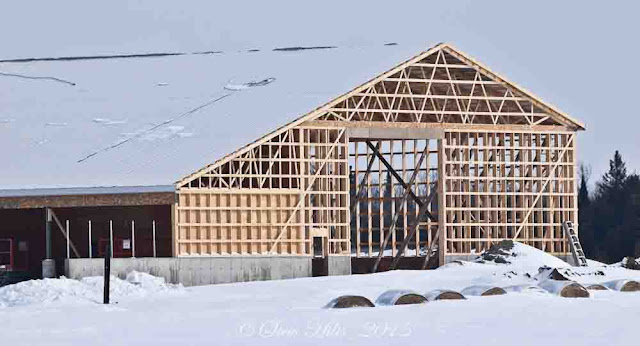 I just spotted this one for the first time today, though it's on a road I often drive.  Either it's gone up very quickly, or I've been daydreaming as I drove by.  I'm interested in the framing, since I've done a bit of building myself, and the modern framing is such a contrast with the old barns.

It's quite a large modern one floor barn, I presume for a cattle operation.  It's good to see the investment in such barns here in the valley.  This is on a farm property where the old farm house is gone, and there's just a barn, which says a lot about the evolution of modern farming here, farms need to get bigger and bigger to survive. 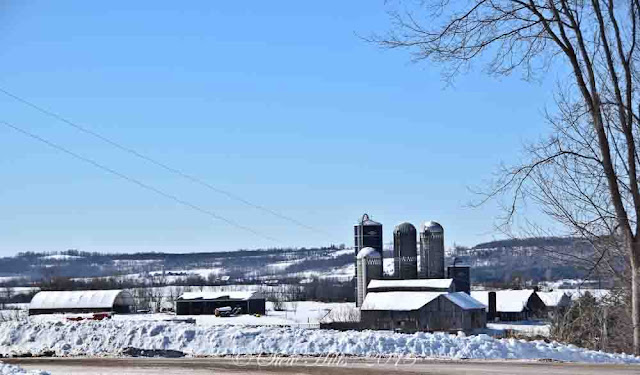 This is one of the biggest operations I drive by; we see it just as we turn a corner, and I've always been struck by the number of modern silos.  There aren't many farms like this around here! 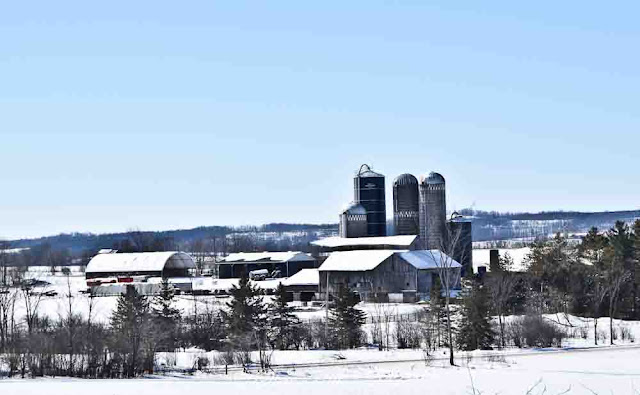 If you look carefully you can see a dark line of cattle outside on the sunny day, to the left of the main barns, and the right of the modern rounded hay shelter.  They look like Holsteins, and I assume this is a dairy farm.  Those silos enable the farmer to feed high protein feed to the cattle, needed for the milk production. 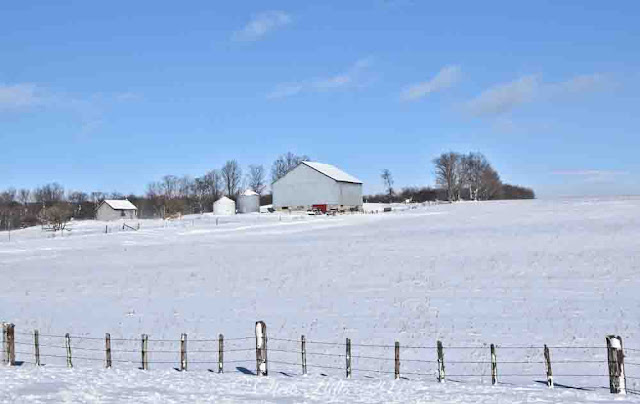 I don't drive by this one very often, but I've noticed it for years.  There's also no house left here, but the barn is actively used for cattle, which graze in the fields in summer.  The lane was plowed here, and you may be able to spot two pickups in beside the barn.  They must have some cattle here for the winter. 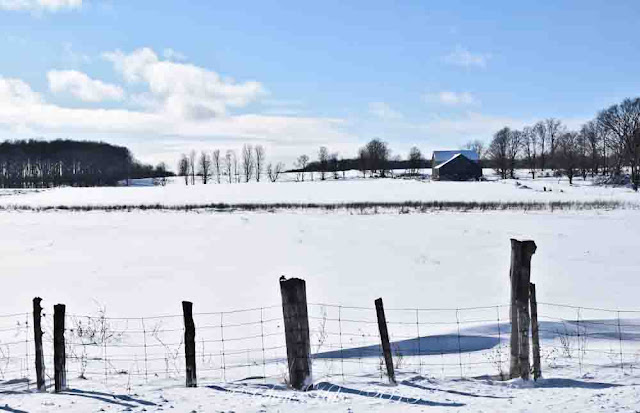 Remarkably, yet another barn where no house remains, but the farm is actively used for grazing.  There didn't appear to be any cattle in the barn this winter though, as the lane wasn't plowed here. 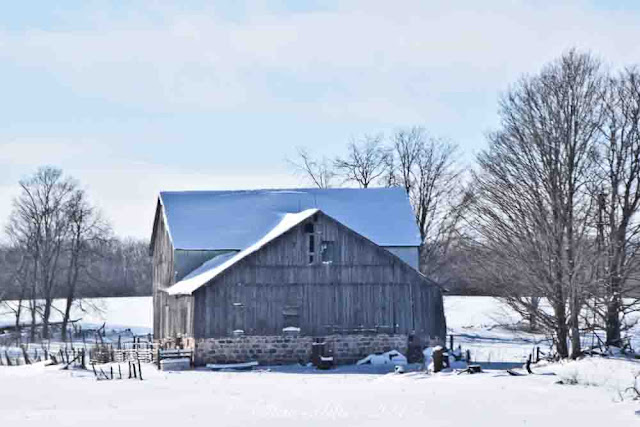 It's a beautiful big old barn, but when it's no longer actively used, I wonder how long it will last.

We non-farming folk drive around and simply see farms of various sorts, and don't realize the complexity of the agriculture that's going on.  Individual farms are all unique with their own stories, and there's an incredible variety of situations faced by farmers on different farms.  I guess these pictures of barns serve their purpose if they get me more interested in understanding agriculture in the valley.