I had reason to drop in on a farmer last week, to chat about hayfields he leases from the Bruce Trail Conservancy.  But most of our chat was about the grain elevator and storage operation he runs on his farm!  Having taught in the agricultural college, I was fascinated. 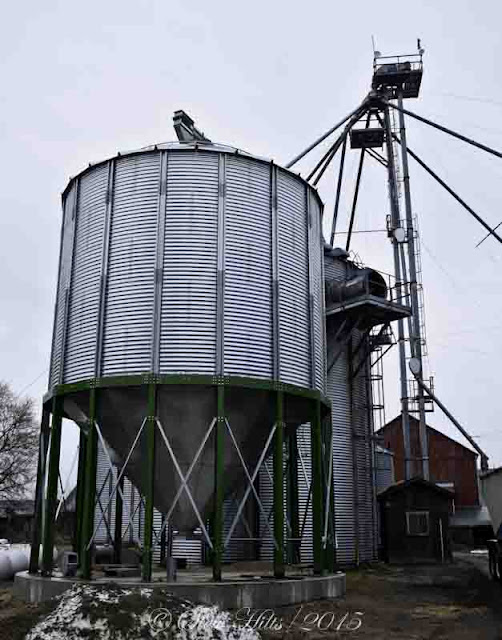 He let me take a few pictures, and told me about their basic operation.  They receive and store grain from local farmers, primarily corn, wheat and soybeans, the most popular cash crops around here.  Then they ship it off to the different mills that will ultimately use it to make flour, oil, or other products. 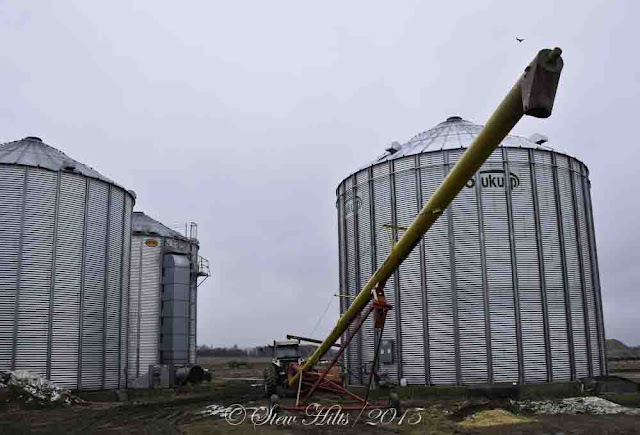 With the shift in agriculture away from small mixed farms where every farmer grew a little grain to help feed his cattle, to greater specialization, you now find huge fields of grain grown for sale.  This grain has to be stored (and sometimes dried to a specific moisture content first).  Not many of these sorts of farmers have their own storage facilities.  So this farmer provides a service by storing it here, and shipping it when it's needed by the purchaser. 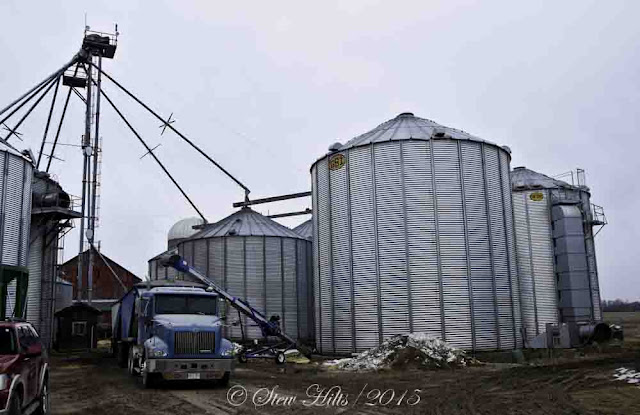 While I was there a truck pulled in for a load of soybeans, and they quickly had things set up to load it from a nearby bin.  These bins are enormous!  A different world from the small grain bin a few feet square that my uncle had in his old farm barn 50 years ago! 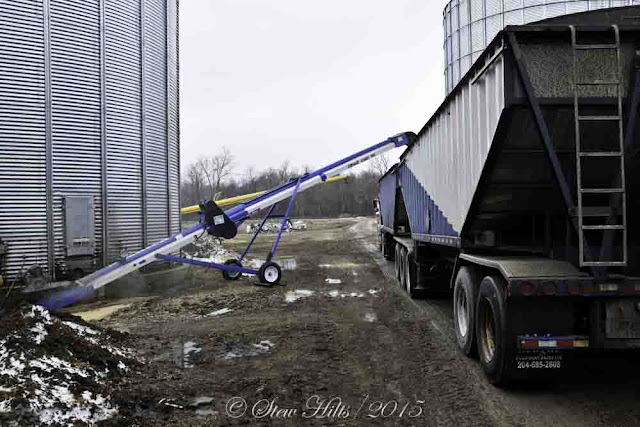 The beans were simply loaded with a tractor-pulled auger bringing them up from one of the big bins and dumping them into the truck once the tarp on top was pulled back. 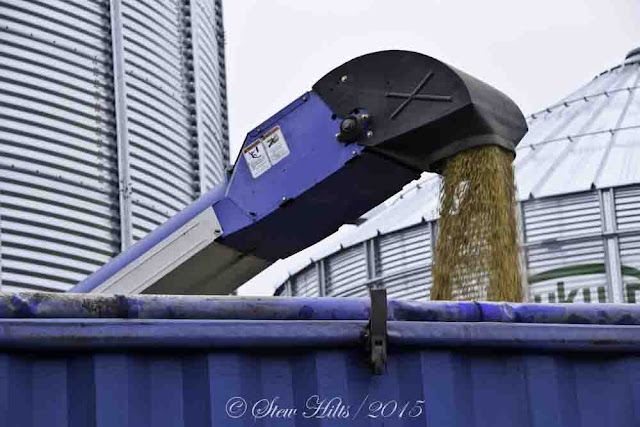 And here are the soybeans slowly filling the truck.  Within a few hours these will be in a mill in Hamilton, being milled into soybean oil.  In effect, these huge grain storage bins are one way the old general purpose barn and small silo has been replaced with something modern and very different. 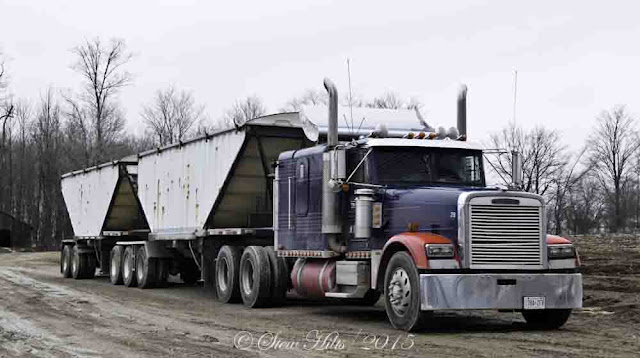 The trucks they use are huge!  Most mills want the grain delivered at the last minute just before they process it, which is one reason for the spread of these on-farm storage operations.  During the harvest season they try to move the grain through and out as fast as possible, to keep making space, but last year they ran out of storage space and farmers had to hunt elsewhere for facilities that could take their grain. 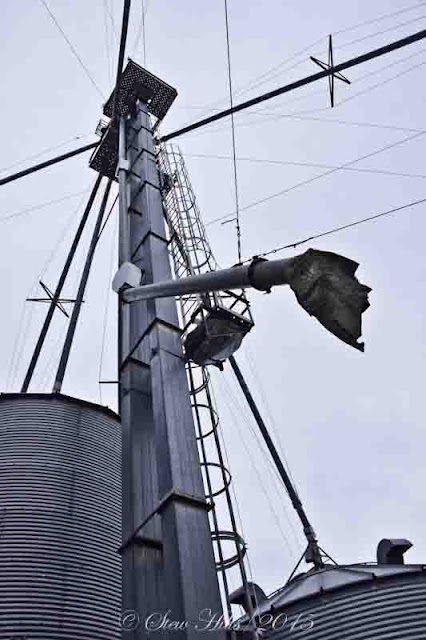 I'm always fascinated by all the pipes connecting some of these huge bins, including the drying machine.  They enable the grain to be unloaded, shifted around between bins, dried, stored, mixed and loaded again as needed.  You just see the pipes, but inside there might be grain moving if the elevator is working. 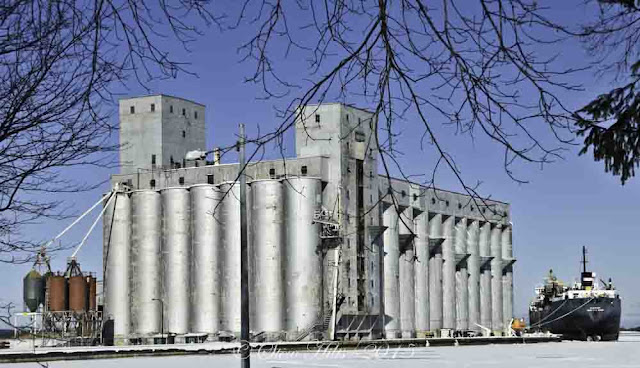 In contrast with this small on-farm elevator, this is the huge grain elevator on the harbour in Owen Sound, which I have shared before.  This is a MUCH bigger operation, and serves both as an import and export facility.  Here grain is imported to southern Ontario if needed by ship from the prairies (via Thunder Bay), and might also be exported from southern Ontario to market, including overseas markets.