A big storm was forecast, with maybe 15-20 cm. of snow (6-8"), but I was a bit cynical, winter has broken so many promises this year.  It started about 9.30 yesterday morning, and for several hours was just tiny flakes falling gently to the ground, not those big fluffy flakes that accumulate so fast. 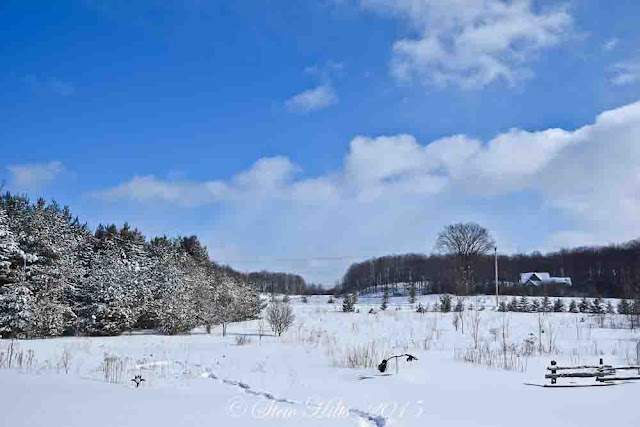 By this morning we just had beautiful sunny skies, but yesterday there was a big blue blob on the radar, stretching all the way from Iowa to Montreal.  It just slowly moved east all day and all night. 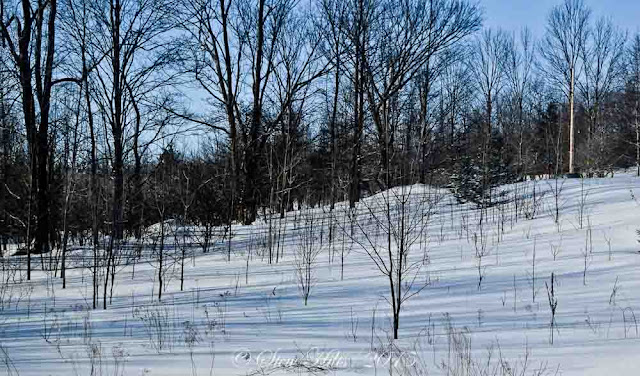 By nightfall it looked like we might actually get those 15-20 cm., and I went to bed thinking I'd be on the snowblower in the morning.  I was wrong!  But there were some neat shadows across the front lawn from the morning sun. 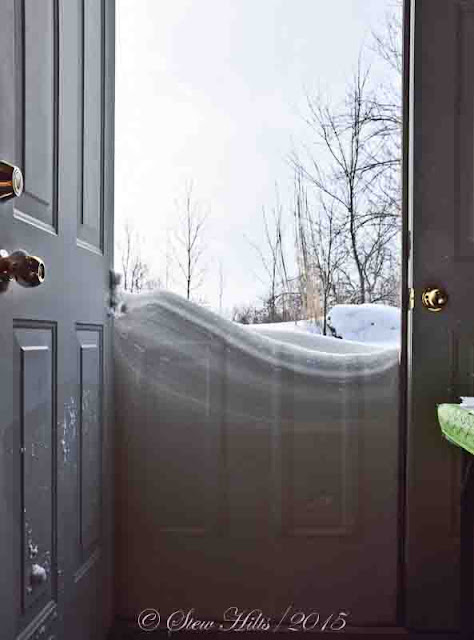 I thought I'd just check out the side yard too, and guess what I found when I opened the door!  This storm came with an east wind, and obviously built a substantial drift out here.  I've never been able to see that before, 3 feet high where I measured it! 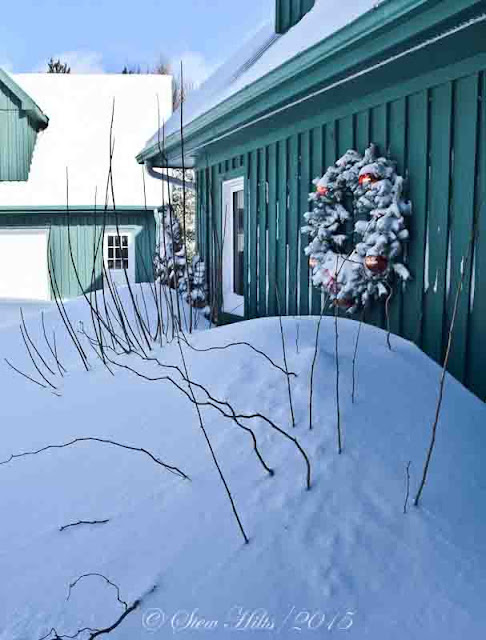 Eventually, after a couple of fortifying coffees, I headed out to blow the driveway, but the snow had continued heavily overnight, accumulating in big piles and drifts on the leeward side of the house.  Snow caught in the bushes here is 4 feet deep, and it felt like 15" deep walking across to the garage. 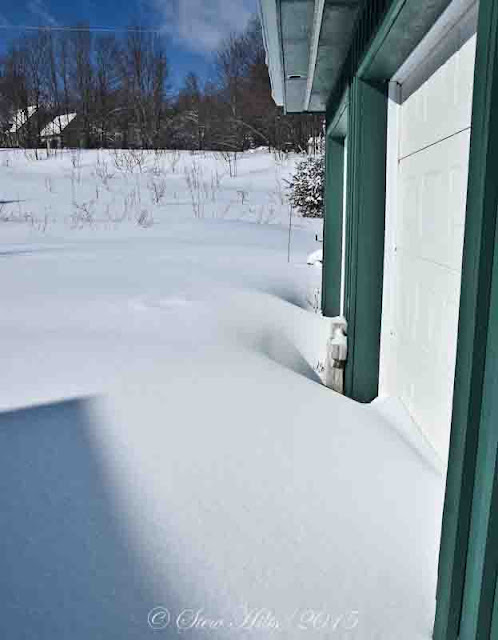 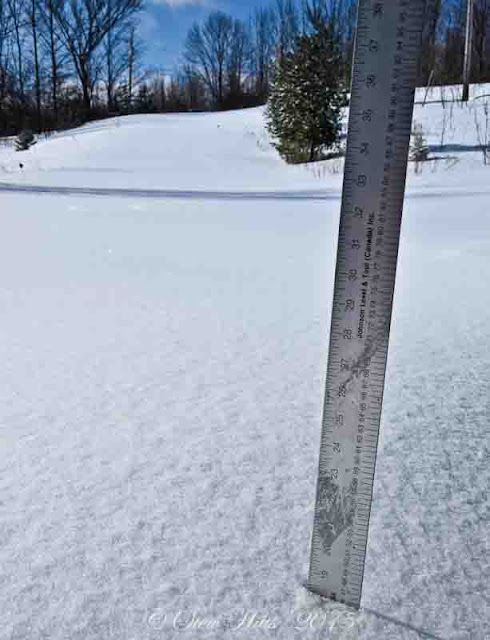 The view up our driveway was looking daunting at this point.  Can you see what that reads?

Just in case you can't, it's just over 18", or 46 cm.!  I have to back the car out first to get my big snowblower out, and guess what?  The car wouldn't go through this, and my wife keeps a vigilant eye out to make sure I don't actually shovel any snow.  Before the car got stuck, I decided she was right, and we needed some help. 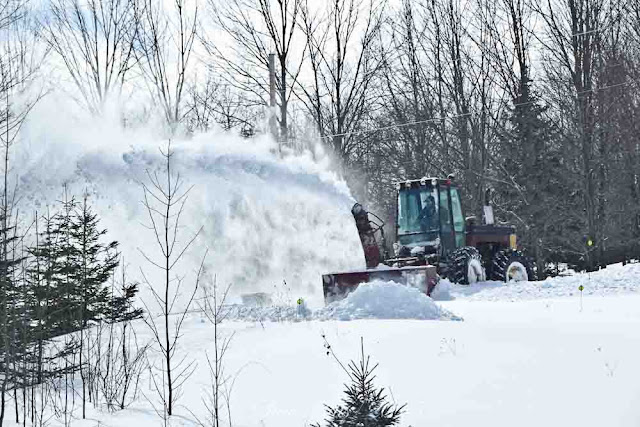 So I called and left a message for our friendly neighbourhood farmer with his big snowblower, knowing we didn't have to go out anywhere today anyway.  He arrived by about 3 o'clock, having a very long day himself. 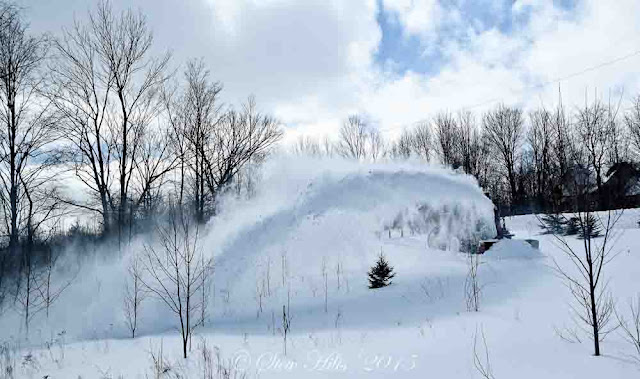 It was a slow job, even with his big blower.  The fine flakes had packed together tightly, so it was heavy snow, and so deep that it would overwhelm his 2 foot blower if he didn't go slow.  But still, it was about 8 minutes and our drive was clear. There's a time when my winter toys just aren't enough!  And so nice to know your neighbours!

And in two days it's supposed to be back above freezing, and by next week it's going to hit 15°C.  What is winter coming to?!?!